This morning Javila and I both woke up early so she could give me a hard hat tour of Brix. Thanks Javila!

We walked through their just staged brownstone unit on leafy 10th Ave and a number of unfinished two story lofts and flats. They’re currently about 2/3rds sold and expect to receive their temporary certificate of occupancy towards the end of July.

They have a dizzying array of floor plans. Enough to suit almost every type of customer. Though I personally would shy away from the units facing into the courtyard. As I posted earlier they are partnered with HTI for home automation stuff and Javila says they’re seeing a lot of folks getting surround sound and wall TV mounts. With a few people getting fancy automated blinds.

Kind of surprisingly after seeing all the units I think my favorite one is the brownstone as it has good separation of space while some of the other spaces feel too open (I can’t believe I wrote that either but as I’ve started sharing my space with another person the wide open loft thing is losing some appeal.)

I also like the idea of moving the TV to a separate space other than the living room like you can do with this floor plan:

(Trace North has a number of similar floor plans with den.)

This is primarily a result of me trying to figure out how to incorporate a TV into my living room. It and its required furniture just doesn’t fit well with a nice part of art on my living room wall and its driving me crazy.

Here are some photos from their staged brownstone unit. 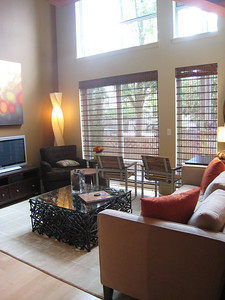 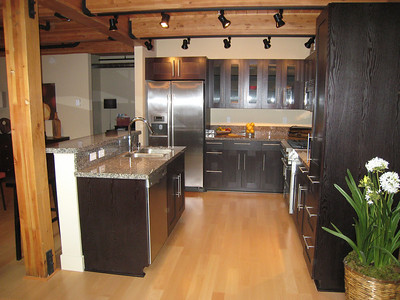 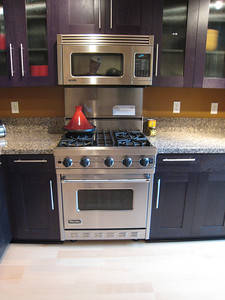 View from the den overlooking the living room: 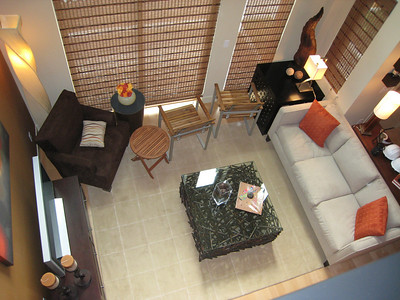 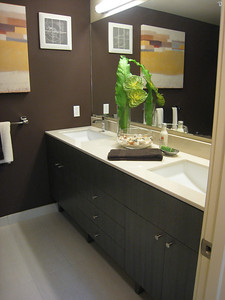 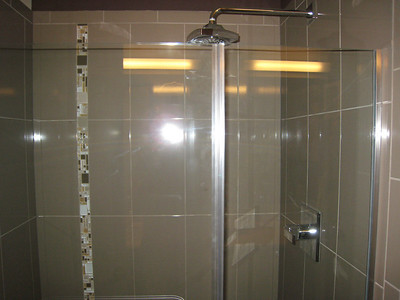 They also have a great view from the roof top deck. Notice the old QFC finally being torn down! Yay! 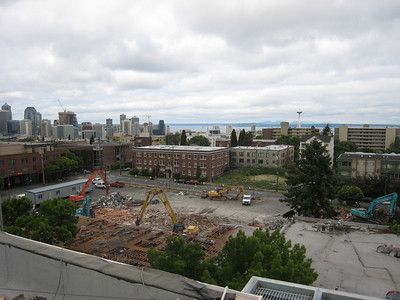 View all the photos including ones of un-finished units.

The downsides to Brix? The north part of Capitol Hill hasn’t been that nice but with the QFC coming down and new retail coming in that will change just like 12th and Madison has changed. The units don’t really have views but not everyone is a view freak.

Courtyard Modern Loft at the Brix

Two Story Condo at the Brix