I’m looking for a new media console/credenza to put a television on.

Something about 50″ wide, not too tall, deep enough to accommodate a 16″ deep living room PC, very minimal looking, but not so minimal that it doesn’t have doors. I want to hide my classic Nintendo, XBox 360, VCR, amp and aforementioned LRPC in it. Along with some other crap.

Here’s a gallery of some of the ones I’ve found.

This is the leading contender from West Elm: 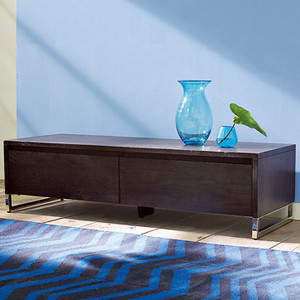 Or perhaps a black-brown Besta bench from Ikea with simple doors on it.