I recently toured Rollin Street. Again, no photos from me since Vulcan like 1521 prohibits photography. Though Vulcan did share these photos: 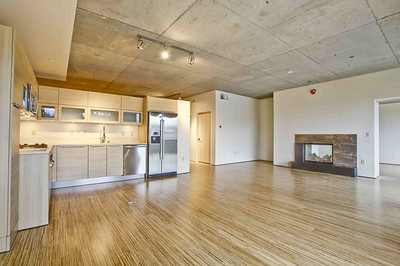 Sounds like Rollin has about 52 signed purchase and sales for 208 units. They’re expecting their temporary certificate of occupancy in the first week of March, so buyers if they can get financing will be moving in soon. In terms of foot traffic they’re getting 40-80 people a weekend. And they’ve dialed down their marketing budget and redirected their marketing budget into providing buyer incentives.

I do think Vulcan has a lot of work ahead of themselves to sell the remaining units. I think the project would have been much more successful at half the size.

Interestingly Rollin is going to feature a basketball court as one of the community amenities: 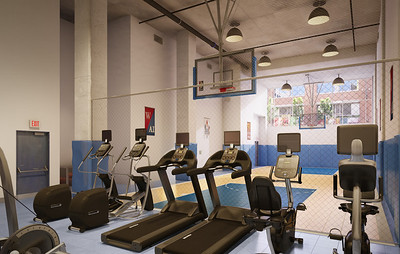 Another amenity is a bike wash in the garage. I wish I had one of those!

Sounds like Rollin buyers are just as anxious as the Veer buyers, Broken dreams and ghost towns in the sky, cont.:

Speaking of such, a group of Rollin Street buyers met last night at a coffee shop to discuss the fate of their purchases. This was a group of committed buyers who had bought into the vision of the neighborhood so effectively conveyed at the SLU Discovery Center, not a group of speculators looking to exit their contracts unscathed.