While inventory at the Kundig-designed 1111 East Pike is down to just two 1-bedroom condos, the Decatur is on the verge of selling out of 2-bedroom units. I had the opportunity to tour the Decatur a while back and have to say, the 2-bedroom impressed – which might explain why there is only one remaining in their inventory (#407).

You would think that because the 2-bedrooms are on the lower floors they are less desirable than a unit on an upper floor, but actually the view of the historic building next door is great. I’ll admit I’m a fan of trees outside my window and you wouldn’t necessarily expect such a view to exist among the tall buildings on First Hill. 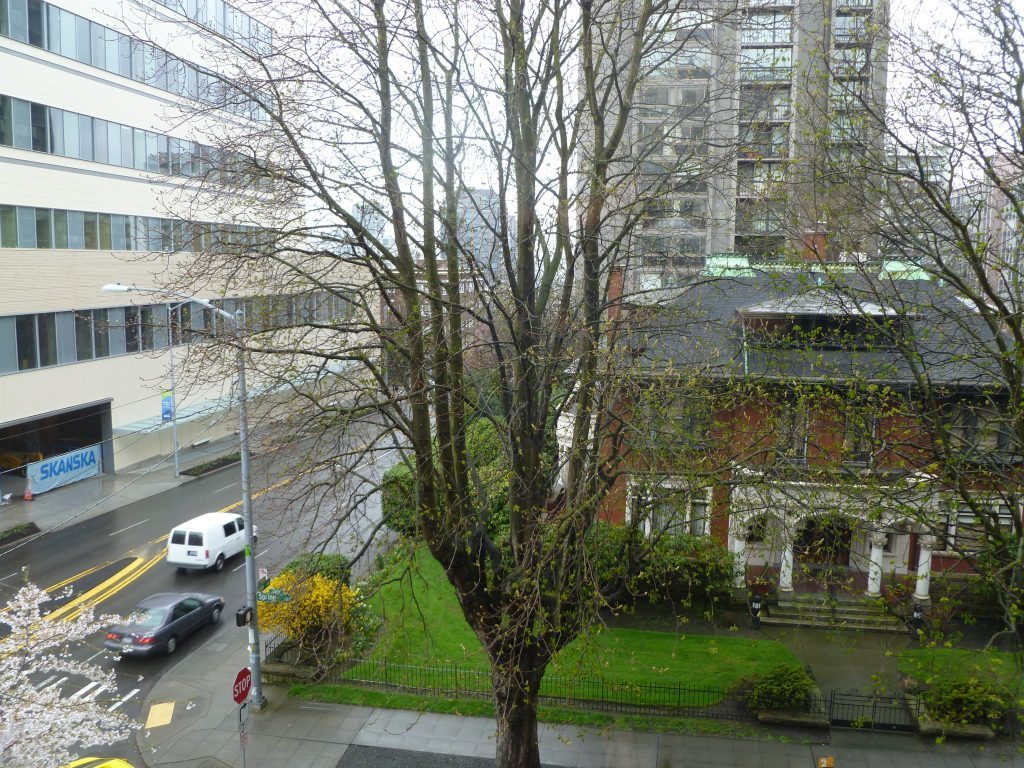