The home was first recruited to be one of five homes featured in a recent Xbox campaign for Kinect, and this week the same home will become the backdrop for a second Xbox commercial.

In 2009/2010, the current homeowners completely gutted and remodeled the residence to take it from a 50-year-old home to a renovated mid-century modern. And for a few days every now and again, it transitions into a set for local filming efforts.

When I snapped these shots Monday evening, much of the surrounding block was signed for “No Parking” and the crew was busy assembling the set: 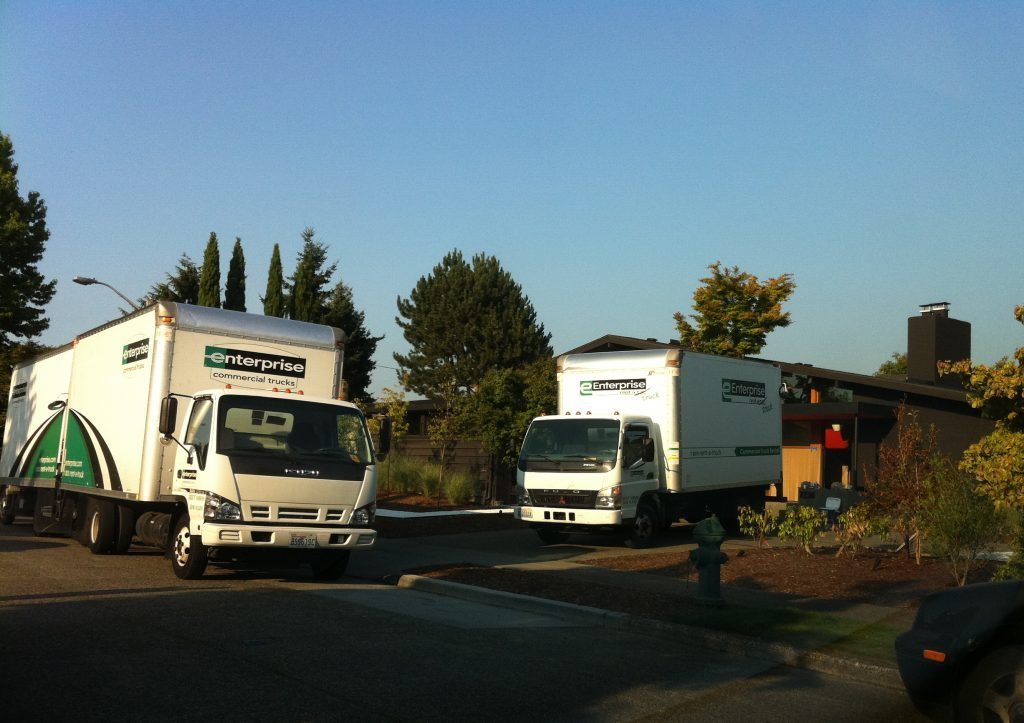 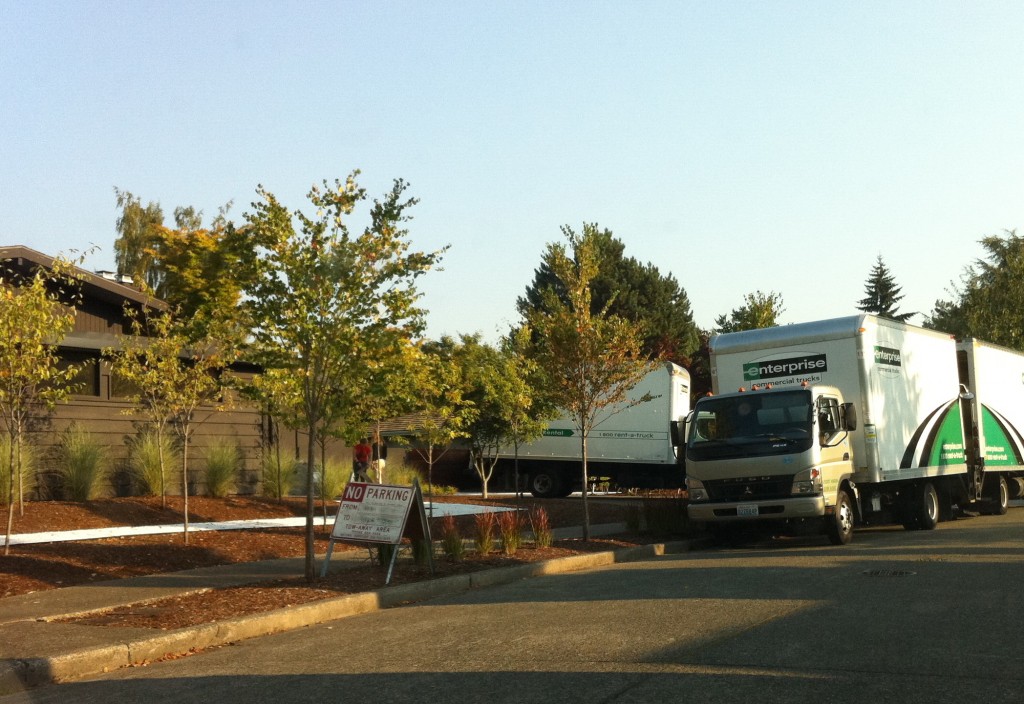 Because this mid-century modern was filmed previously, we can even give you a peek at the interior as is it appears before, after, and fully staged.

The original room before renovation: 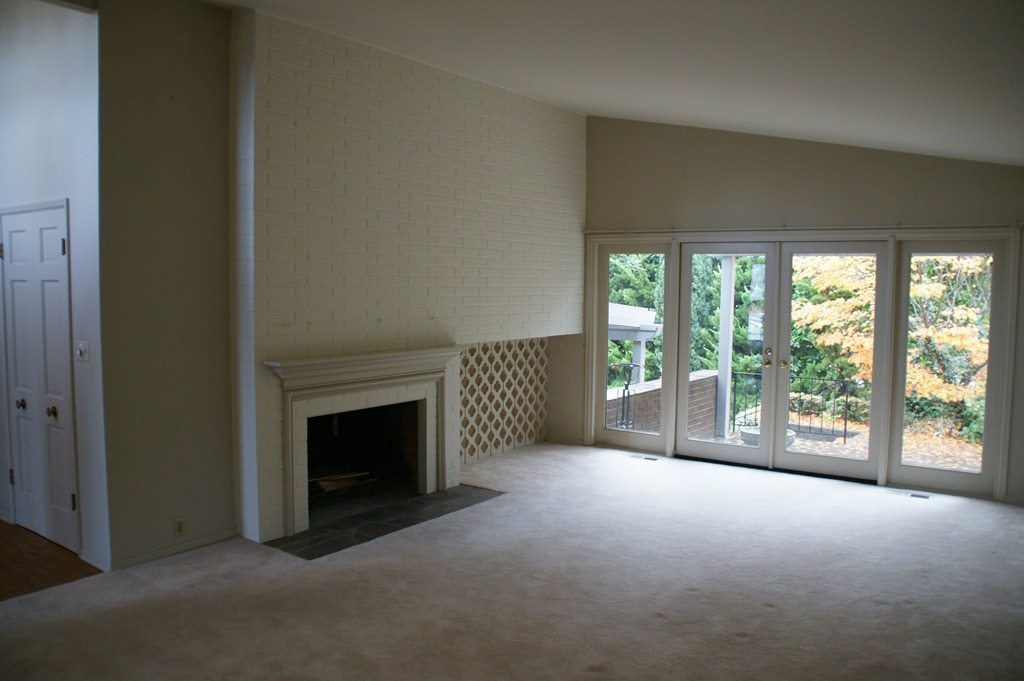 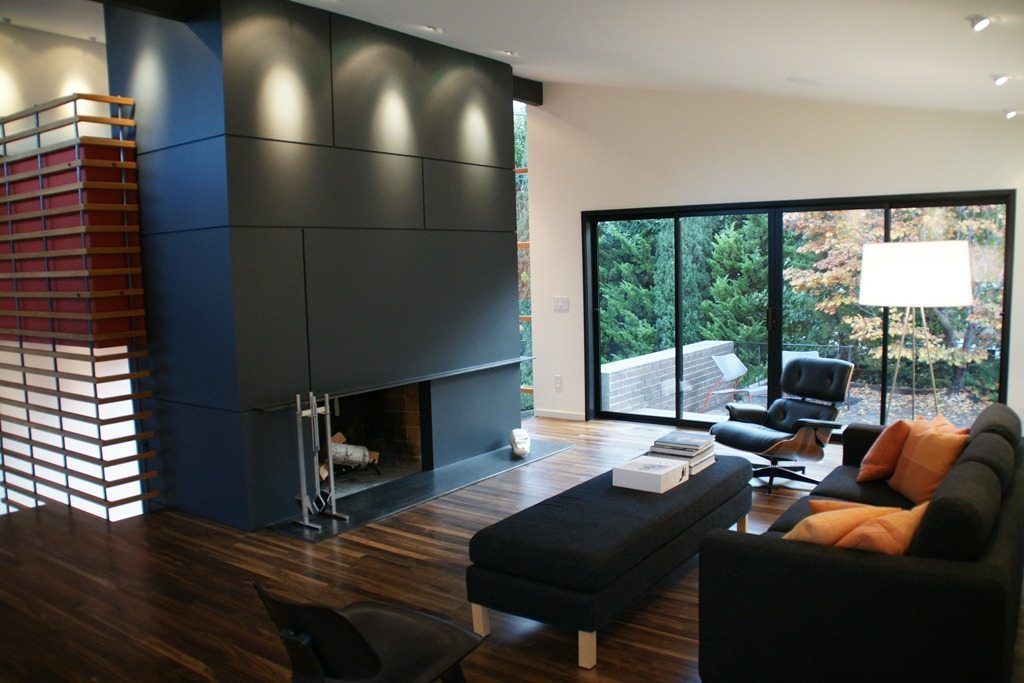 And the dramatized version in the video: 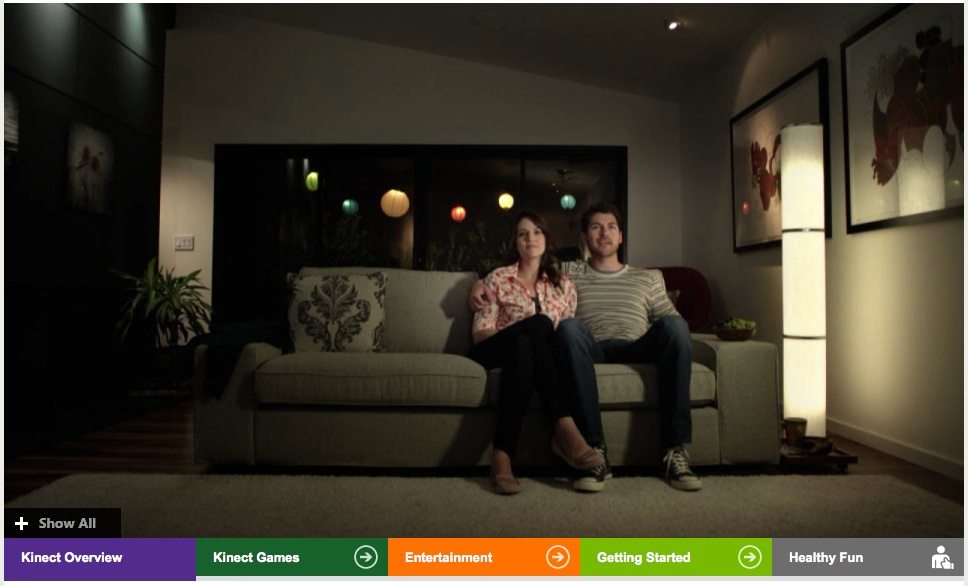 To create the scene pictured above, the exterior of the building was tented to create a night scene outside the windows and all of the furnishings were trucked in to stage the room. The shoot took 1 day (3 days total with set up and tear down).

As for what’s planned for this second time around? We’ll just have to wait and see.