I can’t say this enough, we are excited for the wave of Seattle apartments that will be coming online in the next year or two. I’m even looking forward to the new buildings that will add to Seattle’s architectural landscape, the marketing campaigns as each new community differentiates itself, and especially the incentives inspired by what I hope will be fierce competition for signed leases when the pipeline reaches flood levels.

On the tip of one of Urban Living’s readers, I clicked over to the website of a new apartment building in Lower Queen Anne that is showing signs of leasing activity: AVA Queen Anne Apartments. A peek at AVA’s Facebook page says the leasing office started offering hard hat tours to potential residents for the first time last weekend (Sept 24).

Knowing that this is yet another property in Avalon’s portfolio, I’ll admit to being skeptical. Avalon apartments seem to be everywhere and for the most part, kind of average. But my skepticism thaws when the sketches of the building under construction actually appear to be a cut above Avalon’s norm and achieving LEED certification would be a definite plus. 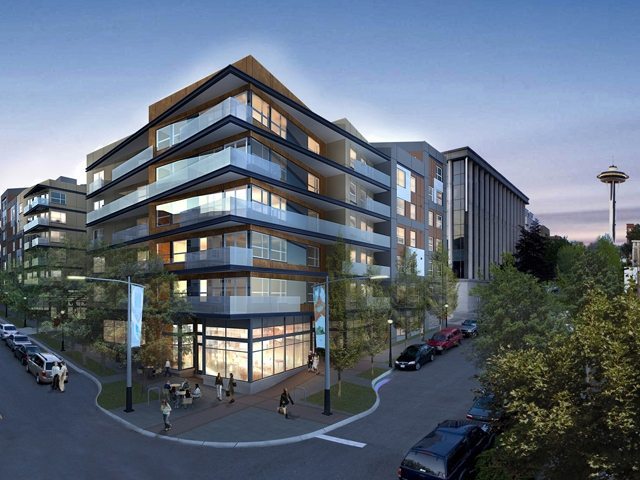 Then I read their opening line:

And I start to look really closely at the marketing images scrolling in front of my eyes:

Well, there you go. Avalon just got youthful :).

This appears to be one of three Avalon properties with this partier positioning (the others being Avalon Belltown and Avalon Nob Hill in SF). And even as I remark that this image is reminiscent of what Microsoft had to edit out of their Kin commercial back in 2010, I also say kudos to AVA.

You just showed me that apartment leasing in the coming year will be far from boring.

Construction is not yet complete on the apartments located at 330 3rd Ave W which is currently pre-leasing. For a run down of the basic information, head on over to UrbanAsh who’s got the skinny on advertised lease rates or visit AVA Queen Anne Apartments’ website.