Penthouse at the Meridian Relists with Lower Price

After a three-month hiatus, the stunning penthouse at the Meridian is back on the market. The new listing features a few fresh photos and a $162,000 price drop. I wonder if that’s enough to attract a buyer this time around, given the potential threats to the unit’s main attraction… 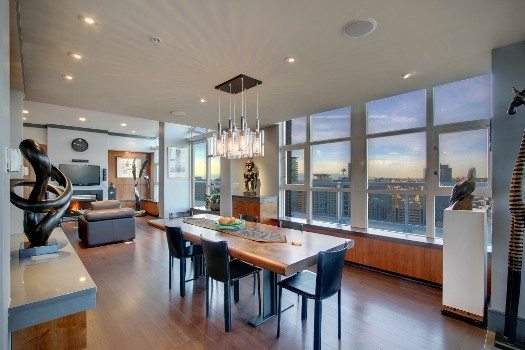 Sure, it’s more of a seller’s market today than it was last year. And sure the interior is custom-built with elegant materials and a contemporary flare. But, the 270-degree views that make up the top-selling point could well change, and not necessarily for the better, given the upcoming development to the north. 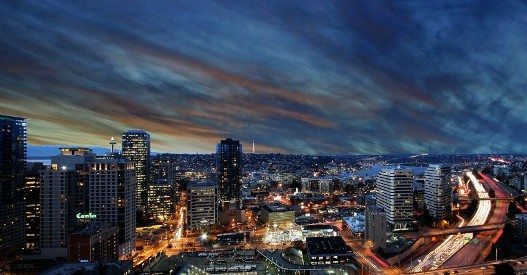 View of Denny Triangle and South Lake Union to the north 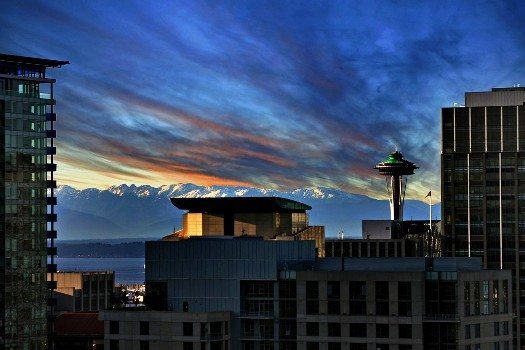 Peek-a-boo view of the Space Needle (Olive 8 is on the left, The Olivian is in the foreground)

As the Seattle Times reported this week, developer R.C. Hedreen plans to break ground next year on two towers, up to 50 stories on the current Greyhound bus station just northwest of the Olive 8 and The Olivian.

A few block away, construction is set to begin in June on the first of three Amazon towers in the Denny Triangle area. And then, if Mayor Mike McGinn and Vulcan get their way, we could see commercial and residential buildings up to 40-stories tall in the South Lake Union neighborhood, including three 24-story buildings right on the edge of the lake.

The R.C. Hedreen development will likely block what’s left of the Space Needle views and some of the snow-capped Olympics. Additional development in the Denny Triangle and South Lake Union could partially obstruct the water views.

With those issues up in the air, you’ve got to wonder if the unit will fetch more than $900 a square foot. Let’s hope the seller has better luck with the listing this time.