The PSBJ has the news on a Little-known European fund plans three residential high rises on Seattle’s First Hill. The three towers would be as high as 30 stories and contain 828 units!

On First Hill, Alecta is working with three Seattle companies. The Justen Co. is managing development of the Terry Avenue and Eighth and Columbia projects, and Keller CMS is handling the one on Seneca. Architecture firm Weber Thompson is designing all three.

The 328 units on Seneca and 215 on Terry are slated to be apartments. Planning for the Eighth and Columbia project is not as far along, and whether its 285 units will be condos or apartments hasn’t been decided. Justen Co. principal William Justen said the developers are “trying to get a better feel for the market.”

The rendering the story has is of 500 Terry designed by Weber Thompson and built by The Justen Co. This duo has collaborated before on projects such as 1512. 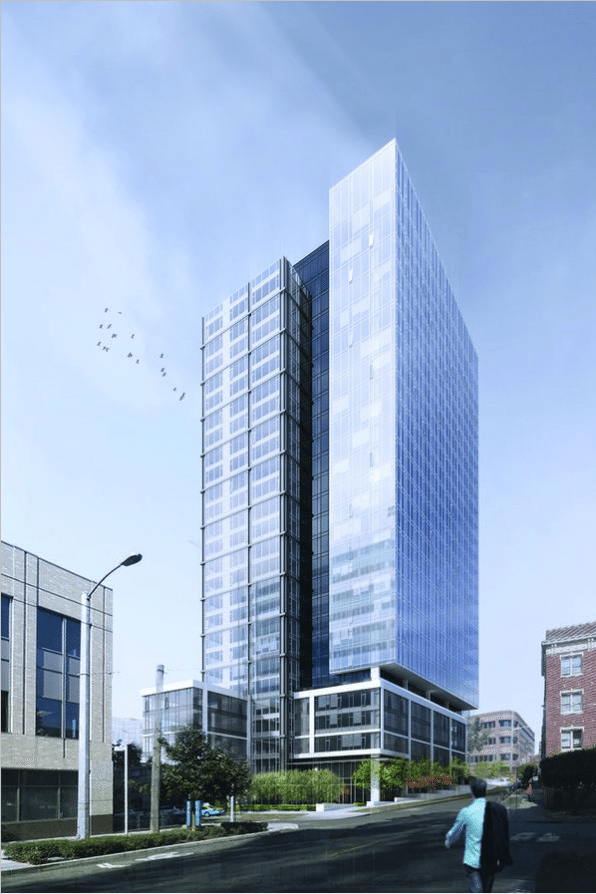 A sneak peek at the Graystone’s 25th floor