The Block That Will Block Views at Olive 8, Olivian, others

New images show how a proposed 43-story hotel will likely block the pricey views some residents  have at the Olive 8 condos and The Olivian apartments. 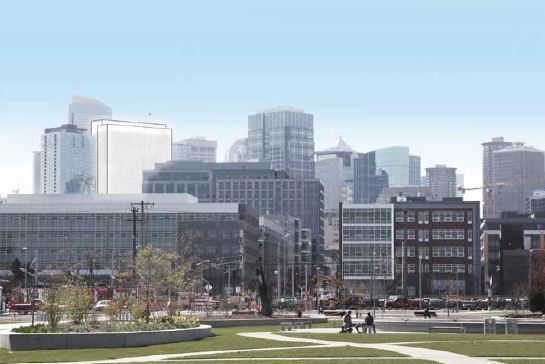 This month, developer R.C. Hedreen submitted a more detailed proposal for its convention hotel at the Greyhound bus station at 9th and Stewart. The preliminary renderings of the “preferred option” show the 43-story building all but blocking its neighbors to the south from seeing South Lake Union. 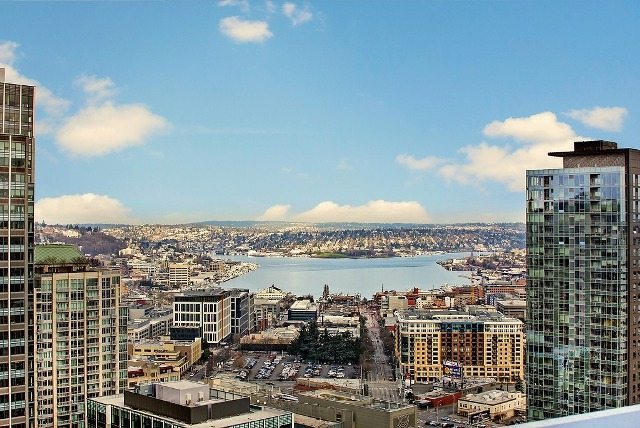 The current view of South Lake Union from the 31st floor in the Olive 8 condos. 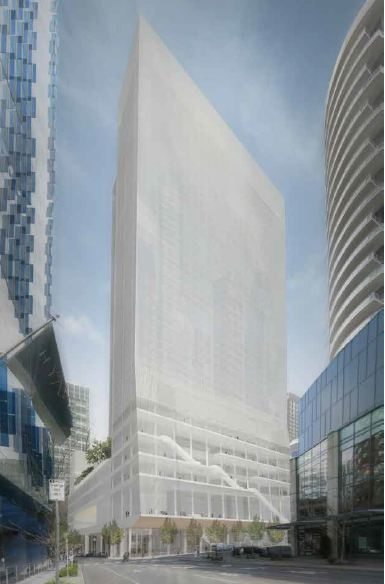 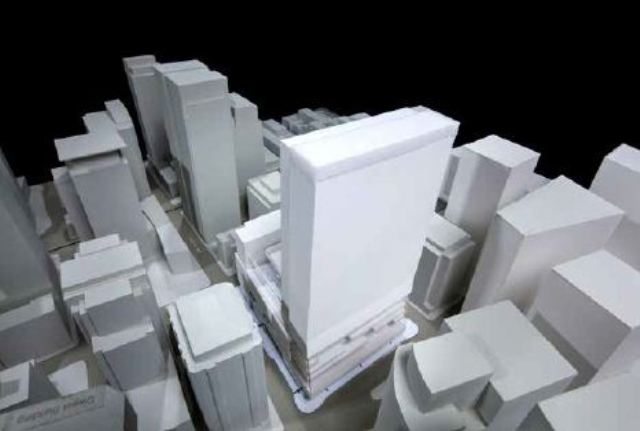 The architectural concept rendering of the hotel, as viewed from 8th & Olive, really shows its “blocking effect” on neighbors to the south.

I’ve toured the Olive 8 and I sympathize with the folks who paid big bucks for the condos on the north and northeast sides of the building. Some of the high valuations were undoubtedly tied to the gorgeous views of South Lake Union to the north.

This two-bedroom unit on the 31st floor, for example, features wonderful views of the lake from the living room. It’s currently listed for $1.175 million or $766 per sq. ft. It’s hard to see how the new renderings and the looming reality of the new structure will help.

This two-bedroom condo on the 36th floor faces more directly at the lake. It was first listed in 2008 for $1.895 million. It has sat on the market since then at $1.175 million. The unit is pending, however. 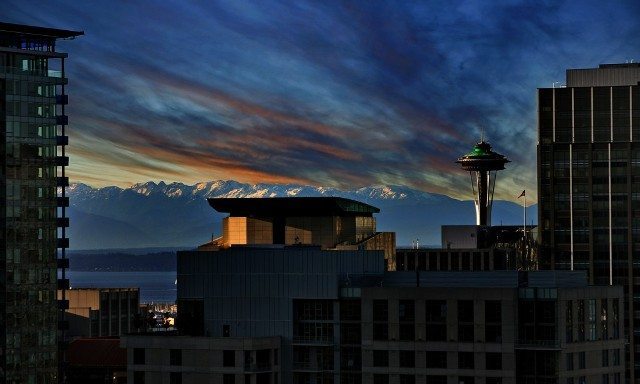 View from the penthouse at The Meridian on First Hill. Olive 8 is on the far left. The Olivian is in the foreground. The proposed 9th & Stewart would rise in front of The Olivian.

And it’s not just the immediate neighbors who could be affected. Remember the penthouse at the Meridian that we wrote about earlier this year. We speculated then and the renderings seem to confirm that the new hotel would take away the penthouse’s view of the top of the Space Needle. That can’t help the nearly $2 million asking price.

On the bright side, the developer scaled back its original proposal of a two-tower project. And even if the city approves the project, the hotel would not open until 2017, according to the Puget Sound Business Journal, which has more details. That leaves at least a couple more years of enjoying the lake.