With its colorful name, I expected HUE to feature a lot of splashy pigments. There are some. But what distinguishes this new apartment building in South of Lake Union has more to do with sounds, and a lot of it if a resident wants.

The audio theme starts with the stereo system piping music into the lobby. On the afternoon I arrived for a tour, Twister Sister’s ‘We’re not going to take it’ rocked the entrance.

A short hallway leads to the community room, which is a heaven for audiophiles and gamers. Inside, six large speakers hang from the ceiling like light fixtures. In the soundproof game room in the corner, speakers embedded into the concrete-reinforced walls allow you to turn the volume and bass all the way up as you kill bad guys on Xbox. 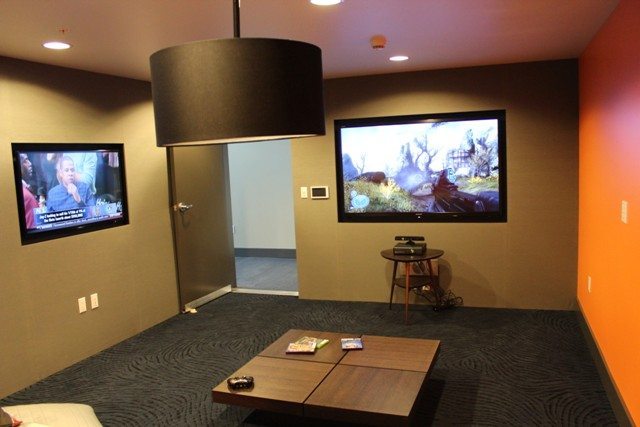 And there are eight flat screen televisions in the community room, including an 80-inch monster. All of them are Apple TV-enabled so you can pull out your iPhone and dial up your favorite tunes. 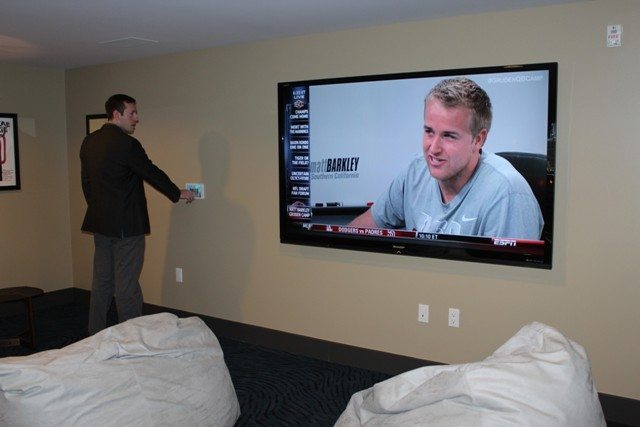 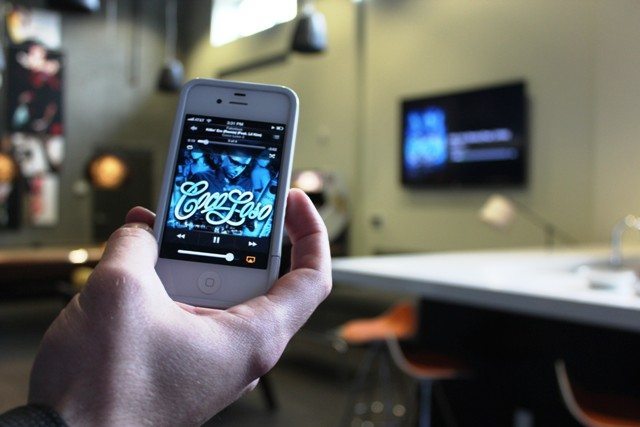 If you want to direct your own programming with your laptop, the common area offers free, 100MB wireless internet.

HUE also has a cool rooftop deck that is tricked out for entertaining, but I guess I should talk about the actual apartments first. There are 100 units spanning a mix of floor plans, including studios, open one-bedrooms, two bedrooms and loft layouts.

The style is clean and modern. All of them feature plank flooring, stainless steel appliances, wood cabinets, quartz counter tops and in-unit washer and dryer. More pictures in the gallery below. 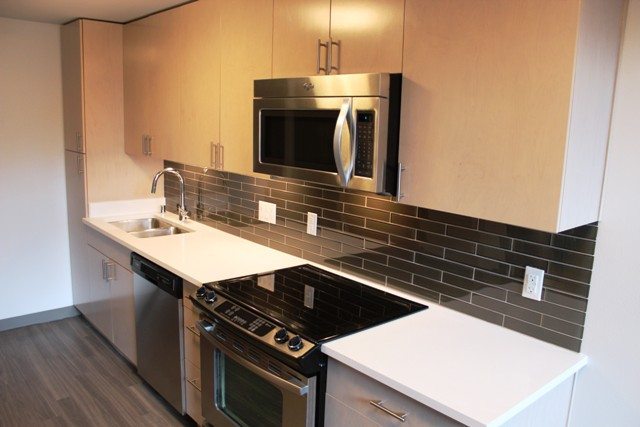 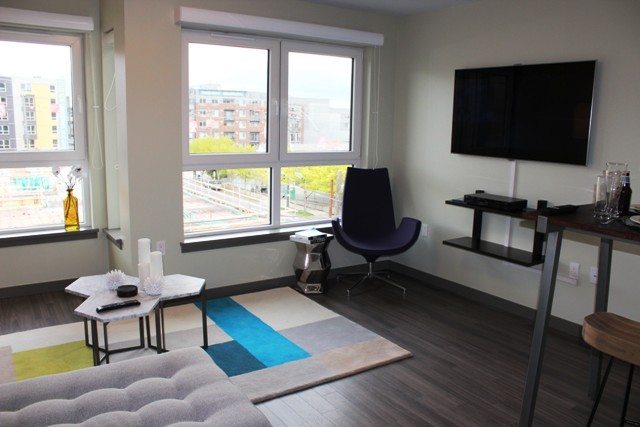 The units are quite similar to those at Union, its larger sibling to the north. Both apartment buildings and a third under construction along Dexter Avenue are all being developed by Holland Residential.  We reviewed Union when it came on line late last year. Note the same style in the kitchens, down to the glass tile backsplash.

Here are the price points…

The prices aren’t cheap but they’re in line with other new, higher-end apartments that we’ve toured in the past year. And as pricey as they are, the new Amazon recruits are willing to pay up. Hue sales associate Max Zarosinski says the building is already 25% leased after one month. It helps that they’re offering a move-in special of a month of free rent.

To top things off, there is a wide-open roof deck on the 8th floor. Here again, there is a large flat screen television that allows you to play your music or videos from your Apple devices or just watch shows off of DirecTV. There are also two grilling stations integrated into a covered section of the deck. Walk towards the edge and you can see the south end of Lake Union, the west side of Capitol Hill and downtown Seattle, at least until the city council rezones South Lake Union for much taller buildings, which could block some of the view. 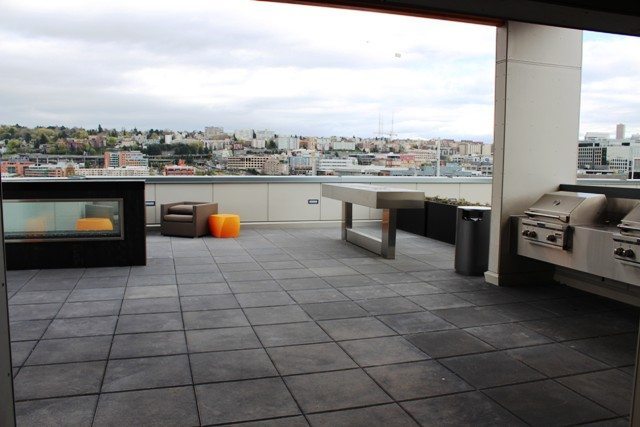 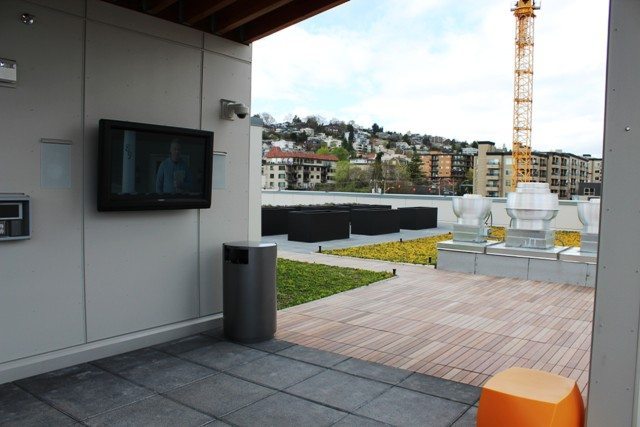 While I generally dismiss amenities at apartment and condo buildings, (Who really spends much time using them anyway?) I found those at Hue to be differentiating factors. I can see picking Hue based on the amenities. That said, the prices are high for the square footage and in some of the floor plans, the living room and or the bedrooms are somewhat small. So it’s not exactly for everyone. In the meantime, here are more photos…

A dog relief area with a pretty nice view.

Units in the upper floors get more light and views

Note the built-in work station next to the kitchen

Clean look in the bathroom