When we toured the new Lyric Apartments on Capitol Hill late last year, we  figured the upscale building would do well, given its modern style, amenities and central location. But we didn’t know it would do this well: The 234-unit complex is now 99% leased, just six months after it officially opened. 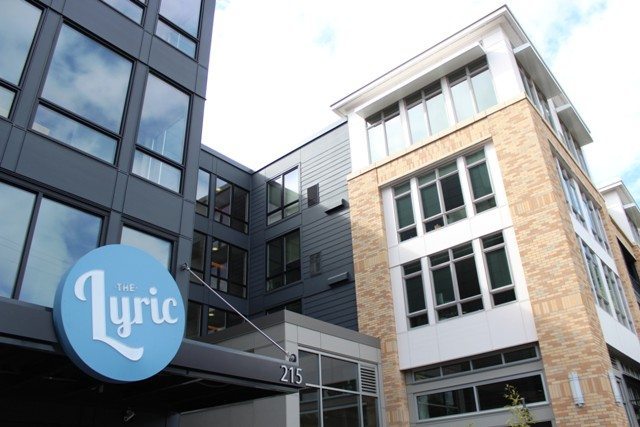 Pettit said when Pillar Properties initiated the project between 10th Ave E. and Broadway by E. Thomas St., the company’s forecast was for a lease-up that would take 12 months. But the rush of new residents quickly shattered that forecast. In fact, the complex was 93% leased back in February.

“When you step back and look at the fact that we opened in November, a traditionally slow time, it’s a testament to the quality of the building and to the team we have in place there,” said Pettit. “Our strategy is really about focusing on opportunities in neighborhoods that are attractive to the renter demographic. It’s about location, location, location.” 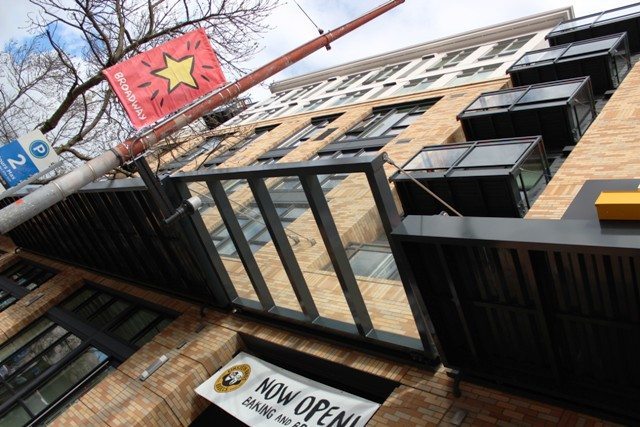 Lyric faces Broadway and its shops and restaurants

Pettit said Pillar stuck to its rental rates which topped out at $1625 per month for a studio and $3,885 for the two-bedroom penthouse units. The only incentive the company provided was three months of free parking or the equivalent dollar amount (about $500) off the first month’s rent. But Pettit said they only had to offer that special for a small number of the leases.

Pillar, a branch of the R.D. Merrill Company, has more projects in the pipeline, including an even larger apartment building under construction near the Space Needle and The Nolo, luxury loft apartments in Pioneer Square. If the performance at the Lyric is any indication, those projects should also do well.

However, Pettit says Pillar, like other developers, is cautiously monitoring the glut of new apartment projects and the potential for the boom to go bust.

“We’re not looking to grow just to grow. We’re sticking to our business plan,” said Pettit. “We’re not going to rush into another project Capitol Hill but we’re going to look at opportunities as they come up.”

Meantime, Pillar provided some new photos from The Lyric, including awesome panoramic views from the rooftop deck.

View of downtown Seattle during the day