I really like Amazon’s new proposal for three giant glass-and-steel spheres at its future Denny Triangle office complex. As many others have commented on Seattle Times’ website, it’s nice to have something that’s architecturally different in the downtown core. But the other thing that caught my eye is what’s in the background of the renderings: Via6. (By the way, you may be surprised at how many of the 654 units in that project are already leased. Answer below). 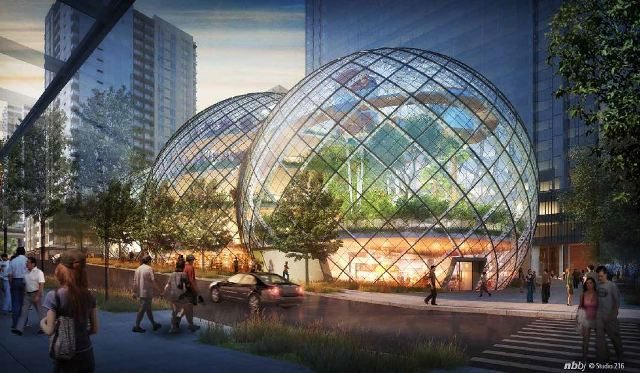 Amazon’s proposal for an office building composed of three glass globes, as designed by NBBJ.

When I toured the Via6 apartments late last year, I wondered what the view would be for the east-facing units. NBBJ, the architectural firm retained by Amazon, had initially proposed a more traditional six-story office building on the block between 6th and 7th avenues and Blanchard and Lenora streets. 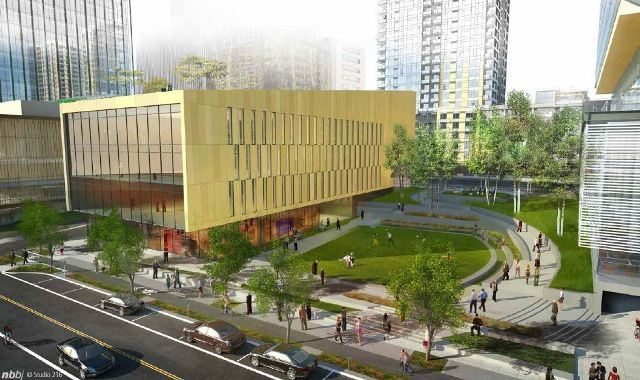 Original design. The Via6 apartment tower, across 6th Ave, is directly in the background.

and the new design… 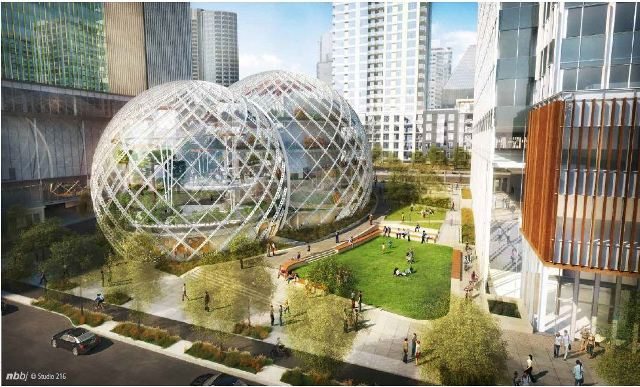 What a change. How cool would it be to have the new Amazon globes, if approved and built, and the proposed open plaza right outside your window? In my opinion, the new structure is definitely an improvement aesthetically. This design would make me take a new look at Via6, especially since the lower units, as we found during our first visit, are priced very well for the downtown market.

Because of the relatively lower prices, Via6 tells me there aren’t many lower-floor units left. A leasing consultant says there are only about 30 units left between floors two and seven. And the 654-unit complex is officially, get this, 60% leased already. They started pre-leasing in late October.

I’m told there are still some lower floor-units available that look out east. If you would like this view from your home, you might want to check out Via6. Meanwhile, more images… 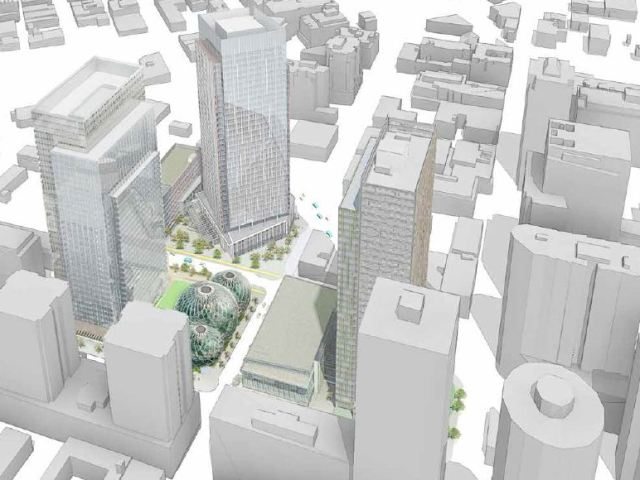 Looking down toward the Amazon globes. Via6 is in the lower left hand corner. 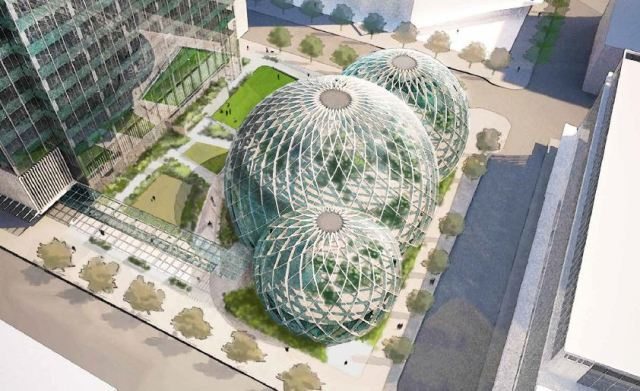 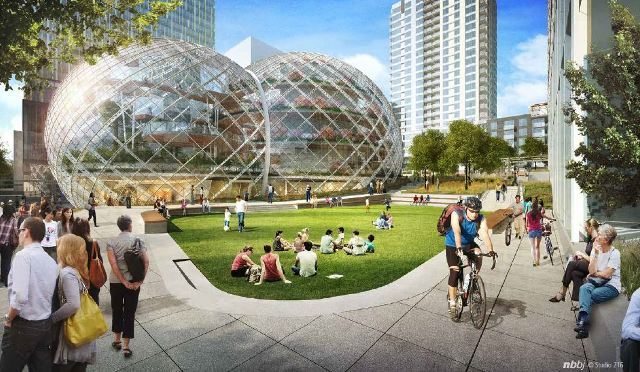