Size Doesn’t Matter When It Comes to Cool…

Several Seattle residents are showing the Internet that you don’t need a lot of square footage to live in  a wonderful home. They’re sharing photos and tips – such as buying double-duty furniture – for outfitting a small space that is every bit as cool as their more well-endowed neighbors. 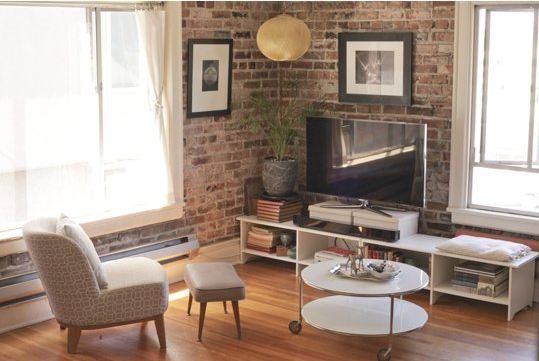 The residents entered Apartment Therapy’s Smallest Coolest Home contest, which is opened to anyone in the U.S. who lives in a space under 1,000 square feet. Most of the entries, though, are for homes that are half that size.

Danl of Seattle, for example, downsized to a 460-sq. ft. studio after recently becoming single. Despite the limited space, he hung onto most of his belongings and “having those things close to me, it feels like a hug.”

Danl planned the space so that furniture items served more than one purpose. The sleigh bed above can provide a good night’s rest and a place for guests to sit on. The coffee table is an old ice chest which Danl uses to store winter blankets and extra linens. Below, Danl found a narrow church pew to keep the breakfast area as open as possible. 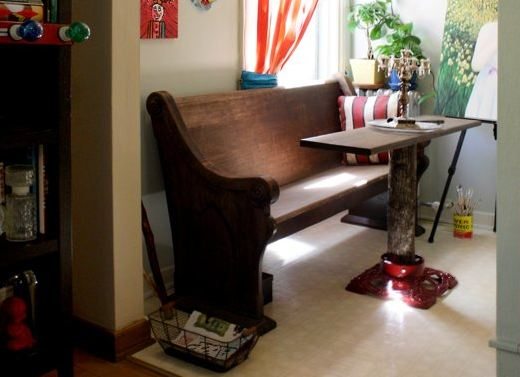 For Khris and Valerie of Seattle, their 565-sq. ft. open one bedroom provides a cozy and romantic space, but a lack of storage is an issue. The couple is constantly looking for creative opportunities to store things. And they have managed to do it in a way that makes the storage a part of the decor. Below, for example, the antique chamber pots and crocks are also hiding places for craft supplies. 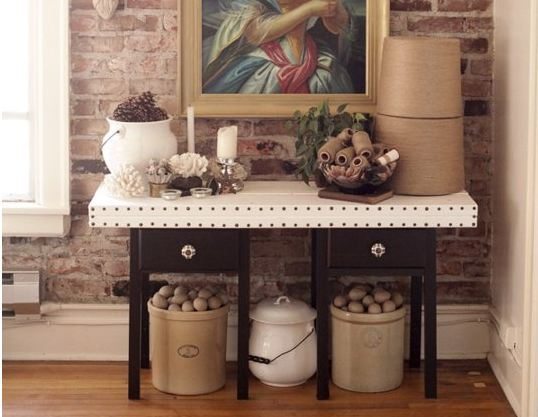 Meanwhile, in a small closet by the front door, Khris and Valeri keep a “secret mini-brewery”, which consists of a small fermenting container that produces two glasses worth of home brewed beer. “There’s no need to compromise our hobbies just because of a lack of square footage,” the couple said in their entry.

Hannah of Seattle also gets points for craftiness. As a “young and poor” Seattleite, Hannah has to make it work in a 350-sq. ft. apartment. The only thing smaller than the studio is the budget she used to outfit the space. Among her finds: a bedbug-free pull out couch for $15 on Craiglist; a TV console she found on the street; a child’s playroom mat as a rug for the living room. All of the touches contribute to a colorful and cool home. 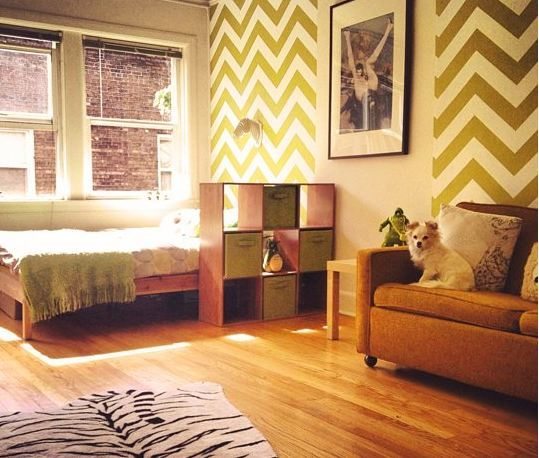 Hannah’s studio on a “make it work” budget 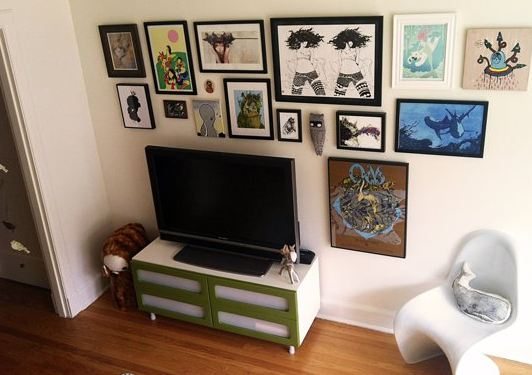 Hannah’s TV console is a dresser she found on the streets.

Among the entries, we found a number of other Seattle residents and their cool, compact spaces, including…

You can vote for your favorite small cool home design on Apartment Therapy’s website until May 31st. The top five vote-getting entries in each size division will be reviewed by a panel of judges, followed by another round of voting. The top cash prize is $3,750. Win or lose, we at Urban Living salute these residents for representing small spaces and Seattle so well.