$1.7M Capitol Hill Home Among 34 Condo Sales in Past Week

Fresh off yesterday’s news that Seattle home prices rose 10% in the past year, per the Case-Shiller index, I expected to see some that increase reflected in the recent transactions. But Seattle condo sales from the past week proved again you can’t project a major survey onto one unit (especially since the Case-Shiller index doesn’t count condos). A number of the sales showed no price growth or even declines, like this three-bedroom home on North Capitol Hill. 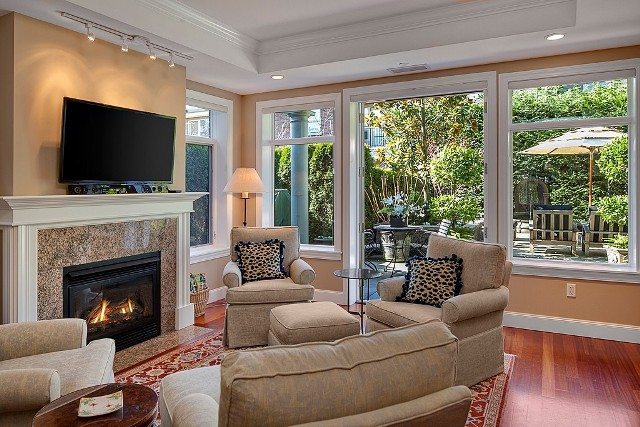 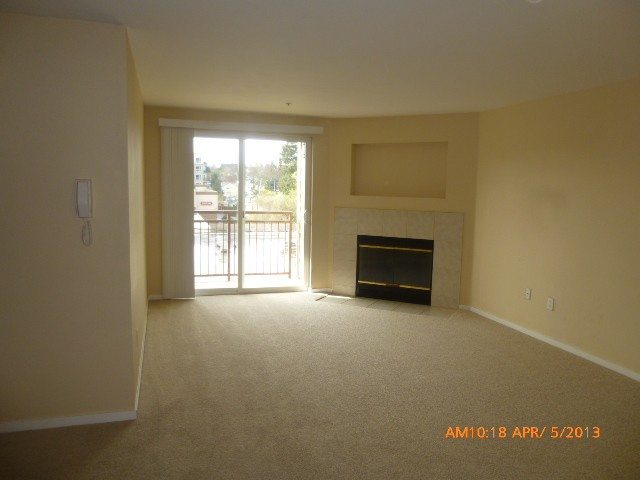 The unit was foreclosed late last year and was placed onto the market for $99,000 in April. It did go pending in less than 10 days. Surely there were multiple offers before the bank settled on the final sales price. I’d say the buyer got a pretty good deal: Two bedrooms in Greenwood, just several miles from Greenlake, for $140 per sq. ft. 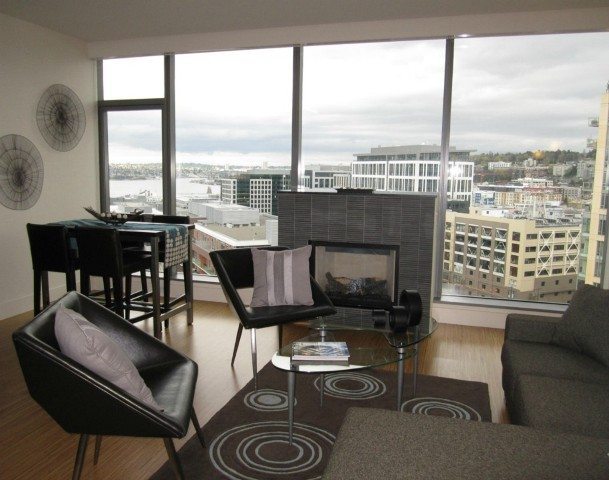 I find this increase pretty interesting since one of the main selling points – from the photos and the listing description – is that the unit overlooks Lake Union to the north. If the Seattle City Council, as expected, votes later this summer to rezone South Lake Union, the area that would be allowed to build up to 400 feet or 40 stories is right along Denny Way across from this unit. Hopefully, the buyer was aware of the pending zoning change. At the closing price, the unit fetched $585 per sq. ft., the highest in the condo sales from the past week.

This contemporary loft in Wallingford finally sold on the third try and appreciated from its last sale in 2006 of $320,990. 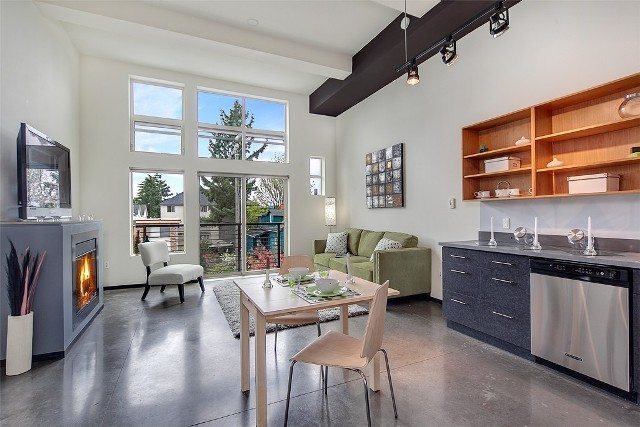 Finally, I want to point out this junior townhouse in Fremont. 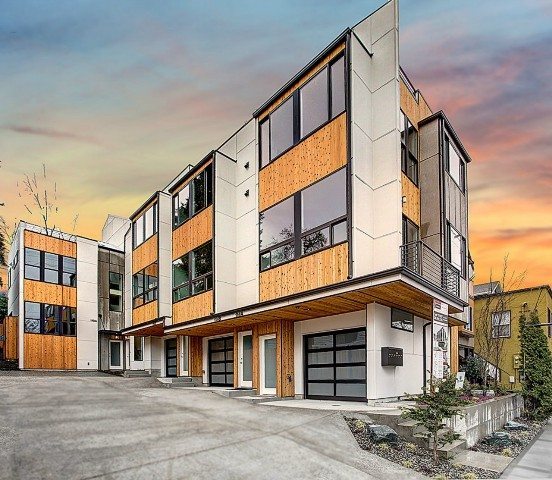 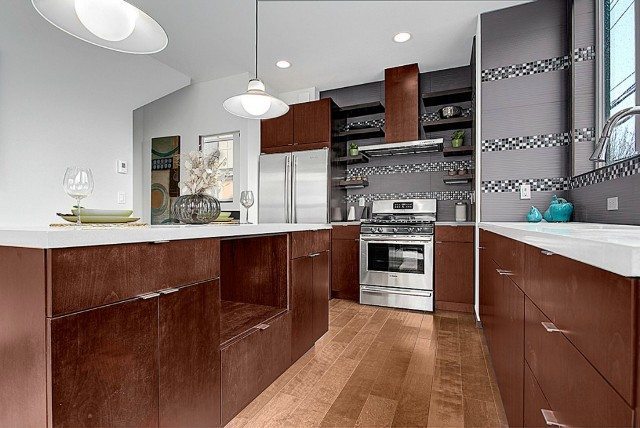 At 905 sq. ft., this one-bedroom unit on N.39th street is not your normal sized townhouse but the style is cool and modern. The developer first listed the unit for $419,950 and within 10 days lowered it by $20,000. That price drop did the trick as the unit went pending five days later. The developer did a similar price drop for another unit in the development and it’s available now for $379,999.