Since residential developers are in the business of making homes for a profit, it’s understandable why builders put up complexes that house hundreds of units in order to maximize returns. 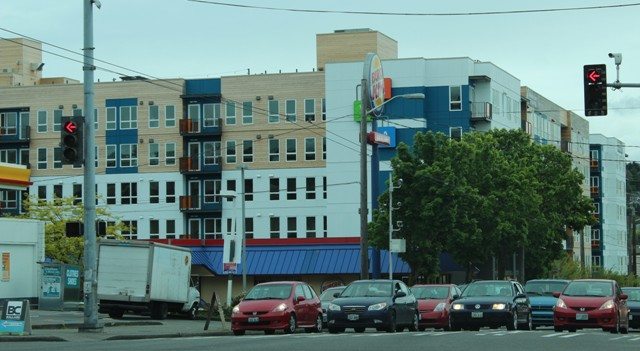 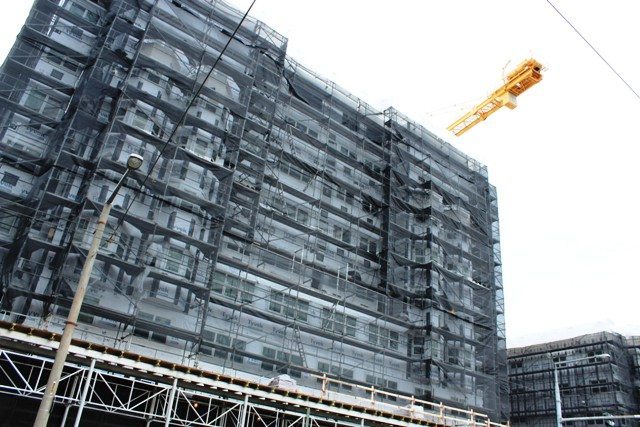 So why did a developer and architect choose to build far fewer units than they were permitted for? It’s one of the questions I didn’t get to  earlier this month when I blogged about Greenfire Campus in Ballard, an eco-friendly development that features 18 apartments and 18,000 square feet of office and retail space. The site, located next to the Ballard Public Library on NW 56th street, was previously approved for 157 condos.

The developer chose to build on only half of the nearly one acre site, leaving the rest for plants, p-patches or just open space for residents. Architect Ray Johnston acknowledged the team left profit potential on the table by not putting more units on the site. But he said that wasn’t the only goal for the project. 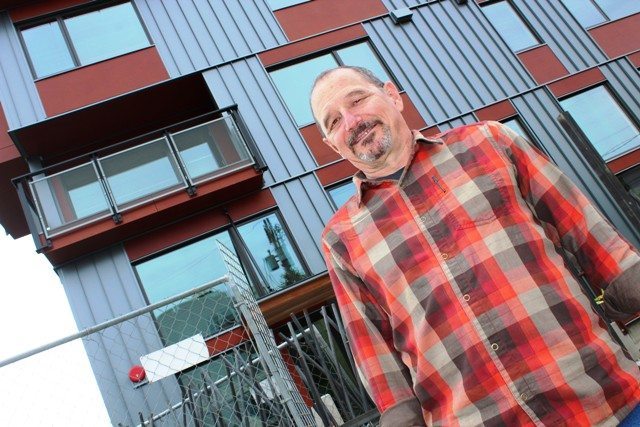 “We tested different configurations for the most sun light. We wanted to promote community. We wanted a project that created a little breathing space and, at the same time, made financial sense,” said Johnston of Johnston Architects.

On the financial side, Johnston explained that the project was built on a business case that stretched out over 20 years, whereas most apartment complexes are built for a return after seven years.

Taking the longer term view and setting aside room for greenery fit the vision of owner Rose Letwin. Letwin is the founder of Wilburforce Foundation, a philanthropic organization that funds environmental conservation in the Western U.S. and Western Canada.  Wilburforce will be the lead tenant in the office building at Greenfire Campus.

Johnston explained that Greenfire’s business model allowed him and his team to buy  higher-quality equipment, use more durable and sustainable materials and create a better energy envelope. That said, affordability still factored into design decisions.

“We wanted sensibly sustainability,” he said. “We asked, ‘What is a reasonable thing to do that isn’t too expensive,'” he said.

So Greenfire Campus didn’t break the bank in order to reach the highest environmental performance. For example, where as the new Bullitt Foundation Cascadia Center, billed as the greenest, most energy efficient commercial building in the world, has an Energy Use Index (EUI) of 16, Greenfire Campus is at 20. That is still much better than the average apartment building with an EUI of 60 to 70.

“This ecological development is a sensible approach to sustainable growth if one is willing to consider long term performance,” said Bob Wicklein, principal of the Seneca Group, which managed the project. “We hope that Greenfire Campus serves as a model for investors who have the freedom to make longer-term ventures.”

Johnston said he understands that this approach would not work for every development in Seattle, but “if you get one out of 10 to be like this, this is how you get a city to grow in a beautiful way.”