Who Designed The Talisman!? 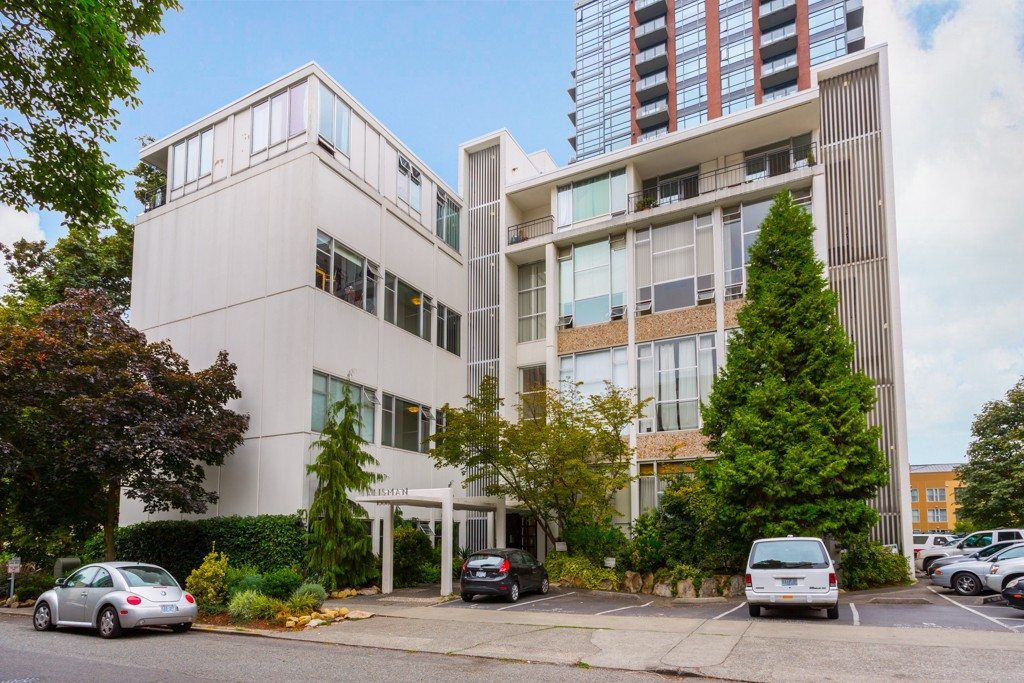 The Talisman, a mid-century condo building on First Hill, is often said to be designed by Space Needle architect John Graham. However, after much digging filmmaker Andy Blubaugh, isn’t so sure:

The Talisman was not, as far as I can tell, actually designed by John Graham. The only record I can find of any connection to Graham is actually from realty listings, and some actually credit Victor Steinbruek instead.

According to articles in the Seattle Times from when the Talisman was completed (and when it was sold), it was designed by Keith Nissen (though I’ve also found his name spelled Kieth Nissen). Mr. Nissen also appears to have maintained an office in the building. I also requested the original land use permit from the city, and the company listed as the designer and builder is Viking Associates.

I’m not sure how the John Graham rumor got started, but it certainly made for an interesting project!

I had to search the Seattle Times database while I was at the library there, because the archives aren’t available to me online without a King County library card, but you should be able to find it if you search. It’s a bit confusing; in the first article that mentions the building (before it was actually open), yet ANOTHER person is credited as the designer, a guy named William Campbell, but I’m pretty sure that’s just an error; the only William Campbell in Seattle in the ’60s I could find was a contractor.

I’ve found NO record of this company “Viking Associates” that’s listed on the land use permit, but I got that info after I got back to Portland, so I wasn’t able to check the newspaper archives. There WAS an architecture firm in Seattle called Nissen & Nissen, but they are out of business, and I’m not sure if it’s associated with this Keith Nissen person or not.

Does anyone out there know? Perhaps we should track down the first agent to claim that it was John Graham and ask?

An Urban Living Listing: a Loft at the Talisman

An Affordable Loft at the Talisman

Mid-Century Loft on First Hill at the Talisman