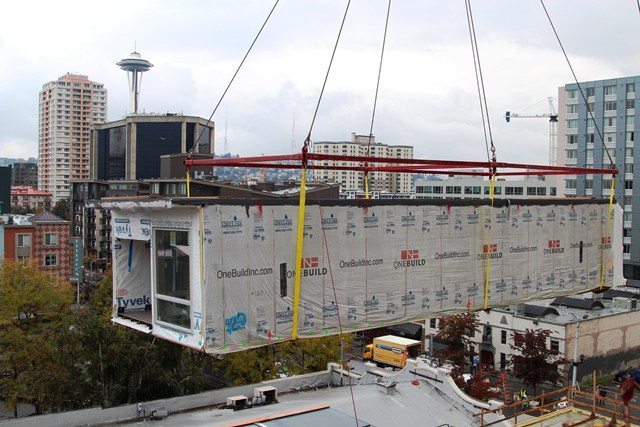 Construction crews are using a 550-ton crane to lift the first batch of 49 pre-assembled homes from the ground, through the air, and then setting them into place at 2217 Third Ave. By the end of next weekend, all of the units will have been “stacked” to form a 7-story apartment building called N’Habit.

“You’re looking at the future. This is the direction that residential construction is going,” said Garrett Hodgins, director of Business Development for OneBuild, a Seattle-based company that supplies prefabricated modular units. 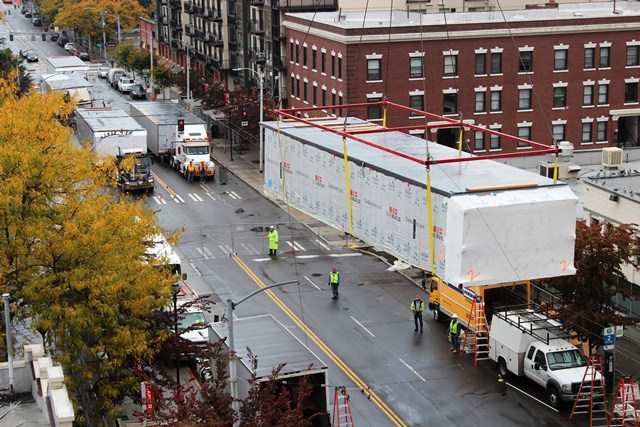 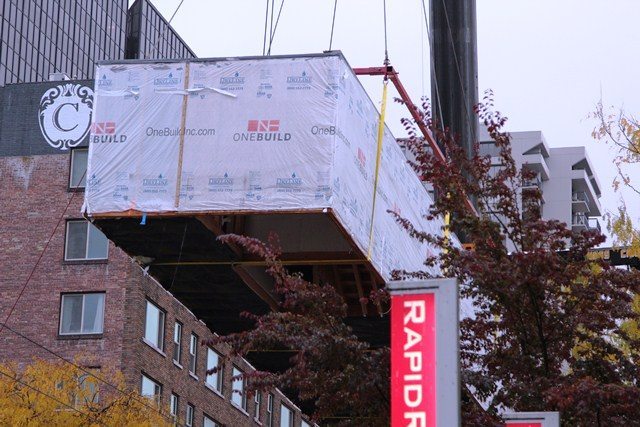 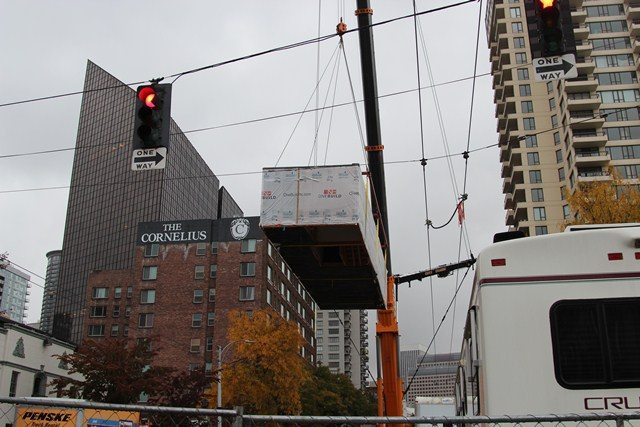 OneBuild touts a special engineering and manufacturing process that cuts about half the time from a normal construction project, while delivering better quality and site control.

The units being lifted into place this weekend and next  are pre-built at OneBuild’s facility in Kalamath Falls, Oregon and then trucked up to Seattle. Each one weighs 30,000 pounds and arrives with all of the plumbing, heating, and cooling systems already installed. They’re even painted and outfitted with appliances. See the inside of the model home.

It takes about 5 minutes to lift one of the units and place them back down on the foundation and then  an hour or so to secure it into place. As that happens, trucks pull the next unit in front of the construction site and two others behind it are move forward as well. 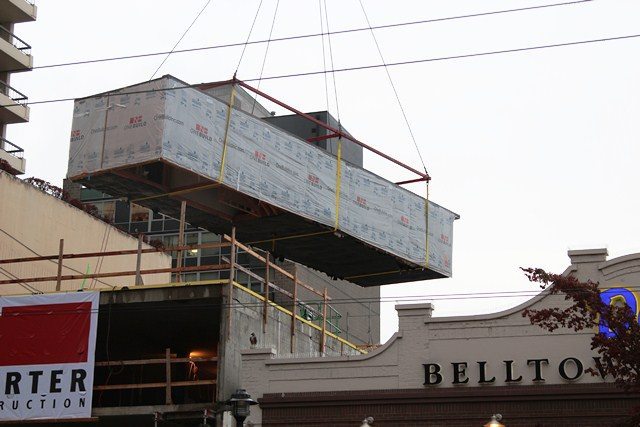 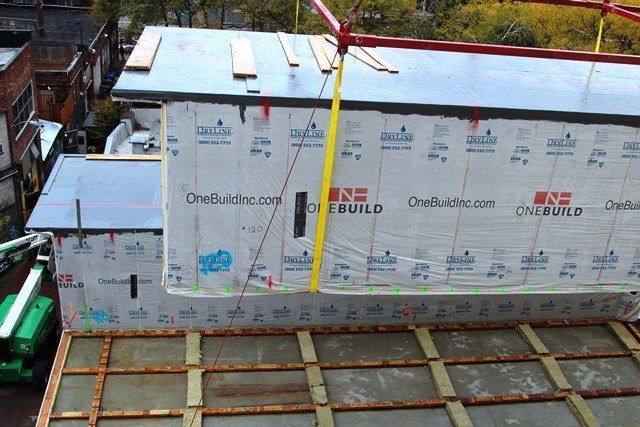 To create a safe zone for the crews to work, they have shut down Third Avenue between Bell and Blanchard Streets this weekend and will do so again next weekend. Hodgins said it might be a slight inconvenience but it’s all done in two weekends, rather than stretched out over months as is the case in traditional construction. The group had planned to start stacking the apartments a few weeks ago but a big storm that packed strong winds led them to postpone their plan until today.

Charter Construction is the general contractor and is handling the on-site work. Daly Partners is the developer of the project. A representative for Daly Partners tells us that since they began pre-leasing in August, they’ve rented out 4 or 5 of the units.