Here’s a Chance to Live In A “Castle in Seattle”…

If you’re bored with the new cookie-cutter buildings rising up across the city, check out an architectural gem from the 1930s that is being rehabilitated on Capitol Hill. The Anhalt Apartments on 16th Avenue and E. John Street preserves one of the celebrated buildings by prolific Seattle builder Fred Anhalt. 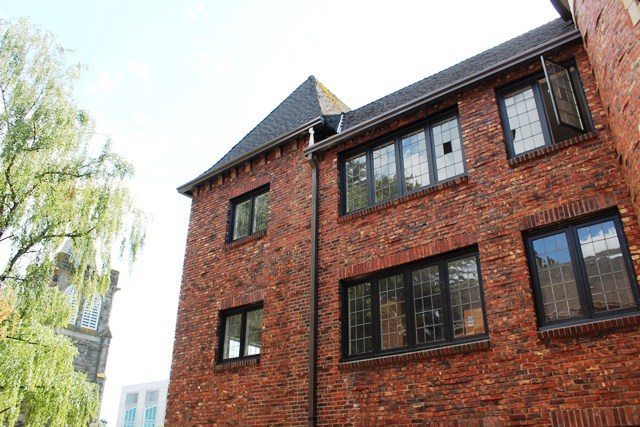 Inspired by Tudor and Norman architecture, Anhalt built dozens of apartment buildings on Capitol Hill and across the city that have been referred to as “Castles in Seattle”. The structures – with signature touches such as turrets and conical spires – evoke visions of Tudor-style manors in the English countryside. 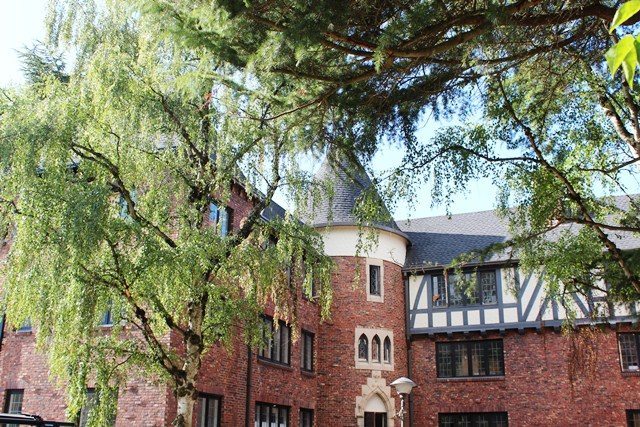 The building on 16th and E. John began its life as apartment homes in the 1930’s. In the late 1960’s,  Group Health bought and converted the building into office space and it remained that way until 2008. Trinity Real Estate bought the property that year and (thankfully) decided to retain the structure and restore it to its original purpose .

“There was an interest in preservation from the beginning,” said Marshall Ling, property manager for Blanton Turner, which is handling the lease-up. “When you have such a good starting point, it just makes sense to keep it and go from there.”

I got a chance to tour the model unit and a few other apartments in the “historic” portion of the project. (Trinity is also building a new, “modern” building in the back, that will be known as Anhalt Modern. Photo and details below). The “Anhalt Historic” apartments will be ready for move-in in August. If you’re interested, you need to move fast. As of Friday afternoon, only 3 of those units were still available. The rest of the 24 historic apartments have been leased. 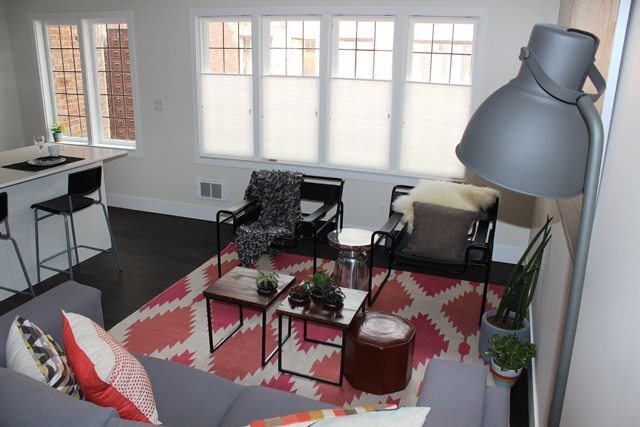 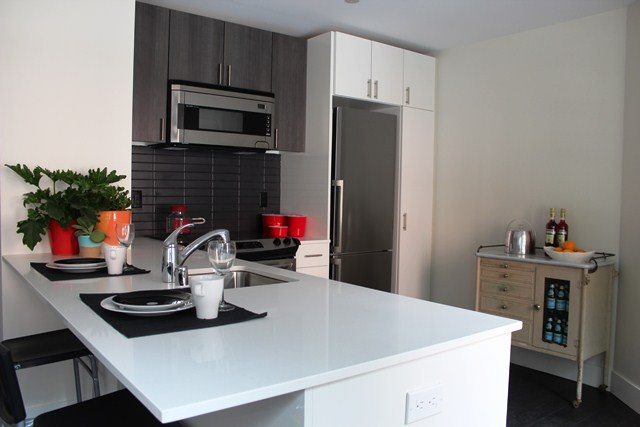 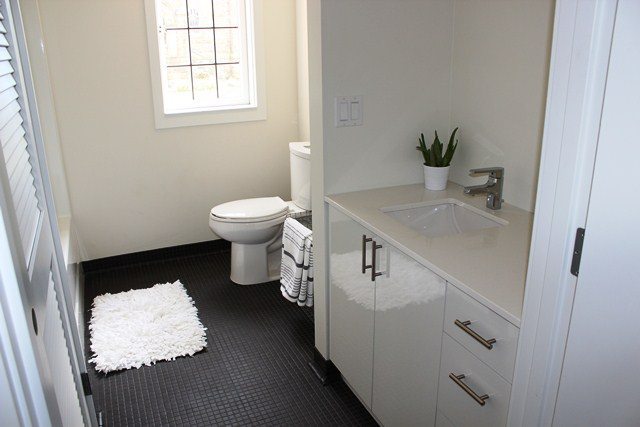 According to the developer, aside from the brick exterior and original windows, everything else is pretty much brand new. And as you can see from the photos, the interior looks fairly standard for modern-day apartments, from the quartz counter tops to the stainless appliances.

I really liked some of the unique touches in the common areas such as the spiral staircase and options in a few of the units, such as the lofted ceilings in the top floor and a window in one of the showers. Pictures below… 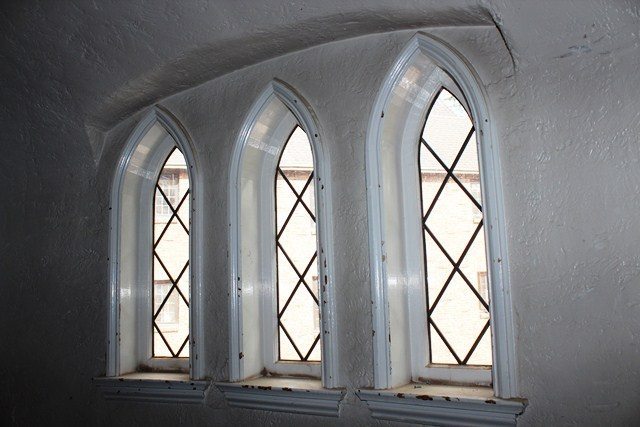 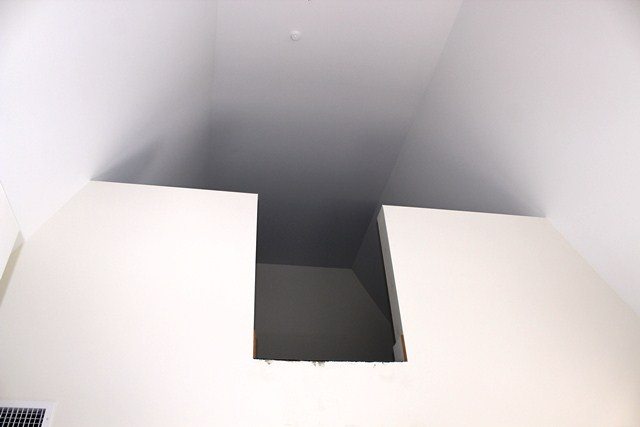 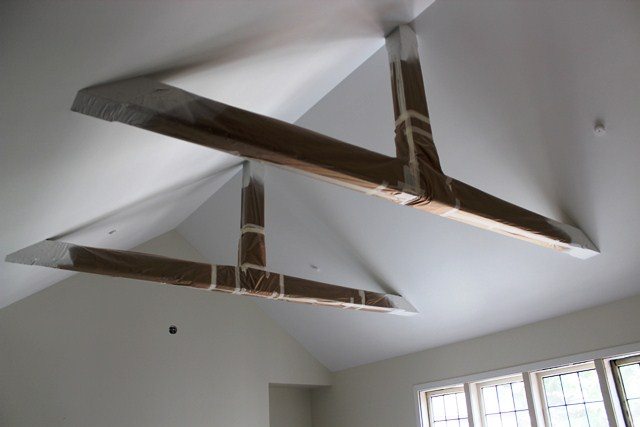 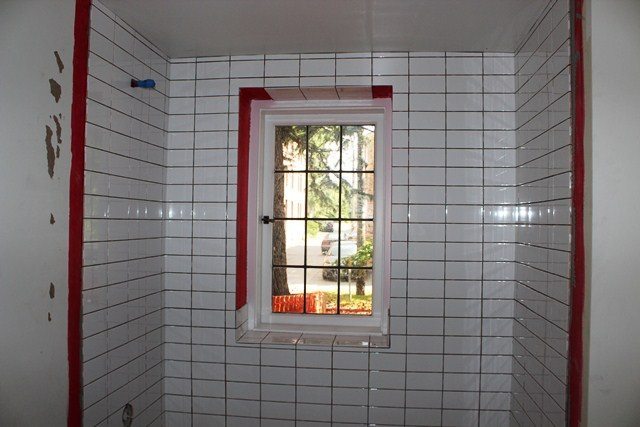 A window in the shower…

The Anhalt Apartments are not cheap as rents range from $2.75 to $3.50 per square foot but they’re in line the new supply coming online on Capitol Hill. Here are some price points to consider…

Underground parking is available for an additional amount.

If you prefer a more updated exterior, the “Anhalt Modern” is under construction and will be ready around November. That portion of the project will feature 15 apartment homes. The developer has not started pre-leasing those units, yet. We’ll keep you posted… 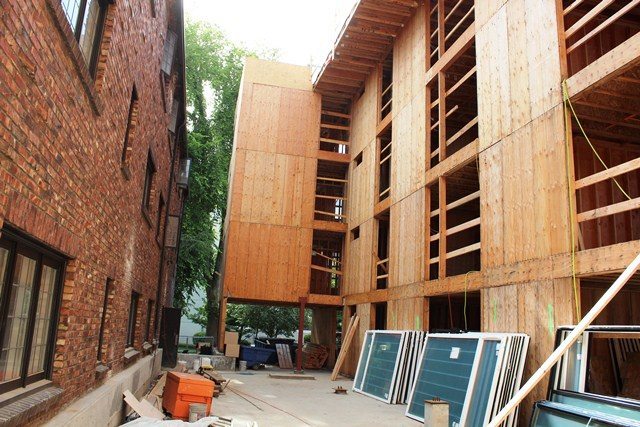 The “Anhalt Modern” next door is under construction 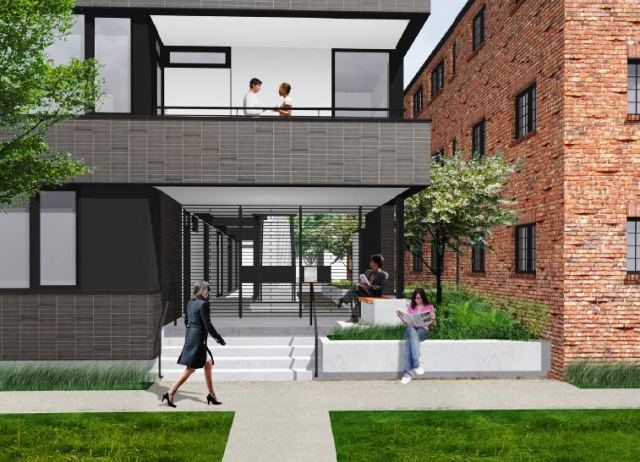 Rendering of the “Anhalt Modern”