A Taste of The New Pioneer Square Leaves Me Wanting More…

“The Pigfall” was so good I could have eaten two. Slow roasted pork belly with sauteed mushrooms, a subtle carrot spread and leaves of arugula blanketed by perfectly-toasted sourdough bread. Full of flavor, moist and toasty, the sandwich by the folks at Rain Shadow Meats sent me to porcine heaven… 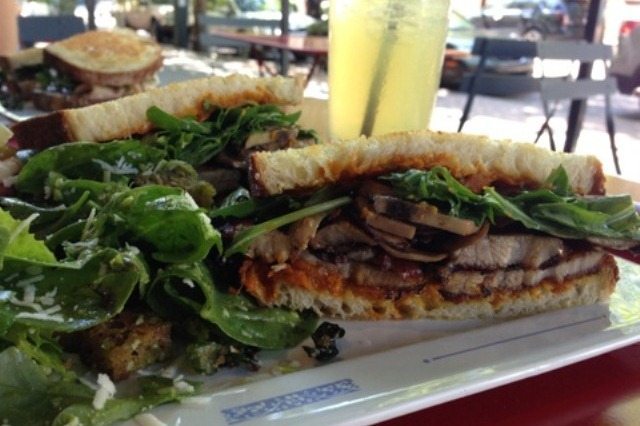 The Pigfall at Rain Shadow Meats

Before you check the URL, this is Urban Living, not Eater or Yelp. I share my scrumptious meal – washed down by a tart and refreshing celery soda – from this weekend because it offers a taste of the new Pioneer Square as cool restaurants, shops and a wave of residential options stream into and redefine urban living in this historic Seattle neighborhood. 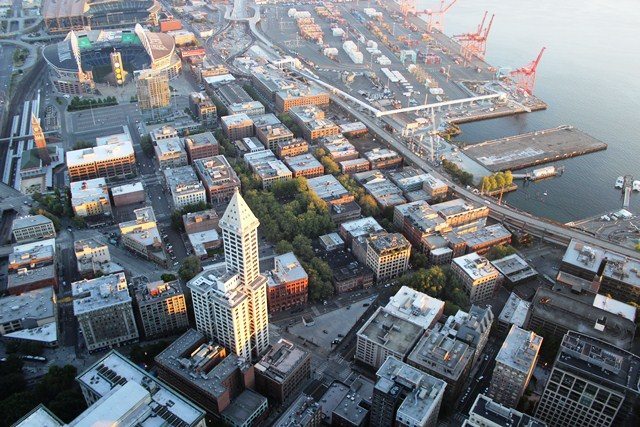 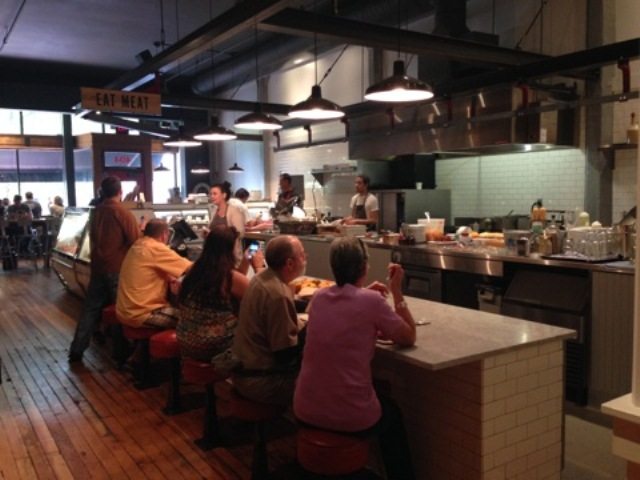 “I’ve always loved Pioneer Square and couldn’t figure out why it wasn’t the heart of the city,” said Russ Flint, owner of Rain Shadow Meats. “When some of my friends opened up restaurants down there, I just wanted to be part of it.”

Flint was referring to the likes of celebrity chef Matt Dillon (of Sitka & Spruce and The Corson Building fame) who opened up Bar Sajor late last year. The restaurant has been delighting diners with its decor and flavors (even though the portion sizes leave you wanting, but I digress).

Dillon also collaborated with the brains behind organic farm and retail shop Marigold and Mint to create The London Plane, which is part restaurant, part flower shop, part boutique shop and grocery. Visitors can enjoy a plate of raw kholrabi (German for cabbage turnip), fennel & radishes with mustard and creme fraiche, followed by a  slice of cardamon cake, and then purchase a jar of virgin coconut oil and peruse a selection of pottery from California. 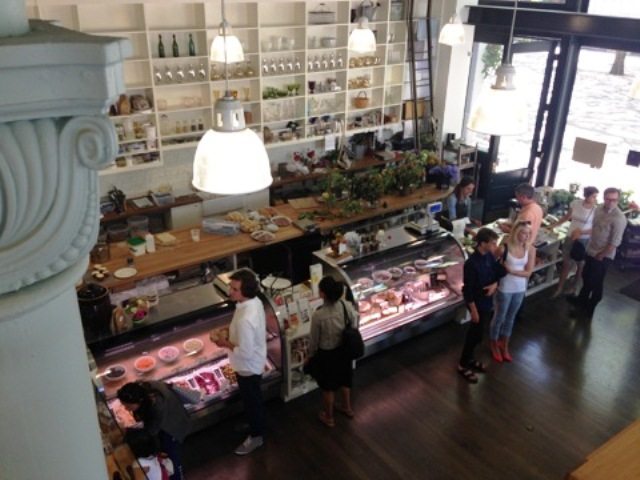 The London Plane at Occidental Ave S. and Main St.

Frequenting these new establishments are some of the  residents who have filled the high-end apartment buildings that have risen up in Pioneer Square over the past year, from The Post to The Nolo and now The Wave. In all, the three projects have delivered 720 new apartments.

“Pioneer Square has become a vibrant and truly exciting neighborhood to be a part of,” said Billy Pettit of Pillar Properties, the developer behind The Nolo and The Wave. “Our partner on The Wave began work seven or eight years ago. A lot of the activity had yet to materialize but it was just asking for it to happen.”

“So much attention has been paid to South Lake Union and that is an example of creating a new neighborhood,” said Pettit. “We’re revitalizing an old neighborhood with emerging activity.”

Whether it’s  entrepreneurs chasing the incoming residents or the other way around, more businesses are on the way. 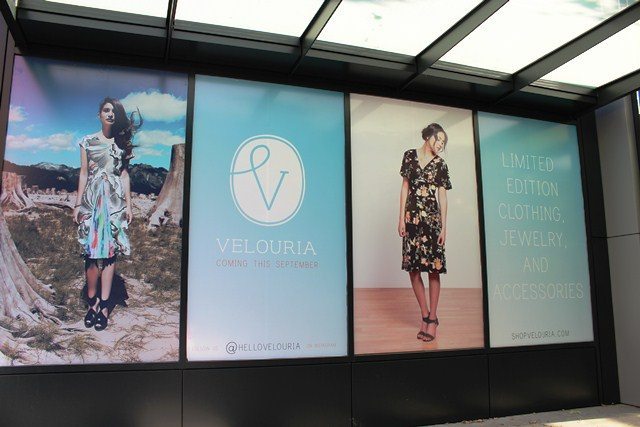 Velouria, a clothier, will open on the first floor of The Wave next month 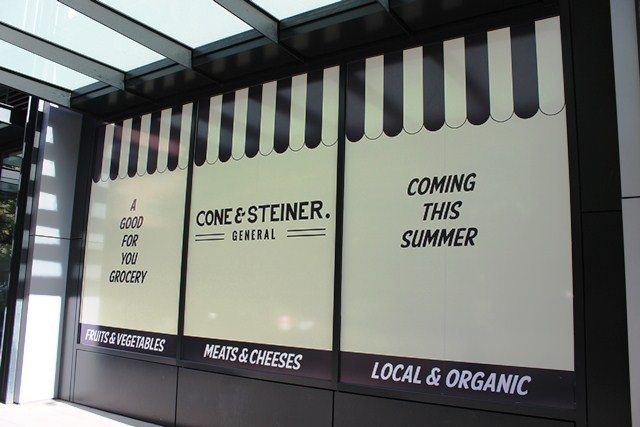 Cone & Steiner, a specialty grocery store, will also be on the first floor of The Wave

Velouria, a clothing and accessories boutique specializing in local and indie designers, is relocating from Ballard (of all places) to Pioneer Square and will join the soon-to-open Cone & Steiner, a specialty grocer, on the first floor of The Wave.

“We are incredibly excited to have the opportunity to be a part of the current revitalization of Pioneer Square” said Velouria co-owner Cat Wilcox. “Initially, we were attracted by a great opportunity to be at Stadium Place and right next to Cone & Steiner, but there are so many benefits to being in Pioneer Square.  It is a center for art, history, sports, tourism, and, over the past few years, more and more incredible dining options.”

There aren’t many options, however, for those who want to own rather than rent in the neighborhood.

“I had a guy recently who asked about buying a place in Pioneer Square,” said Jeff Sackett, a realtor with RE/MAX in Seattle. “There just wasn’t a lot of inventory. The guy ended up buying on Capitol Hill.”

Sackett said there are buyers out there who prefer the charming lofts in Pioneer Square but the last time a condo project came on line in the neighborhood was The Florentine, a warehouse originally built in 1909 and converted to condos in 1990.

Billy Pettit at Pillar Properties said his company is not currently involved in other residential projects in Pioneer Square but he “would welcome an opportunity to be involved” in the future. For now, they’re just looking to wrap up construction at The Wave and lease up the 333 units.”Hopefully, it will be a catalyst for change and growth.” 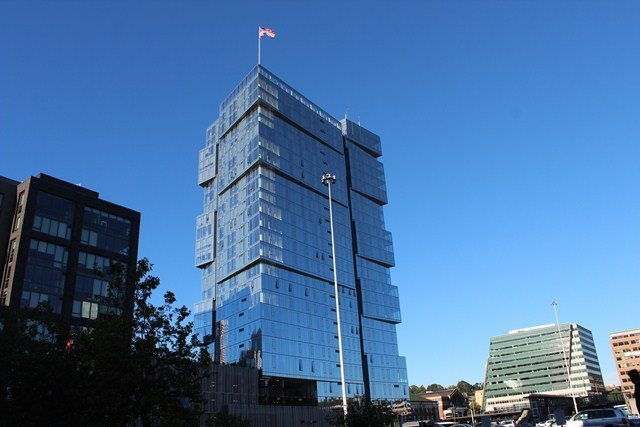