A Look Inside Premiere on Pine

Last night we partied like it was 2006 at the Premiere on Pine launch party. There was wine from Purple, food from Loulay, oysters from Taylor Shellfish and music from WD4D. In attendance were many of the usual faces from the 2006 condo launch party circuit as well as new residents of the Premiere. There is no doubt that the people behind Premiere know how to throw a party.

The highlight of Premiere on Pine is undoubtedly [email protected], the top floor amenity space with incredible views, two monster grills, lots of outdoor furniture, private dining area and more. You certainly get the feeling that Premiere is towering over every other apartment building and has a height that competes with buildings like Olive 8 and 1521, two upscale condo buildings built in the last boom. However, many pointed out that the issue with being so high up is that the view down on many buildings is degraded by the fact that almost no building developers spend any time ensuring their rooftop looks half way nice.

In addition to [email protected] I was also impressed that their gym, while not monstrous, did feature an apple cooler and chilled towels. Small perks that I don’t get at the Seattle Athletic Club! Though I haven’t been in months, perhaps they’ve add them…

In terms of units, we toured two. A two bedroom on the 32nd floor and a one bedroom on the 8th. While the finishes are certainly very nice and a step above what you find at the usual new apartments around town, I found the two bedroom to be pretty compact. Not much living room space and the bedrooms were on the small size. I was also surprised that they didn’t put gas in the kitchens. I get why more value oriented new apartments forgo gas, but a building competing to be Seattle’s most premium apartment building should have that.

Sounds like they have some “penthouse” level apartments but none were on display which was too bad. Would have loved to have seen them. (I was offered a chance to tour the building before the party but couldn’t skip out of my day job early.)

The building is 32% leased according to the DJC in Real Estate Buzz: Take a 24-second elevator ride to the top for a look at Holland’s Premiere on Pine. The article also calls out their elevators, “the fastest elevators in an apartment building in this region.” Since we were recently emailed privately about a comment we made about elevators in new construction, it is worth noting that elevator B was making some really funky sounds. I stand by my statement that nearly every new construction building in Seattle has elevator issues, even the luxury ones.

My photos are below, there are also a ton of photos on Instagram #premiereonpine. 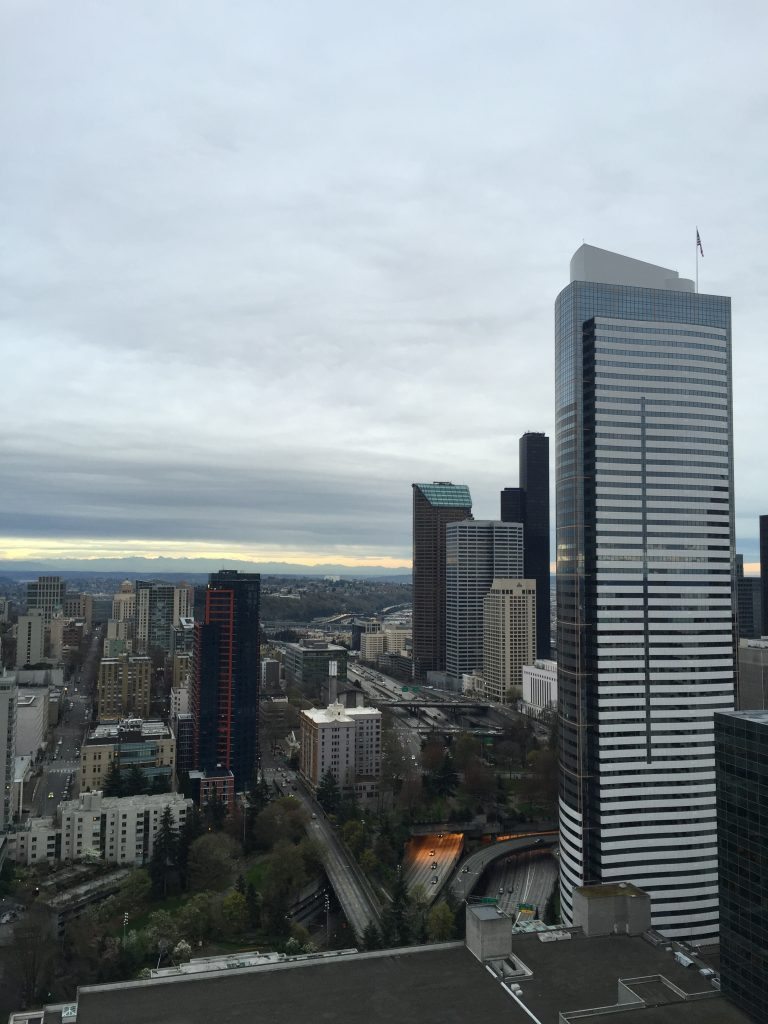 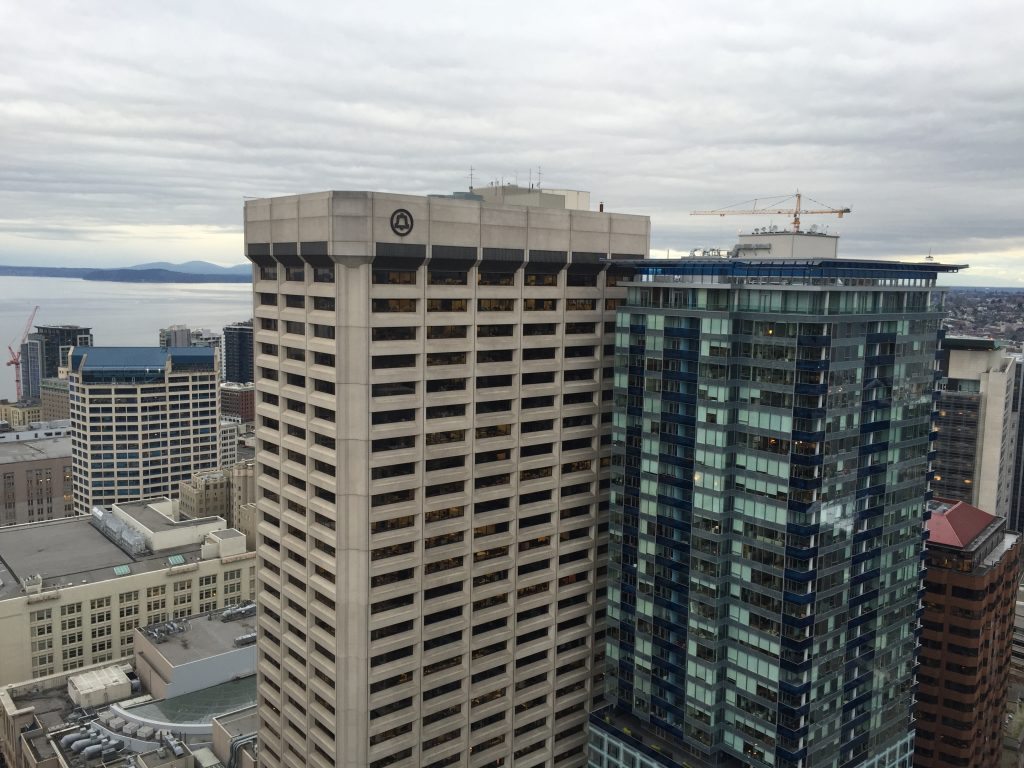 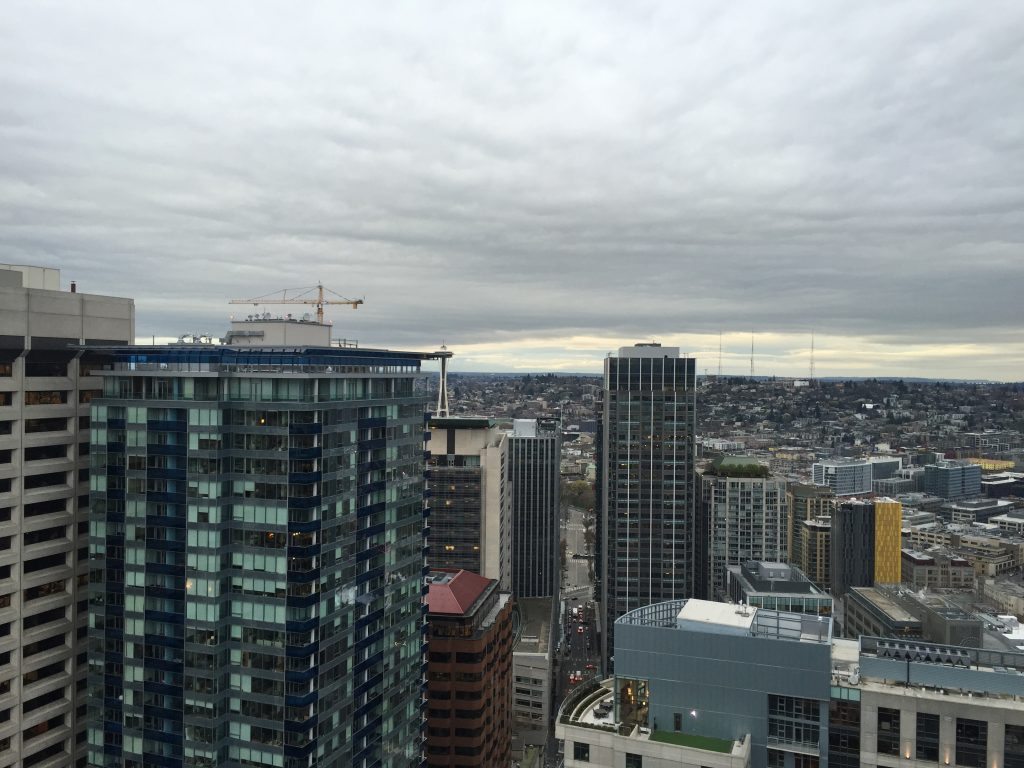 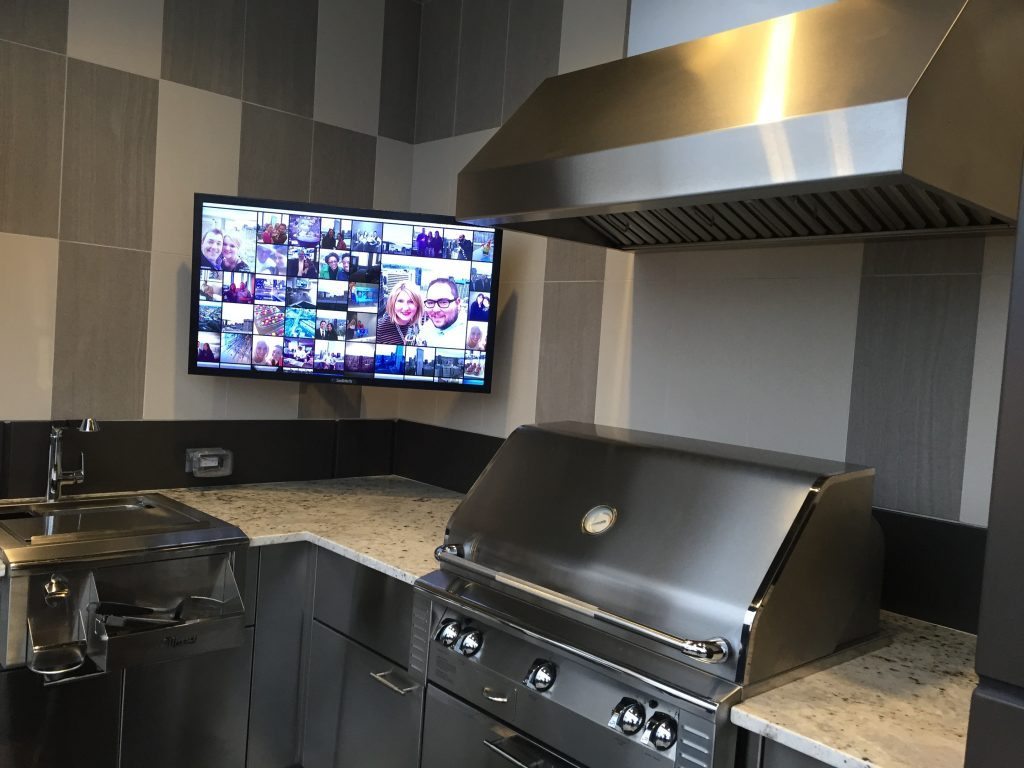 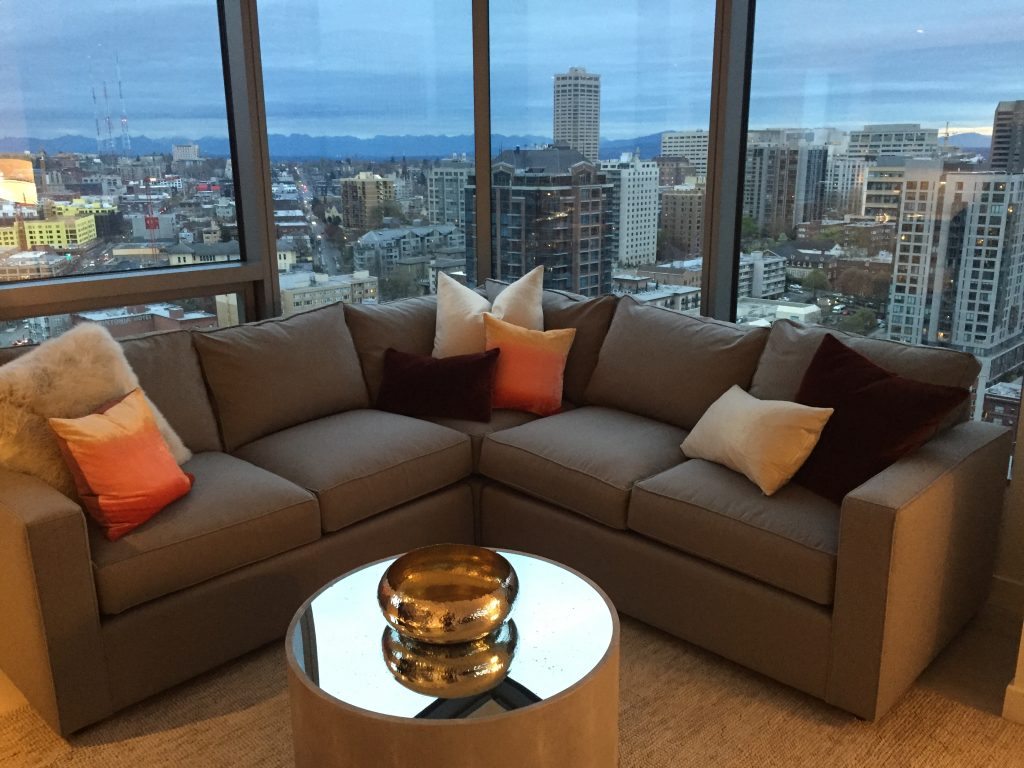 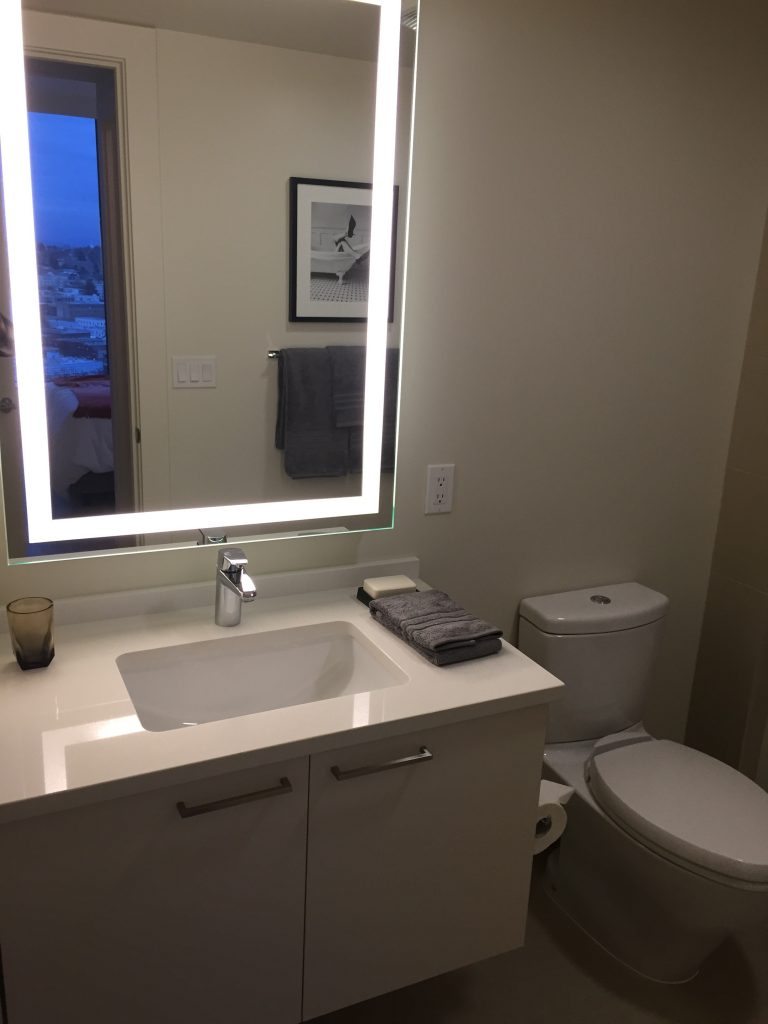 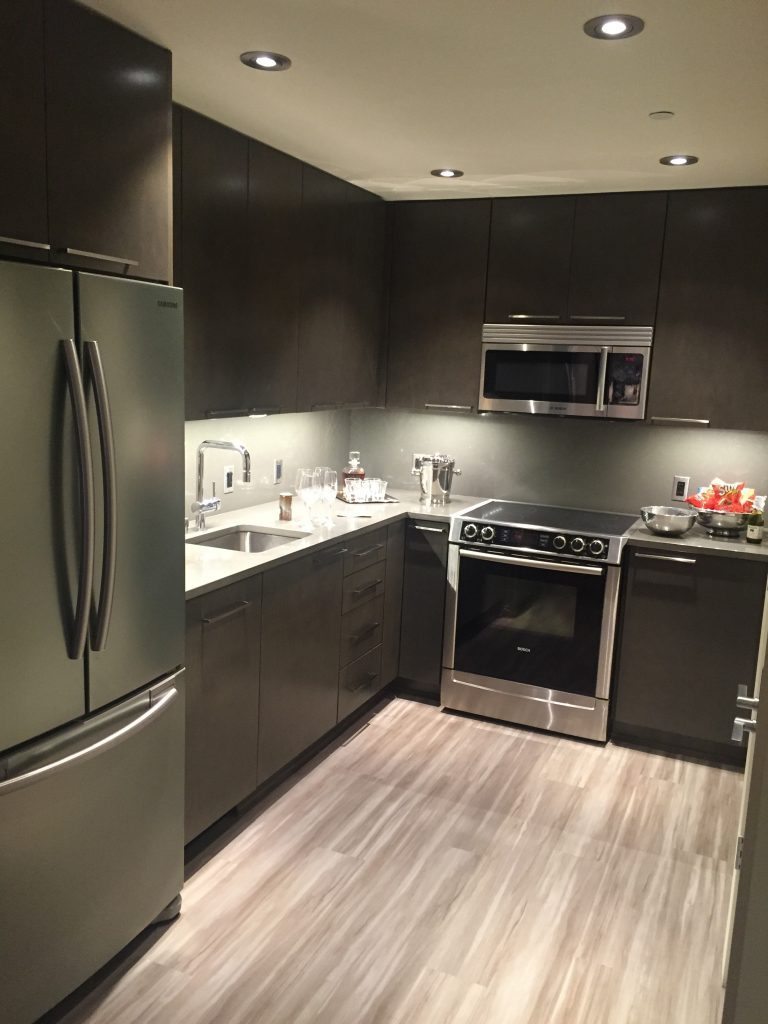 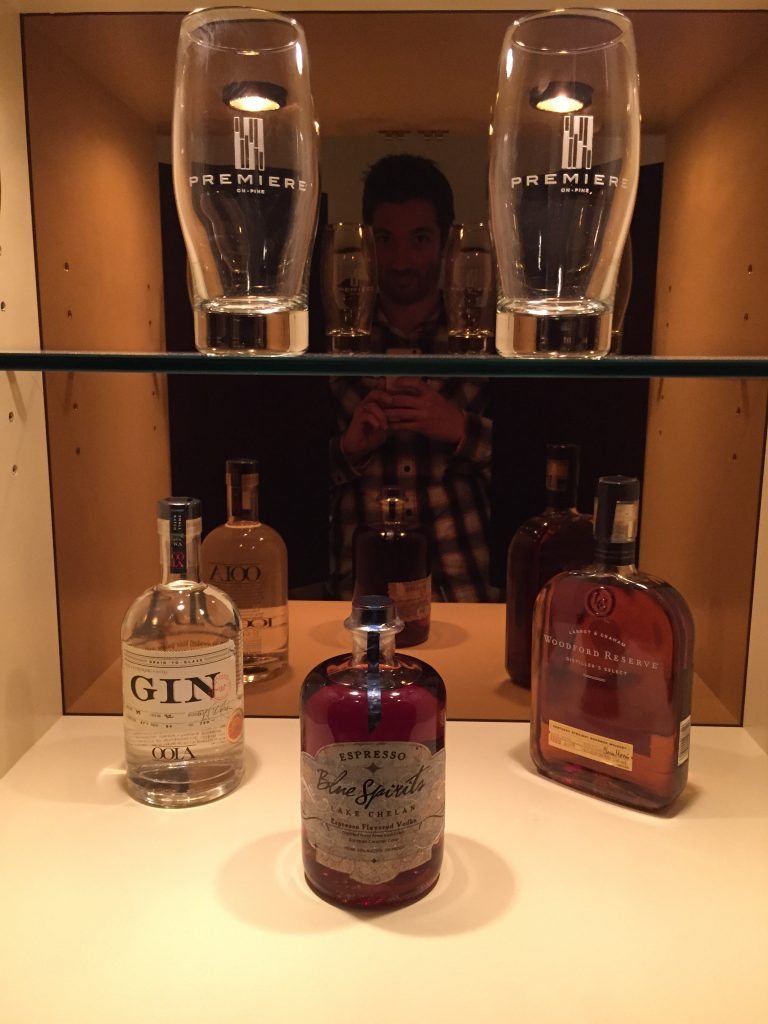 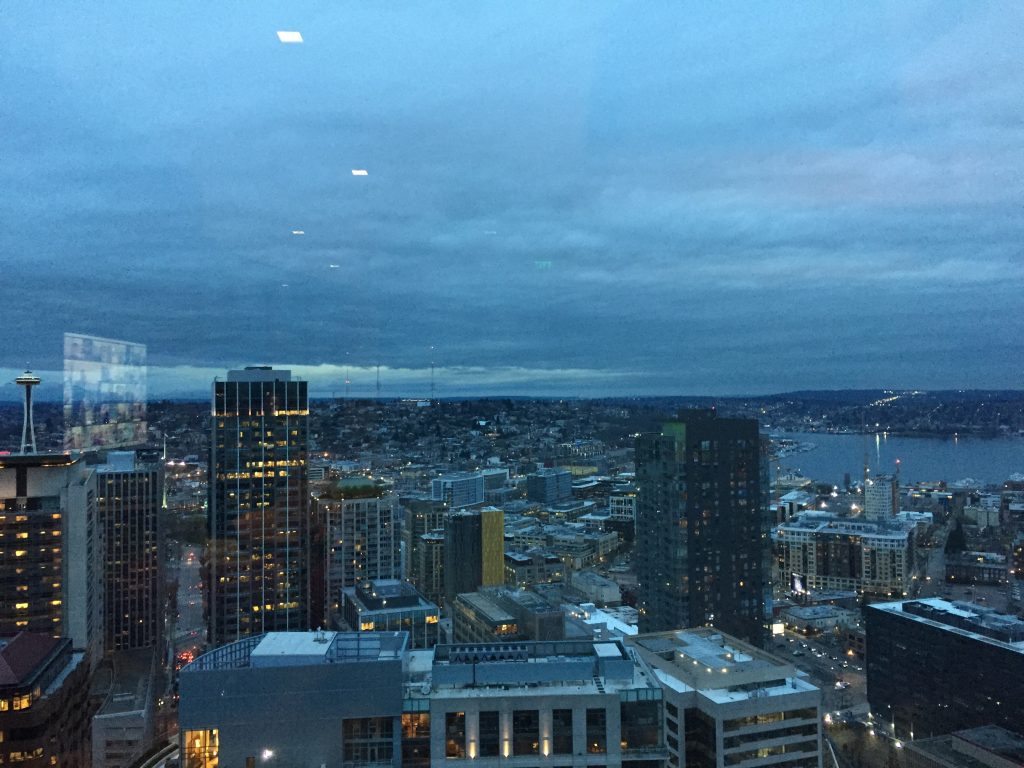 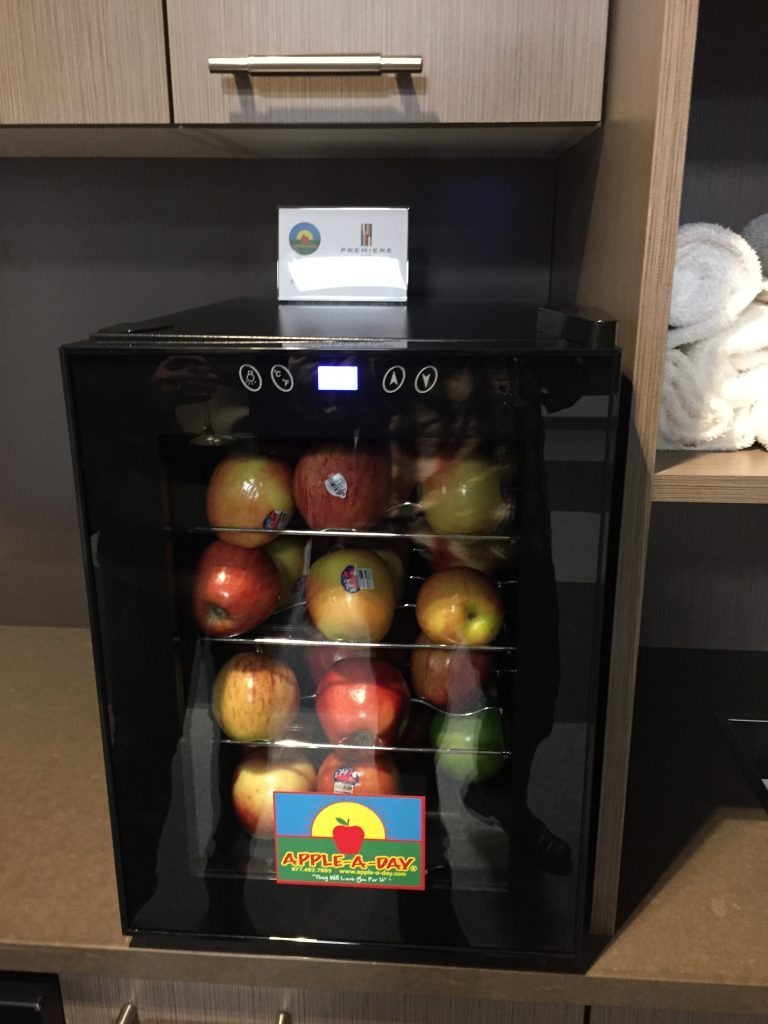 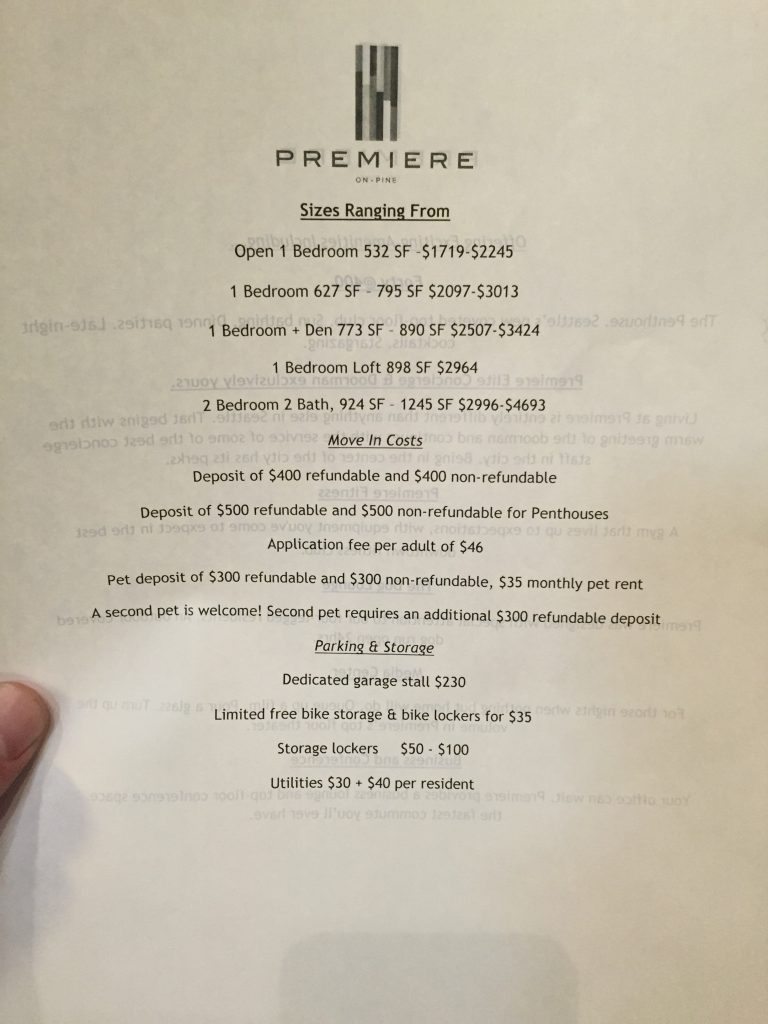 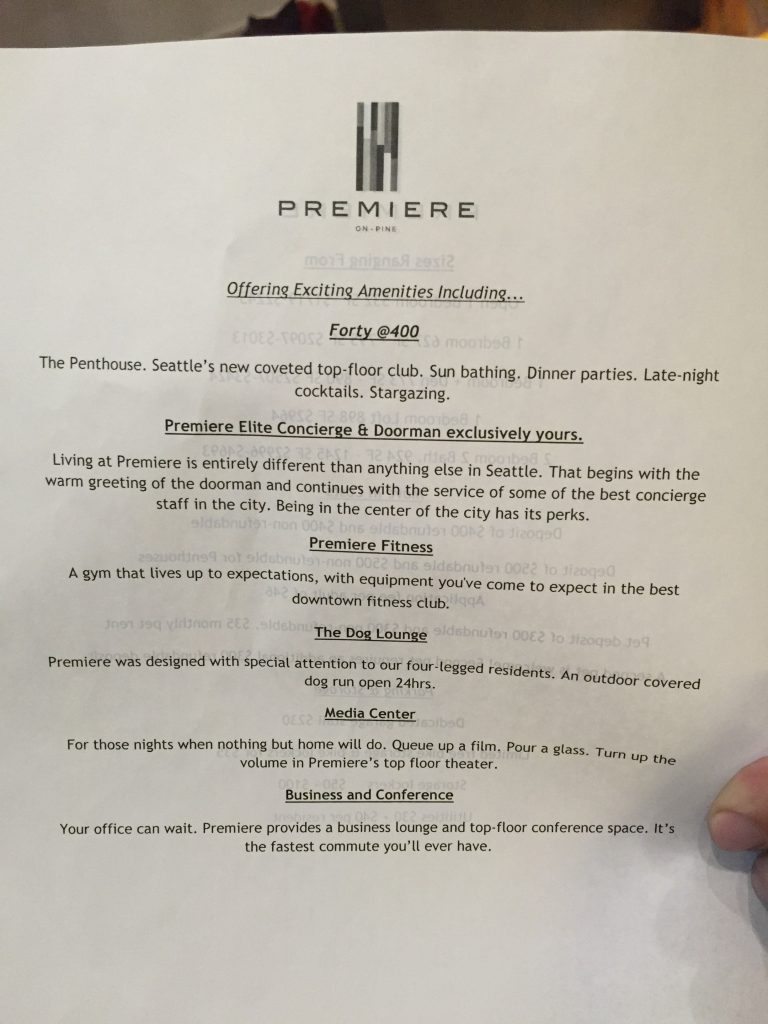 Photos of Premiere on Pine