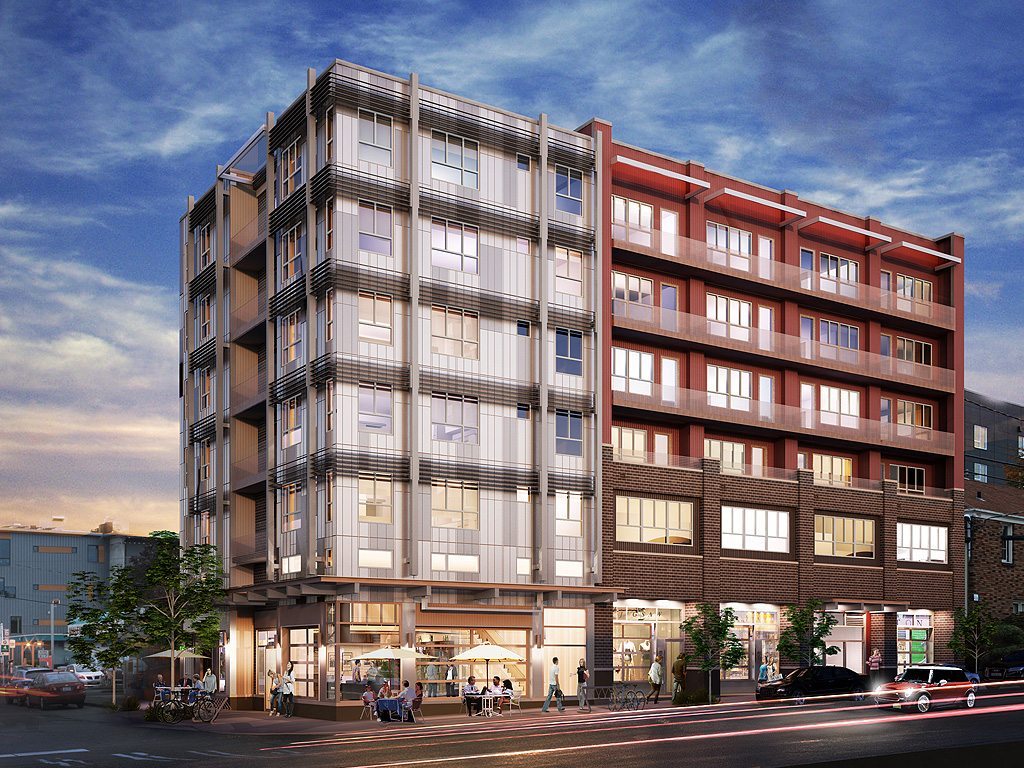 When Dave from InHaus Development wanted to get together to talk about some big news I was thinking he was going to tell me that they were going to be the first to break ground on a boutique condo on Capitol Hill. Instead he dropped the bombshell that his 38-unit project in Ballard, Salt Condos, wasn’t going to proceed as condos due to rising construction costs. Instead they’re building the project as apartments, canceling the purchase and sales already written — when we last checked in on sales in March they had pre-sold 5 units. Sadly, due to the hot construction market now, coupled with builder’s wariness about building condos given all the lawsuits we saw from the last cycle, builder’s are charging a massive premium to build a condo building. An apartment building does not carry that same premium.

I truly believe that Dave and Peter tried every which way to develop Salt as condos but just couldn’t make it work with how builder’s were costing the project and the bank’s preference to finance apartments.

Will Solo Lofts be the first and only boutique condo building built this cycle?

Here’s the statement put out by InHaus:

InHaus Development would like to thank you for taking early interest in our Salt Condominiums project. At this time we regret to inform you that the project will not be proceeding as originally planned, and will instead be built out as apartments. As you are aware, construction costs in the greater Seattle area have skyrocketed over the last two years. There is currently more construction underway than there has ever been in the city, including the peak of 2007. As a result, many projects, including Salt, have seen costs increase dramatically from original projections. Those increases, coupled with an extremely busy non-residential and institutional construction market, have left us in a position where the project was no longer viable to proceed as a condominium.

Ballard is an amazing place, and we have been proud to build in the community over the last couple years. It is difficult to imagine that although pre-sales have been brisk and there is high demand for this type of small-scale product, high construction costs ultimately have prevented us from moving forward with the development of condominiums on this site. We wish our homebuyers the best of luck as they continue forward in their hunt for a quality home in Ballard. For those interested in renting, keep an eye out for Salt Apartments which will begin pre-leasing next year.

Saltworks in Ballard is a Go