A Rainy Day for the Nexus Grand Opening

Not surprisingly, no one camped overnight in the rain to buy a condo at Nexus, the 382-unit condo project, being built in the Denny Triangle set to complete in 2019. But, people did start lining up as early as 7am for their public grand opening and by the time they opened the doors at 11am, there was quite the line! Once the doors opened, things moved quickly and the few units they had under $600k got snapped up.

What did they have? 3 studios priced under $400k, a handful of one bedrooms under $600k. By the end of today I suspect they won’t have anything below $700k and by the time I left, two bedrooms were starting just below $1m (they had upped some two bedrooms $100k from their reservation pricing.)

Here’s what was available as of this morning (red dot means taken). 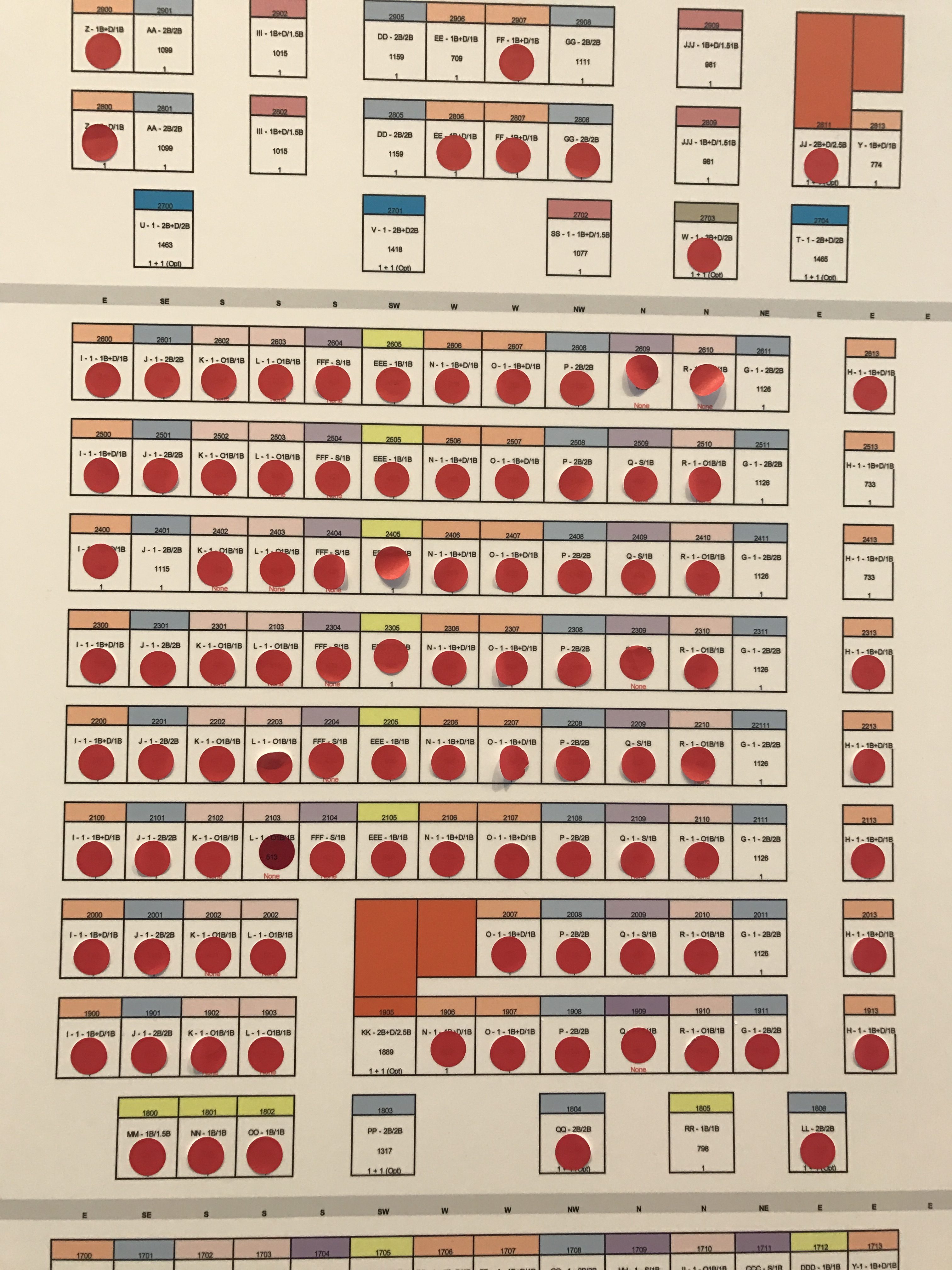 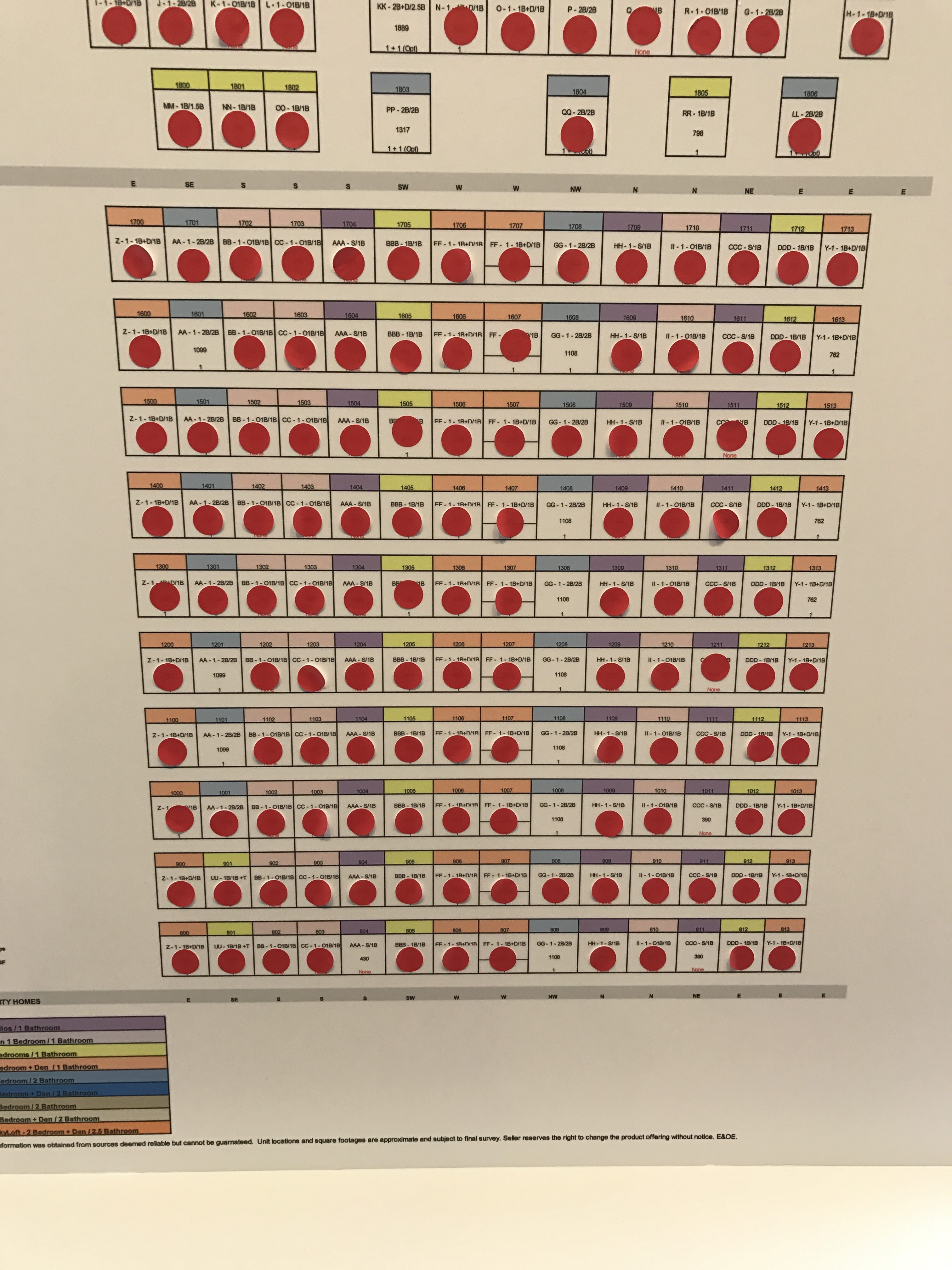 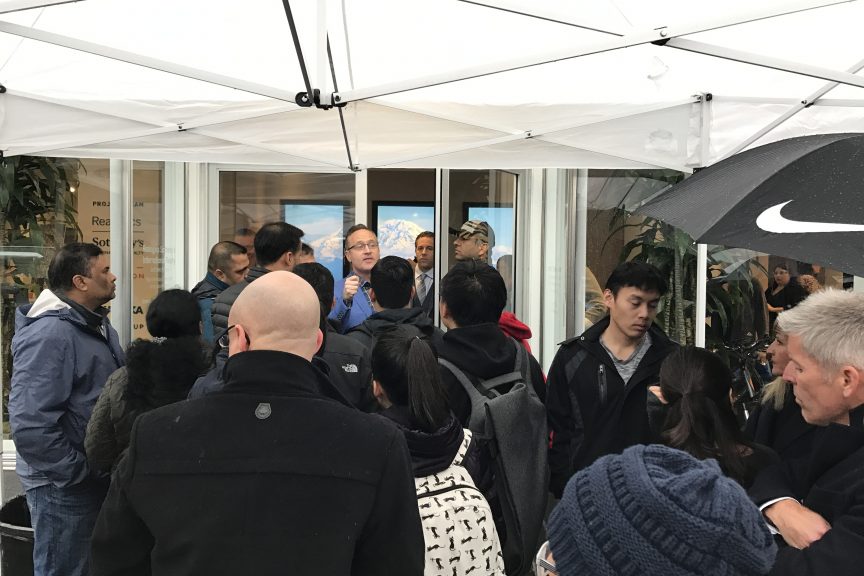 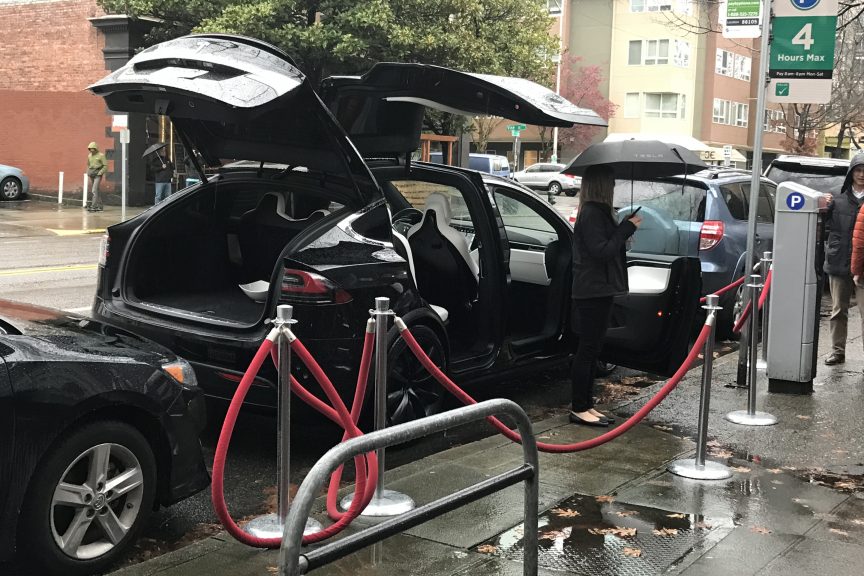 An Urban Living listing: a great unit at Nexus