From the Capitol Hill Times:

A preferred design concept includes a podium for the 300-foot tower that would provide “breathing space” between the church and high-rise by pushing the tower more north and articulating its facade on all sides.

The tower is proposed to be metal and glass with interspersed green ribbon accents, while the podium would use stone, glass and wood in order to complement the church.

According to the Early Design Guidance packet, a typical tower floor would have two-bedroom units at the corners, with mostly one-bedroom units between them with room for one studio.

The first four floors will house the parish hall of the historic Trinity Parish Church next door. Established in 1865 as Seattle’s first Episcopal church, the church will retain ownership of the land, where today it operates in an English Gothic Revival-style building that went up in 1892.

The tower and the church will be separated by “a tranquil urban garden thoughtfully linked together by a three-story glass connection,” the designer said in city filings.

The designers’ aim is to have the base of the tower complement the church facade. The tower itself is planned to be metal and glass interspersed with “green ribbon accents” of plants, the designers wrote in the packet.

Exciting to see renderings, but keep your expectations in check. This project is over two years out. 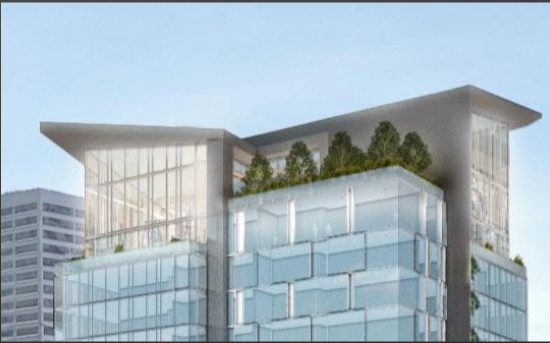 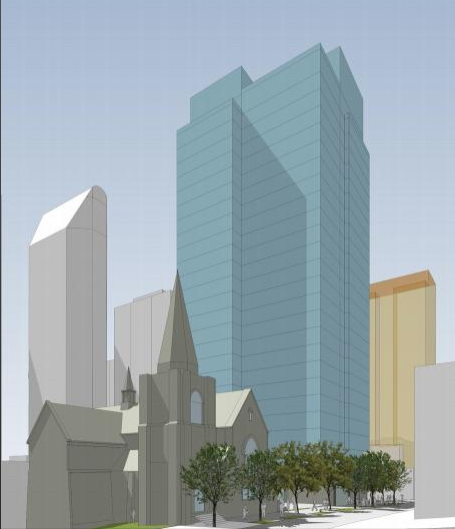 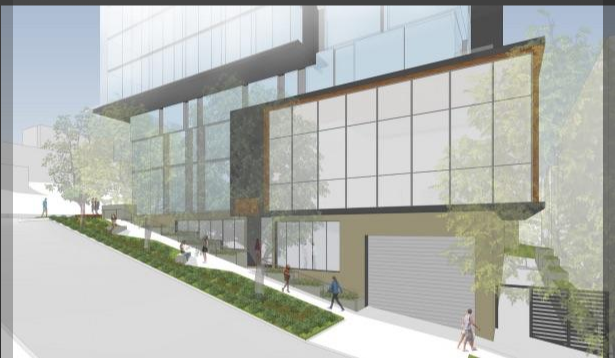 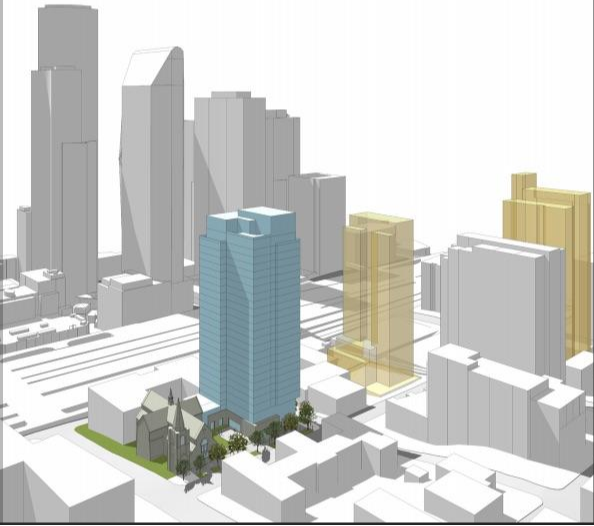 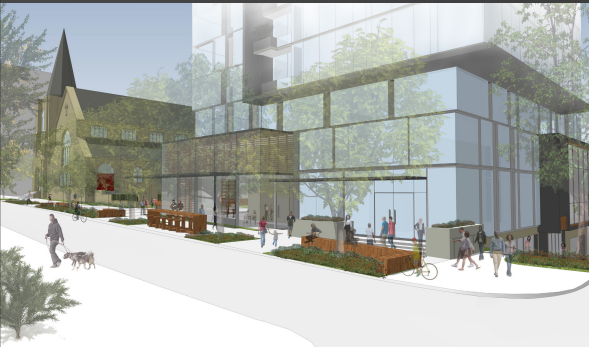 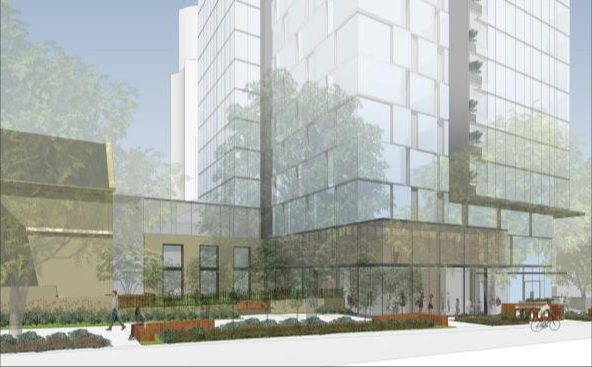