Buyers Line up for Mira Flats in Bellevue

After almost no lines for four condos that launched reservations last weekend, we were curious to see how Mira Flats fared today at their kick-off event. Turns out there’s more interest in Bellevue condos than Seattle with one person camping over night and a line of 30-35 buyers when the sales center opened their doors.

One of our clients lined up at 5:30am and secured the third spot in line. He reported that the event was very well organized, so well organized they started accepting reservations ahead of the 11am start time. In contrast to launch events in Seattle, we like how this sales team was simply accepting reservations on a first-come, first-served basis to establish a priority number and deferring unit selection to a later date based on that priority. This system lets buyers have the space and time to pick their unit and is much more buyer friendly than previous events we’ve experienced in Seattle which can be best described as a shit show.

We’re very curious to hear how many reservations Mira Flats secures by the end of day or this weekend. 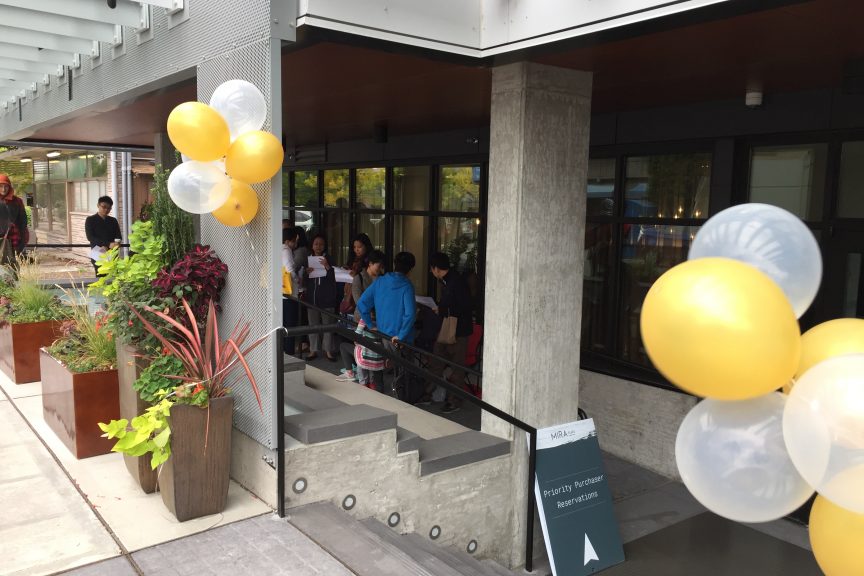 Mira Flats Down To 13 Units, 2 and 3 Bedrooms Remain