Find the original details in this Mercer Island midcentury

7000 82nd Ave SE has had few upgrades since it was first built in 1964—and neither has its Mercer Island neighborhood around it, so it’s still trees, water, and a Downtown Seattle in the view to the west. This home’s take on the classic sloping ceiling tilts diagonal, so the wall of windows wraps around a corner for plentiful light in the living room.

While the house has some changes here and there, charming period details still remain, like pendant light fixtures and a statement fireplace with wood detail. While the kitchen’s had some (not too recent) upgrades, it doesn’t look like anybody took a sledgehammer to it: it still has a semi-closed layout with stacked ovens and a cooktop.

Not everything in here is from the 1960s—what appear to be some pretty straightforward updates appear in the bedrooms and bathrooms especially—but with fully-intact bones, incredible siting, and plenty of original finishes to get you started, this would be great home for a handy midcentury enthusiast to take over. 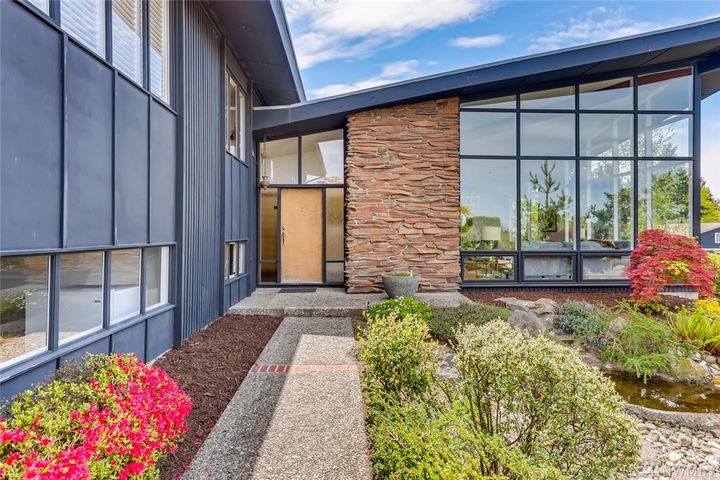 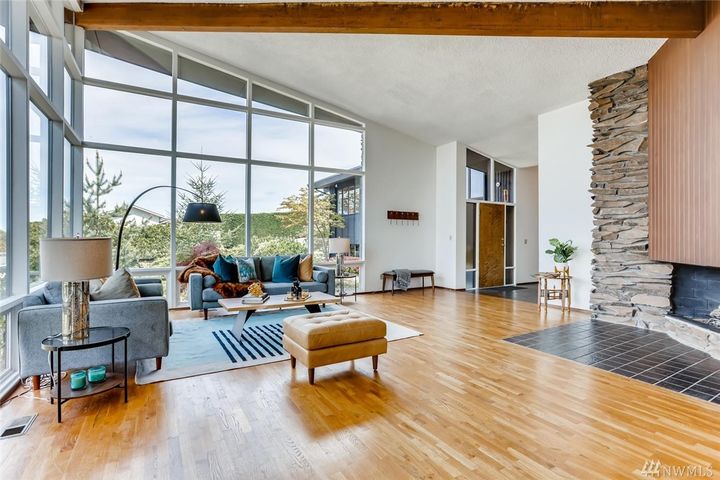 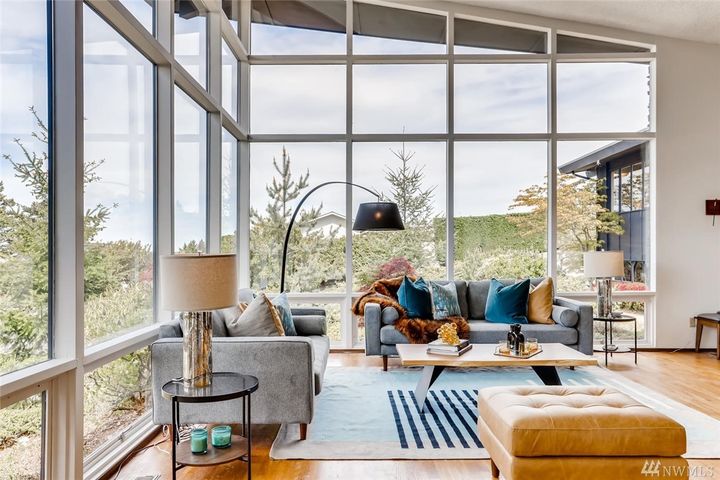 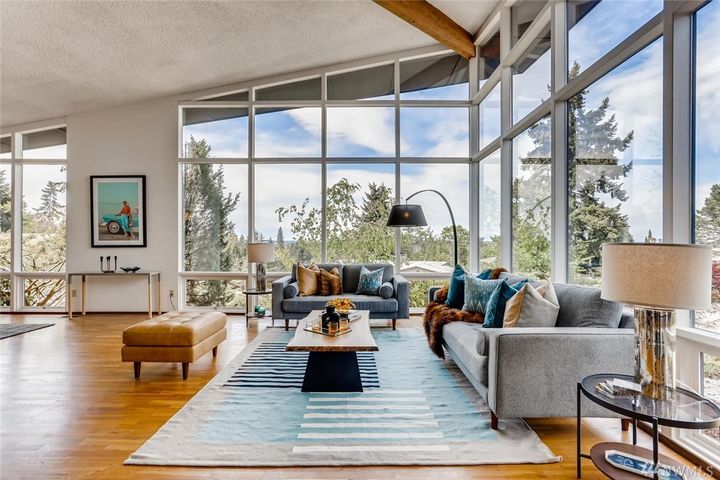 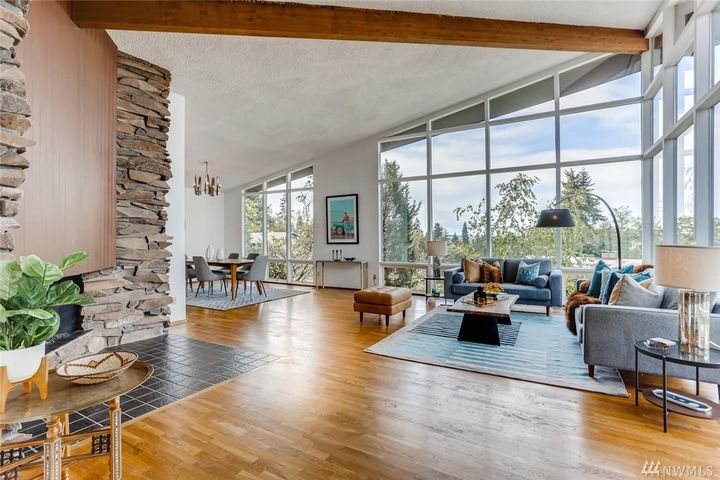 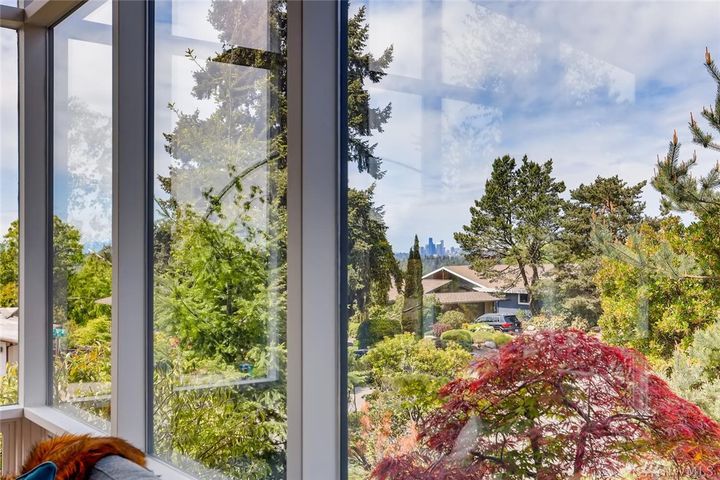 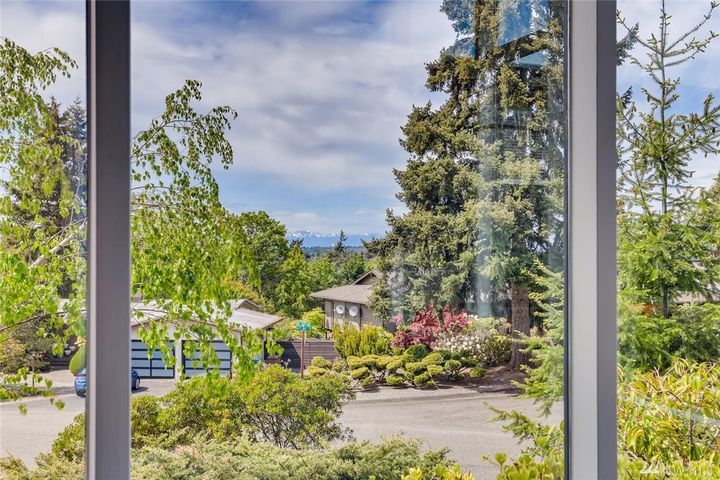 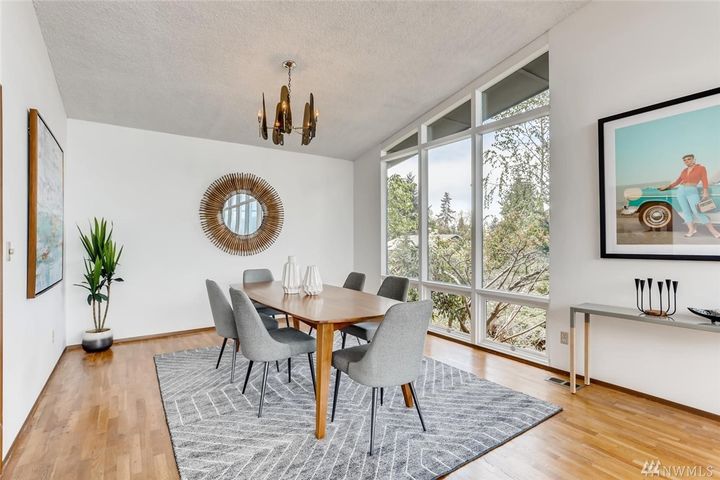 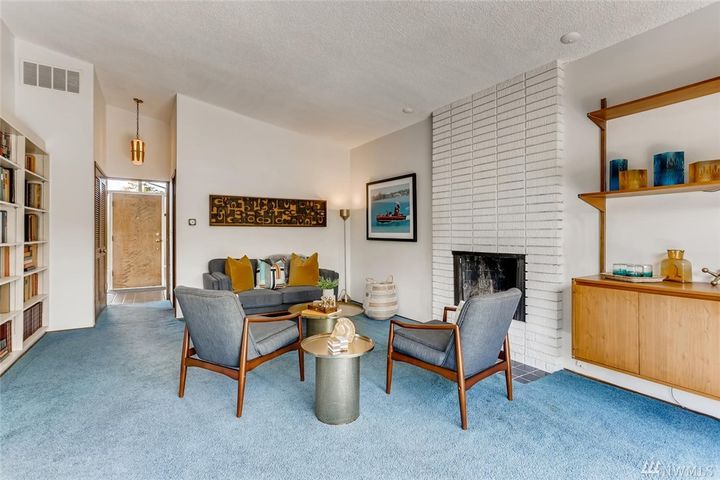 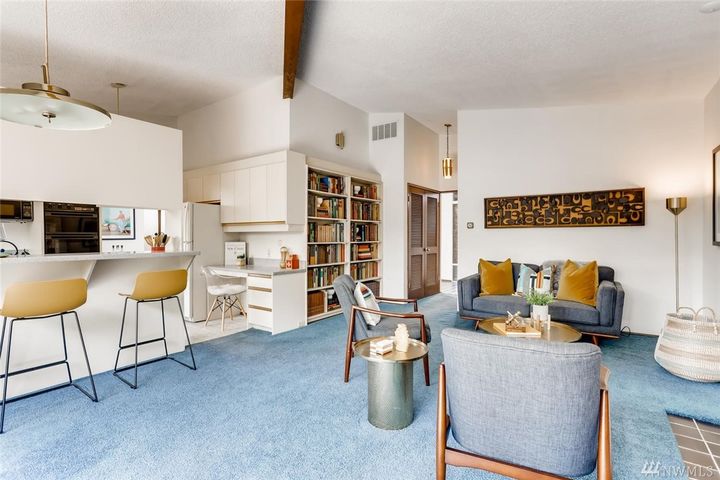 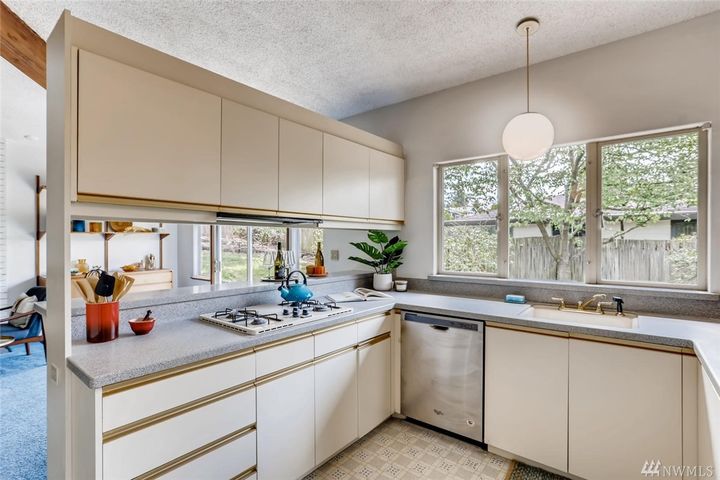 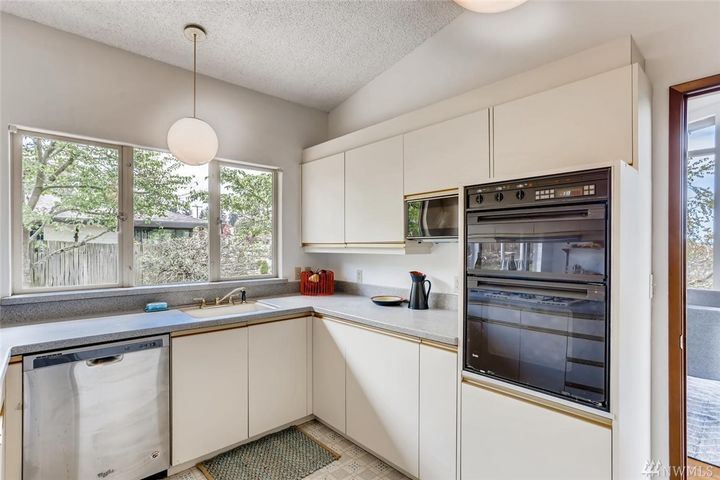 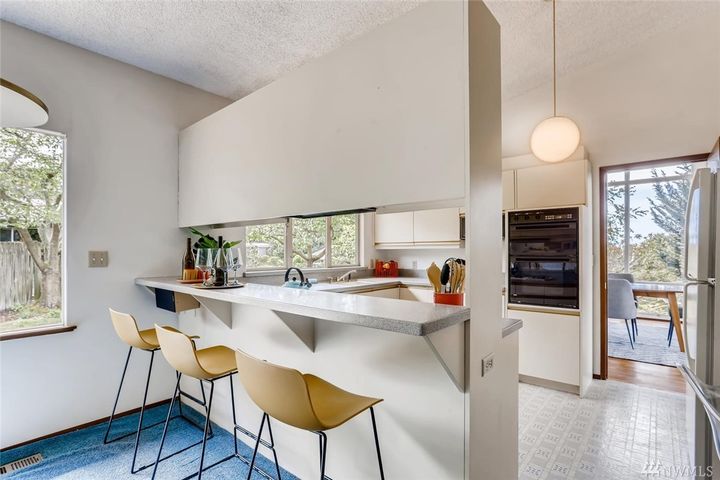 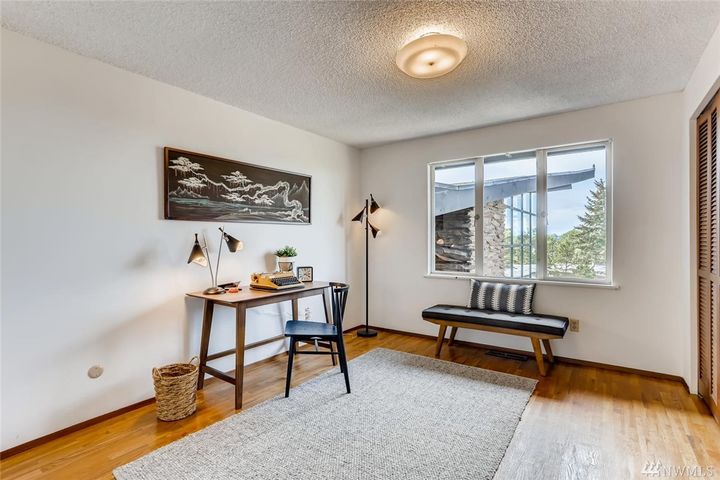 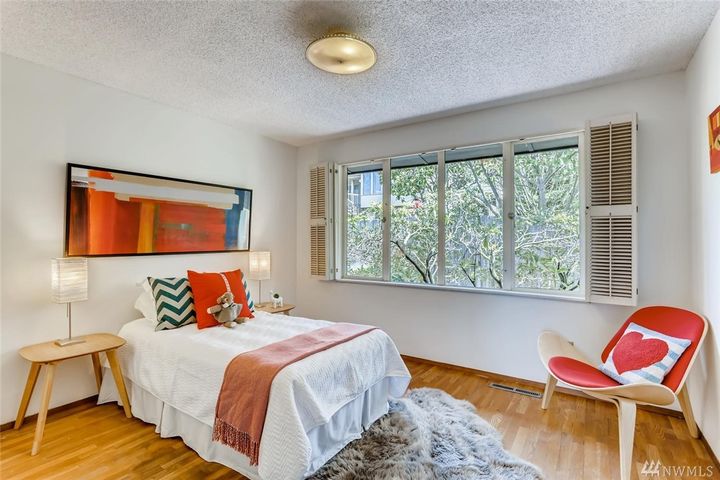 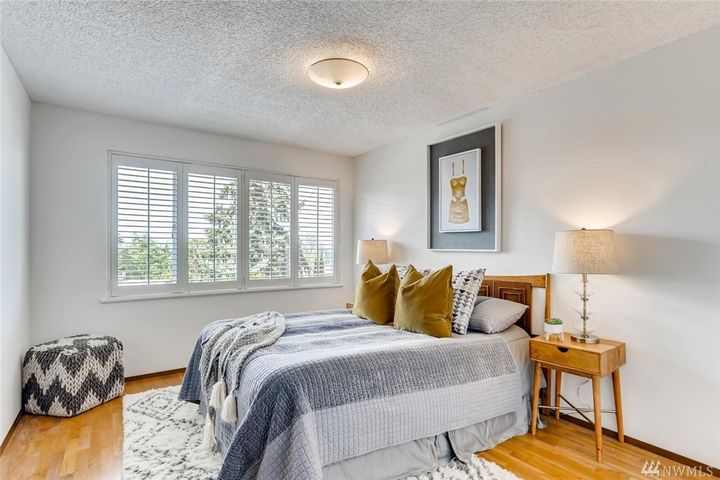 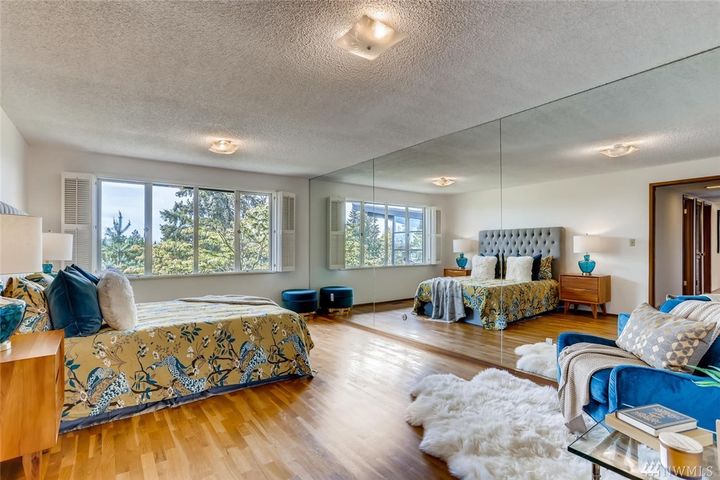 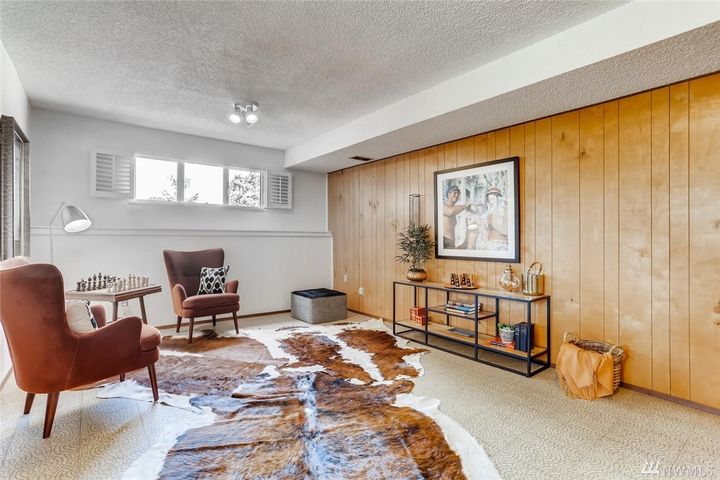 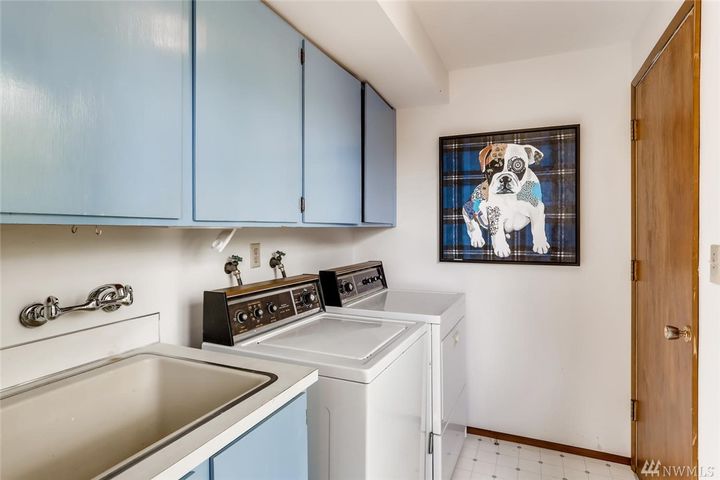 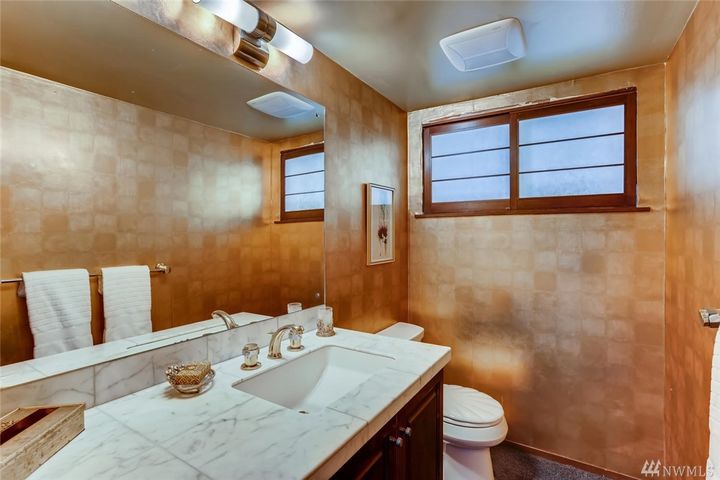 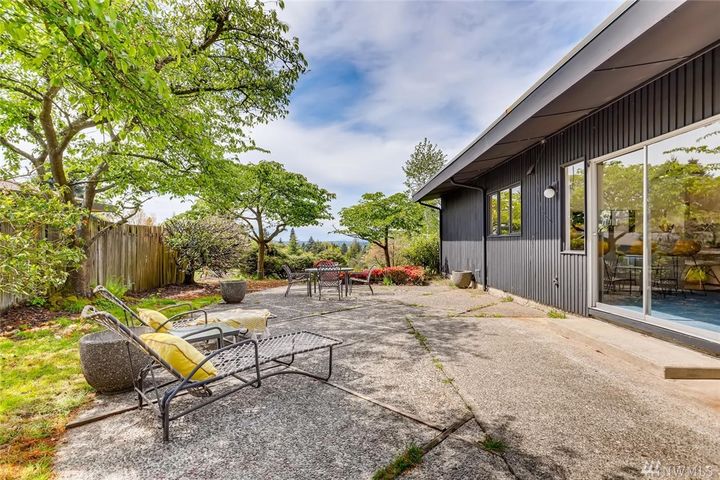 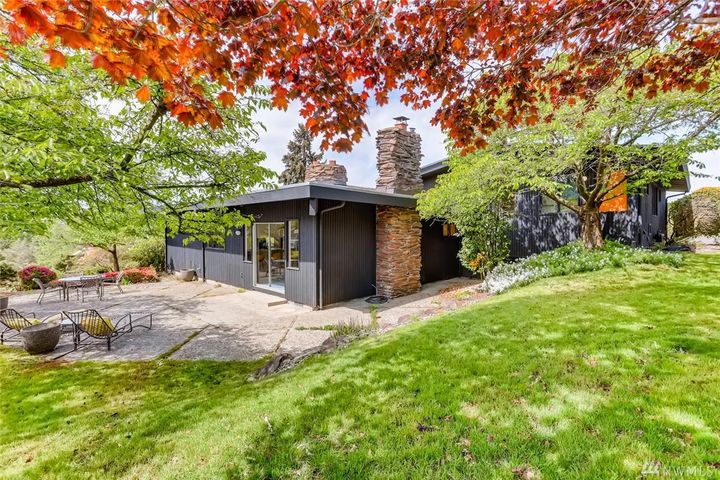 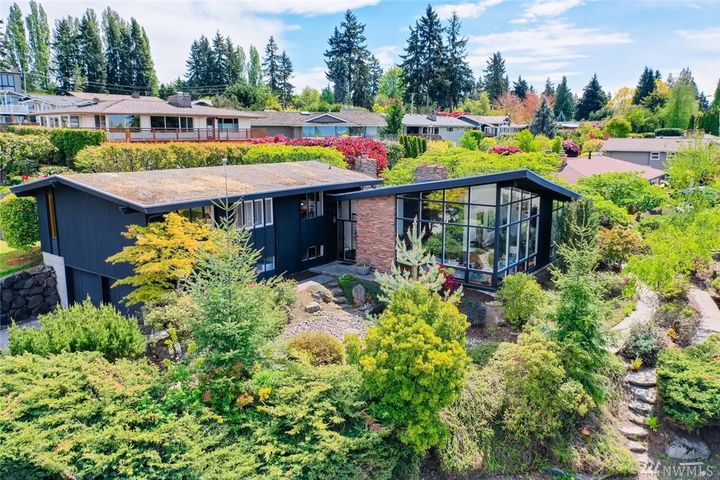 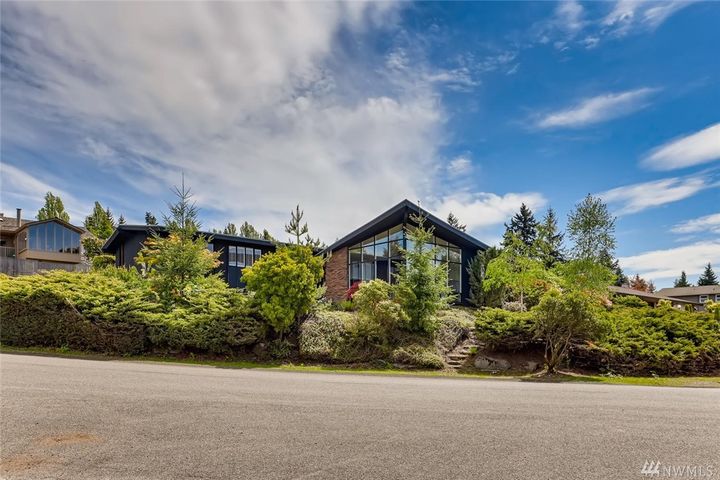 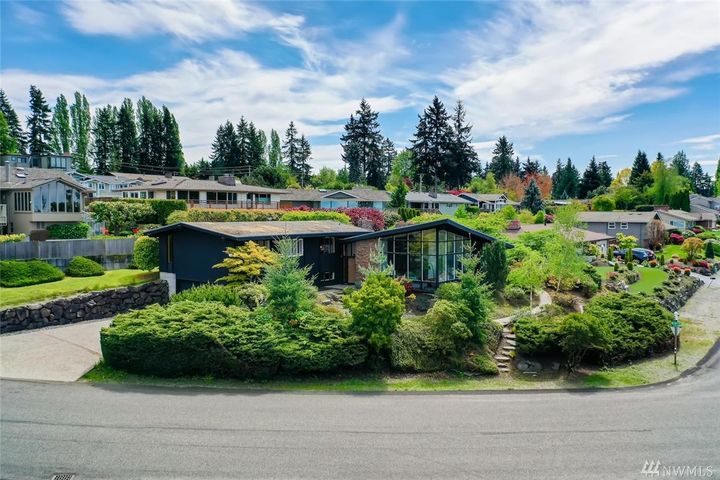