HGTV houseboat has a secret bathroom and a hidden wine cellar

Many a houseboat design makes some interesting adjustments for space, and some really lean into it. 2401 N Northlake Way Slip 6, or as it’s known familiarly, the Epiphany, leverages some creative floor-planning into not one, but two secret rooms. The wine cellar—a rarity in a houseboat—is hiding underneath a trapdoor by the entrance. The main-floor bathroom is behind a bookshelf door (classic!), which will probably become more worth it every time you have to explain to a guest where the bathroom is.

The home was built in six weeks for the pilot episode of HGTV’s Home Afloat, and has a lot of screenworthy highlights: The eat-in kitchen has a long, central table that doubles as an island. A large living room opens up to a view deck. It’s rare enough for a houseboat to have two full bedrooms, and even rarer to get a second bathroom—the upstairs one, not hidden away, is decently-sized, with two sinks and a full bathtub.

Outdoor space was high on the wishlist for this build, and it’s maybe best-delivered on the large deck off the master, featuring a fire pit and a view of downtown. 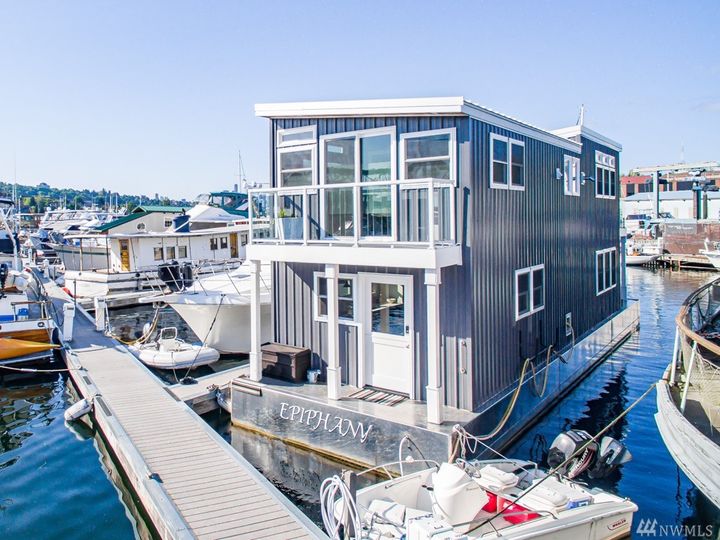 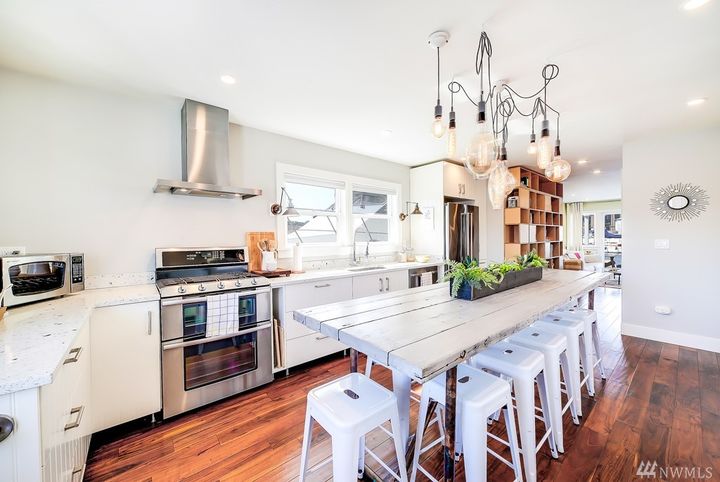 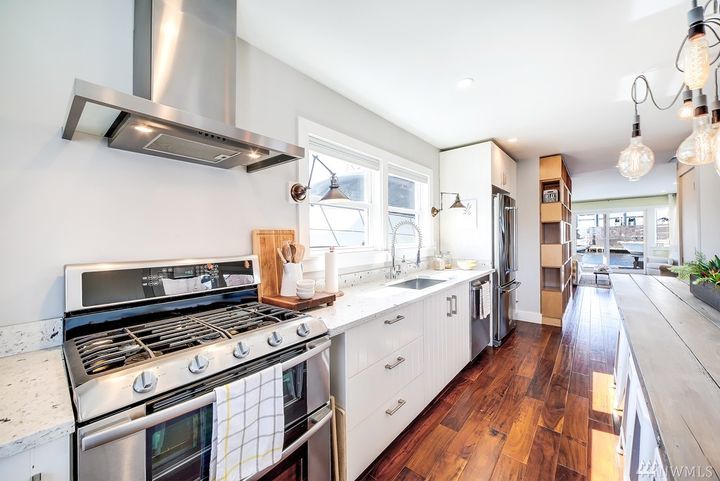 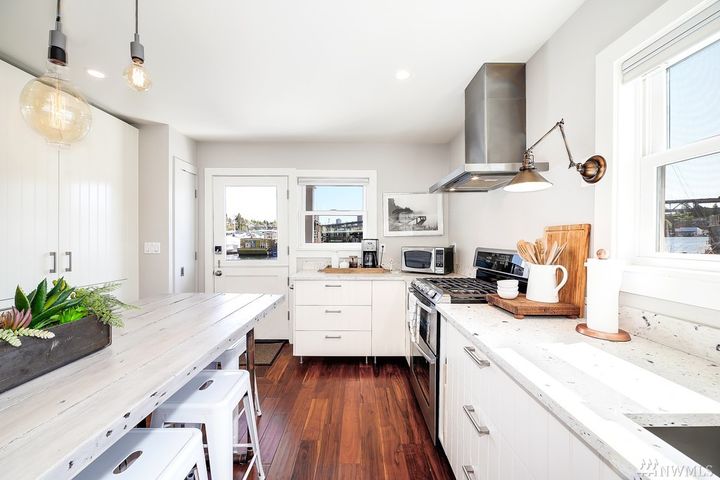 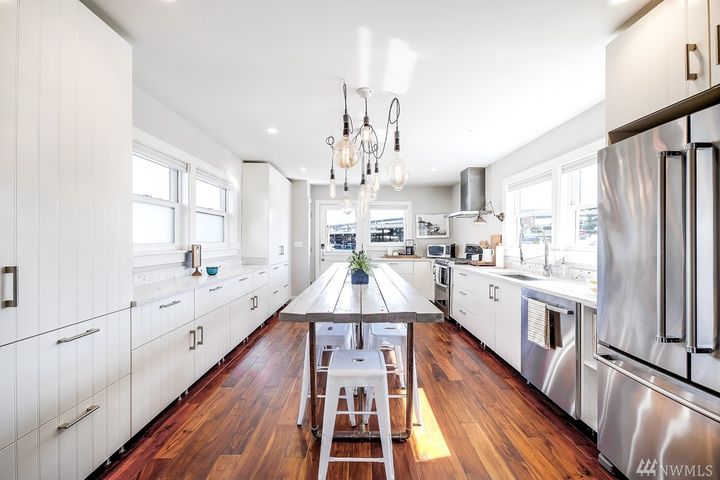 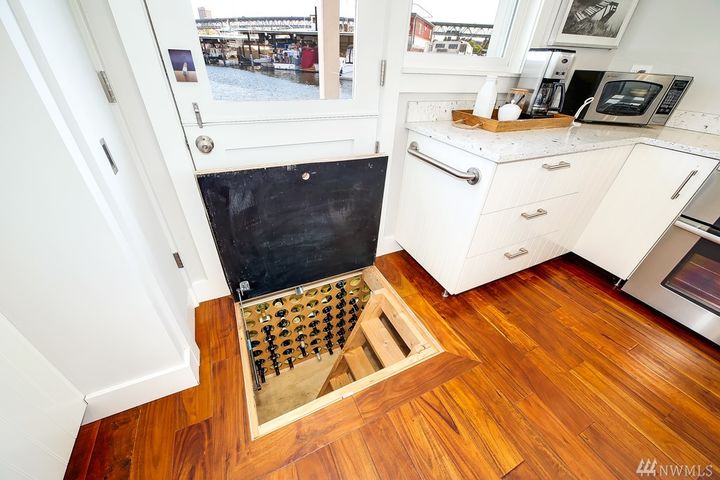 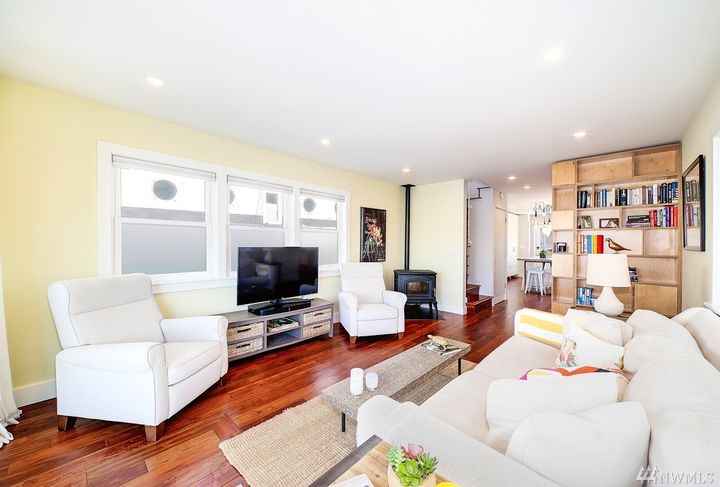 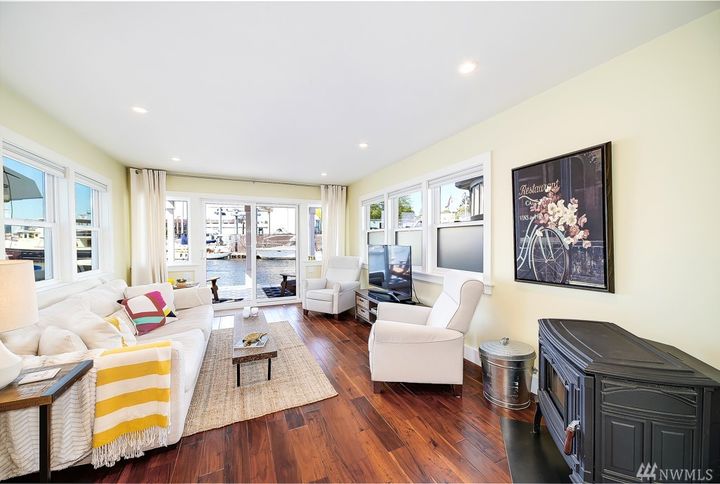 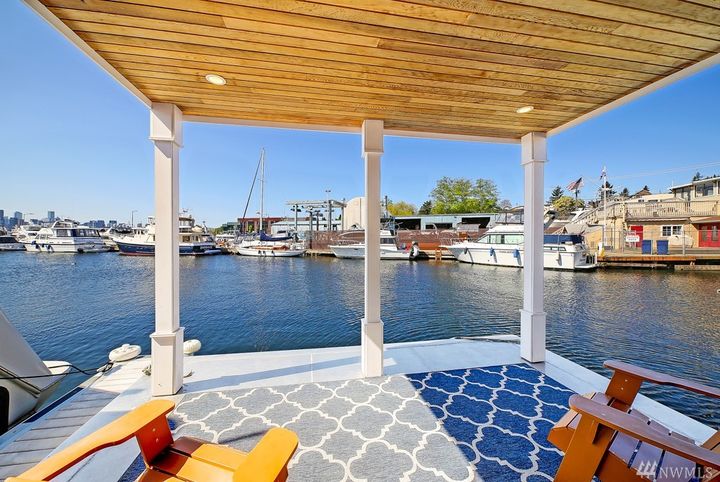 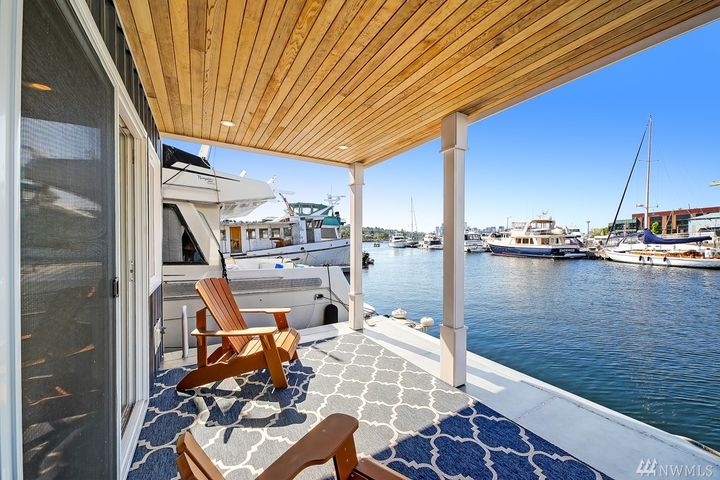 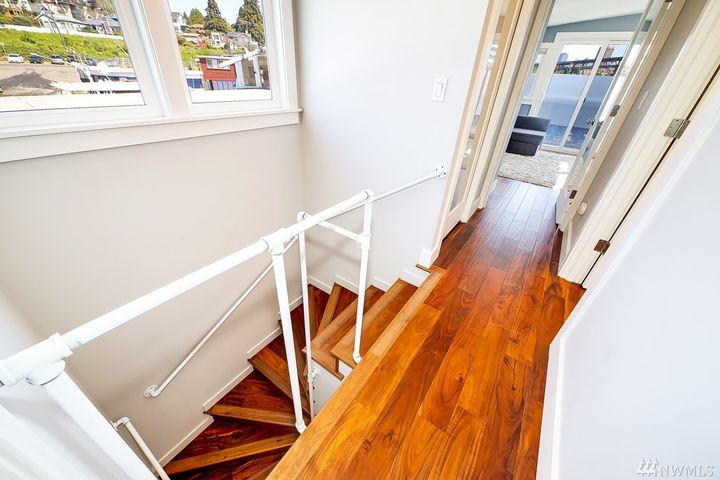 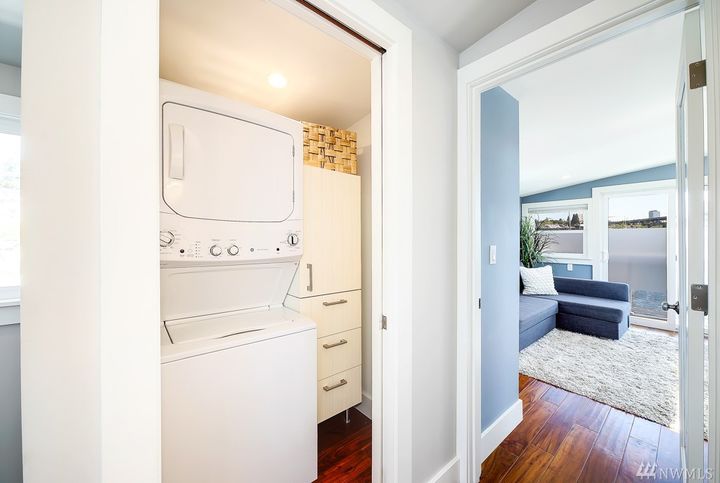 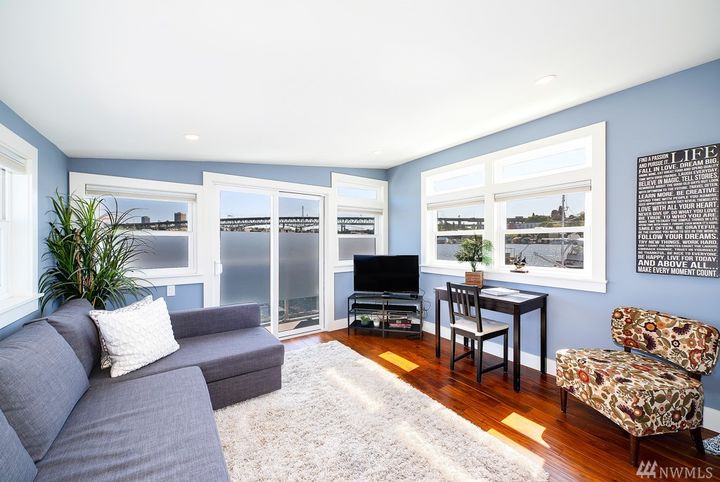 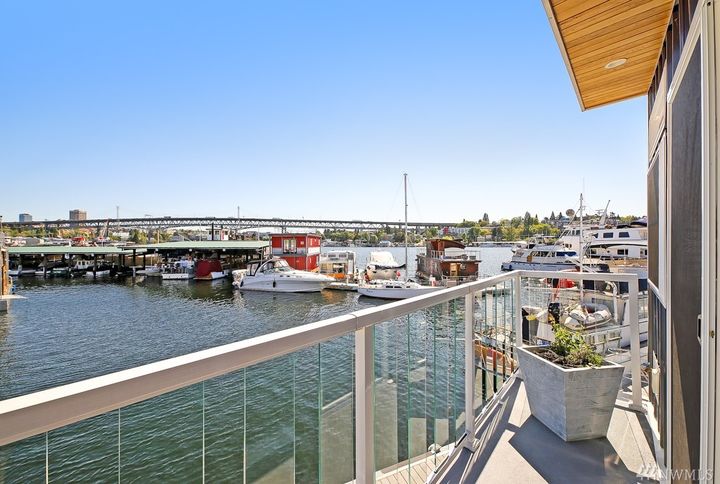 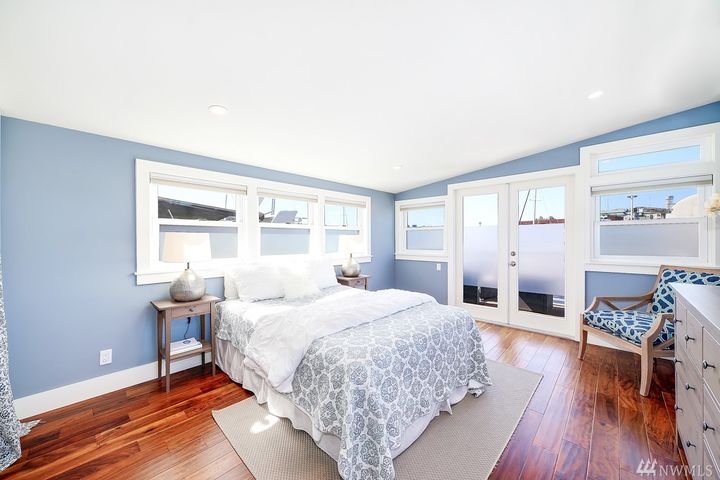 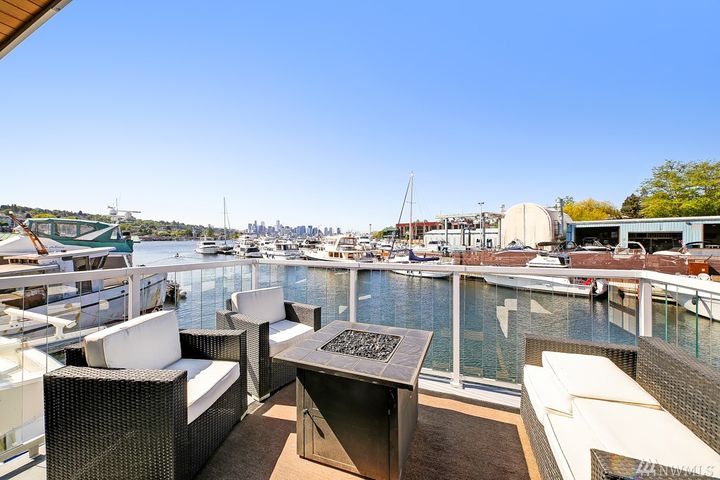 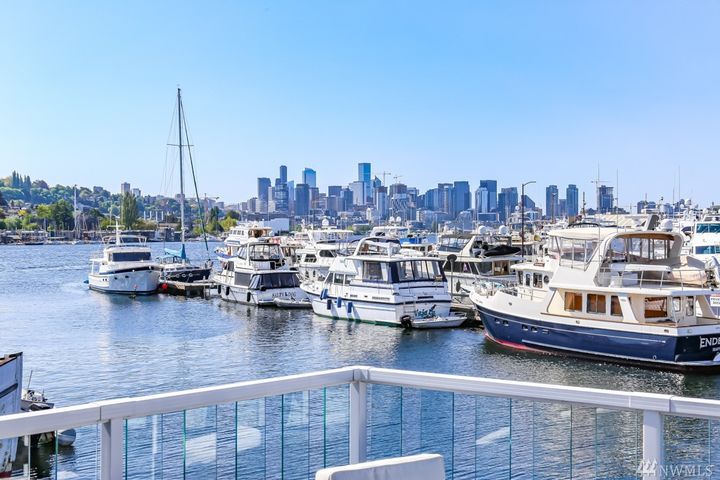 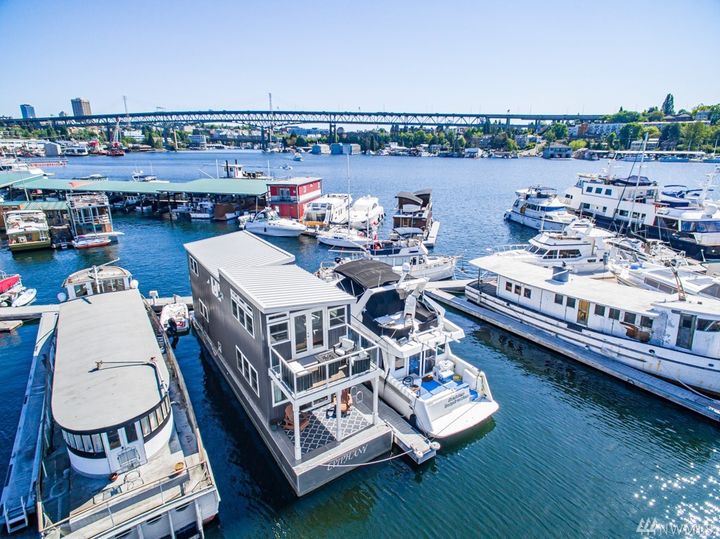 Sarah was a contributing writer to Urban Living. She can’t sell you a house, but she’ll talk about them for as long as anybody will listen.