Did you know that the board game Pictionary has local origins? The three-person team that designed it—inventor Robert Angel, accountant Terry Langston, and graphic designer Gary Everson—were all Seattle-based when they published the game in 1985.

This brings us to 151 Euclid Avenue in Leschi, a Northwest Contemporary home built for Everson in 1980. It’s changed a few times since Everson’s death in 1995, and has had a few updates, including redone hardscaping and a new deck. That outdoor space is key here: Like many hones on the east slope of the neighborhood, it’s bookended by trees on one side and Lake Washington views on the other.

Inside, it has a warmth that eludes many 1980s homes. A dynamic network of sloping roofs with exposed beams and skylights lend equal parts airiness and coziness. In the living room, elevated above the ground level for better views, a cathedral ceiling has a loft nestled above that could easily be a library. For the full woodland effect, the master bedroom has a large balcony and its own hearth. A second bedroom or den has its own smaller balcony for treehouse vibes.

With easy access to the outdoors from any point in the house and the new deck serving as its own kind of living room, the surrounding environment is really allowed to take center stage—although whimsical interior touches like built-ins, stained glass, and wallpaper accents don’t hurt, either. 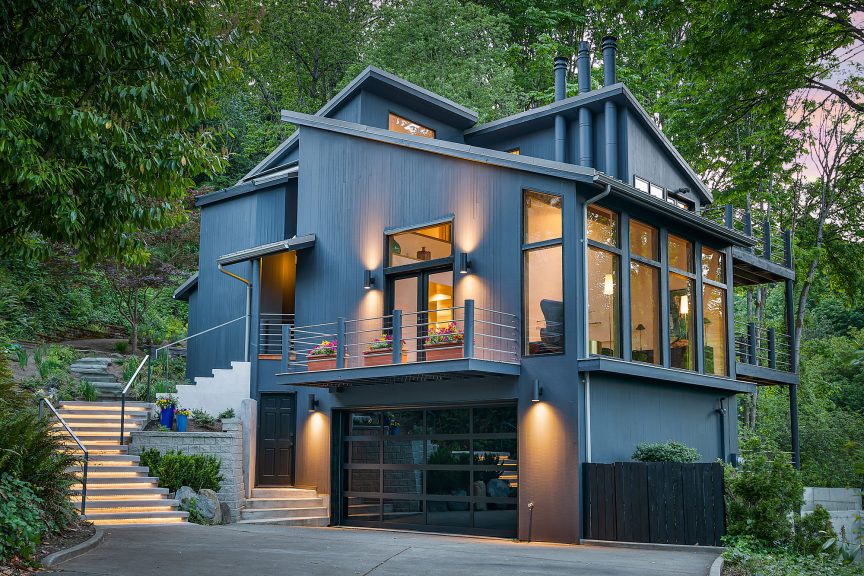 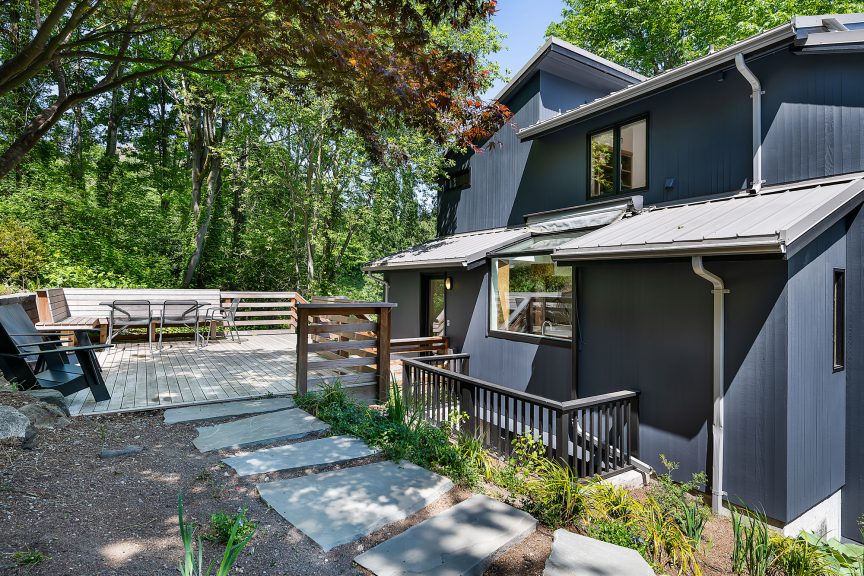 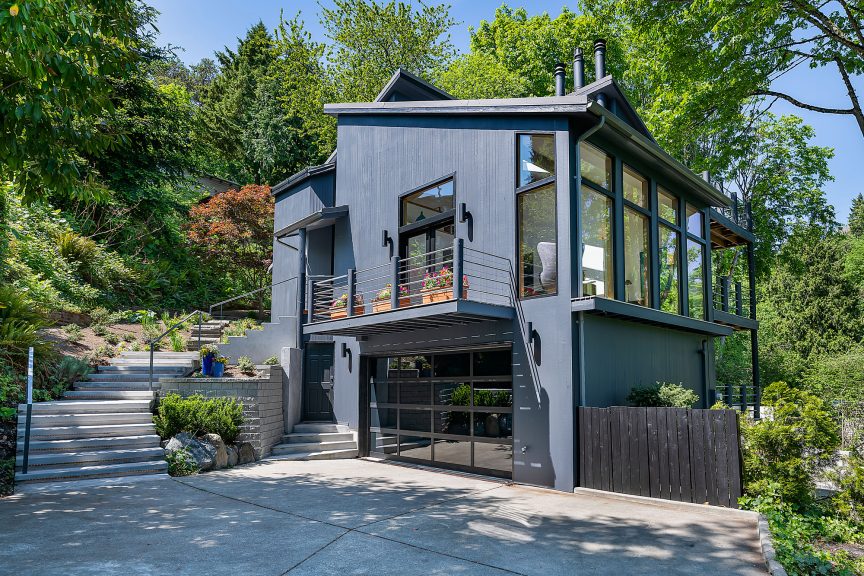 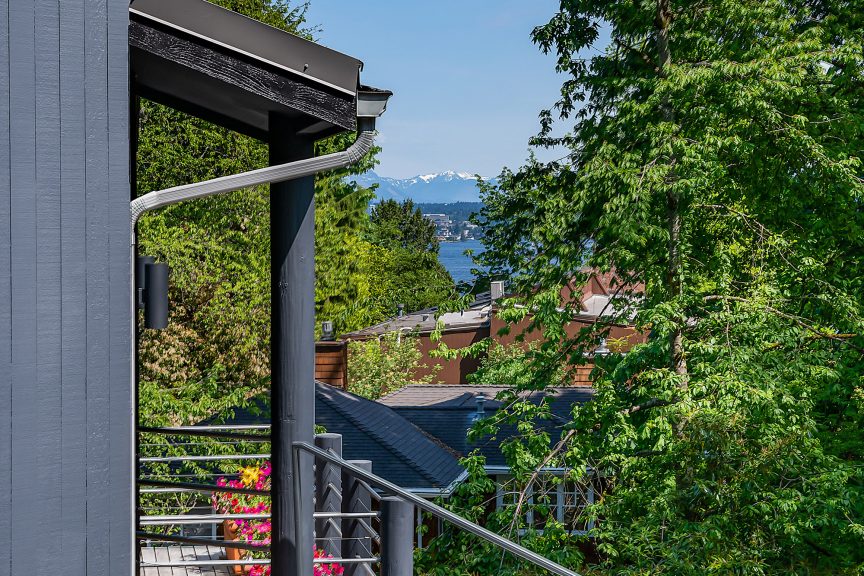 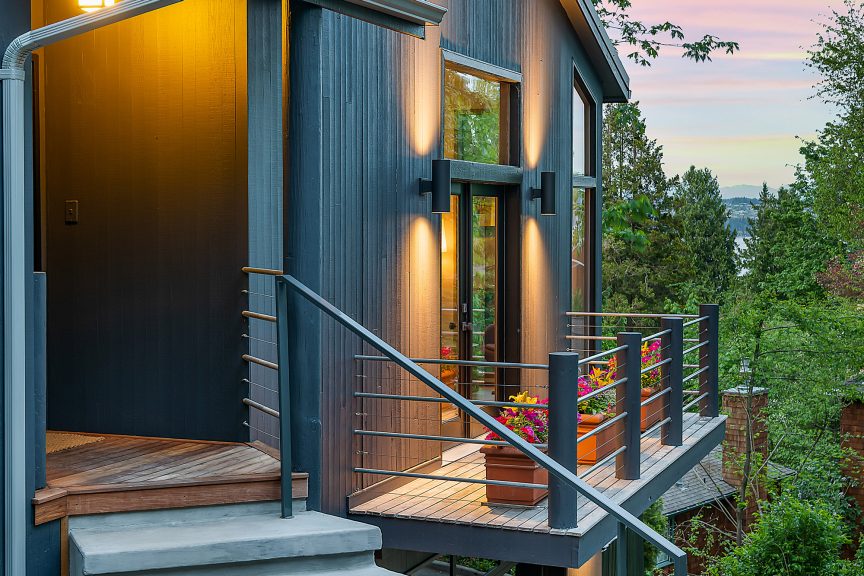 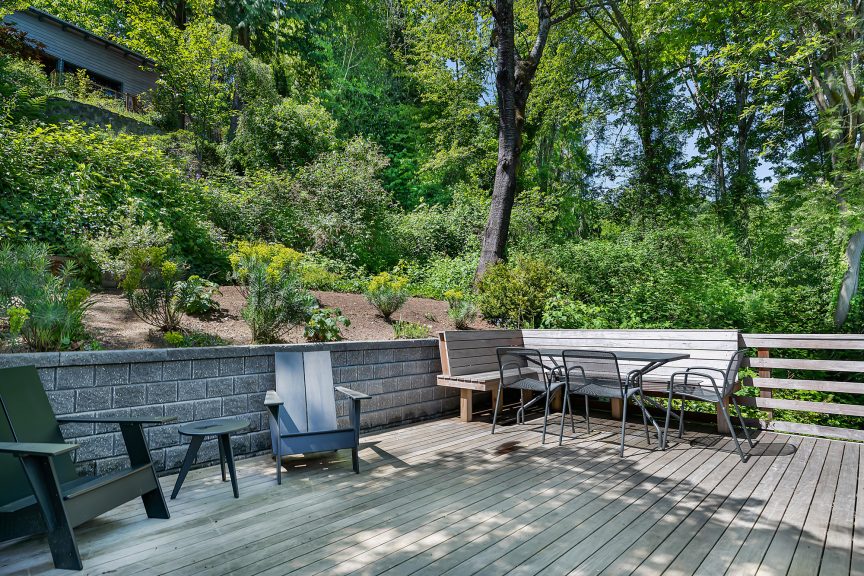 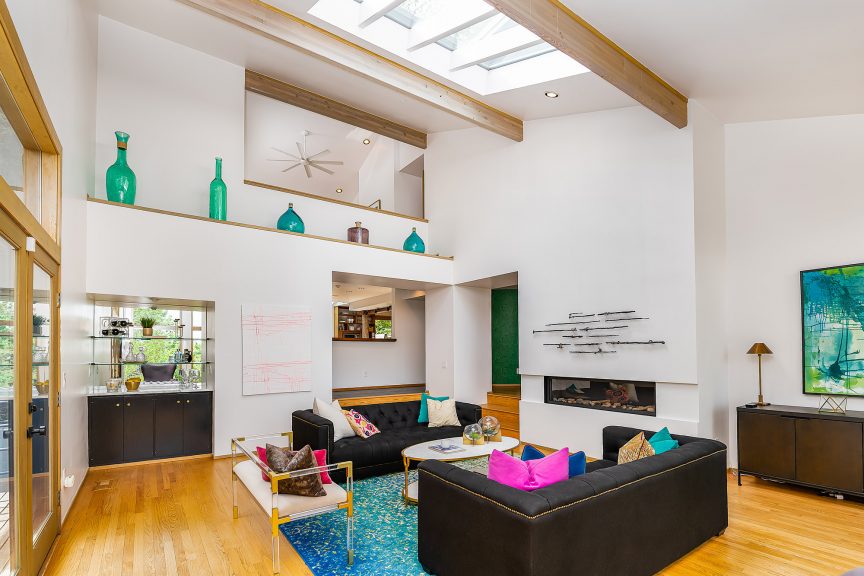 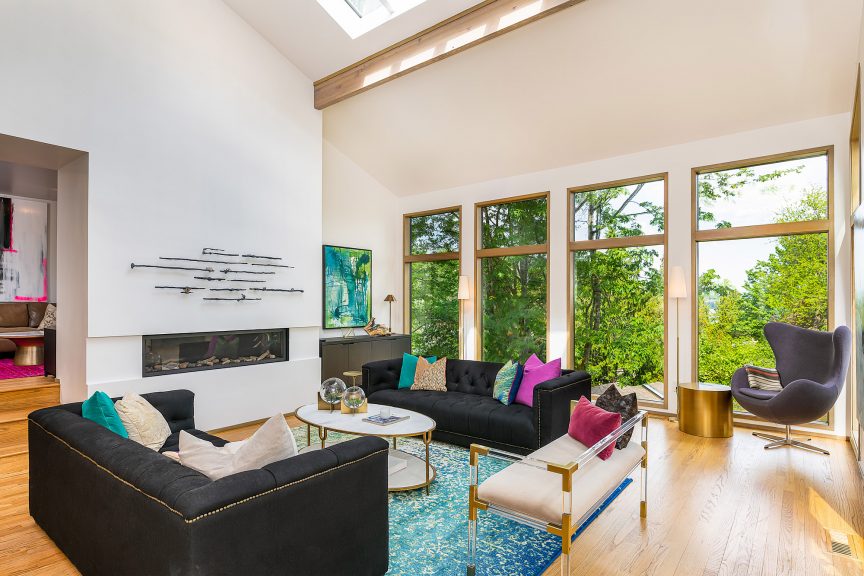 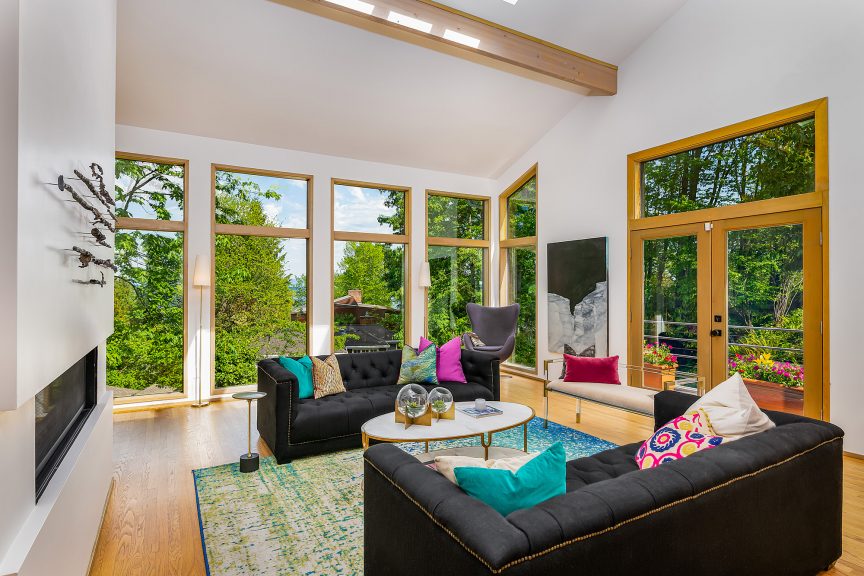 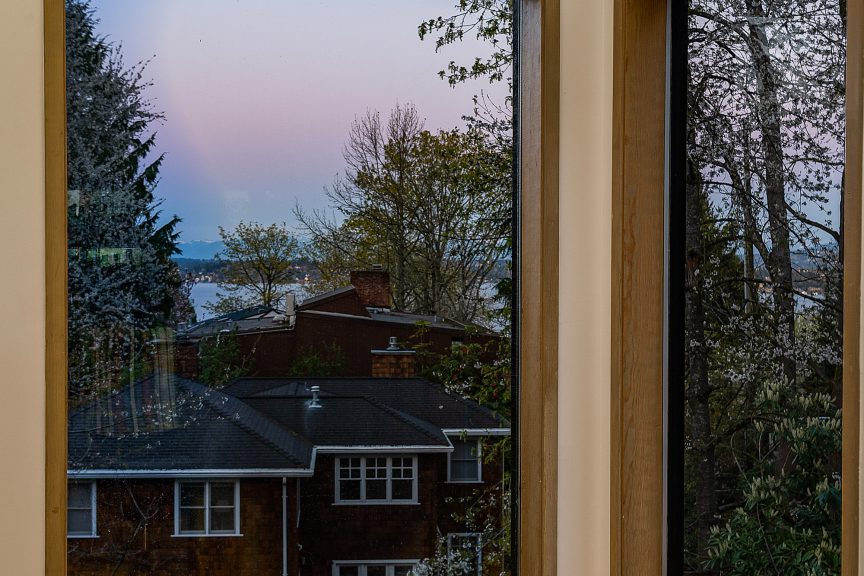 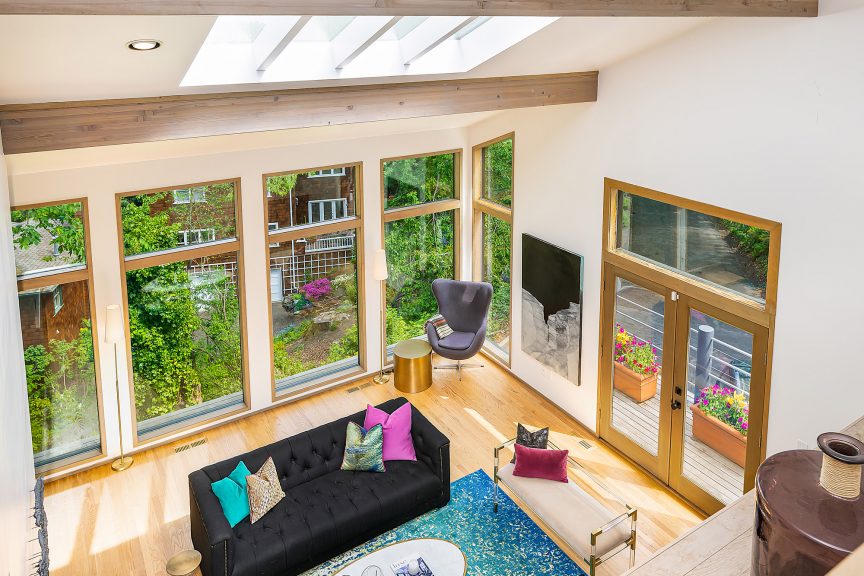 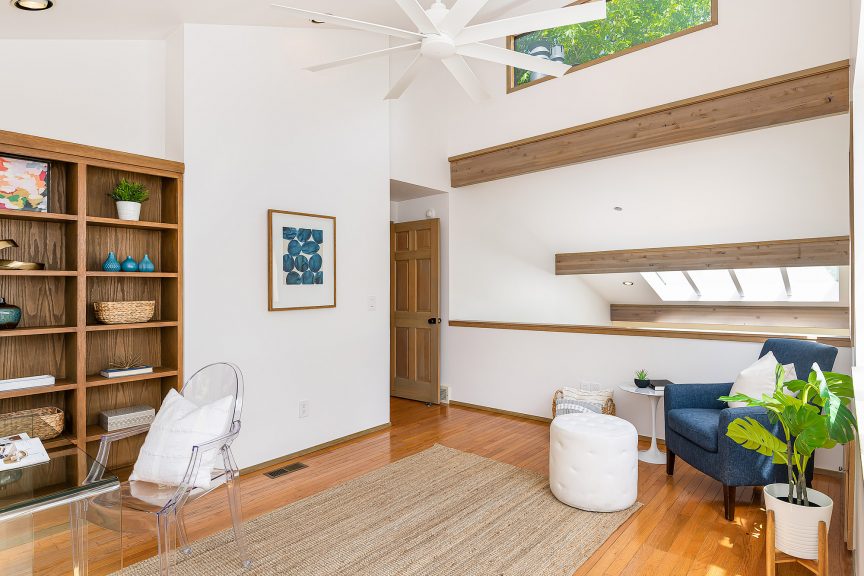 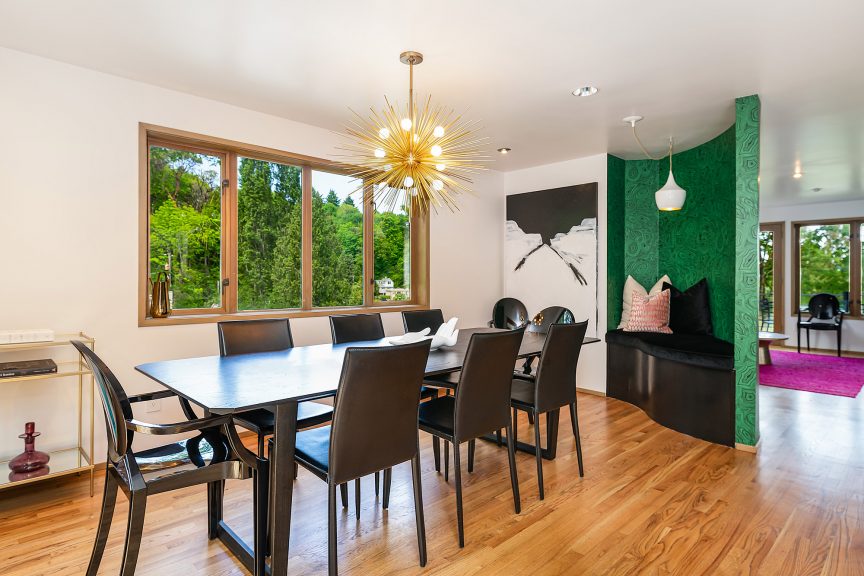 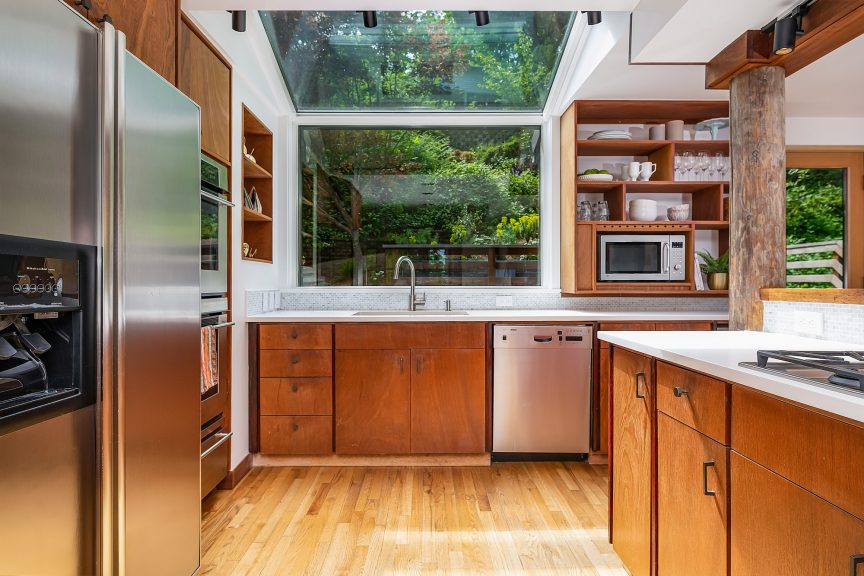 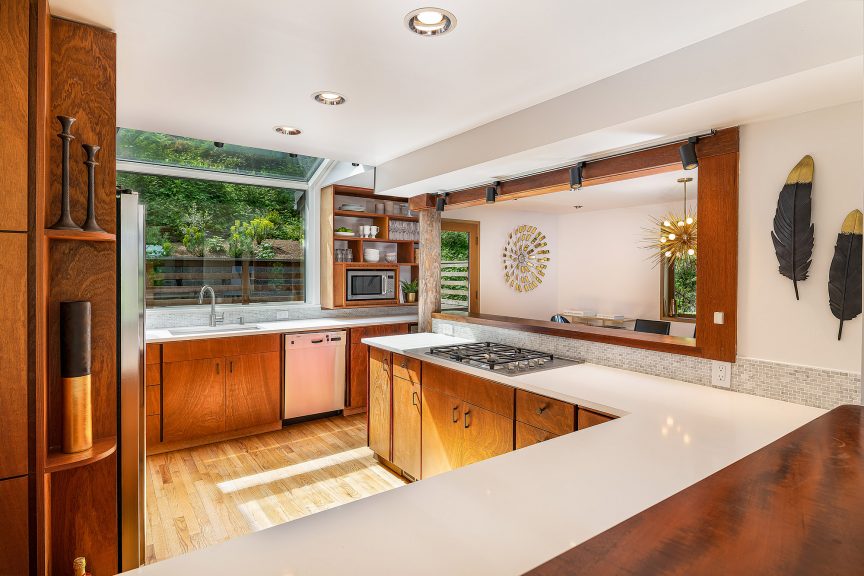 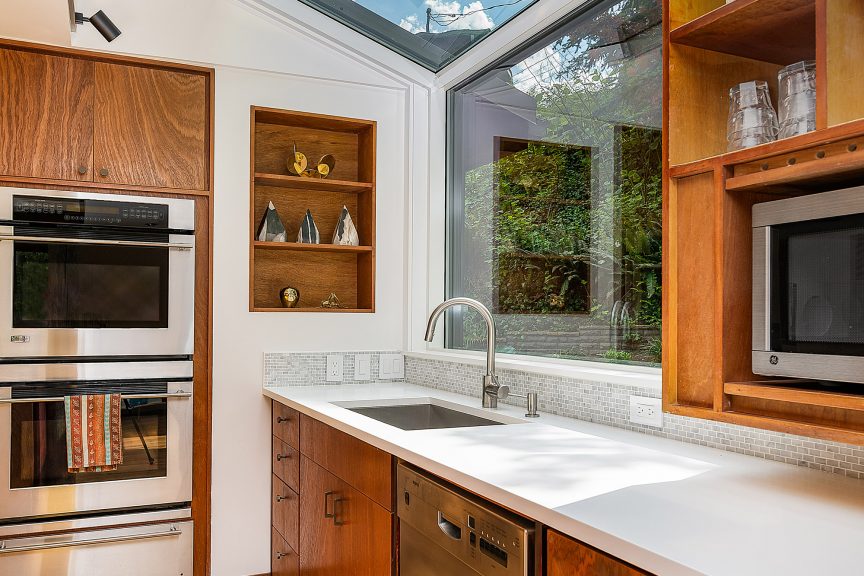 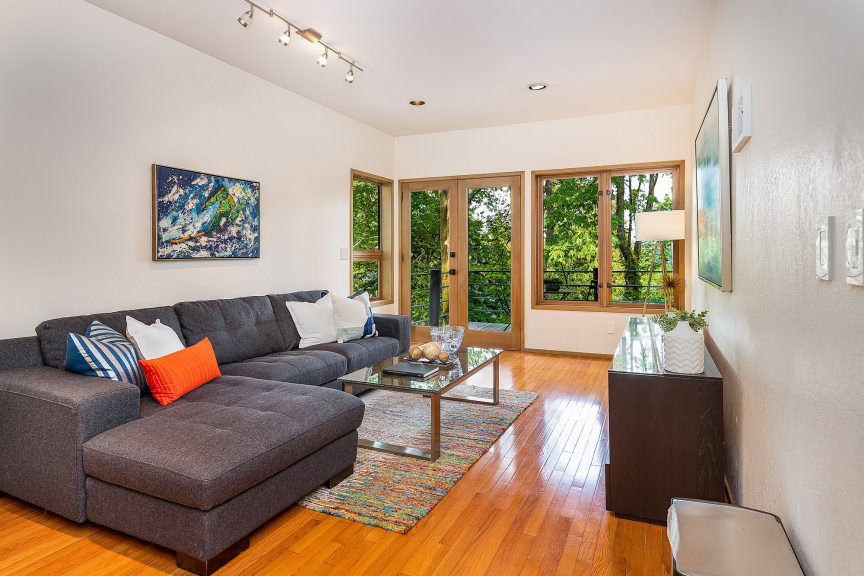 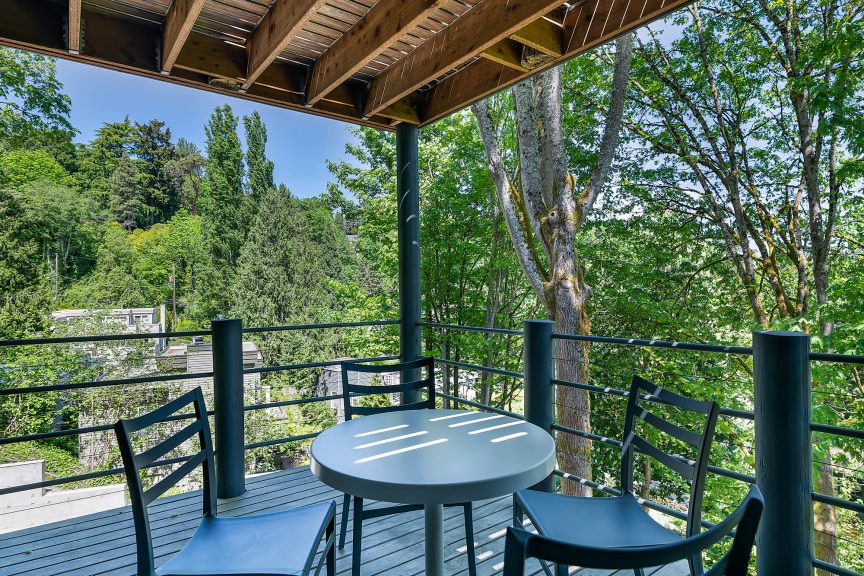 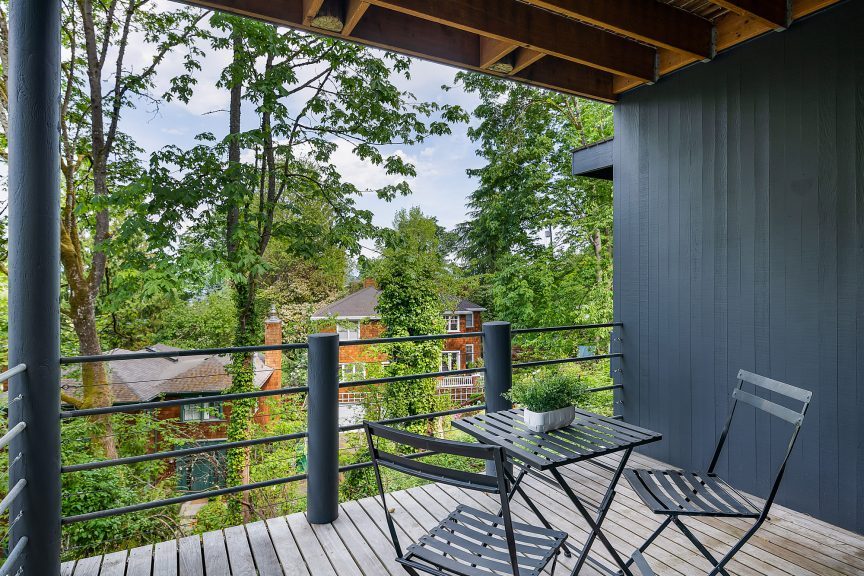 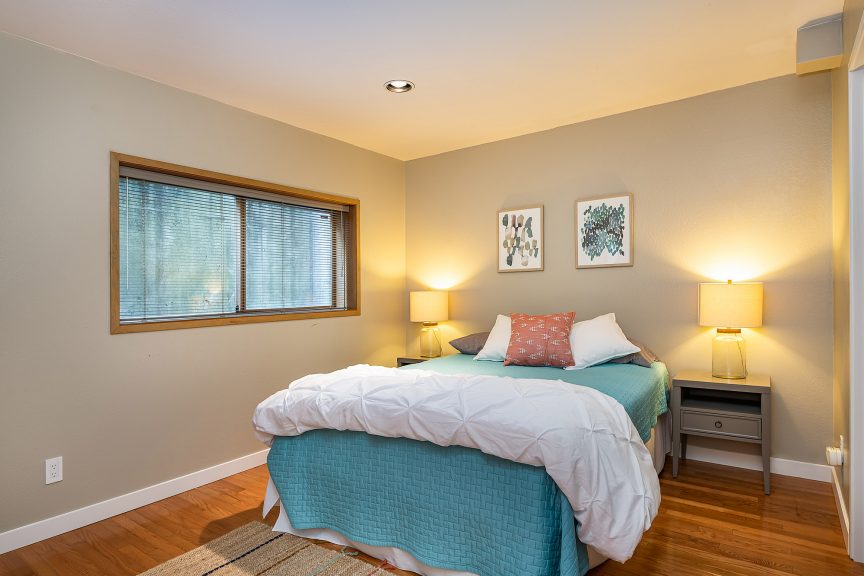 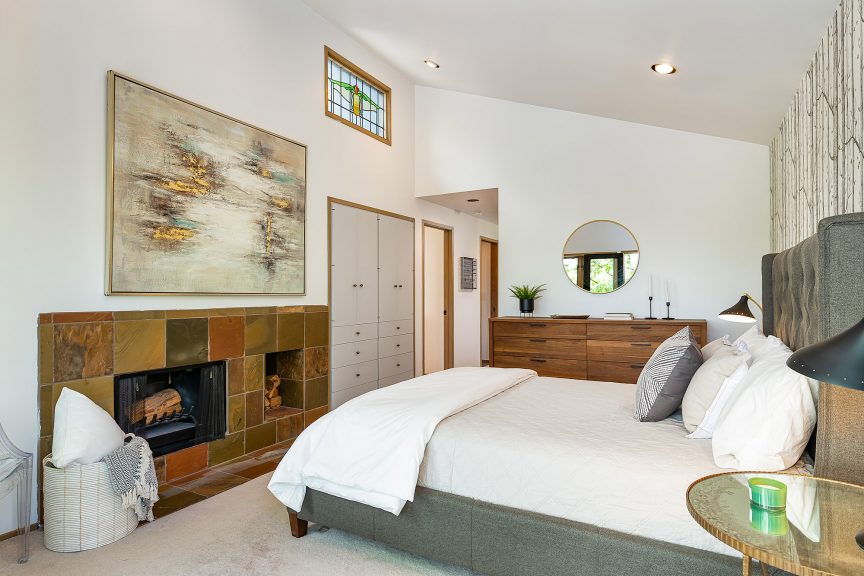 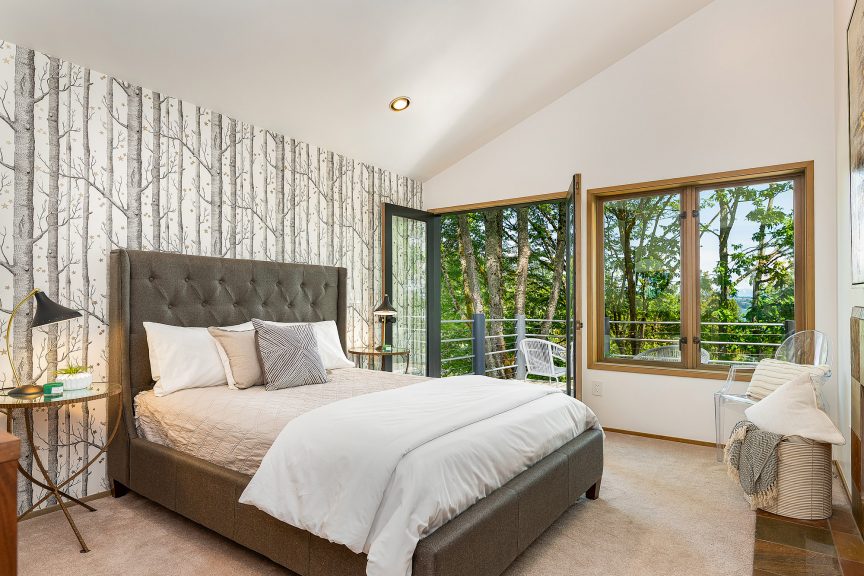 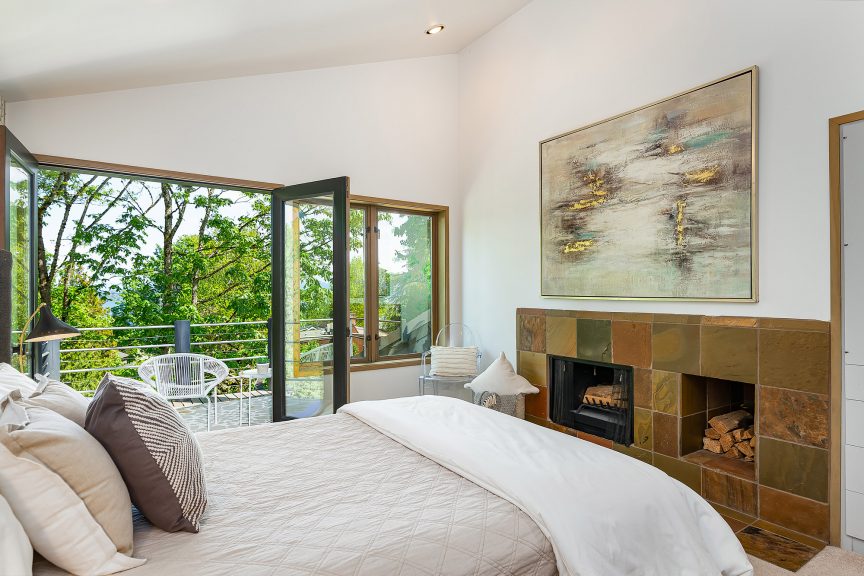 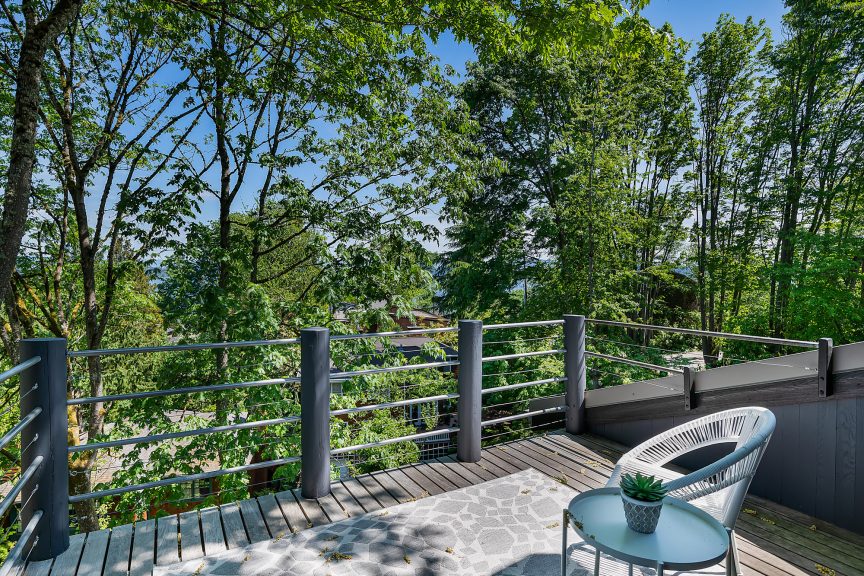 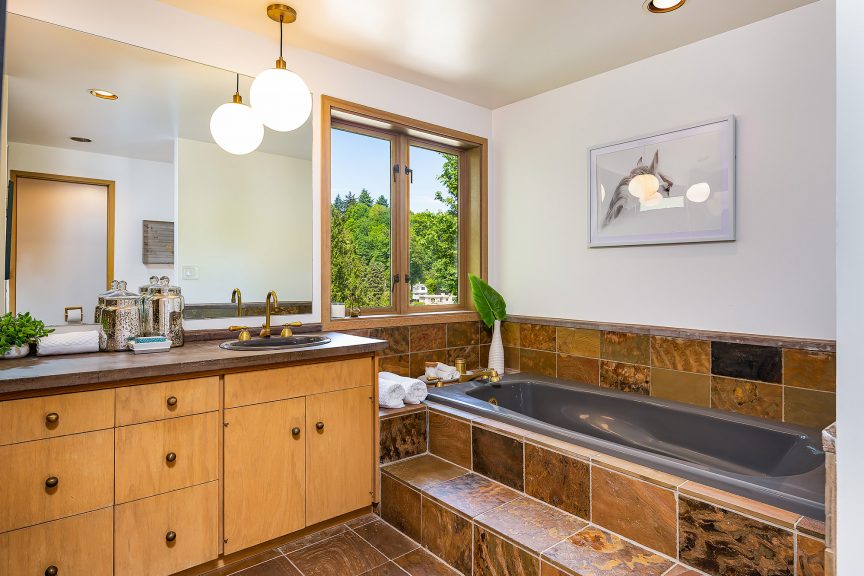 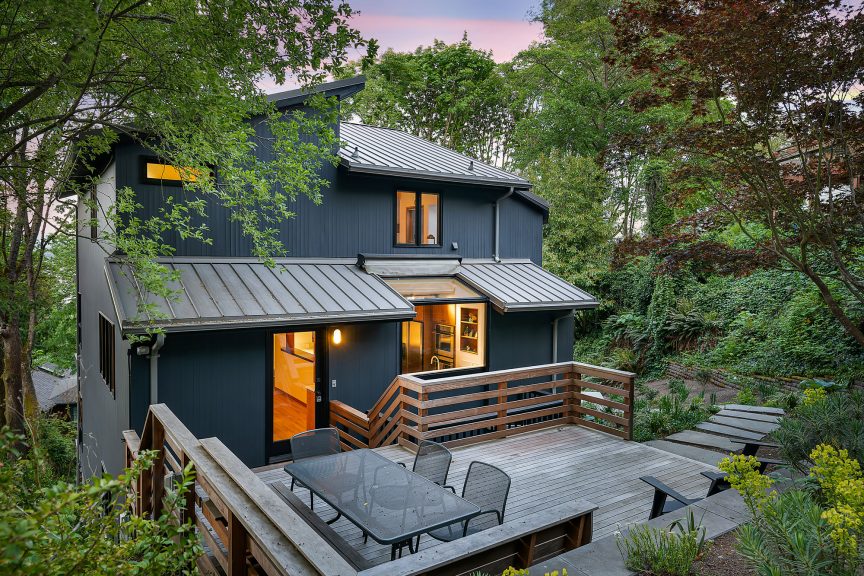 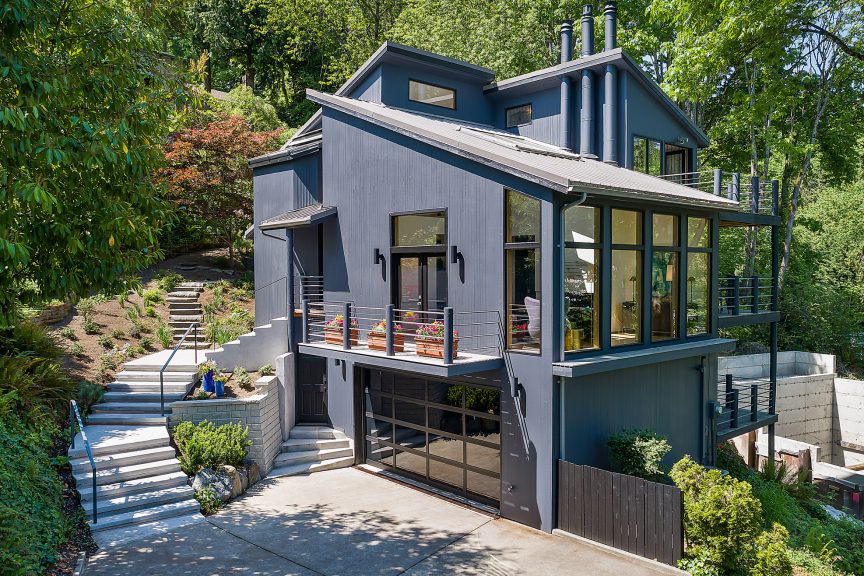 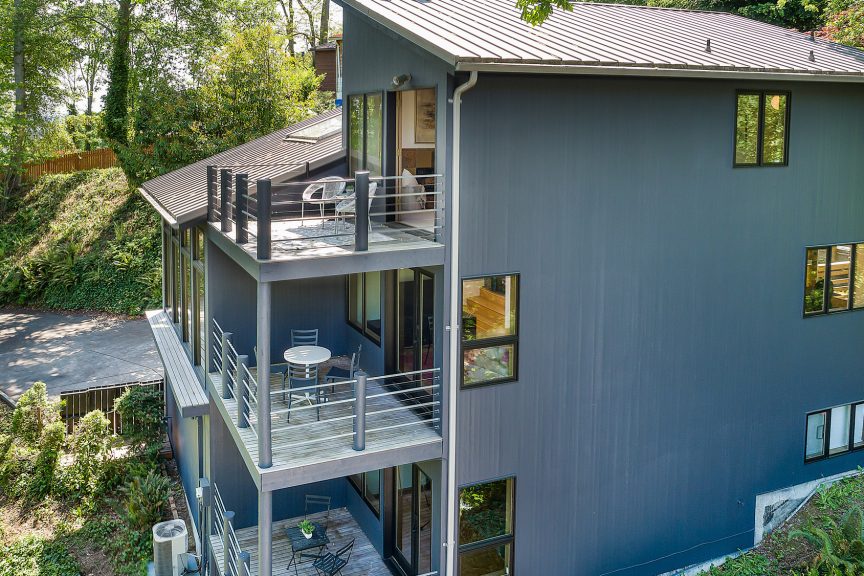