On the north end of Madison Park by the mouth of Union Bay, 3808 E McGilvra Street is a four-bedroom, three-bathroom, early-midcentury home that’s part of the legacy of an iconic Seattle architecture family.

The architect, Carl F. Gould, Jr., followed in the footsteps of his father, Suzzallo Library architect Carl F. Gould, Sr. This home was designed early in his career—1948, when he would have been in his early 30s—and was his private home for quite some time, although it’s not clear if it has been the whole time. It’s been in the Gould family for decades, according to King County property records.

The clear showpiece is a cathedral-like A-frame structure with floor-to-ceiling glass rising out of what’s otherwise a ranch home. On one side of the ceiling’s peak, a living room with built-in benches and sofa surrounds a statement brick fireplace. In the back, a kind of library contains a spiral staircase leading up to a bonus loft, dropping the ceiling on the other side.

This home is, in some places, kind of a time capsule, but a very charming one. A cozy kitchen with a pass-through window still evokes the era, and has an adorable built-in breakfast nook with shelves. One bathroom still has robins-egg-blue porcelain. It appears to have been added to a few times, though—the built-ins and some of the more ornate elements seem newer—which tracks, given that an architect spent a lot of time with it. As a result, it looks like kind of a work-in-progress, ready for someone else to hop in.

Another clear draw: It’s on a third of an acre, just about a block from Lake Washington waterfront and the Beaver Lodge Sanctuary. 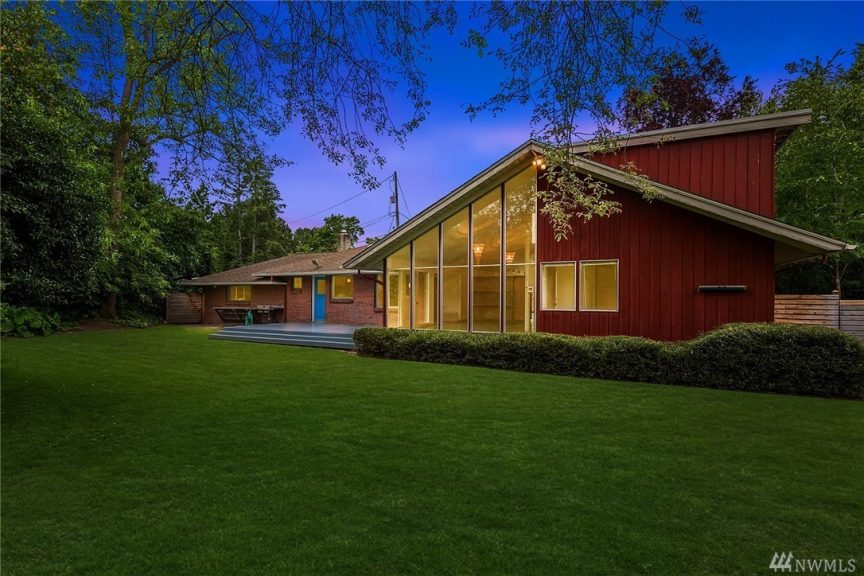 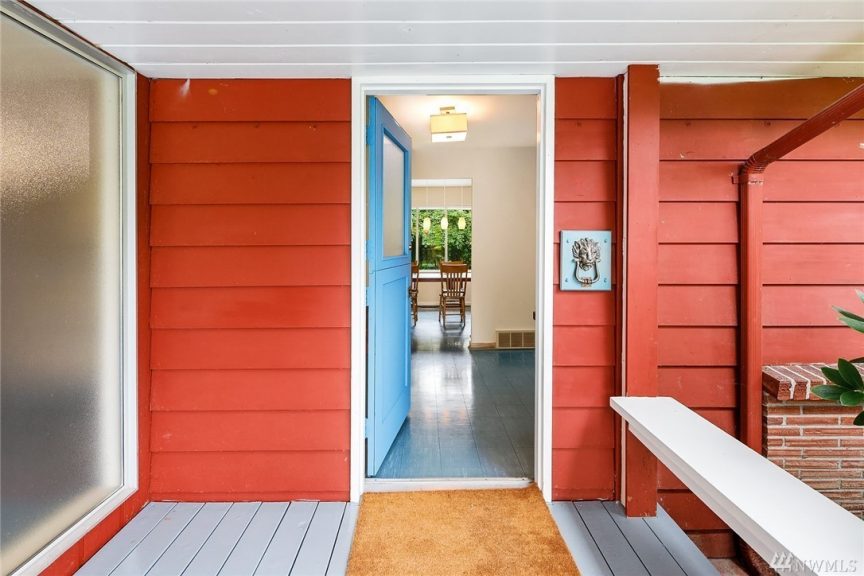 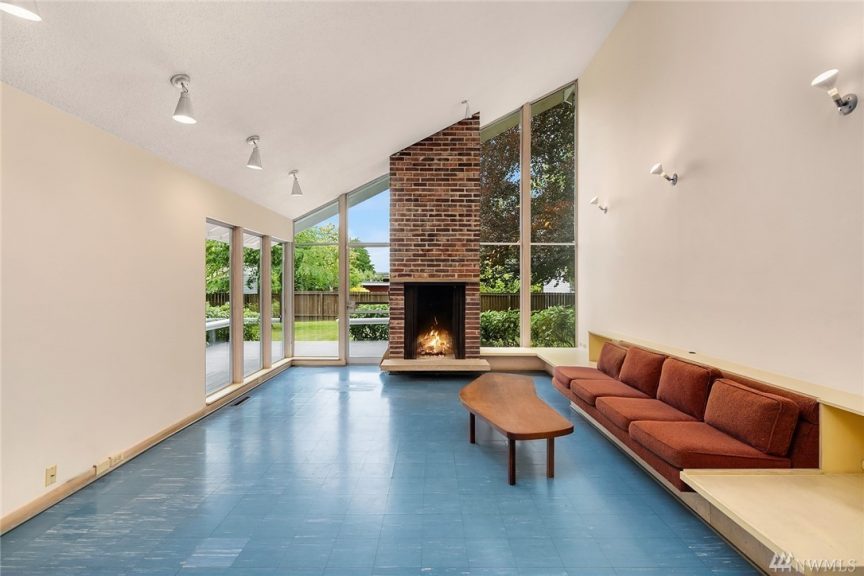 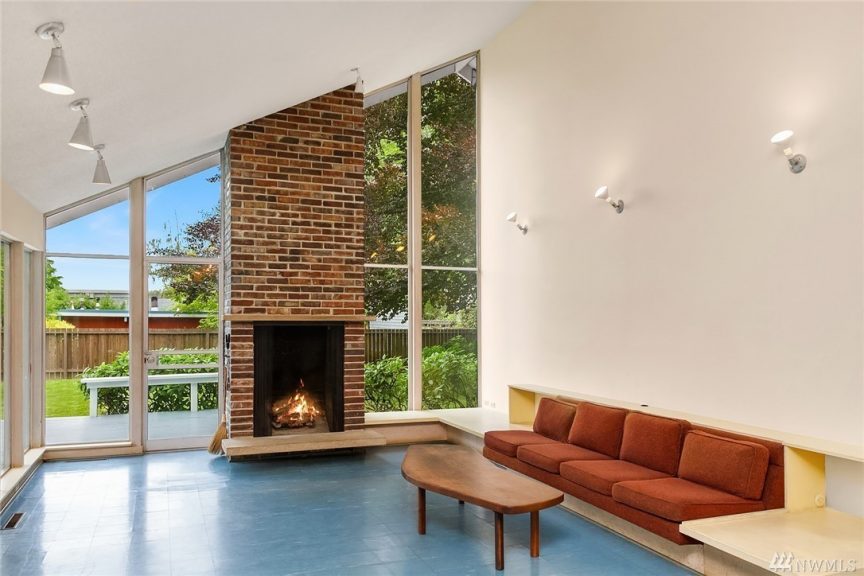 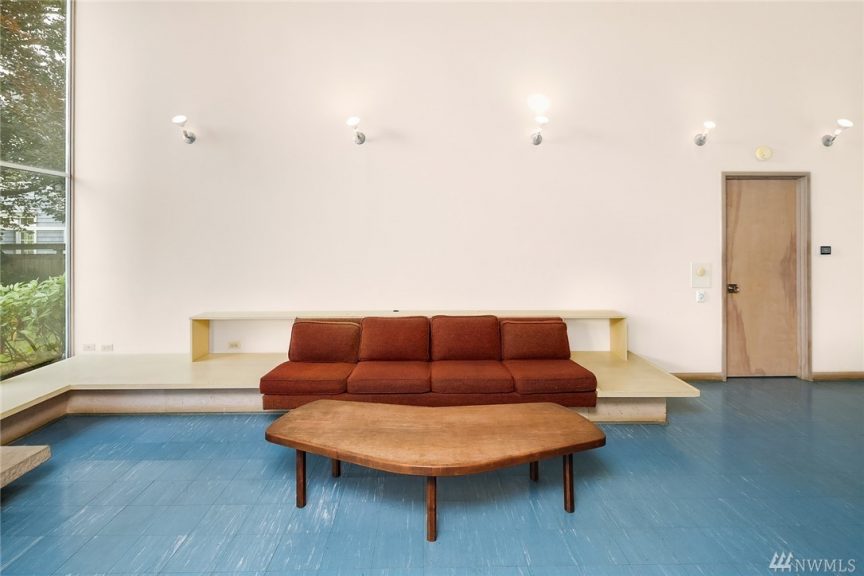 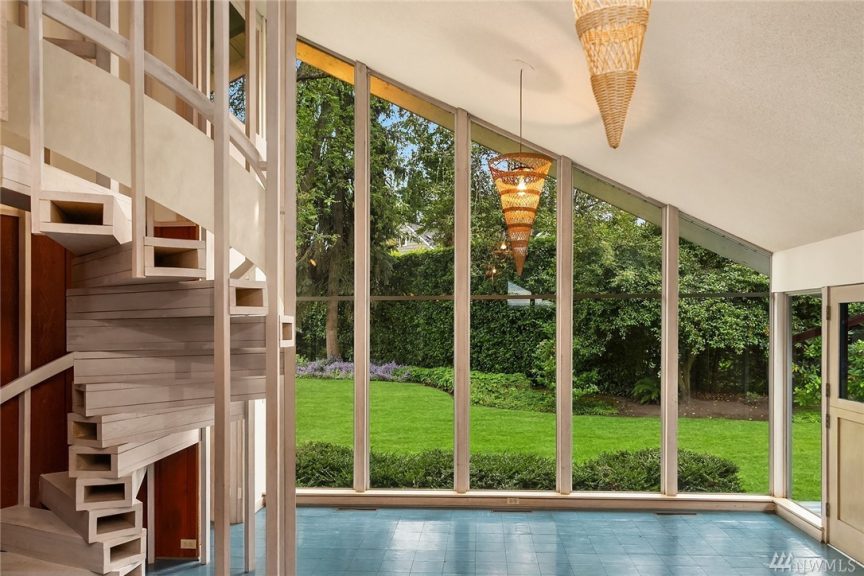 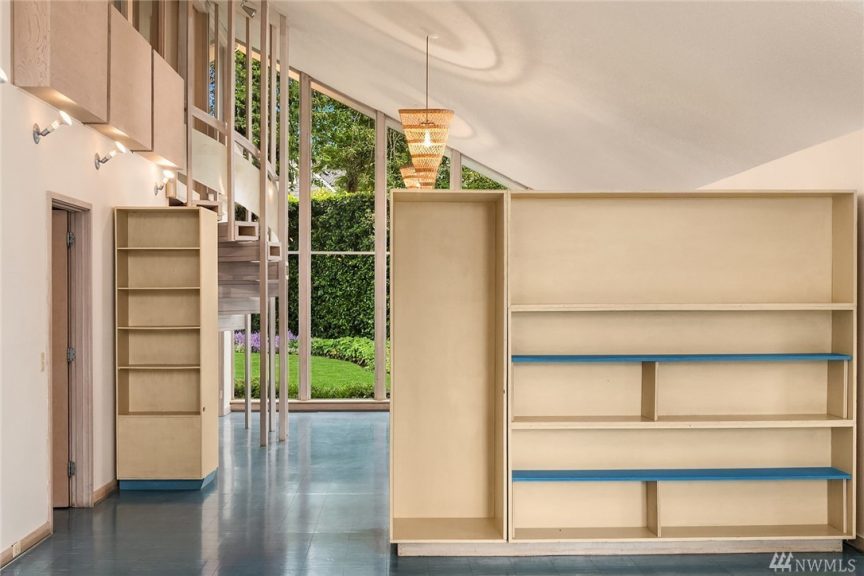 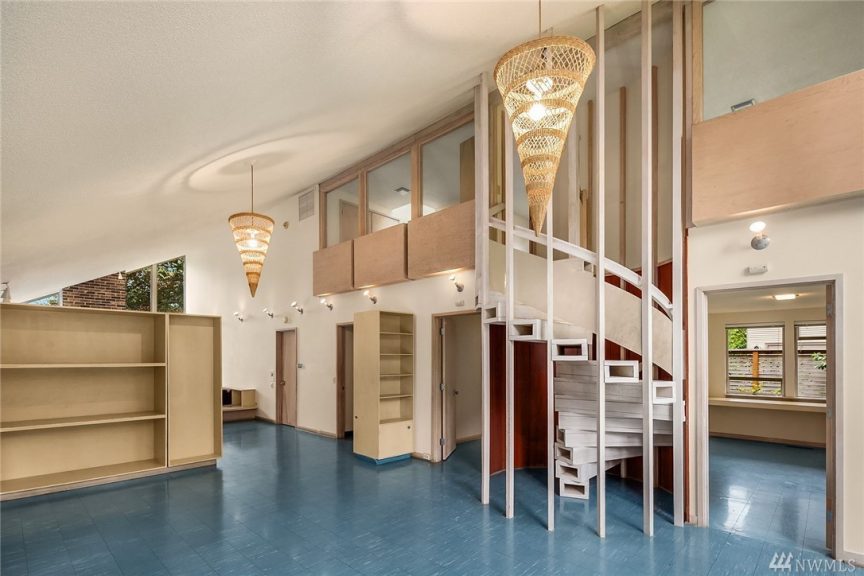 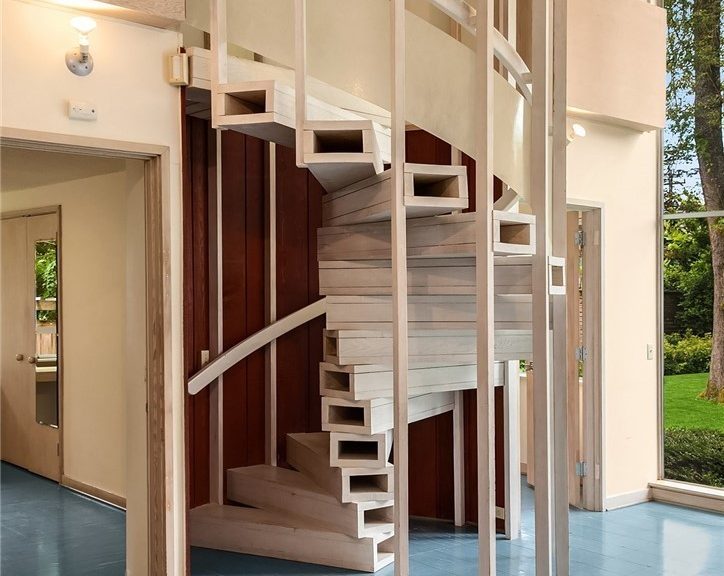 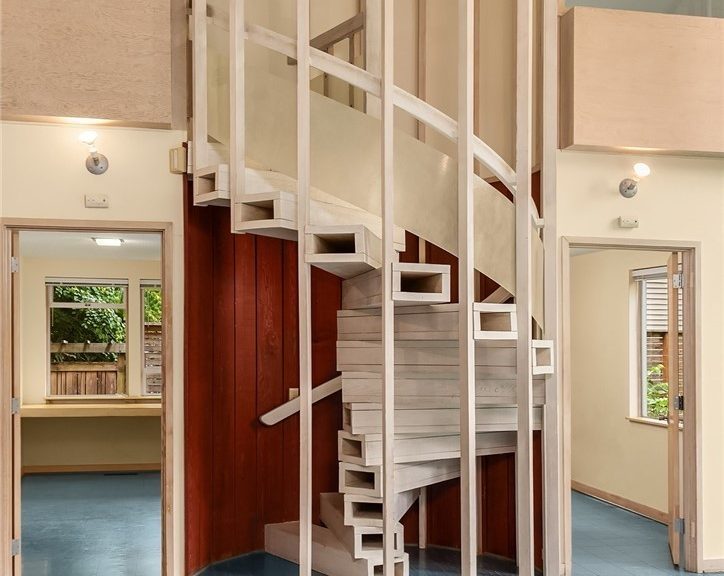 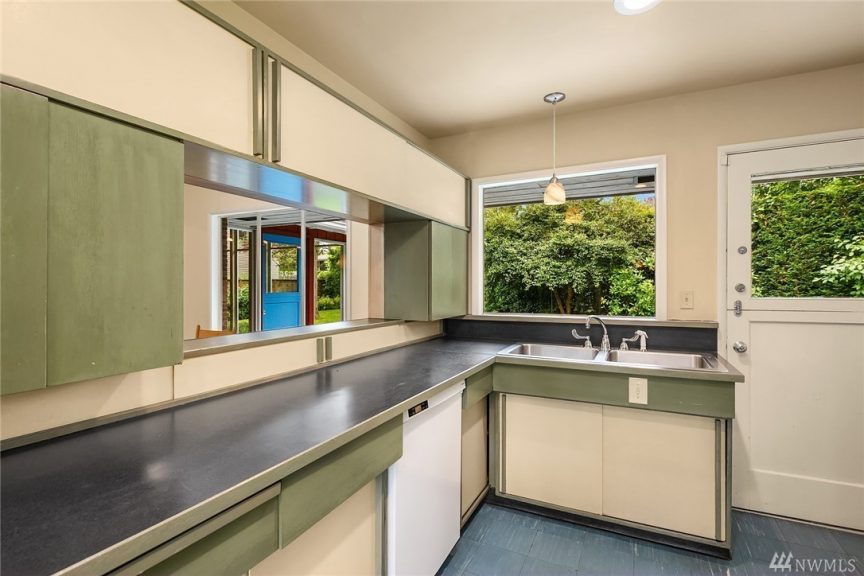 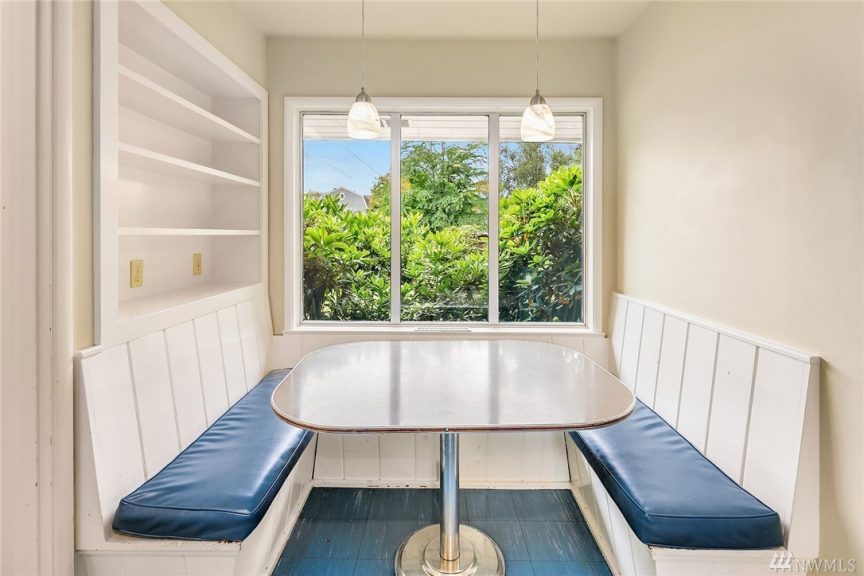 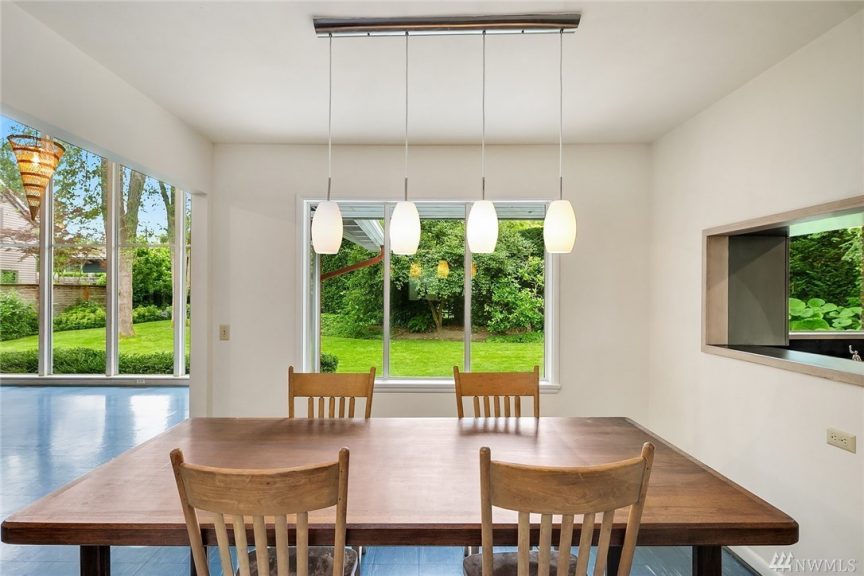 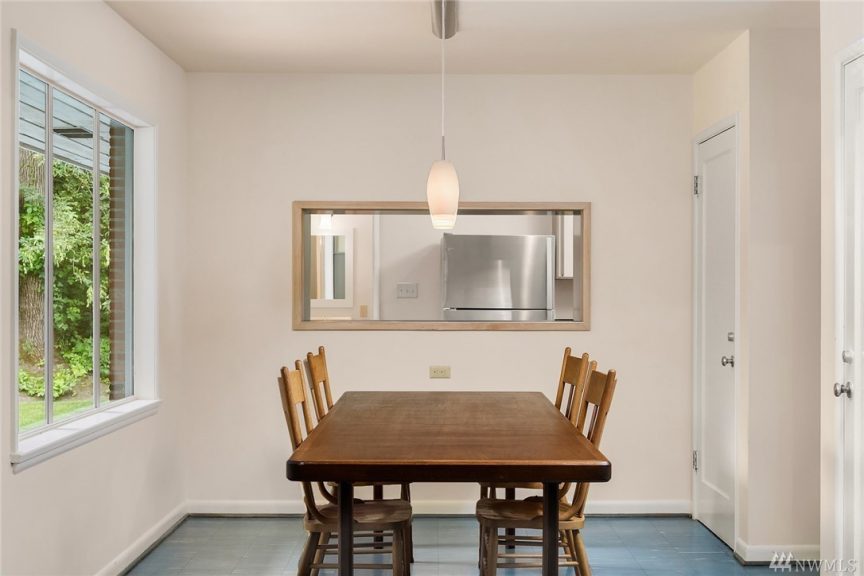 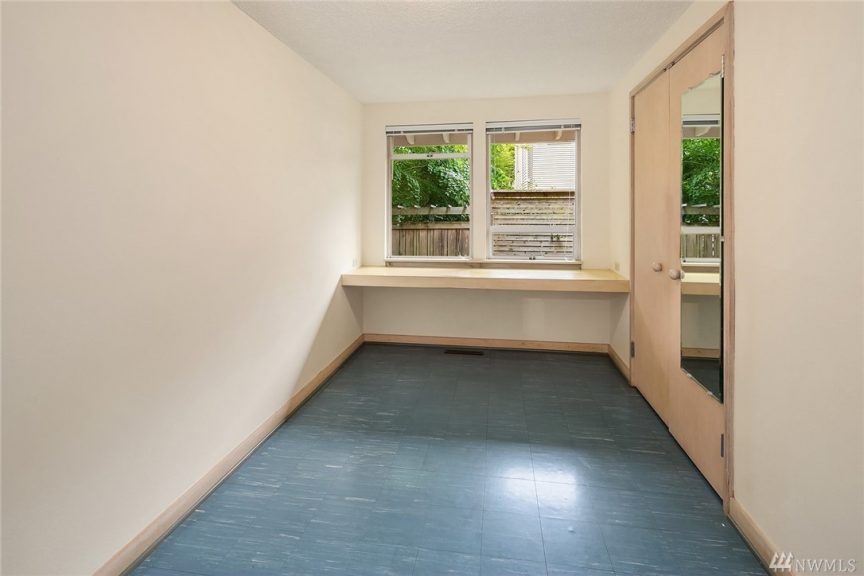 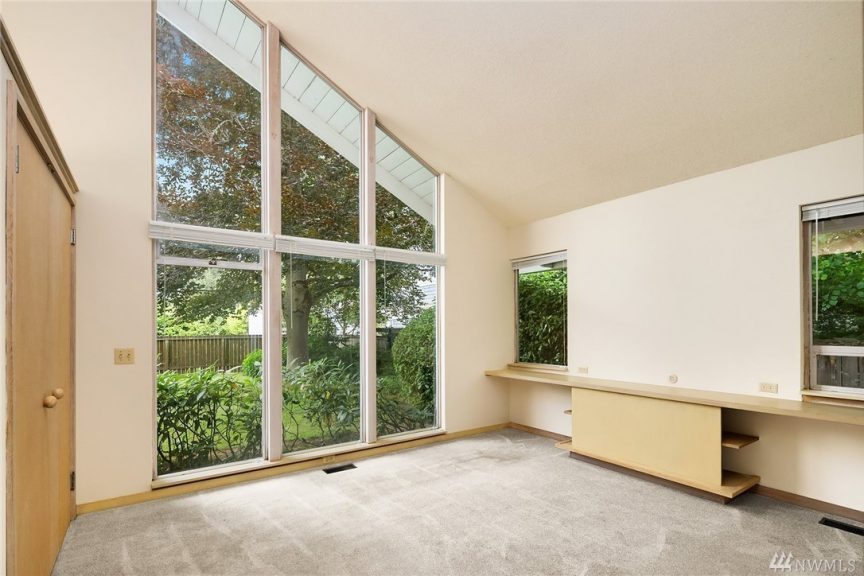 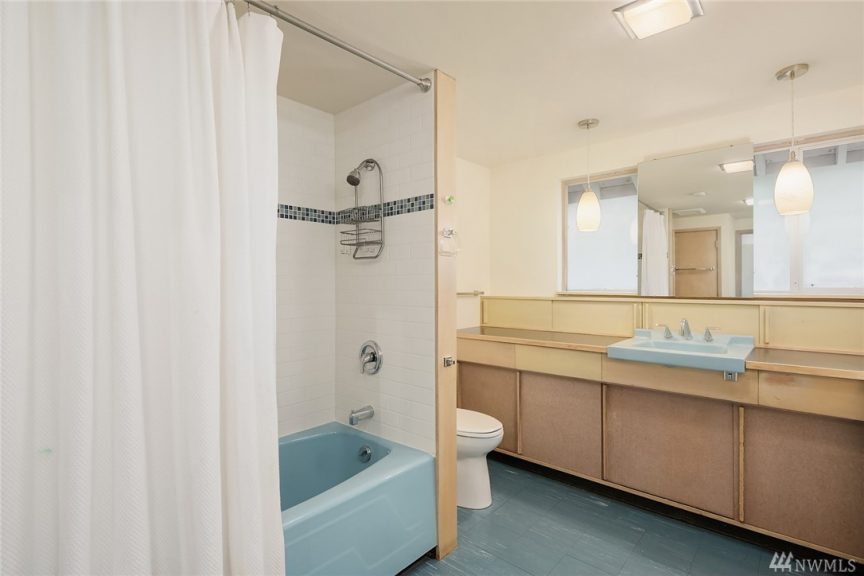 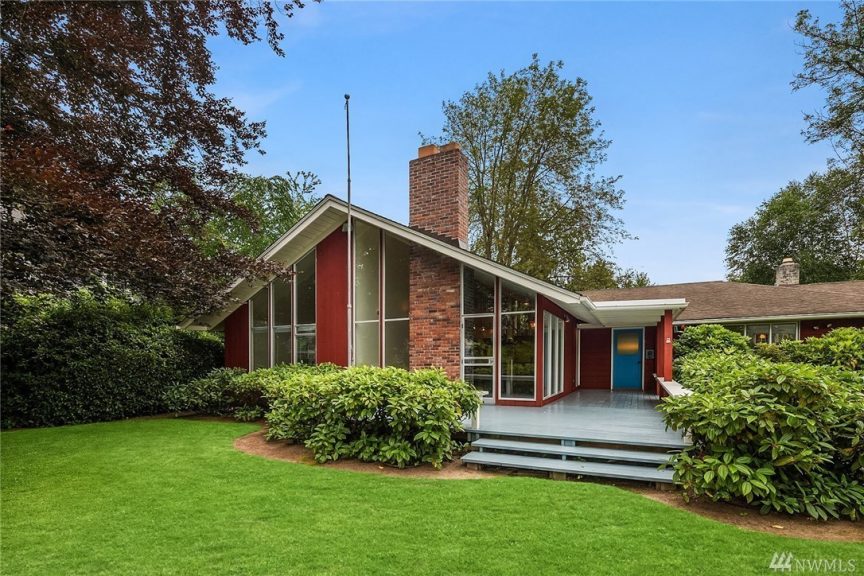 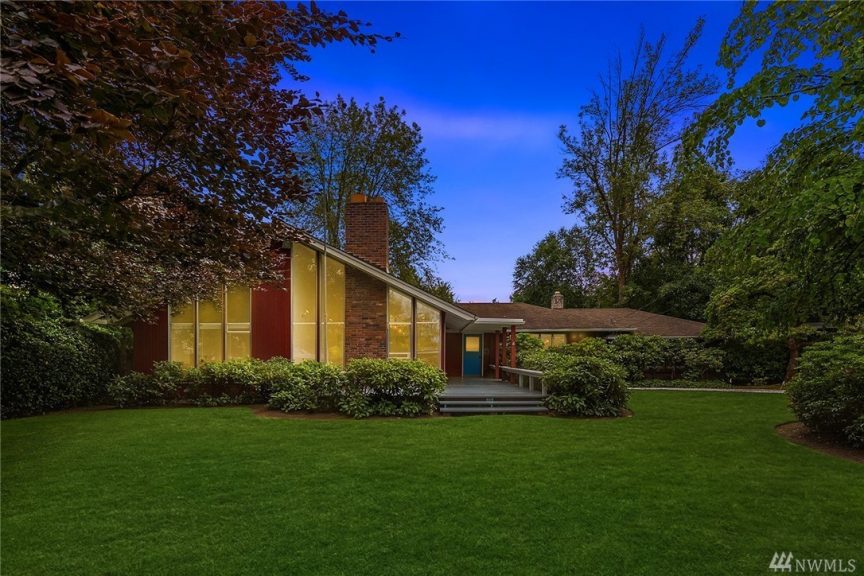 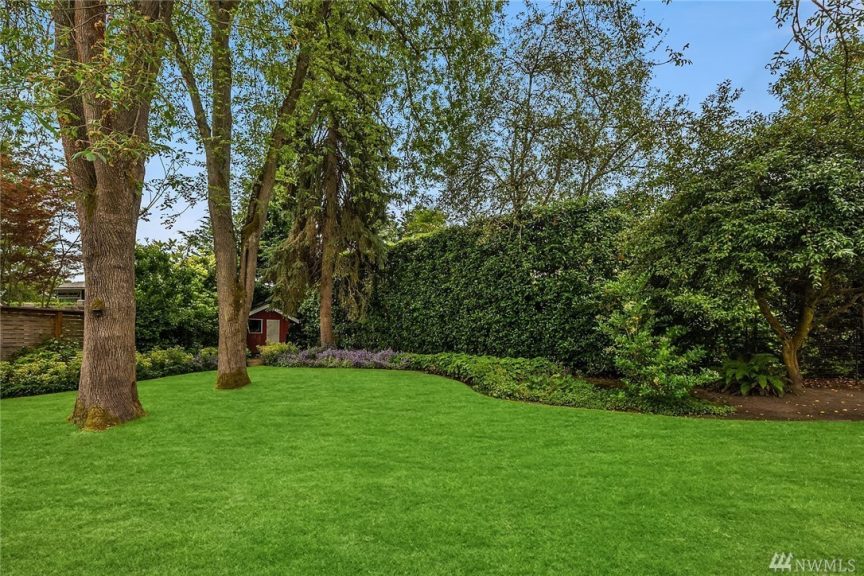