With 75 S Main St. #211 on the market, prospective homebuyers have an opportunity to by a piece of the city’s history–in one of its oldest neighborhoods.

Built in 1892 in the heart of Pioneer Square, the Alaska Hotel building was more recently converted into loft-style condos. Just south of Seattle’s skyline, unit #211–one of just 17–provides views of downtown, the Salish Sea and the Olympic Mountains. The home offers turn-of-the-century charm, including exposed brick walls, pine floors, soaring ceilings and oversized windows.

Situated on the second of four floors, this west-facing unit’s layout includes 876-square-feet of versatile space. The main room is enveloped by large windows, and the adjoining space could be utilized for living, sleeping or dining. Boasting stainless appliances and a dishwasher, the kitchen–as well as both bathrooms–are newly updated. Uniquely, unit #211 is available on its own or in combination with neighboring unit #209, opening up the possibility of a nearly 1,500-foot home.

From the rooftop deck, residents can peep the waterfront–more accessible than ever after the demolition of the Alaskan Way Viaduct. Walkable to Seattle’s waterfront, the building’s residents are just steps from the city’s premier public space–currently being redesigned and reimagined. 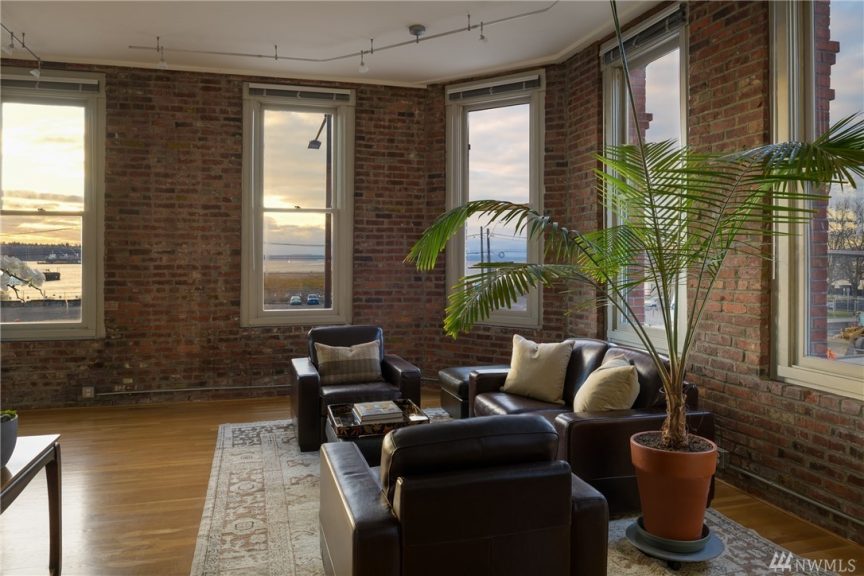 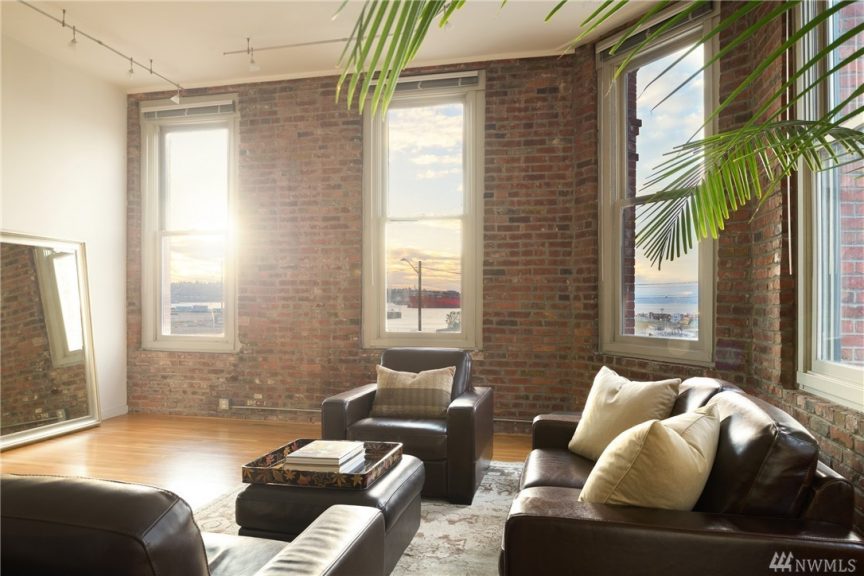 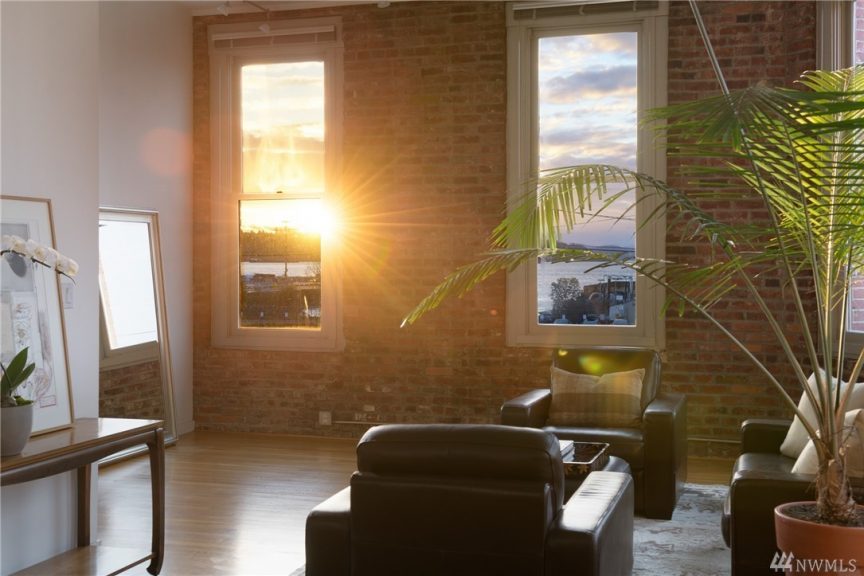 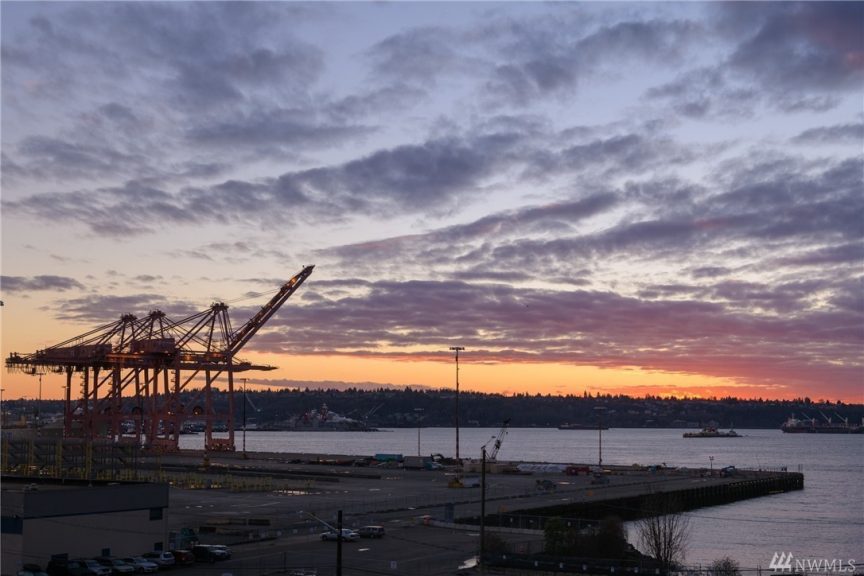 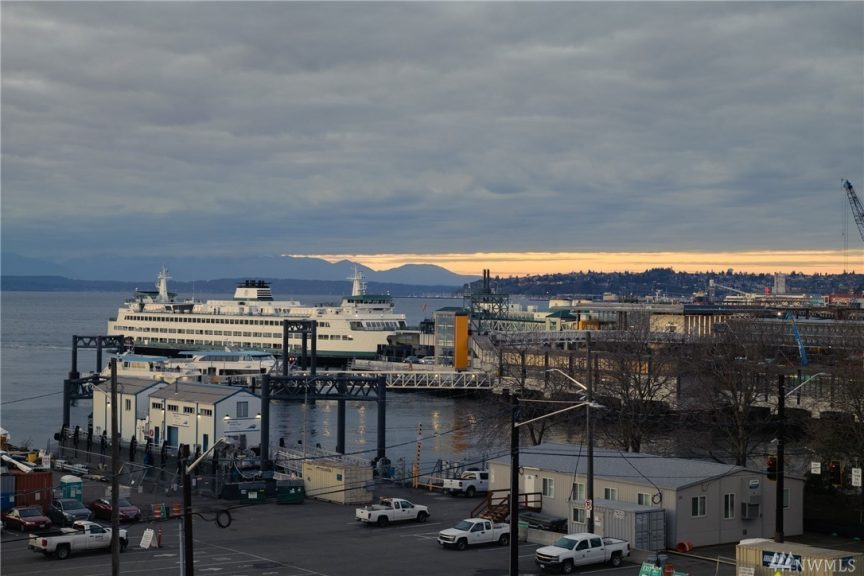 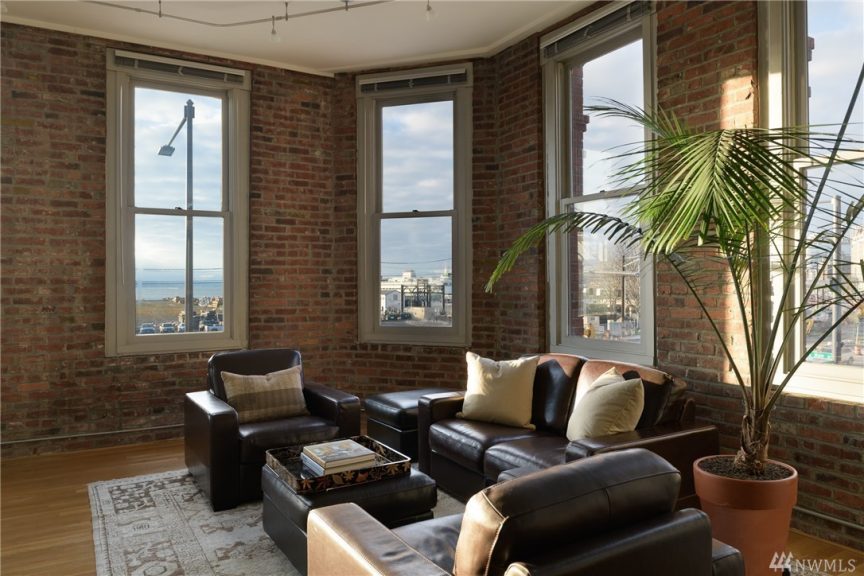 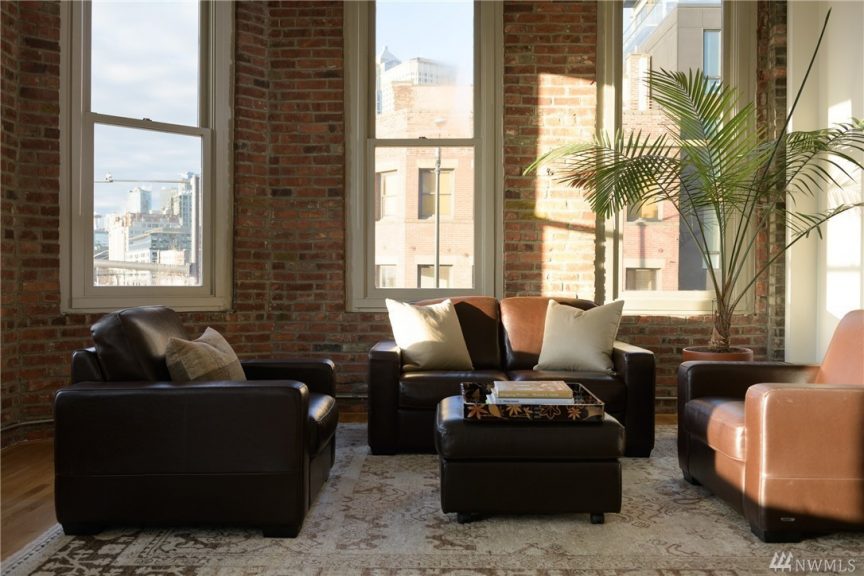 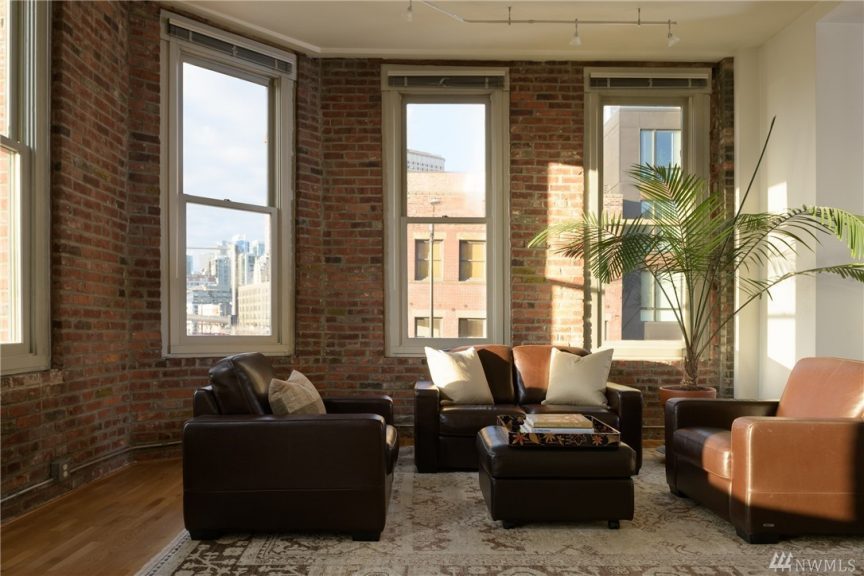 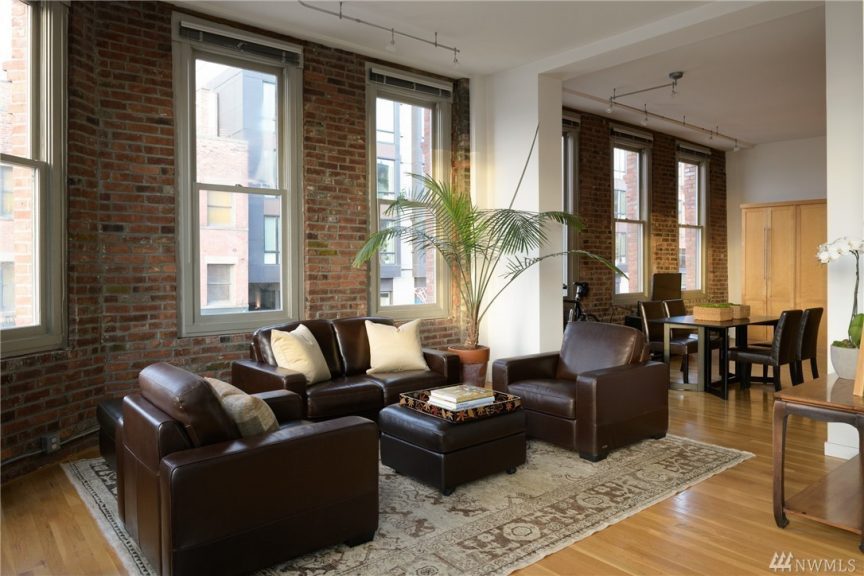 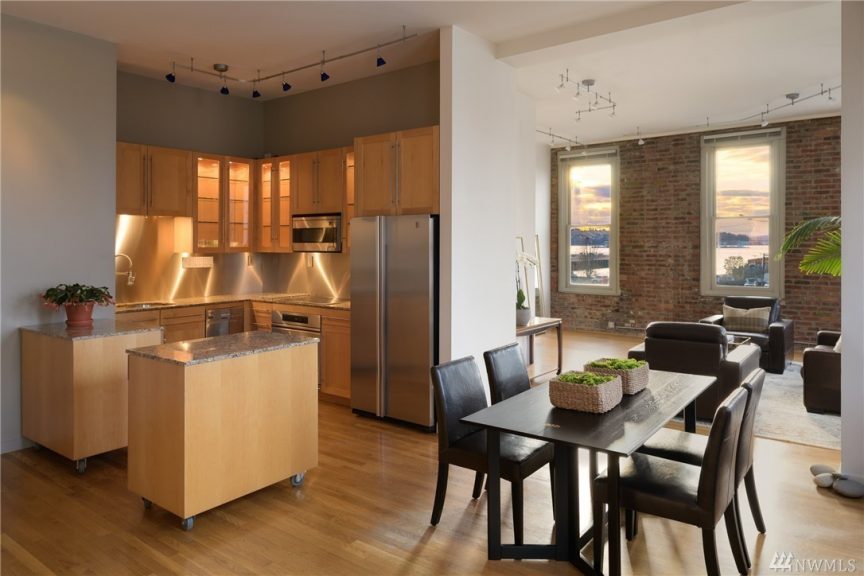 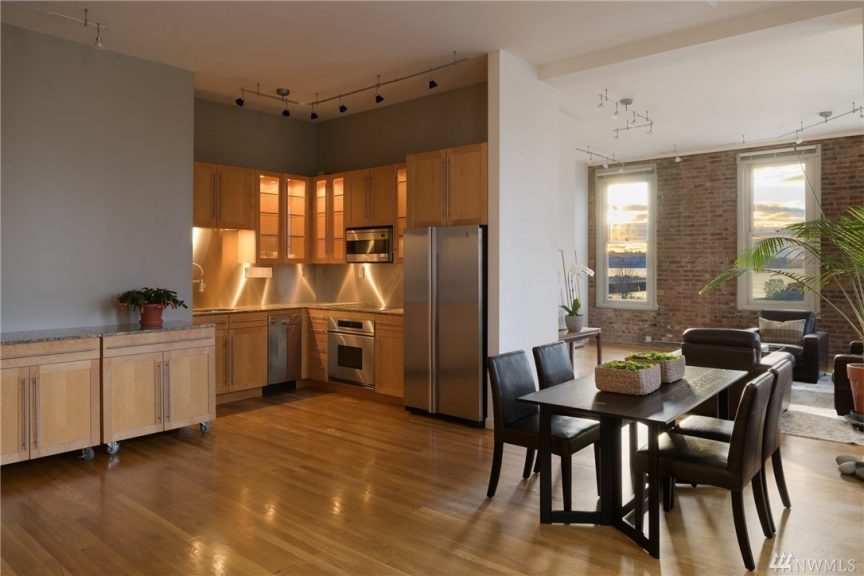 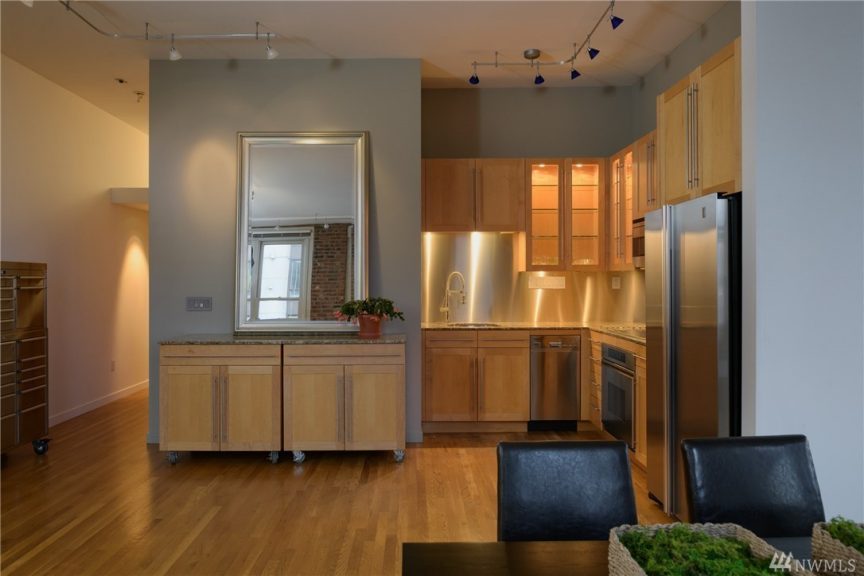 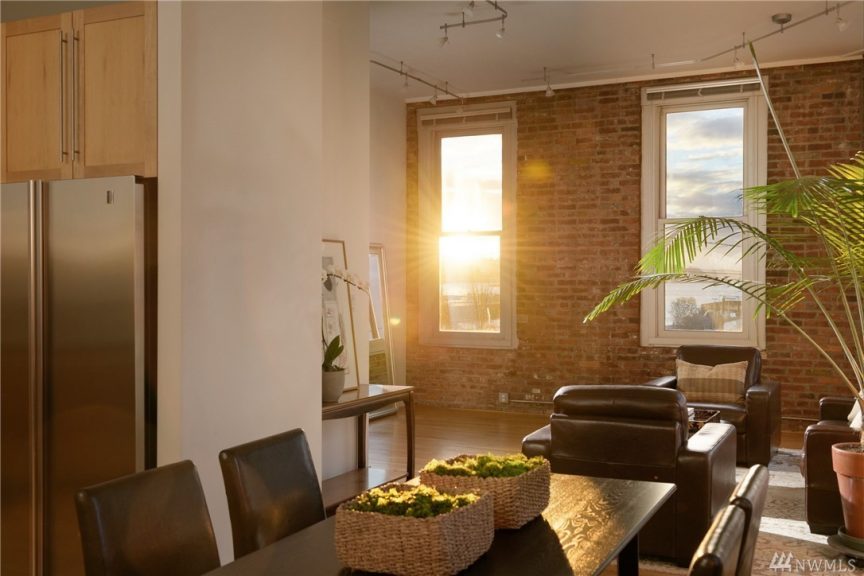 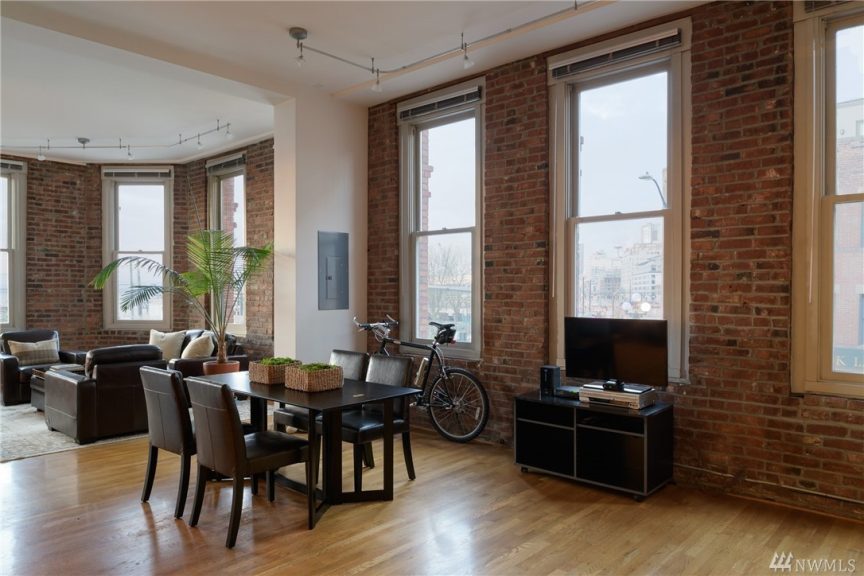 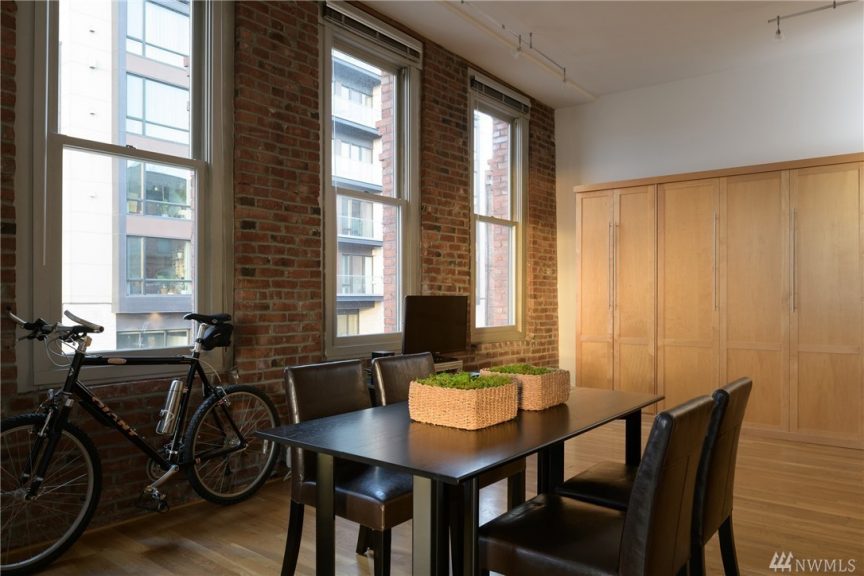 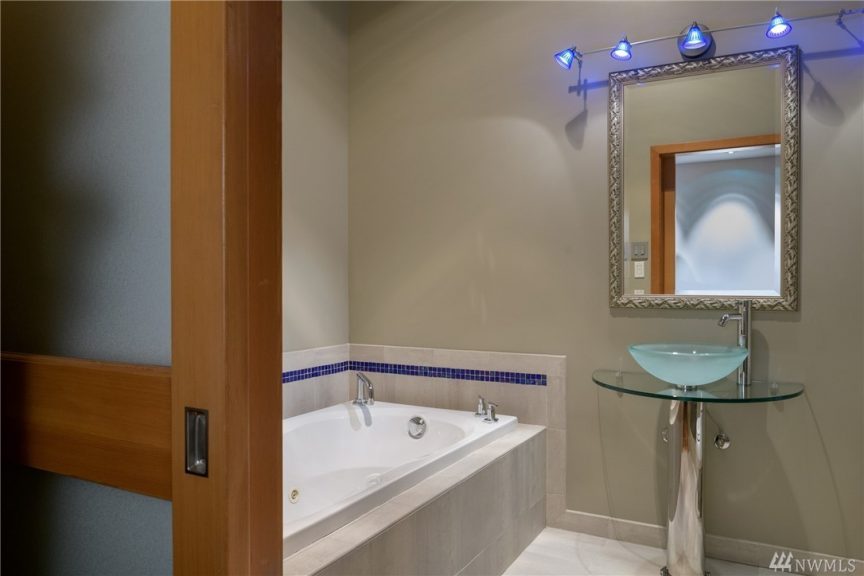 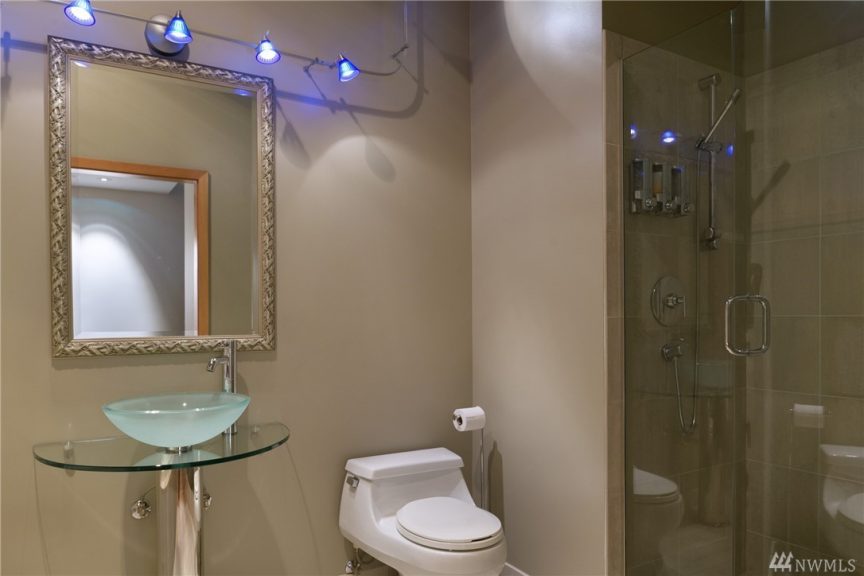 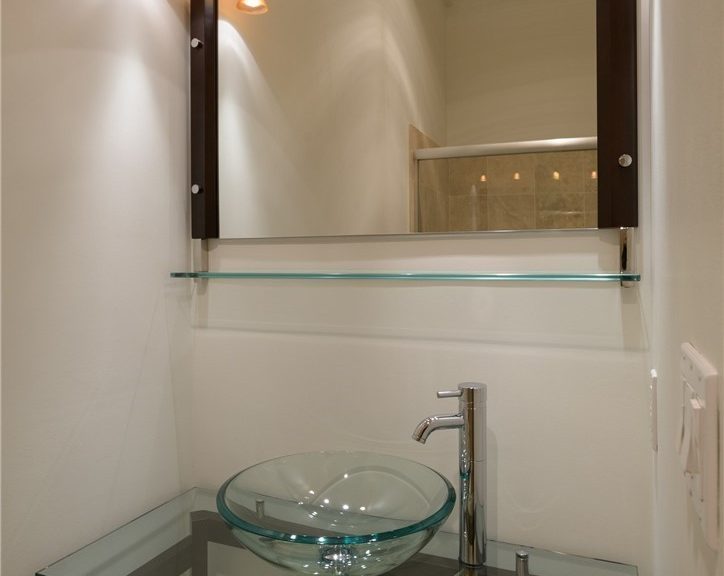 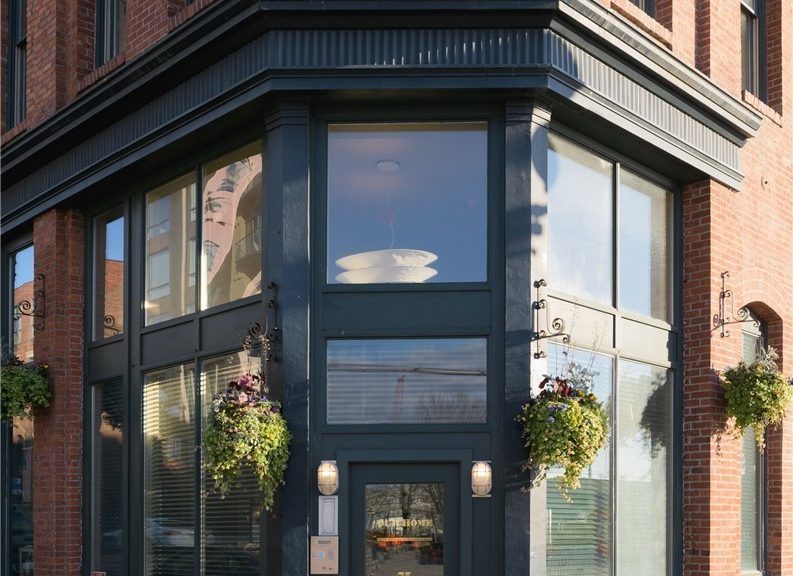 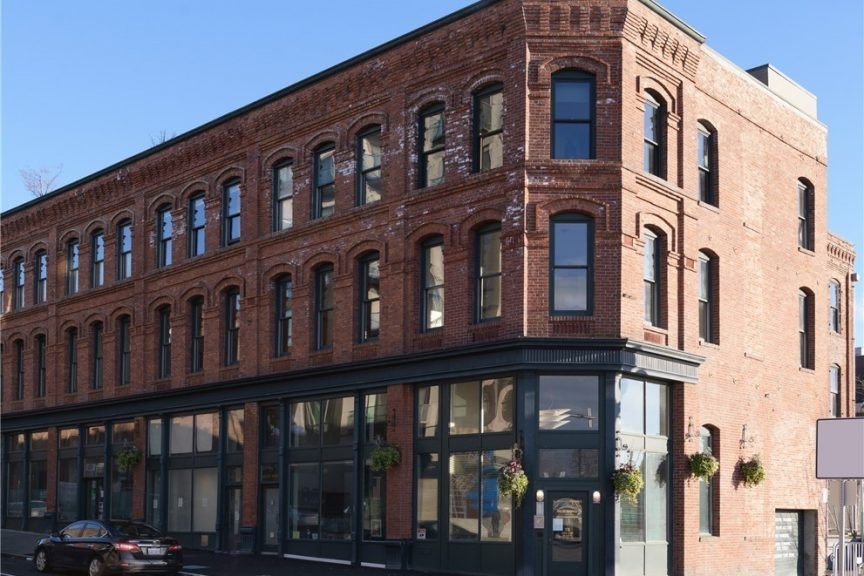 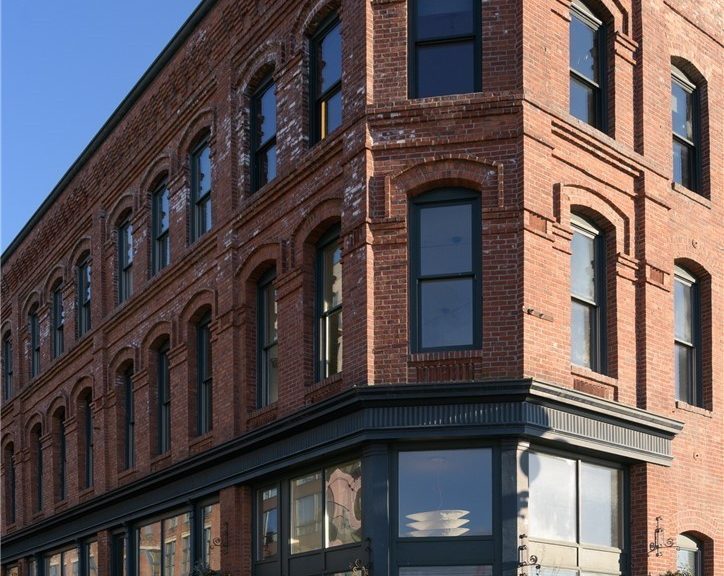