The Goodwin in Belltown re-starts sales and marketing

The Goodwin, a ten-year-old, 34-unit building in Belltown at 2233 1st Ave has restarted sales after starting sales last year but taking a break. Previously an apartment known as Volta it started its life known as a condo building named Alex but when it failed to sell as condos Connell Development bought it:

Connell acquired Volta, an unfinished bank owned luxury condominium development in the 3rd quarter of 2011.  Volta was 85% complete and had remained unfinished for some time before Connell bought the property.   Connell’s purchase price was less than half the amount the original developer spent on the project prior to the bank foreclosing on the property in March 2011. Connell completed construction of the property as a high-end luxury apartment complex.

The Goodwin has refreshed its interiors and put new appliances in with occupancy anticipated “late summer 2021”. With pricing starting in the $500s, the nice thing about the Goodwin is that it was built at a time when units were much more generously sized than what developers have been building more recently. So if you’re looking for a larger condo unit, in a boutique concrete and steel building, the Goodwin would be a great building to look at. They also have a number of units with private terraces or decks, both popular features thanks to the pandemic.

Here’s a look at the lobby and rooftop deck:

The Goodwin only has one unit on the MLS, #404 a 838 square foot one bedroom priced at the curious price of $836,198. Though that price keeps the dollars per square foot just under $1000 at $998 a square foot. Floorplan and more photos below.

It will be interesting to see how the Goodwin fares now as the condo market picks up. 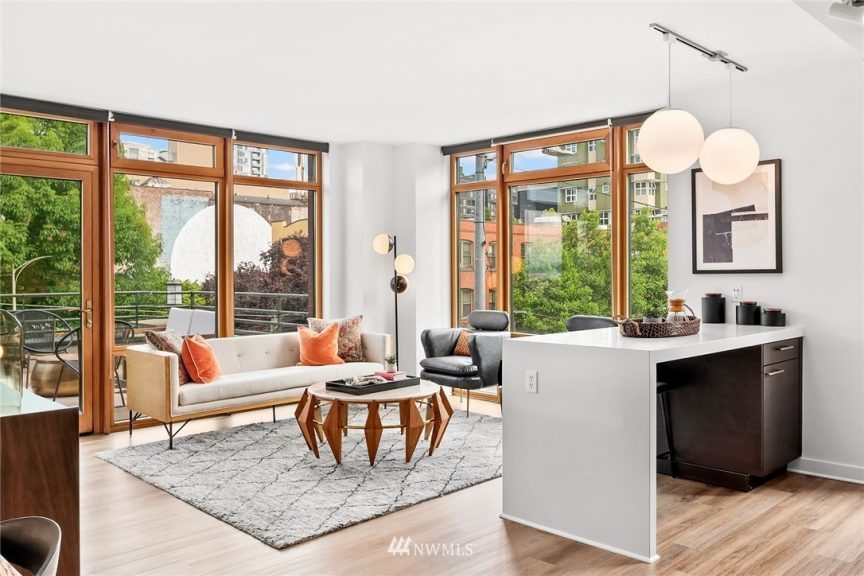 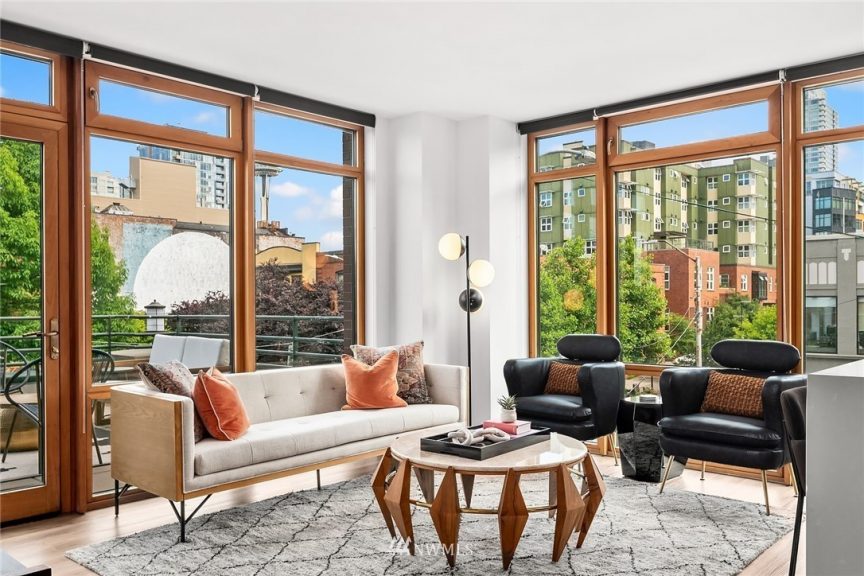 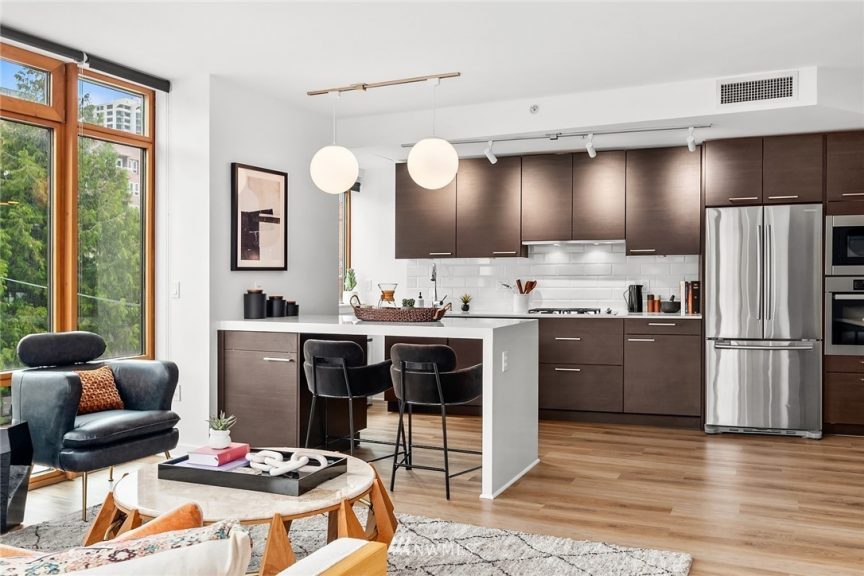 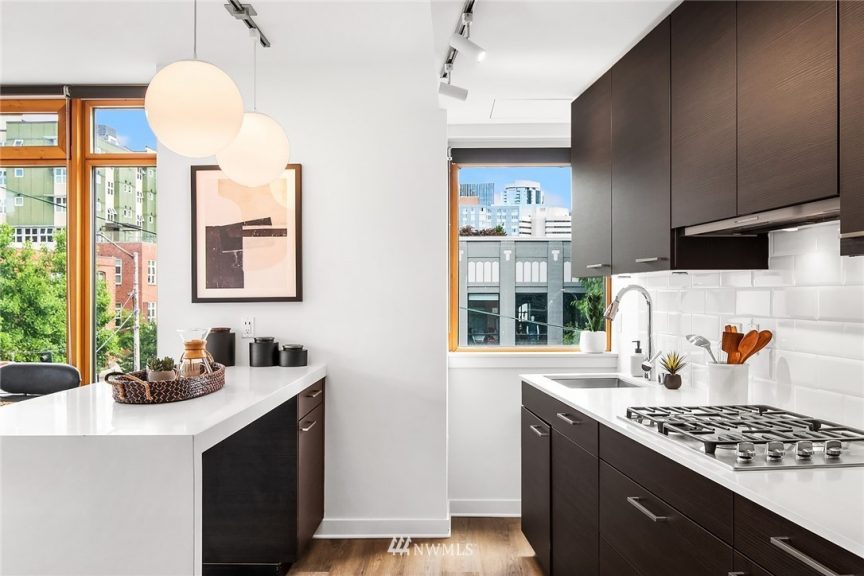 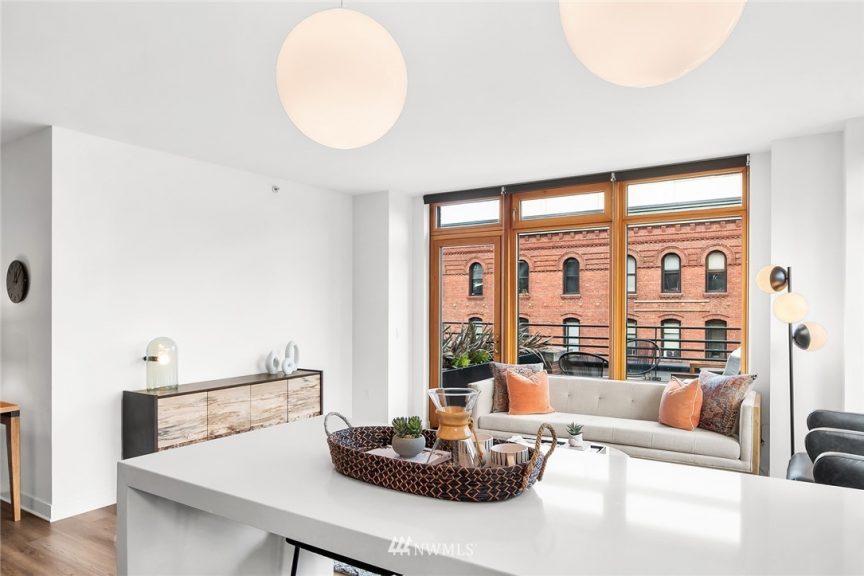 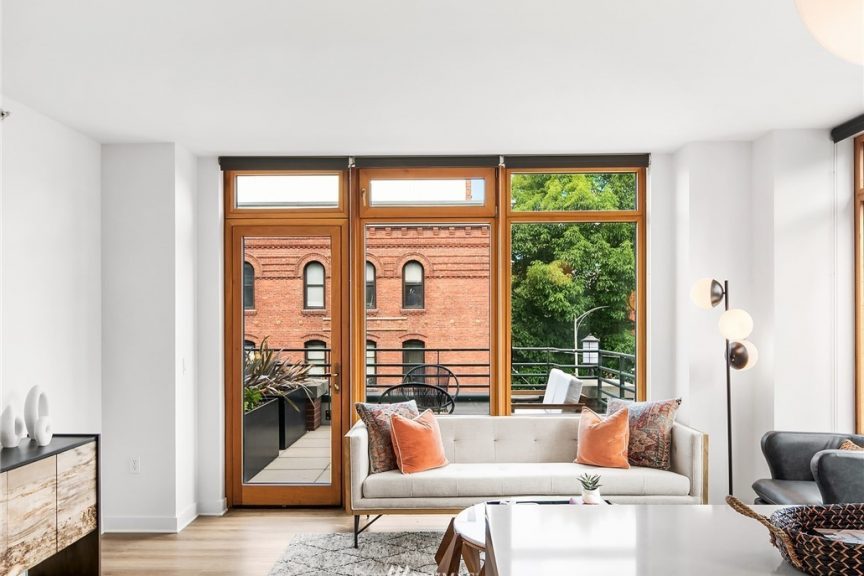 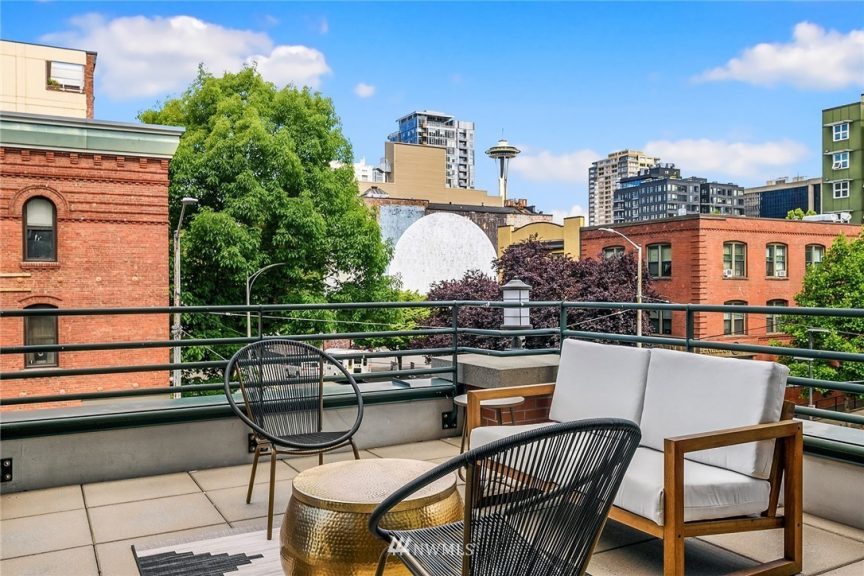 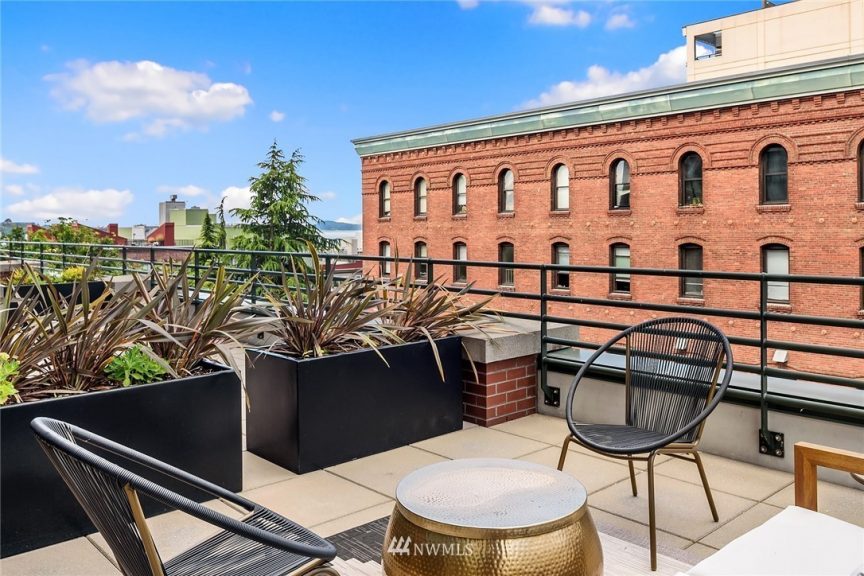 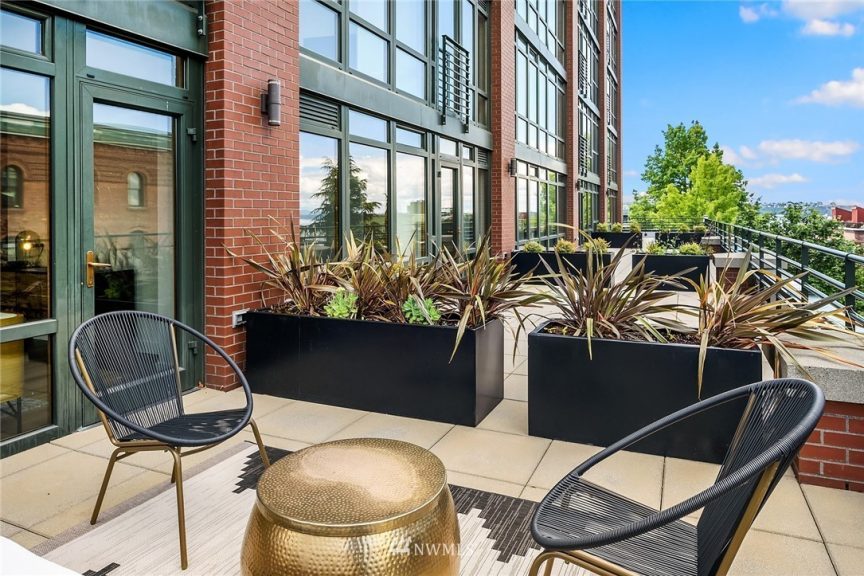 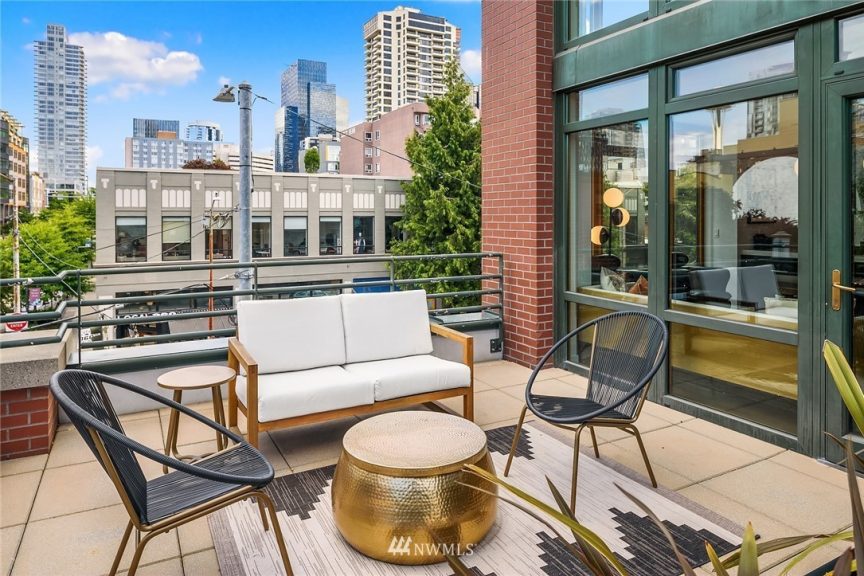 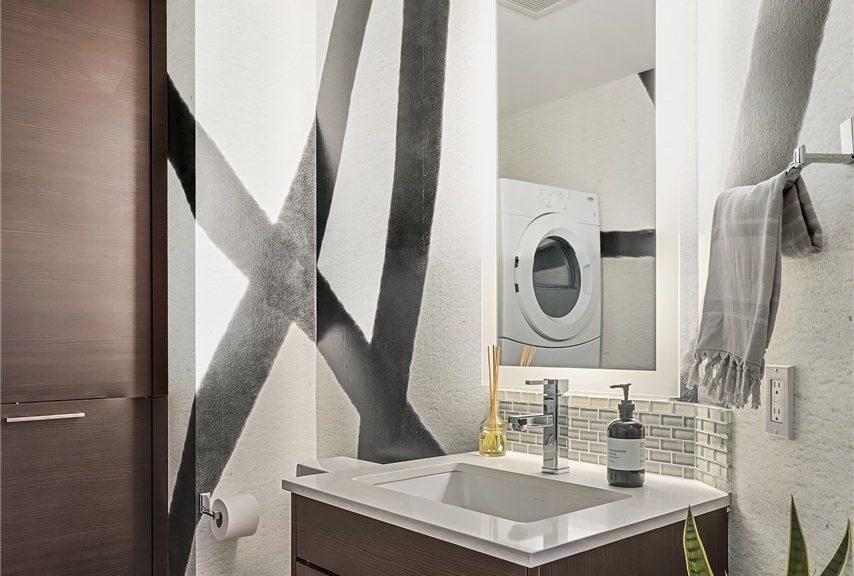 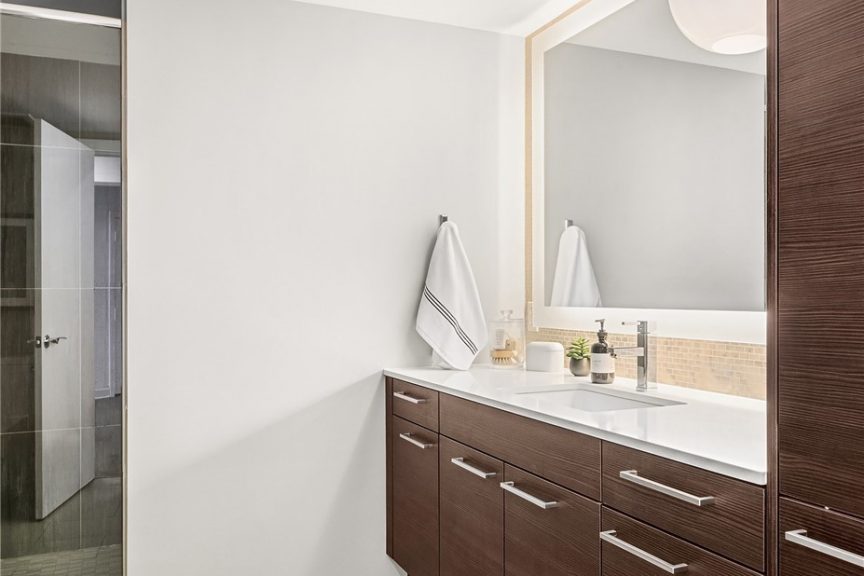 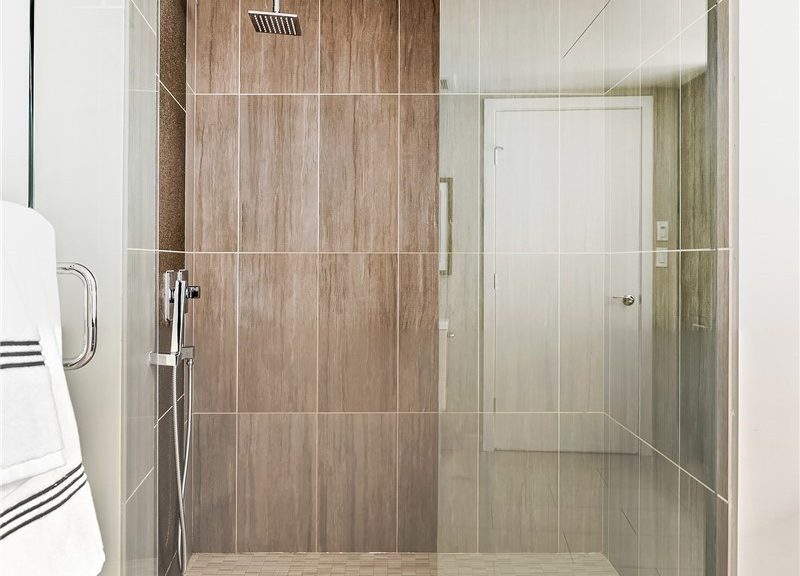 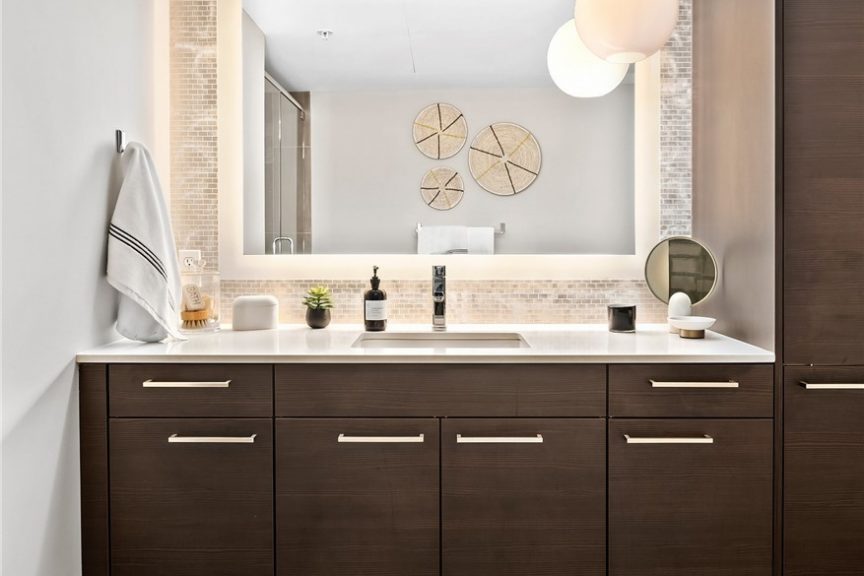 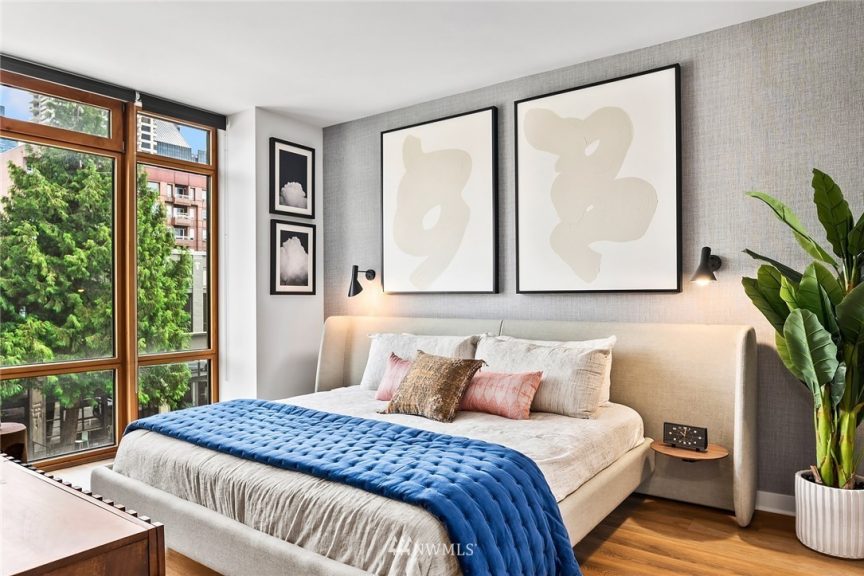 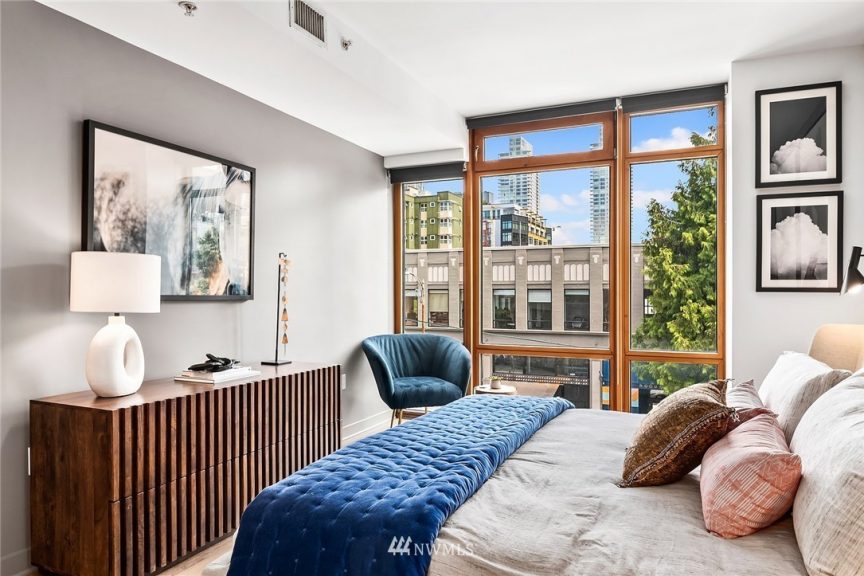 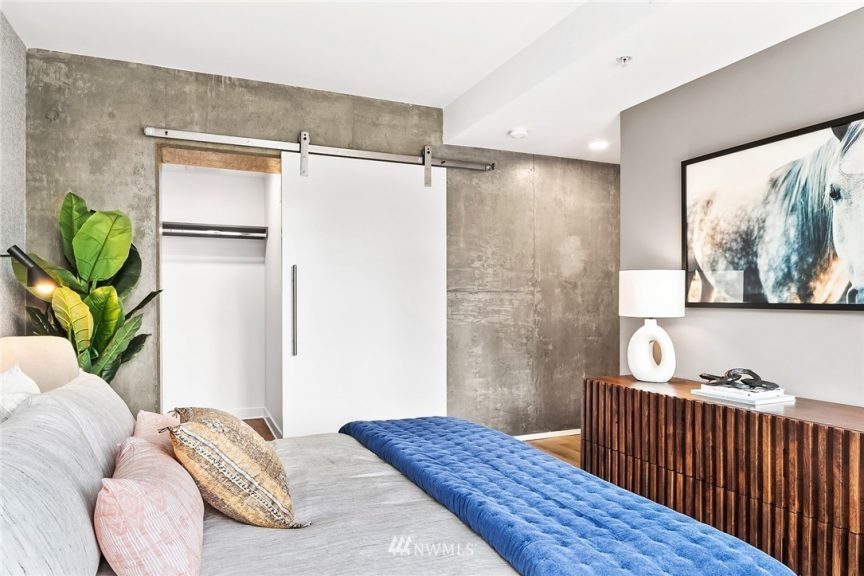 Peak inside the Goodwin

The Goodwin in Belltown hits the MLS