10737 3rd Ave. NW is a prime example of noted local architect Paul Hayden Kirk’s handiwork. The midcentury home in north Seattle boasts three bedrooms, two bathrooms and 2,210 square feet. And, importantly, it’s perfectly executed in accordance with the design principles of Northwest Modern architecture. Located in the Broadview neighborhood of Seattle, the home is covered in windows and offers an elevated view deck that puts you among the treetops.

Inside, you’ll find many original elements—signatures of Kirk’s design work on hundreds of homes across Greater Puget Sound in the 1950s and 1960s. A University of Washington graduate and relentless optimist, according to Seattle writer Dale Kutzera, Kirk designed the home using clean, simple lines, large beams driving attention to oversized windows, and plenty of natural light. With views of the surrounding evergreens from nearly every room, Kirk’s emphasis on seamlessly connecting the indoors and outdoors is the home’s most iconic feature.

Backing up to Pipers Creek, part of Carkeek Park, the home’s living room enjoys a tall, pitched roofline and warmth imparted by its bright wood flooring. A stone, dual-sided fireplace with hearth surround flanks an interior edge of the living space, creating separation between it and the kitchen and dining room on the other side. Two bedrooms and a bathroom are located off a hallway near the front of the home, while a stairway heads downstairs. The lower level opens into a flexible family space or rec room, as well as to an ensuite bedroom with a walking closet—the primary quarters. 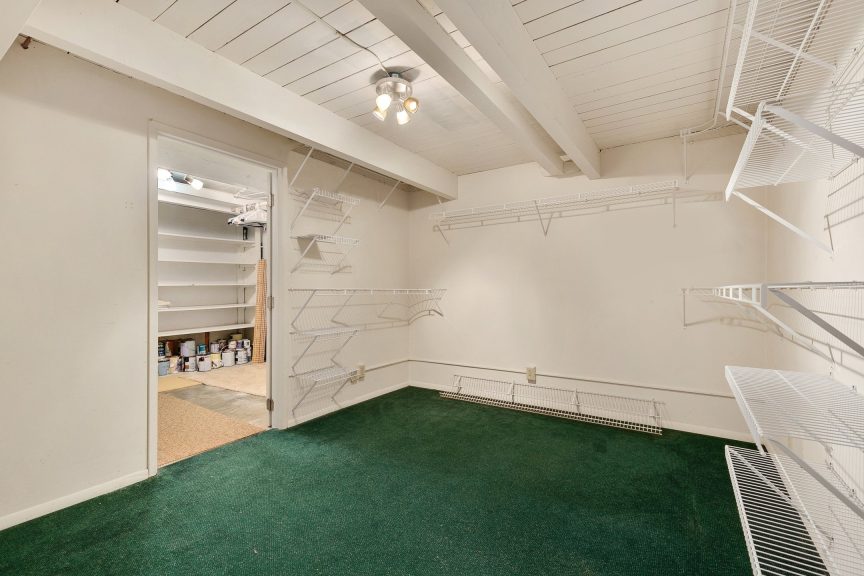 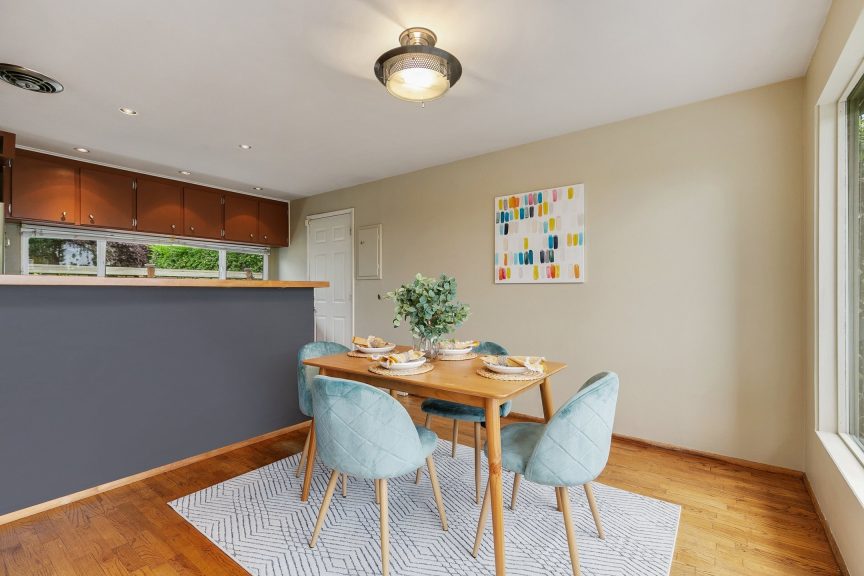 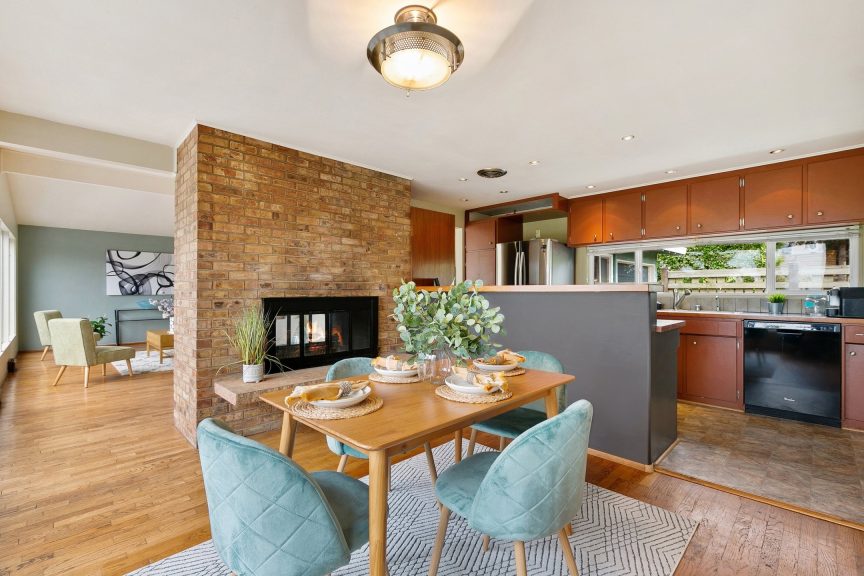 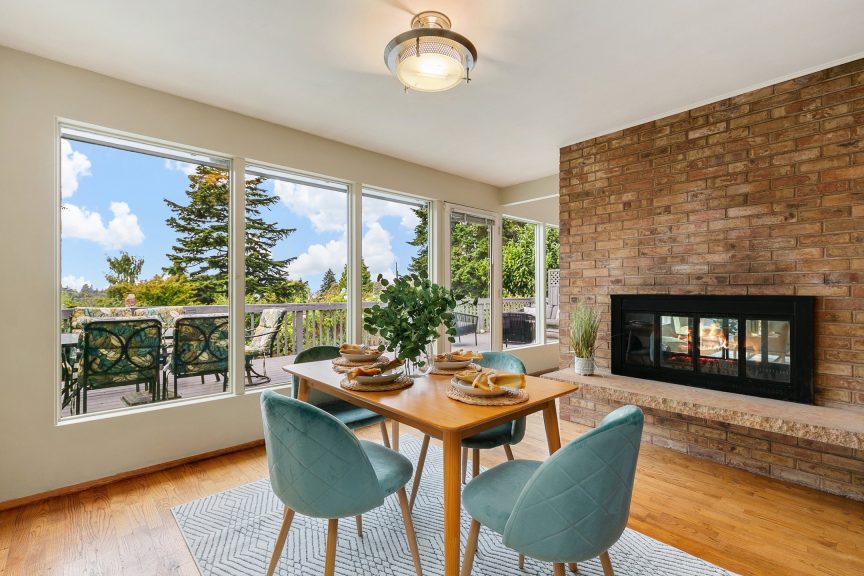 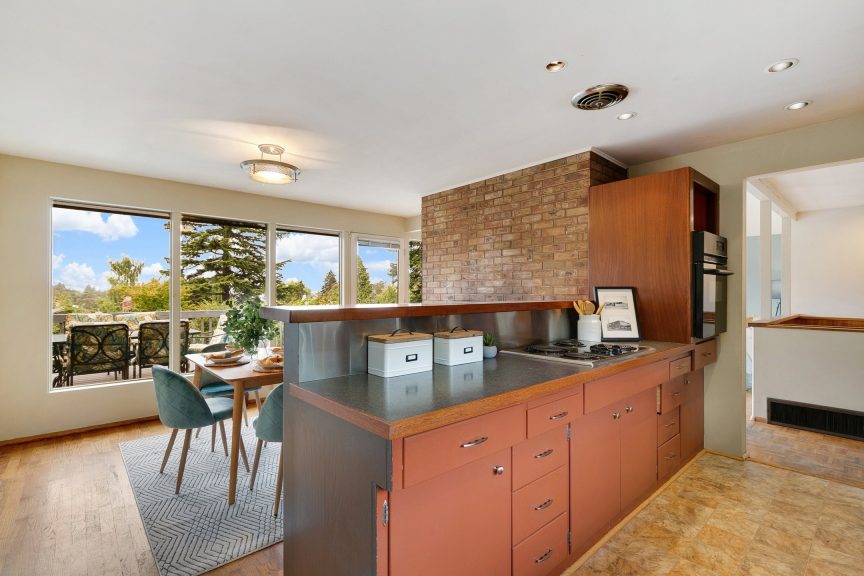 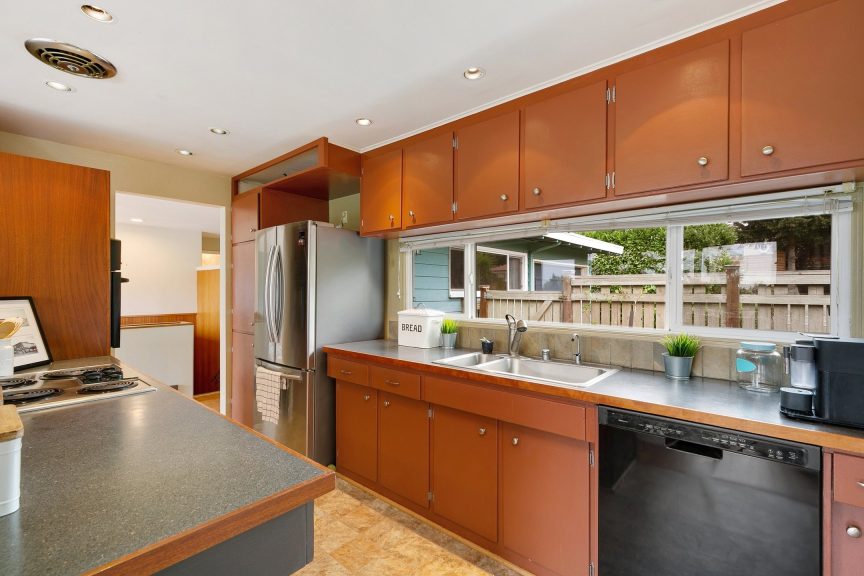 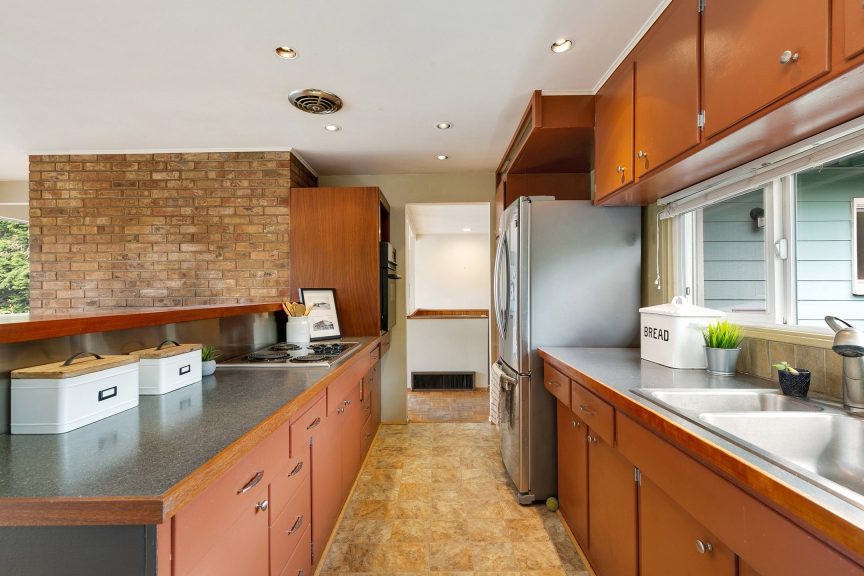 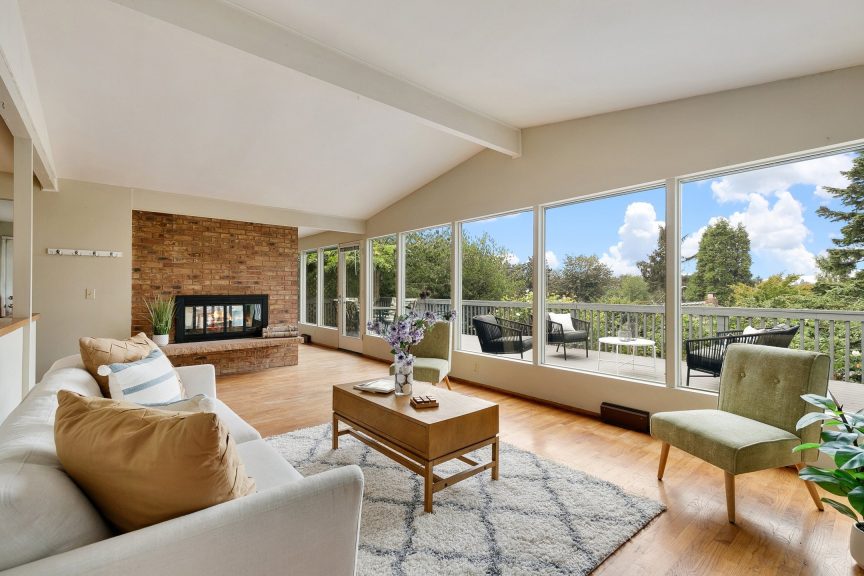 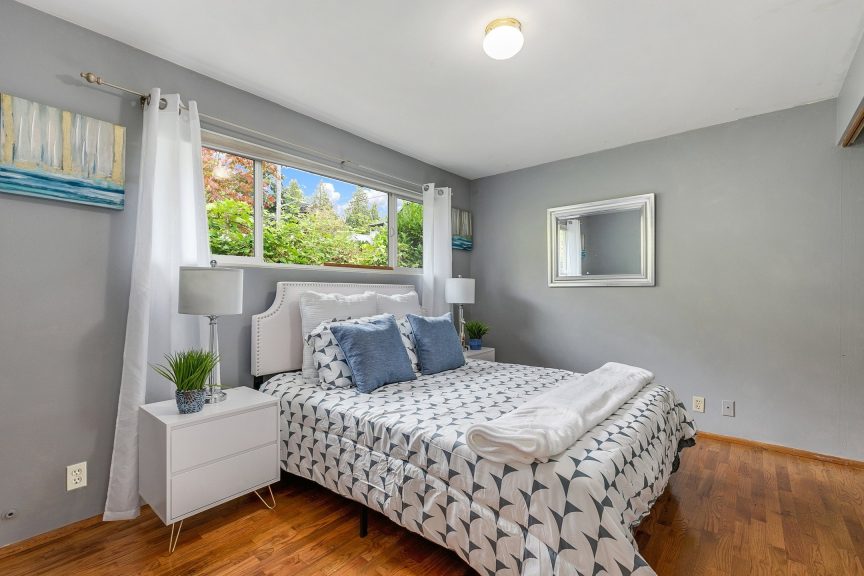 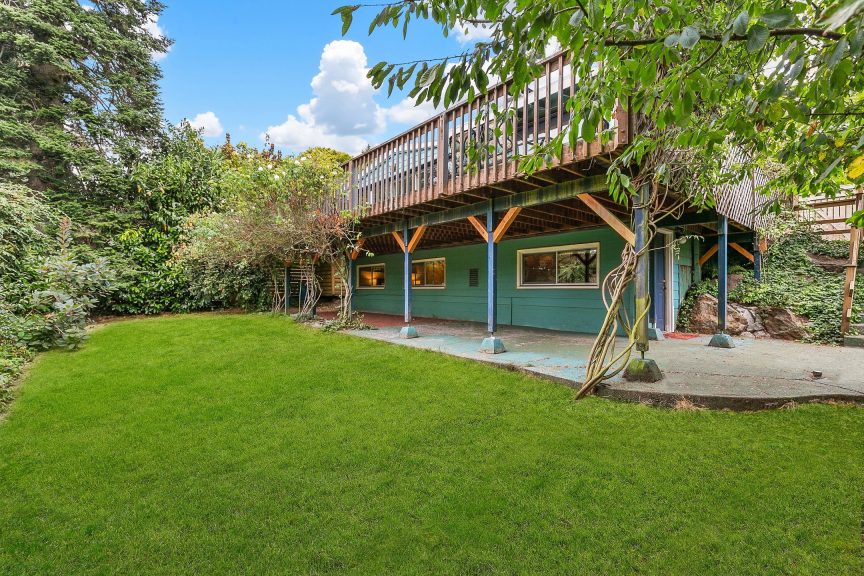 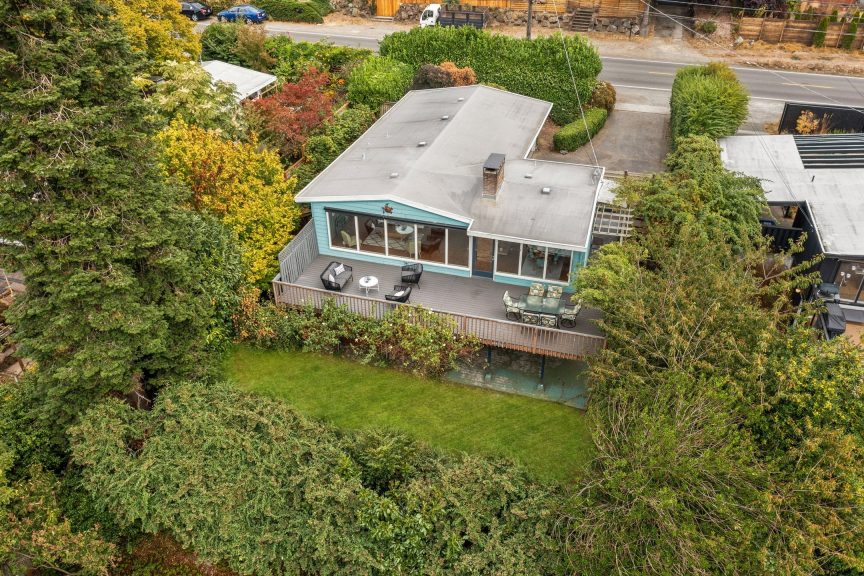 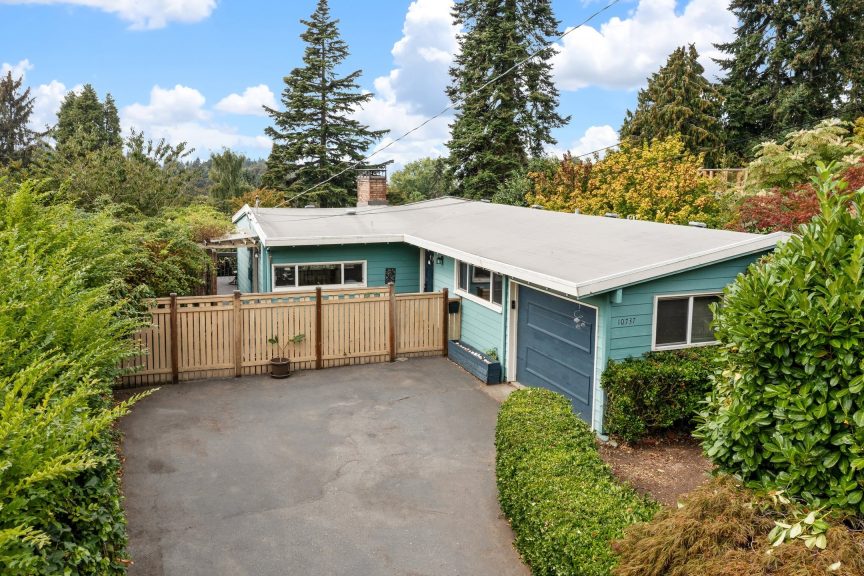 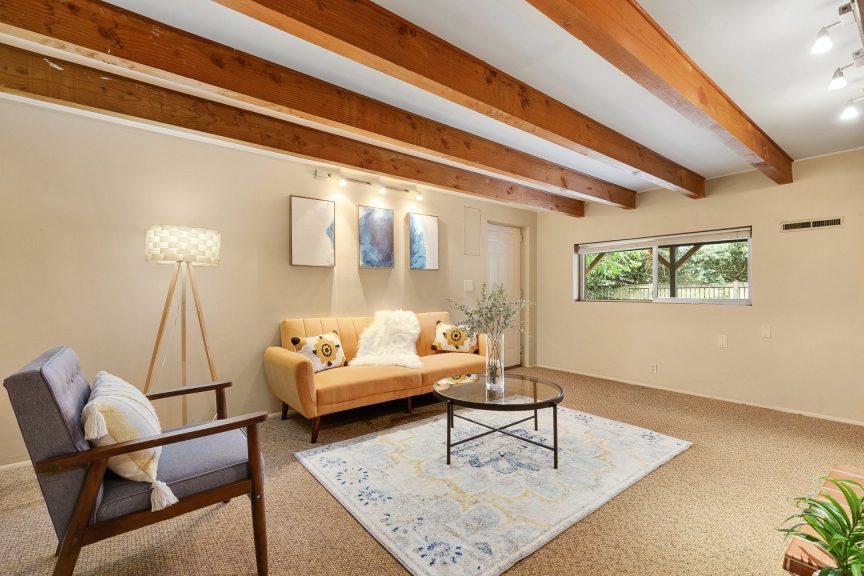 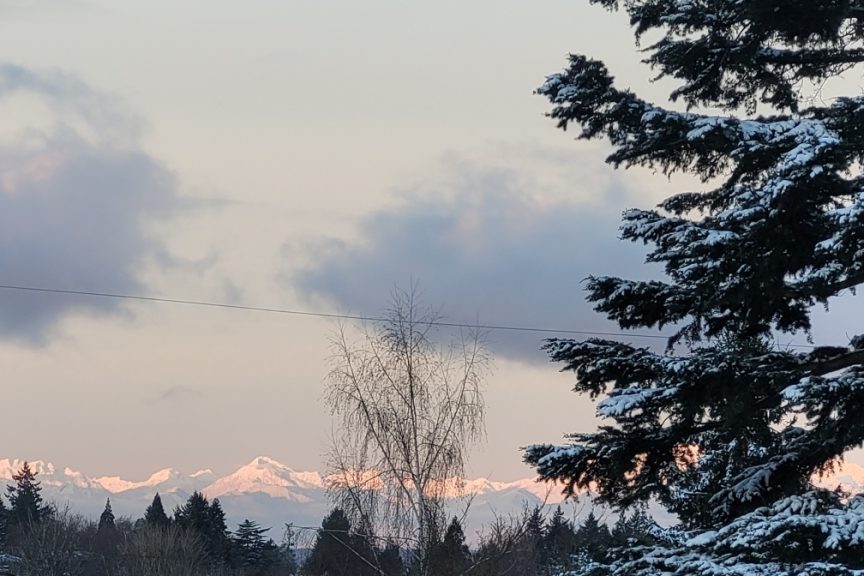 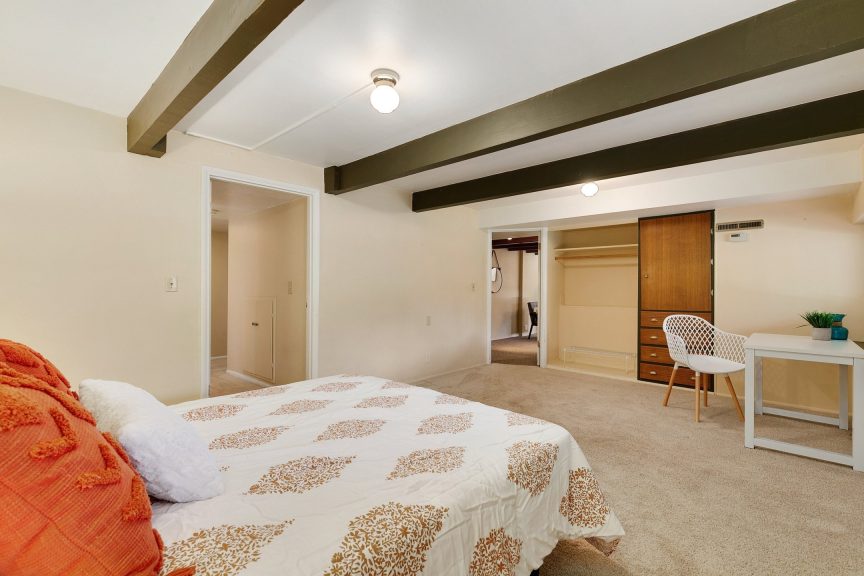 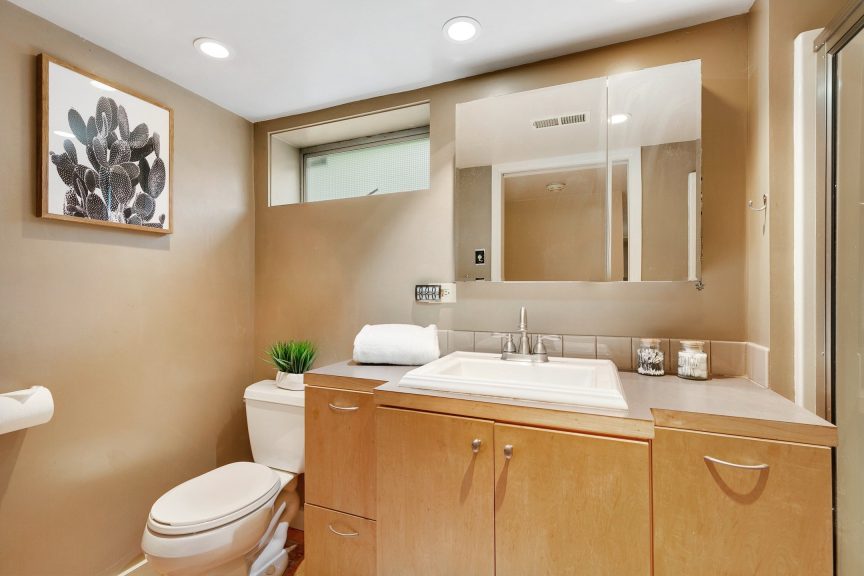 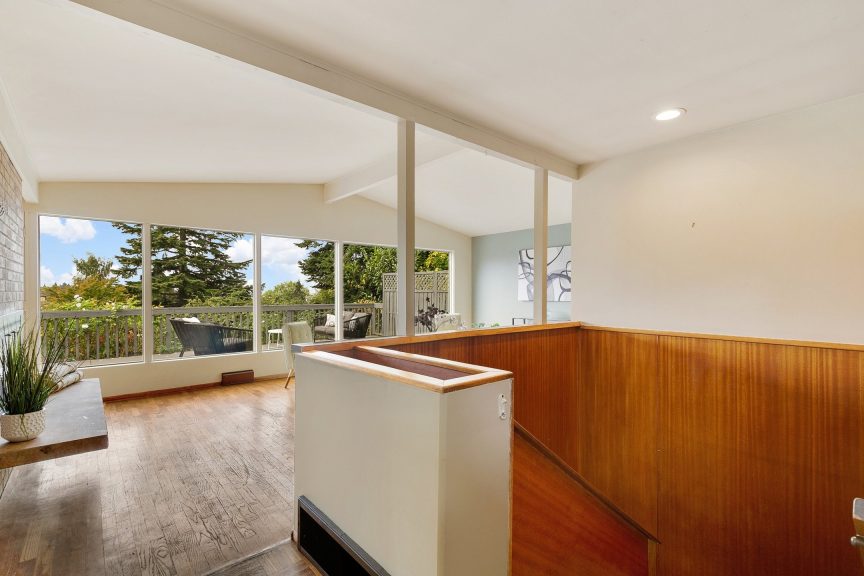 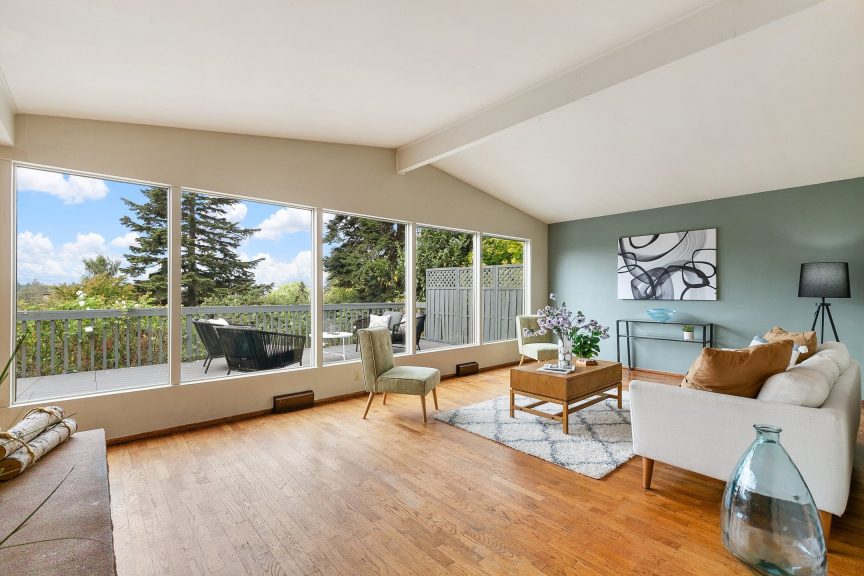 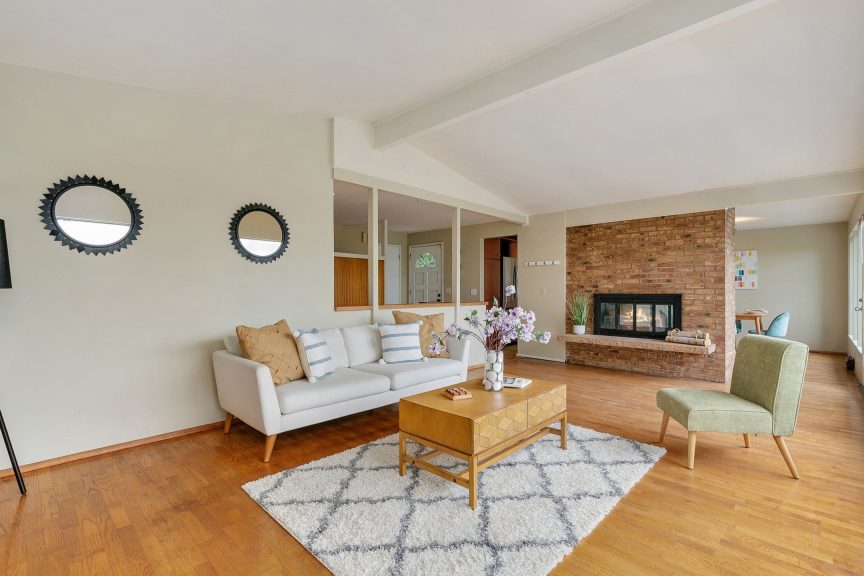 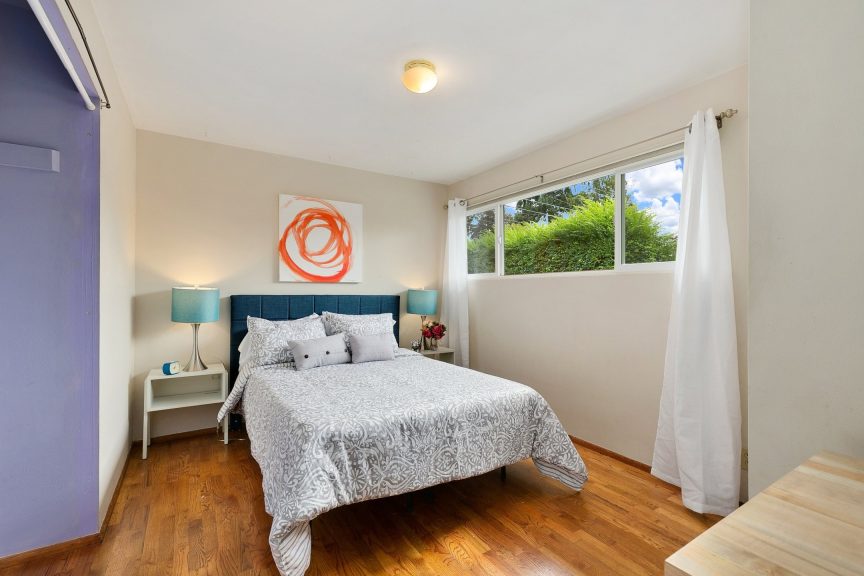 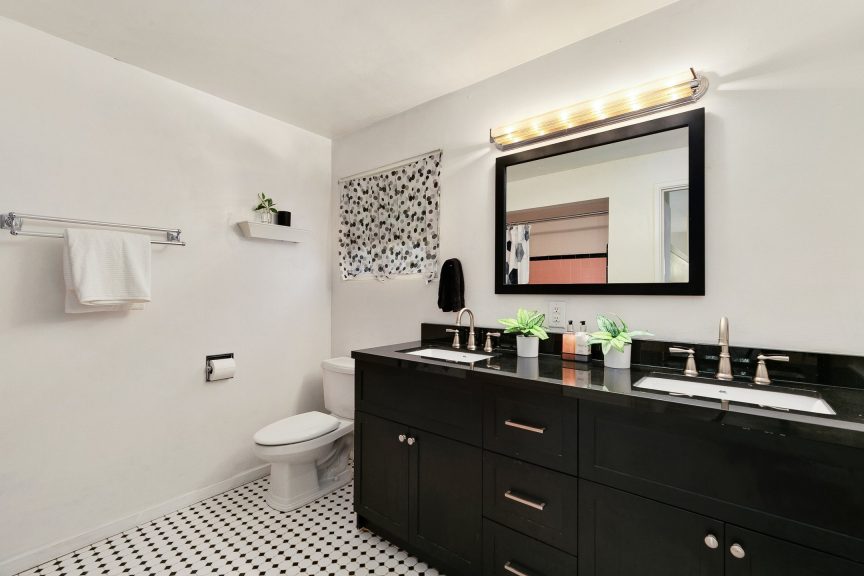 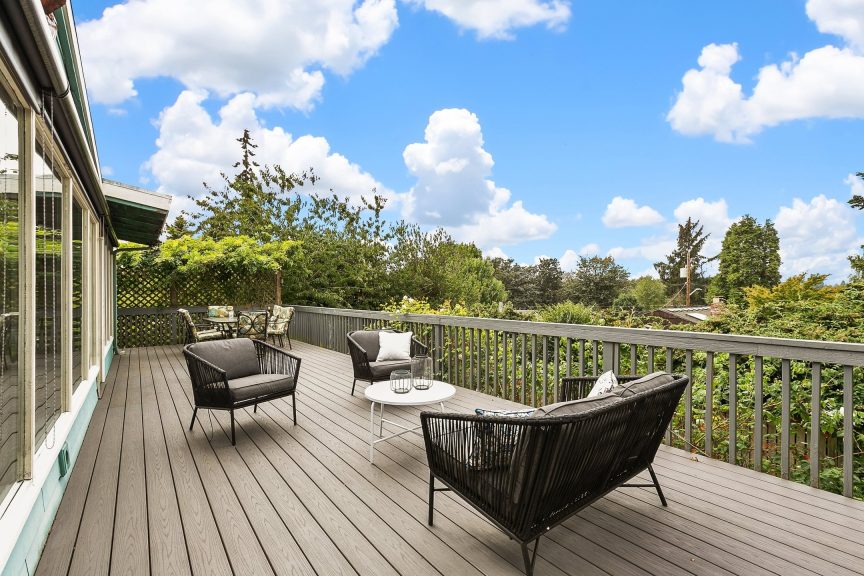 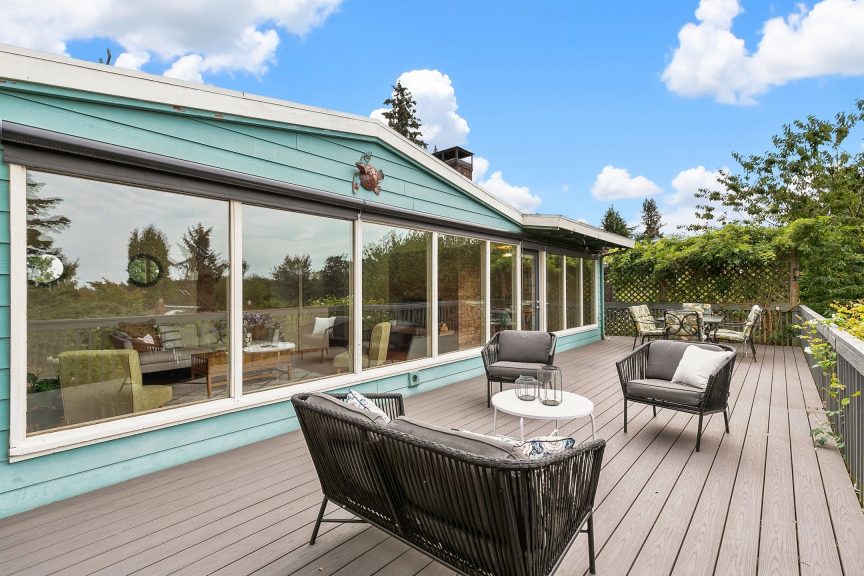 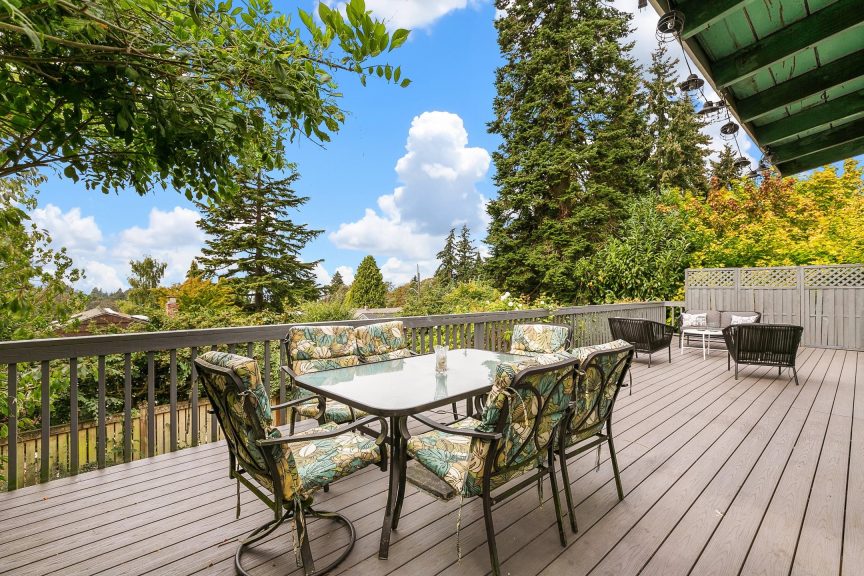 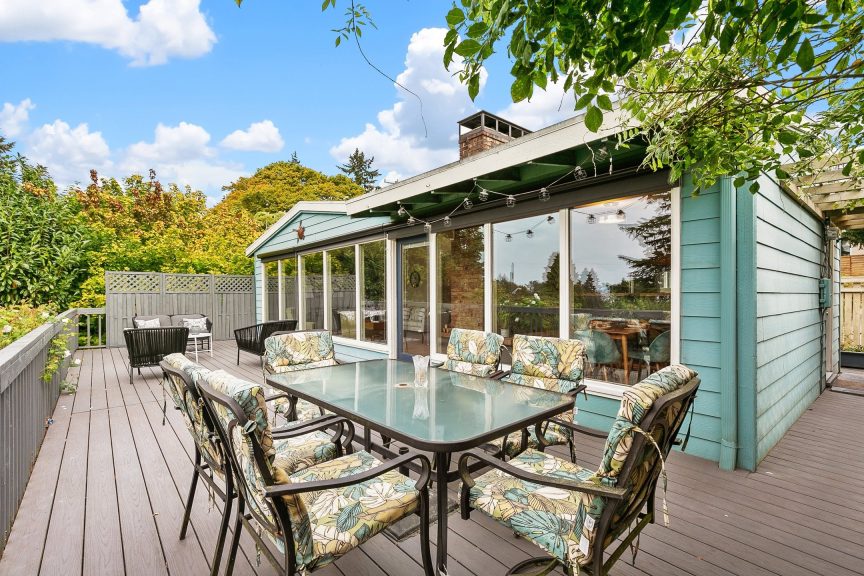 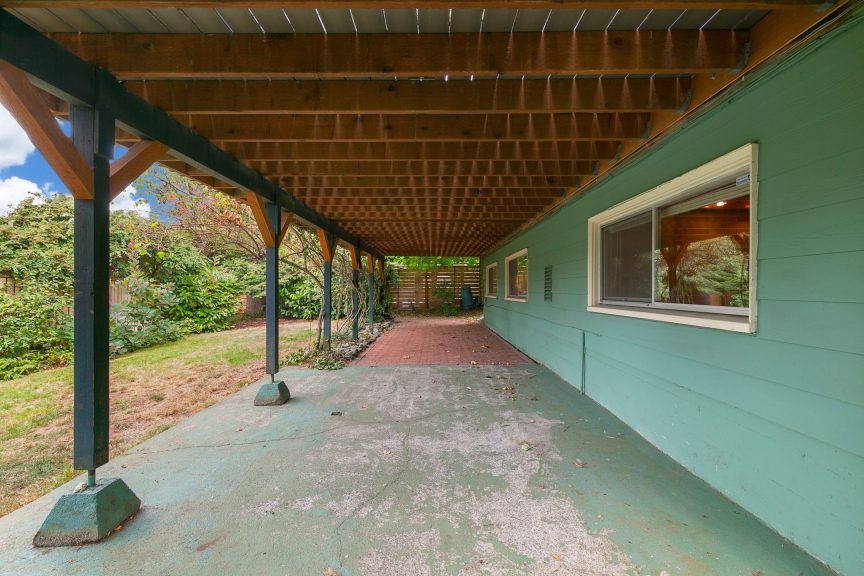 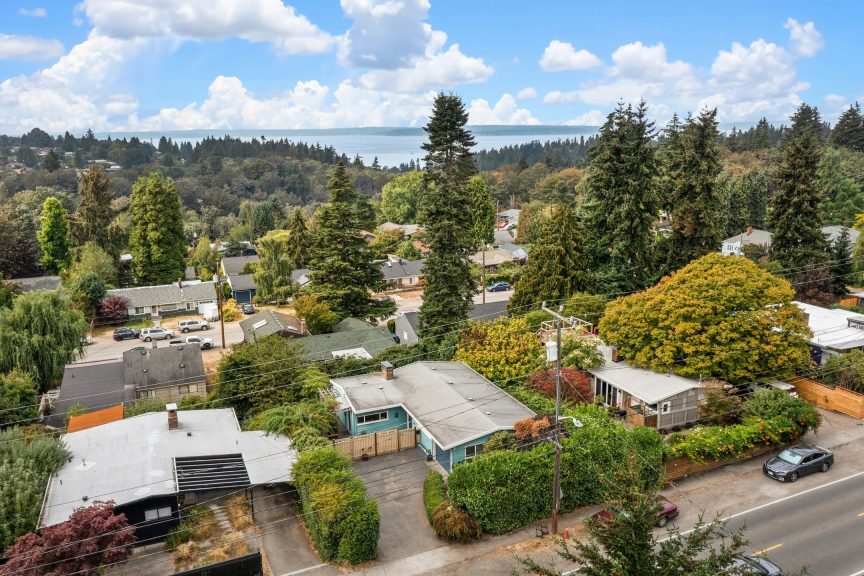 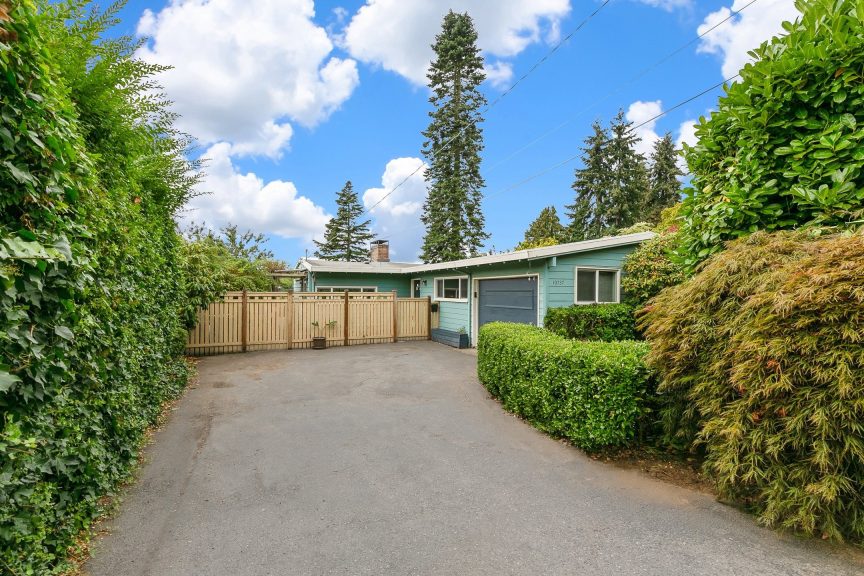 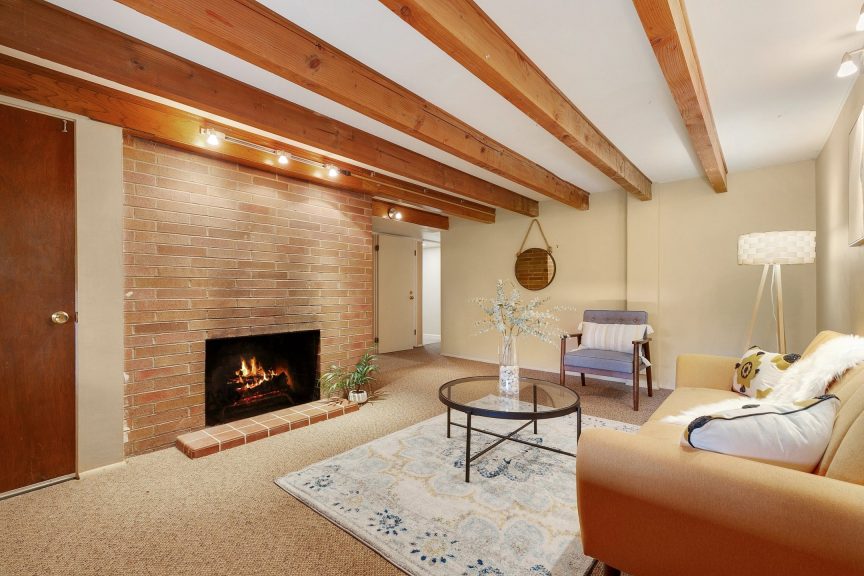 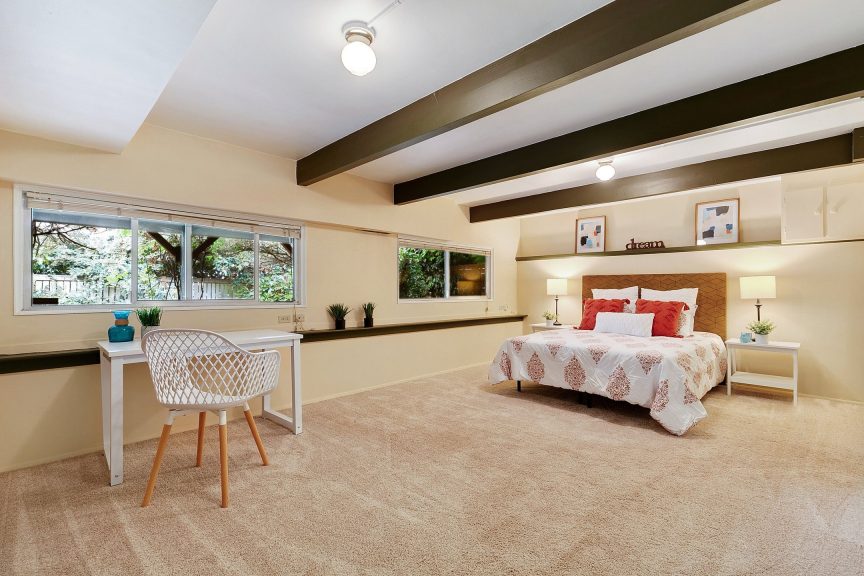