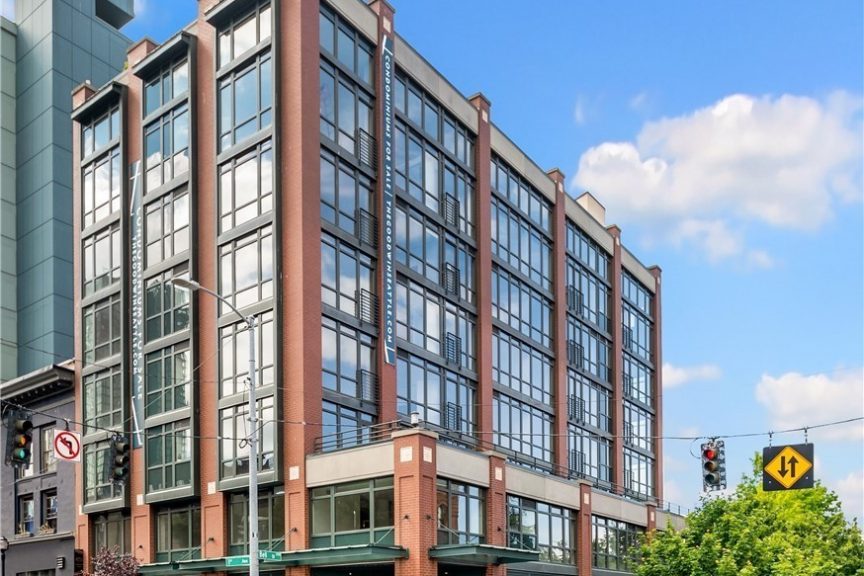 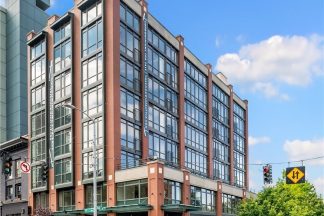 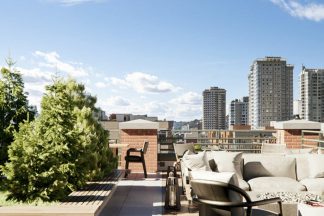 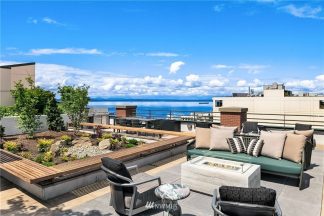 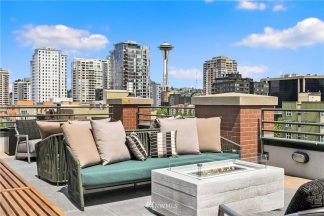 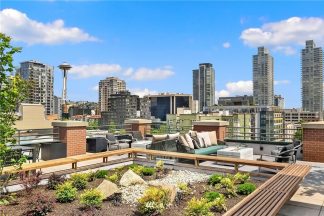 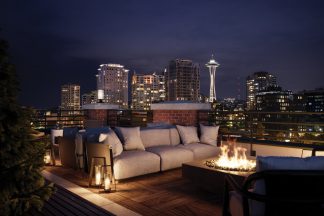 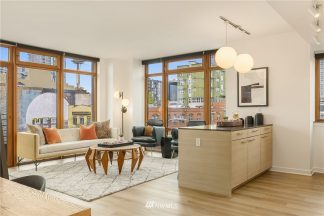 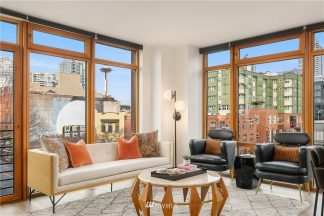 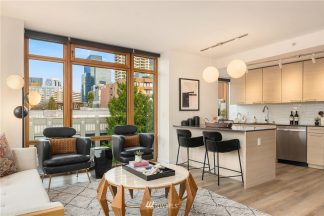 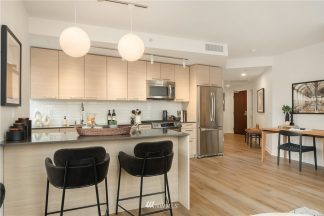 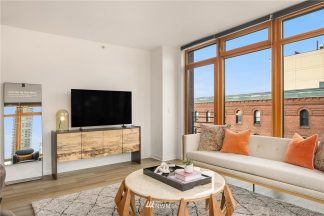 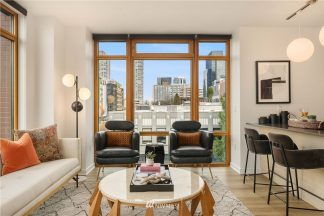 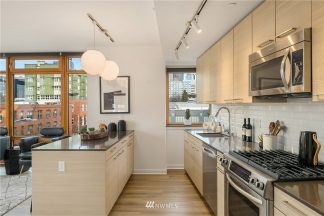 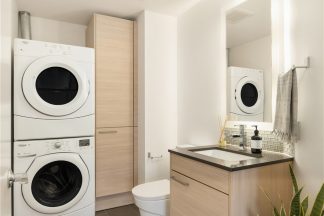 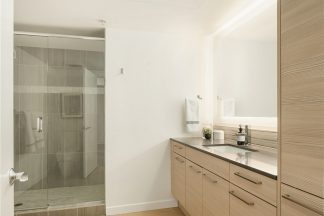 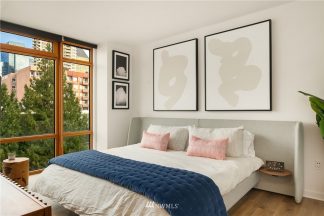 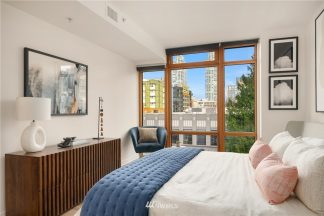 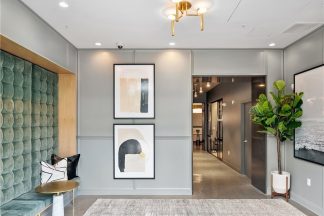 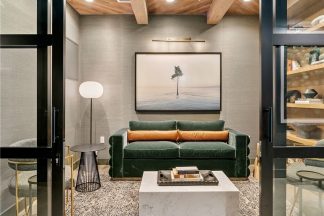 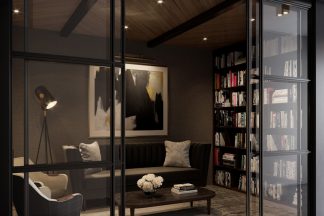 Located in the heart of Belltown, The Goodwin stands eight stories tall in one of Seattle’s most historic neighborhoods. Constructed with concrete and steel and with a classic brick façade, The Goodwin presents a blended aesthetic of old and new. The building’s 34 residences sit at First Avenue and Bell Street, known throughout Seattle’s history as the National Sheet Metal Company, Hotel Grace and many other monikers. Individual homes within The Goodwin are primarily one-bedroom units ranging from 524 to 1,281 square feet. Community amenities include a rooftop grilling station, lounge area, garden, and firepits, as well as unbeatable views of water, mountain, sky, and city.

Prior to becoming The Goodwin, this building was constructed as a condo building called The Alex. Construction was never completed and units failed to sell, and it was eventually acquired by Connell Development. Connell finished the project, renamed the property Volta and ran it as an apartment building until 2010. After a decade as apartments, Connell refreshed the building, converted it to condos, and renamed it to The Goodwin in 2020. However, sales must not have met expectations and the Goodwin has converted back to apartments as of 2022.

Peak inside the Goodwin

The Goodwin in Belltown re-starts sales and marketing

The Goodwin in Belltown hits the MLS

Volta Converting to Condos Known as the Goodwin