Living in a studio or a small apartment in a big, expensive city can sometimes feel like living in a rectangular box. In the case of ‘N’ Habit, that is literally what you will get.

Billed as the first modular apartment project in downtown Seattle, ‘N’ Habit will be composed of 49 prefabricated units that are stacked side-by-side and on top of each other to form a seven-story building at 2217 Third Ave (between Bell and Blanchard) in Belltown.

‘N’ Habit, a project by Seattle-based Daly Partners LLC, is slated to open around December and began pre-leasing over the weekend. The developer has parked one of the finished units in a parking lot across the street to serve as a temporary showroom and leasing office. 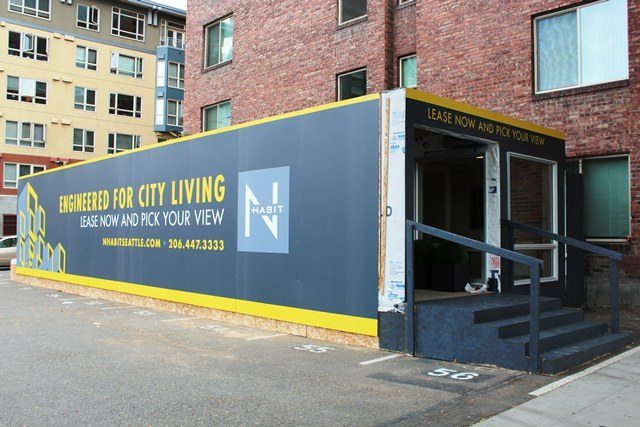 A modular unit for N Habit is serving as a showroom and leasing office near 3rd & Blanchard in Belltown.

I dropped by for a tour to check it out. It sure is nice to have an actual home this early in the process for people to walk in and see for themselves, rather than rely just on renderings. At 720 sq. ft., the model unit is one of the bigger floor plans available and feels fairly open and spacious for Belltown. 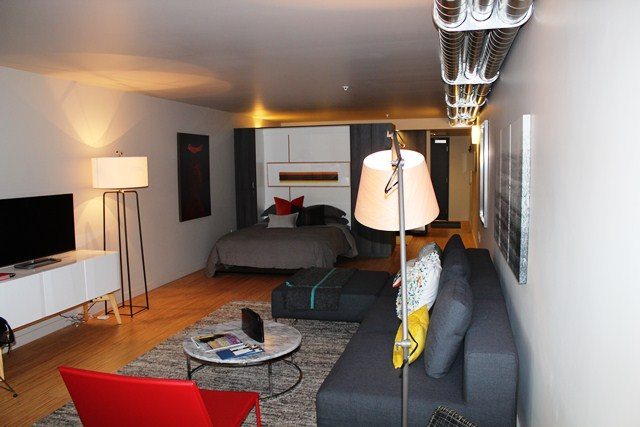 Looking into the unit 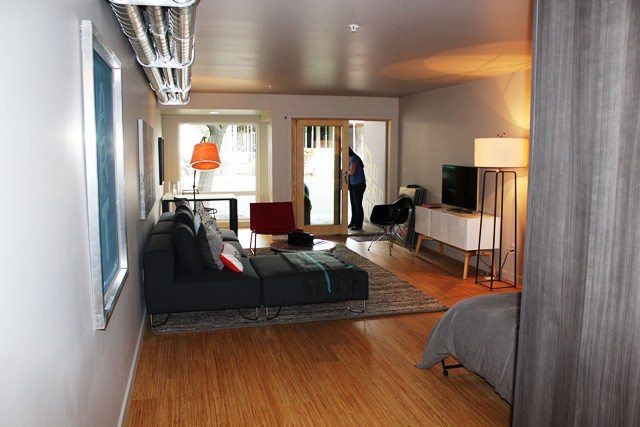 Looking out toward the street

The large windows and glass doors on one side of the unit bring in quite a bit of light. But at the other end of the long and narrow rectangle, natural light is harder to come by as there are no windows on that side.

Despite the connotations that comes with a modular unit, I have to say the walls felt robust. The developer says a popular feature of this modular design is that there will be double the interior walls for a total of 11 inches of material separating two units. That should help with noise insulation and energy efficiency.

The engineered hard wood floors, for some reason, didn’t feel as sturdy, perhaps because the unit isn’t fully set in place yet.

Even though the apartment is a rectangular box, Daly Partners has done a few interesting things to try to break up the apartment into functional and flexible spaces. For example, the company is debuting what it calls the “Abodian Wall”, which is not so much a wall as it is a partition that serves multiple purposes. On the side that faces the living room, the partition houses a Murphy bed and drawers. On the side that faces the kitchen, the wall houses storage and a door that folds out to serve as a table or counter. 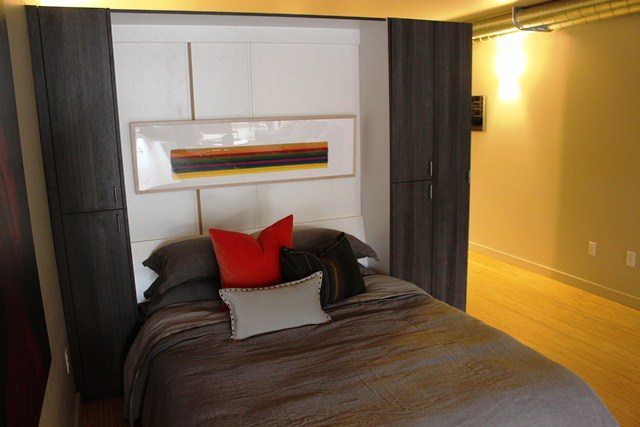 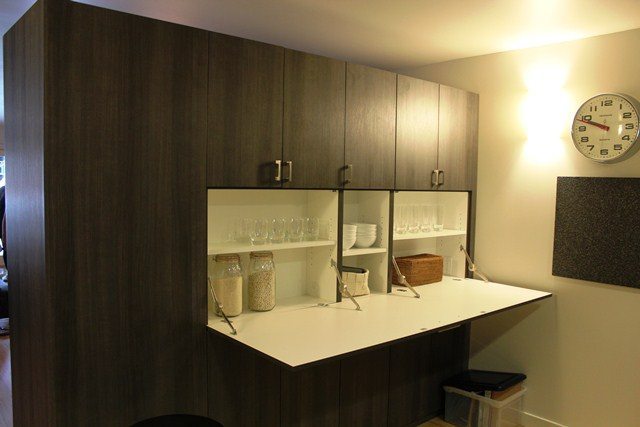 Kitchen cabinet with a sturdy fold down door

“As we were designing this project we found ourselves thinking—what if the desk/counter/table could disappear when you weren’t using it?,” said Jim Daly, managing member at Daly Partners. “What if we used a Murphy bed on the other side that, when raised, the tenant could ‘recapture’ significant floor area?”

Recapturing floor area will be important for some of the smaller modular units, with the smallest one being 422 sq. ft. On that note, here are the floor plans and price points…

There is no charge for parking because there will be no parking in the building, at least for cars. If you’re a bicyclist or a fan of public transit, you’re in luck. There will be 57 bike stalls and bike repair stations in the building, while several buses stop just a few steps north of the building. Given the central location, you could also just walk to many nearby restaurants and shops. 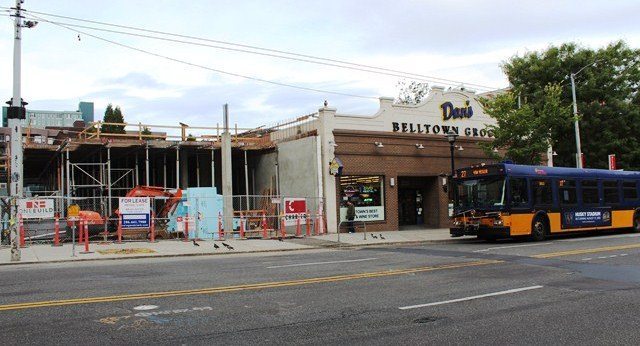 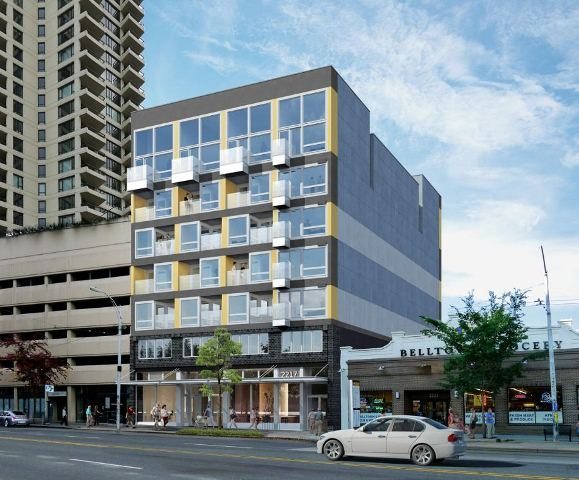 Rendering of ‘N’ Habit once all of the modular units are installed and integrated.

Back inside, a few words on other important features: The kitchen features a gas range. The bathroom uses low-flow plumbing fixtures. There are a washer and dryer in each unit. Aside from the cabinets in the “Abodian Wall” shown in the photos above, there aren’t any closets or storage available inside the unit, though you could rent one in the building.

Washer and dryer in the bathroom

From start to finish, the project is slated to take just seven months to complete, almost half the industry average of 12 to 14 months. Daly Partners says the modular approach creates a highly efficient, cost-contained way to build, while allowing for increased quality control.

OneBuild is manufacturing the modular units down in Klamath Falls, Oregon. Once the units are finished, they will be transported to Seattle for installation. Charter Construction is handling the building’s foundation and integrating the prefabricated units onsite.  The project was designed by architect Bushnaq Studio and Kristine Donovick Interior Design. All of the firms mentioned above are based in Seattle.