It’s always nice to see a midcentury home stay true to its character, like this 1958-built, three-bedroom midcentury classic at 10423 Marine View Drive SW in Arbor Heights. Designed by Seattle architecture icon Albert Orin Bumgardner, the home takes advantage of a cliffside locale for plenty of light and ocean views. The real showstopper is a glass-encased dining room perched right over the Puget Sound. A Seattle Times Home of the Month feature from May 1959 called it the “dining pavilion.” (You can read the piece here; you just need a Seattle Public Library account to view it.)

A 2007 remodel by Ben Trogdon Architects kept a light touch, keeping the exposed-cedar ceilings and what appears to be the original floorplan intact, with two wings and a courtyard showcasing the big water view. Bumgardner believed that a view shouldn’t be confined to just one showstopper window bank—the Times quotes him as saying that “a dramatic view is best enjoyed in day-by-day living when it is parceled out.”

Thanks to that Times piece, we have a detailed look at the original vision, including two fireplaces: a metal hearth in the family room and a two-sided fireplace connecting the largest bedroom and the living area. Today, they look like they’ve been converted from wood-burning (perhaps to gas), but still fit with the context. The kitchen finishes look entirely new, but maybe that’s not so bad—the Times describes the original serving counters as “covered in blue laminated plastic.”

The second and third bedrooms get their own sense of cohesion, with narrow floor-to-ceiling windows facing a yard. Above the entrance, a lofted studio originally served as an office, sewing room, and library. 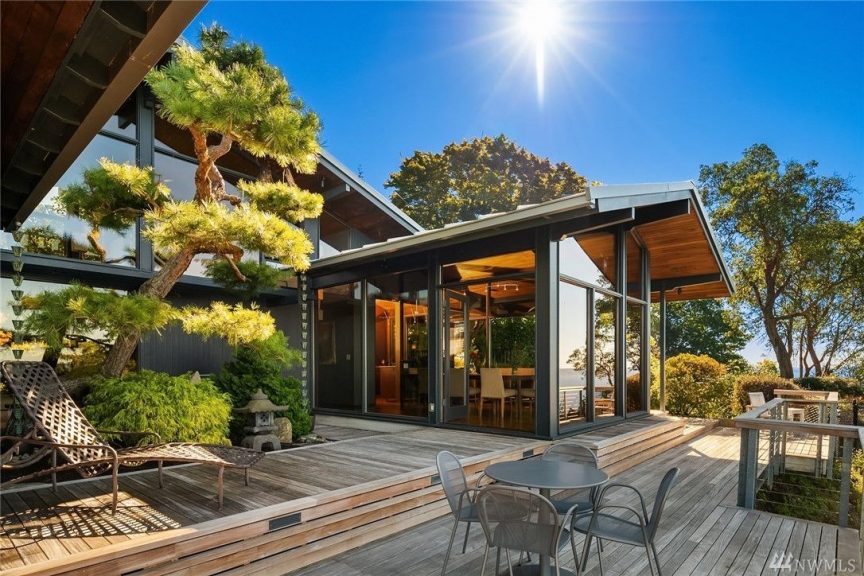 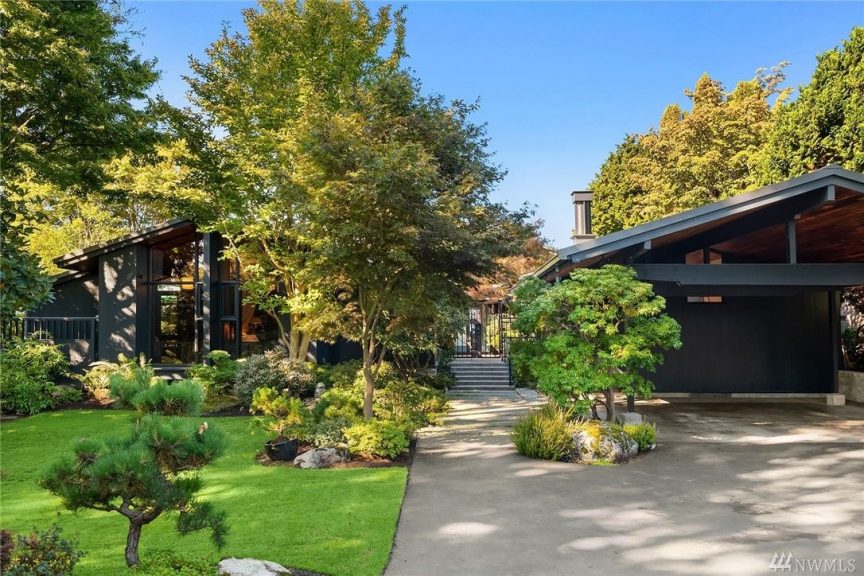 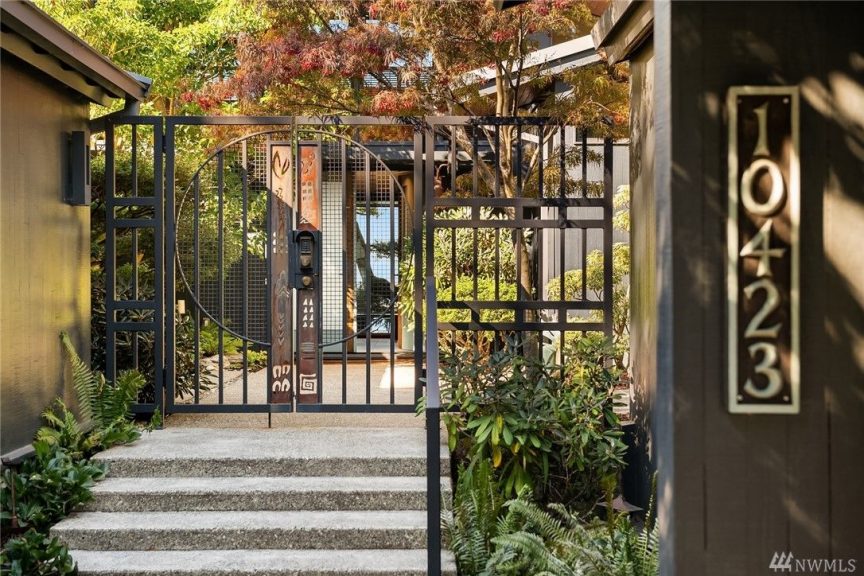 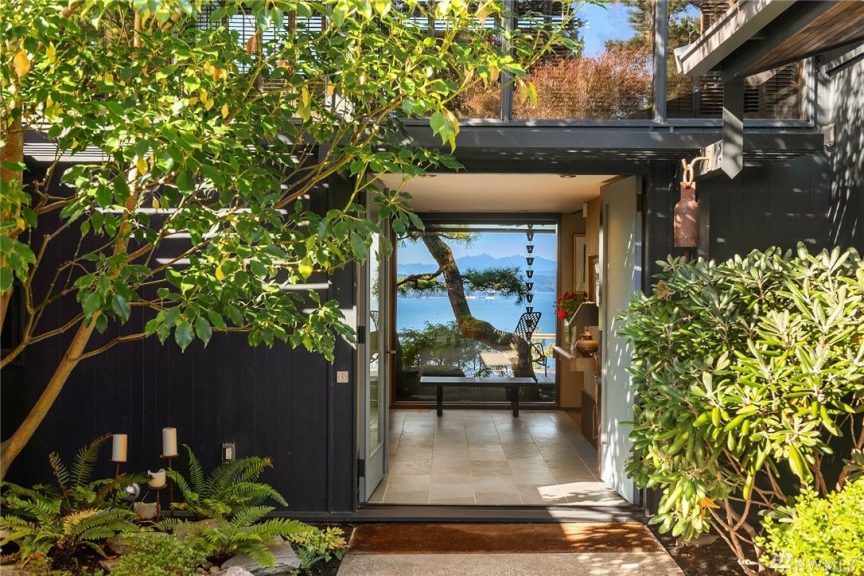 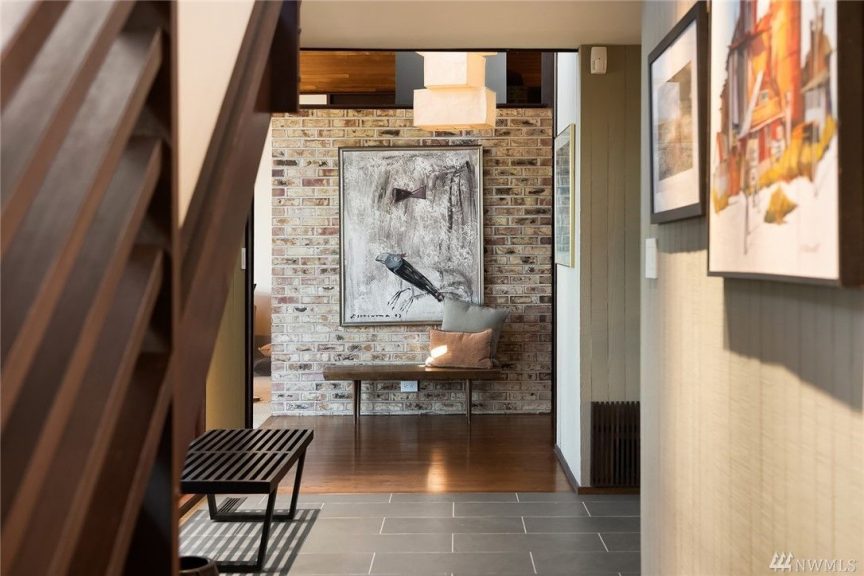 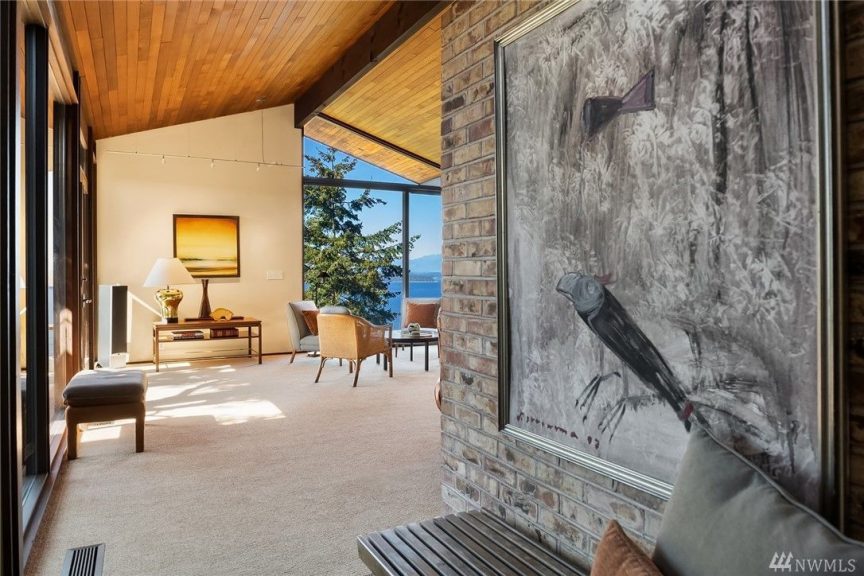 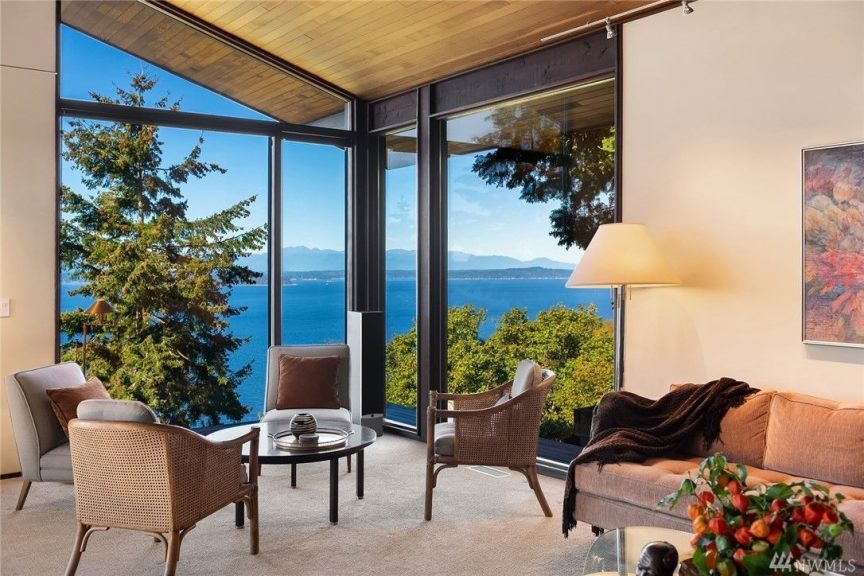 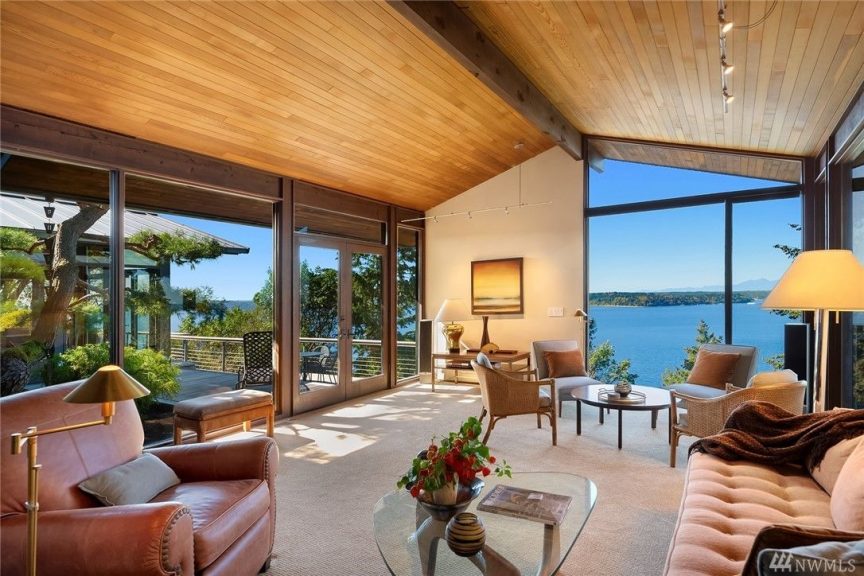 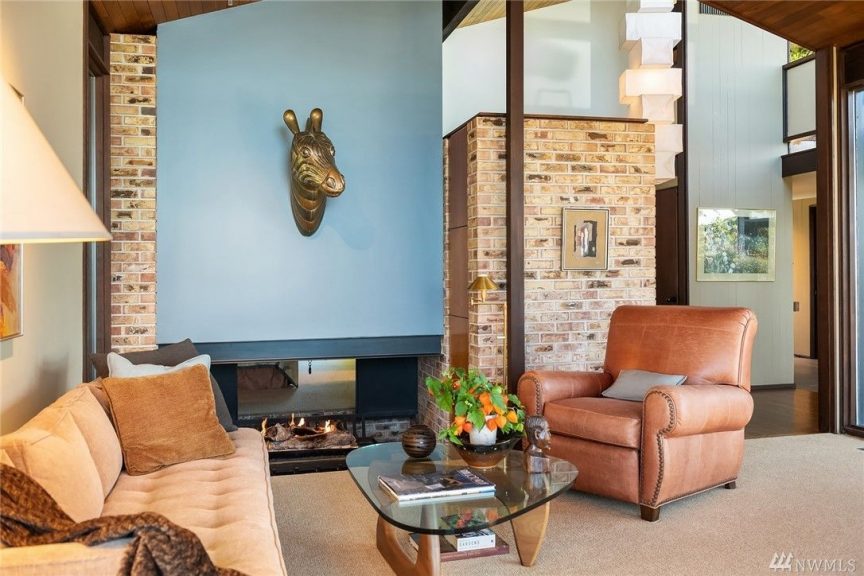 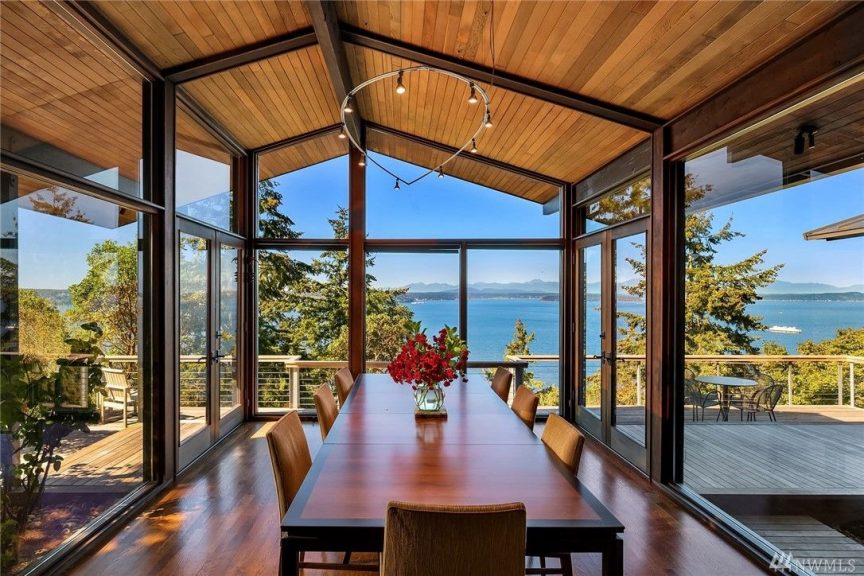 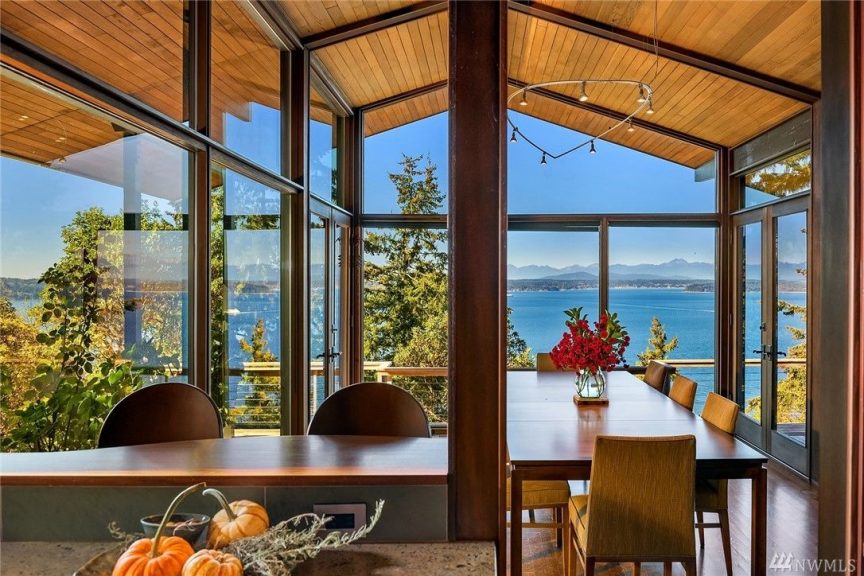 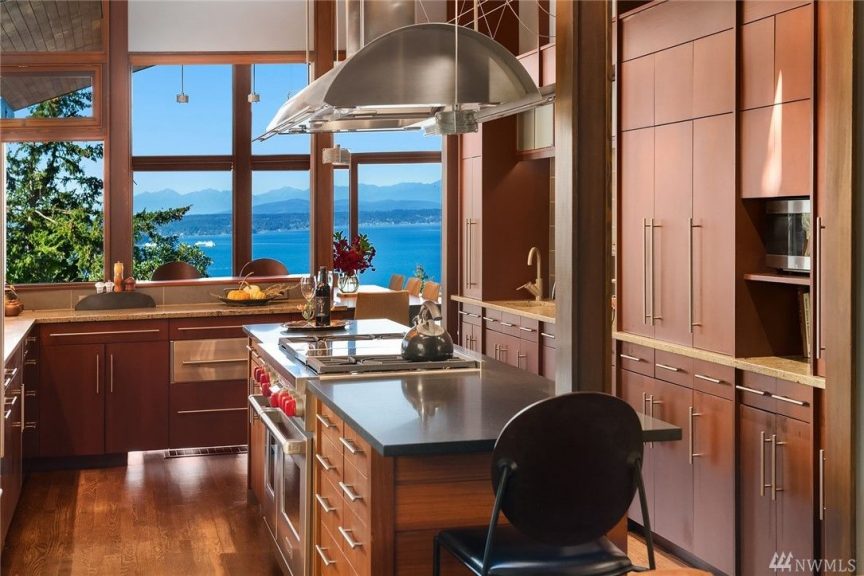 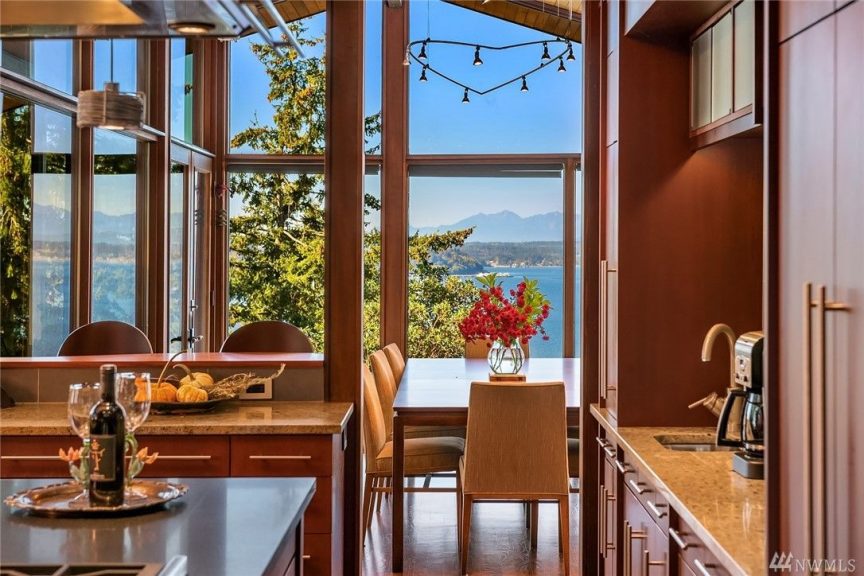 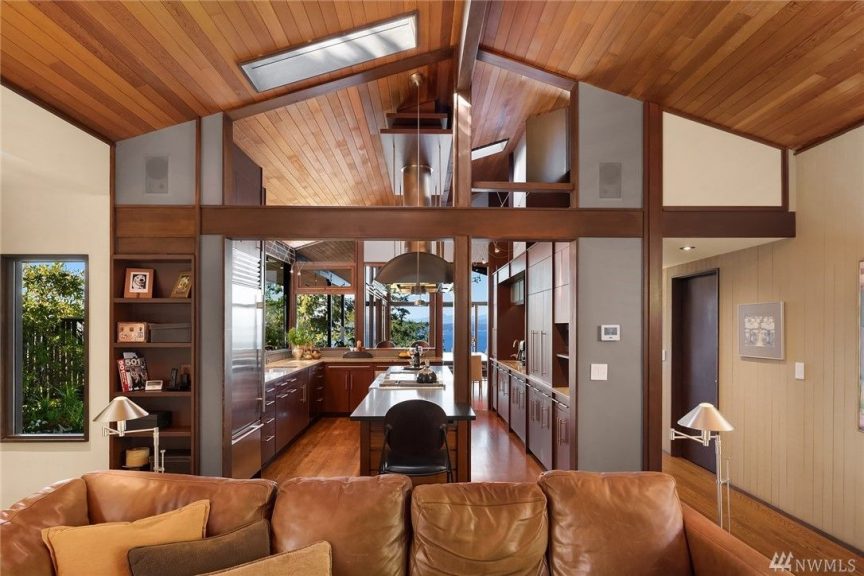 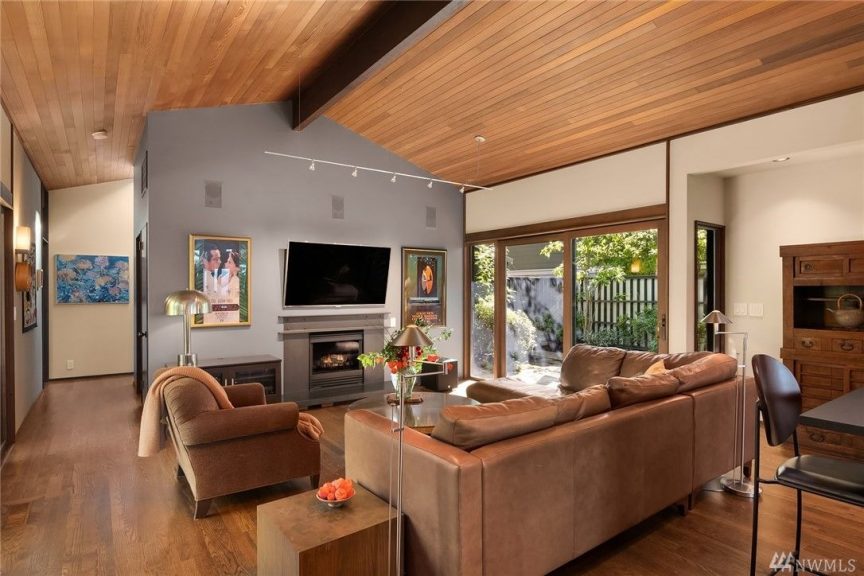 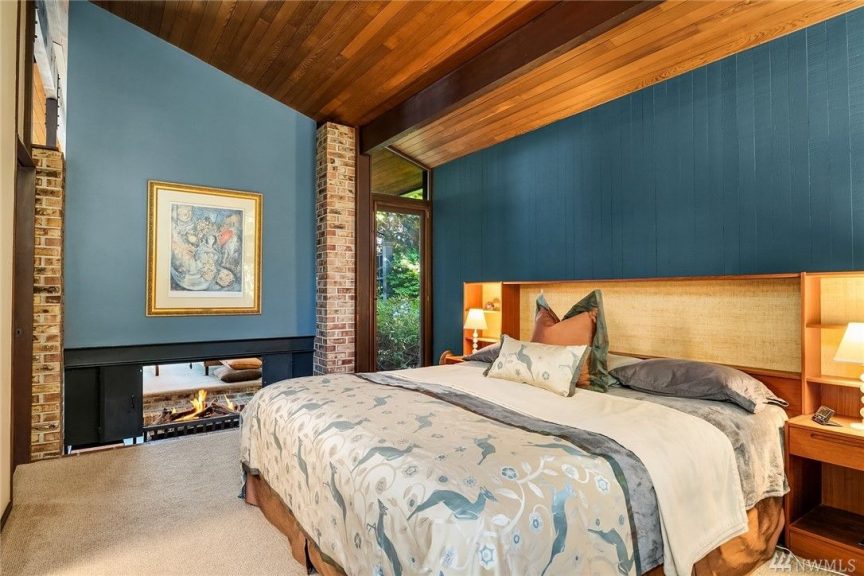 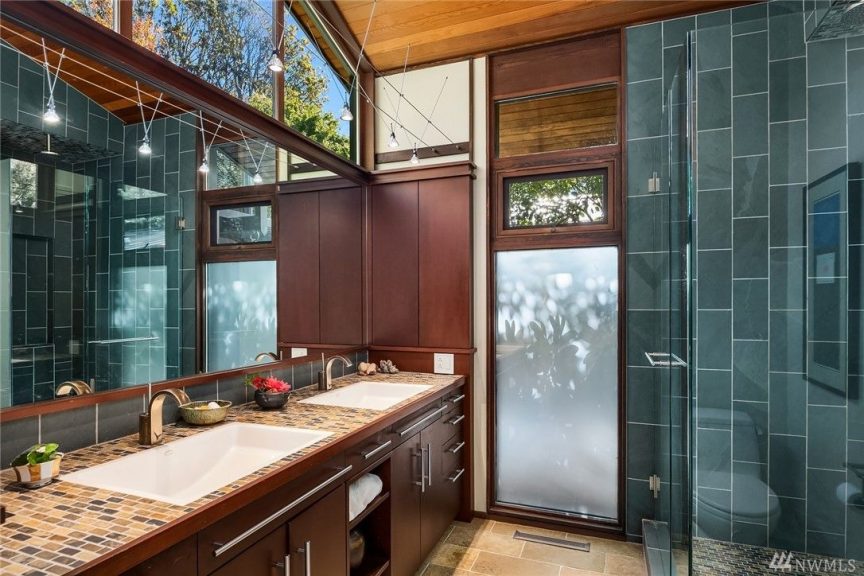 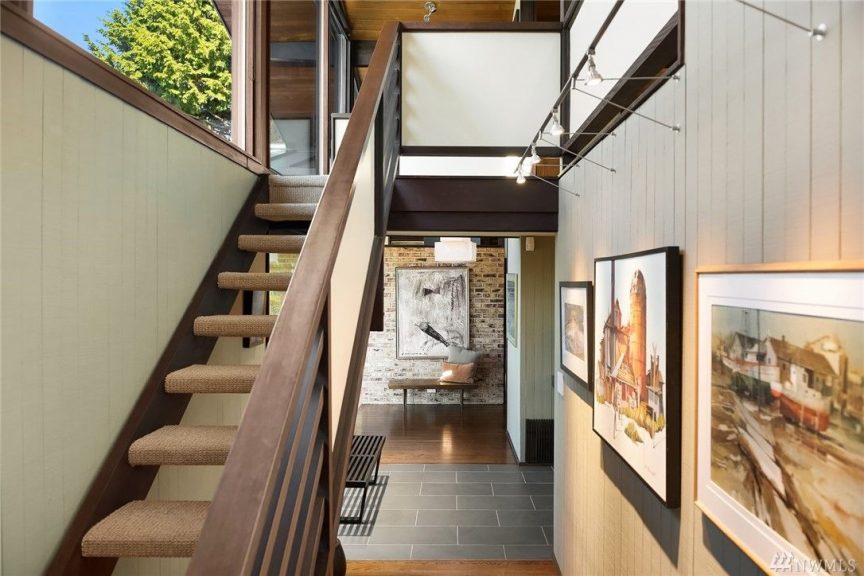 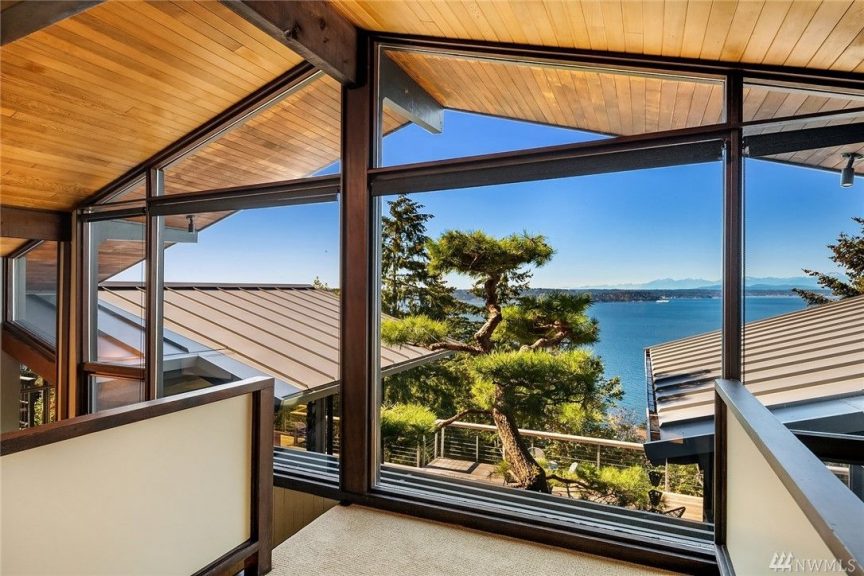 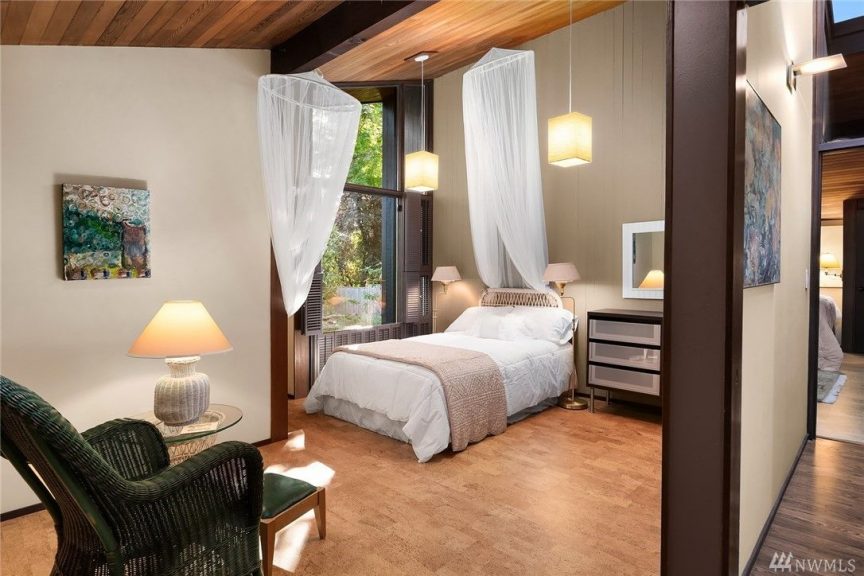 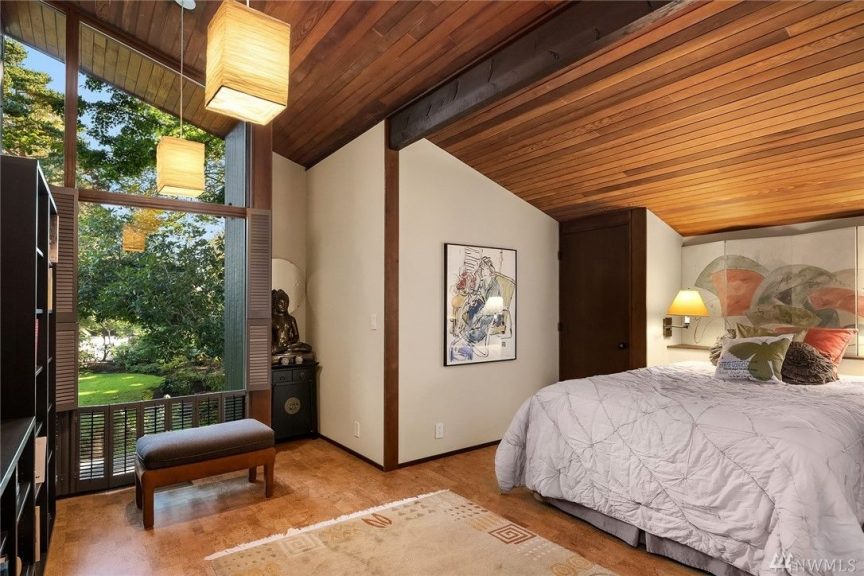 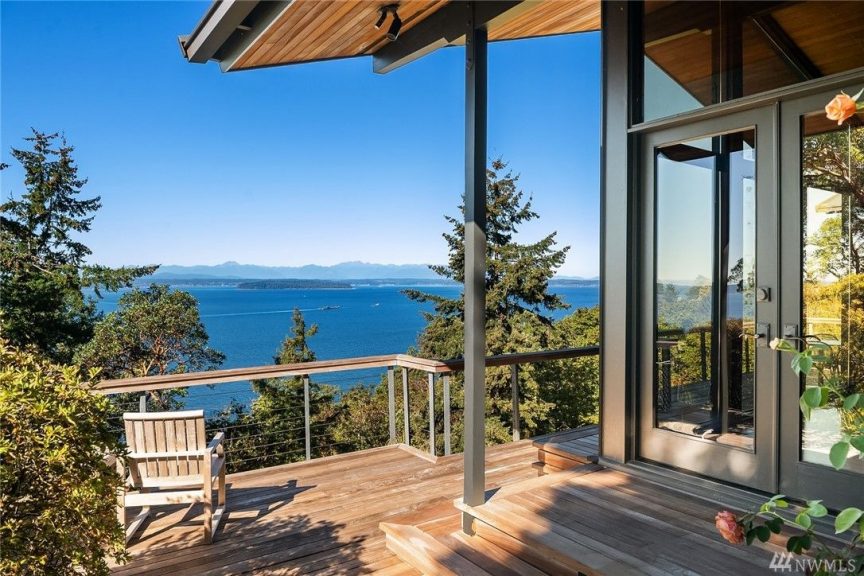 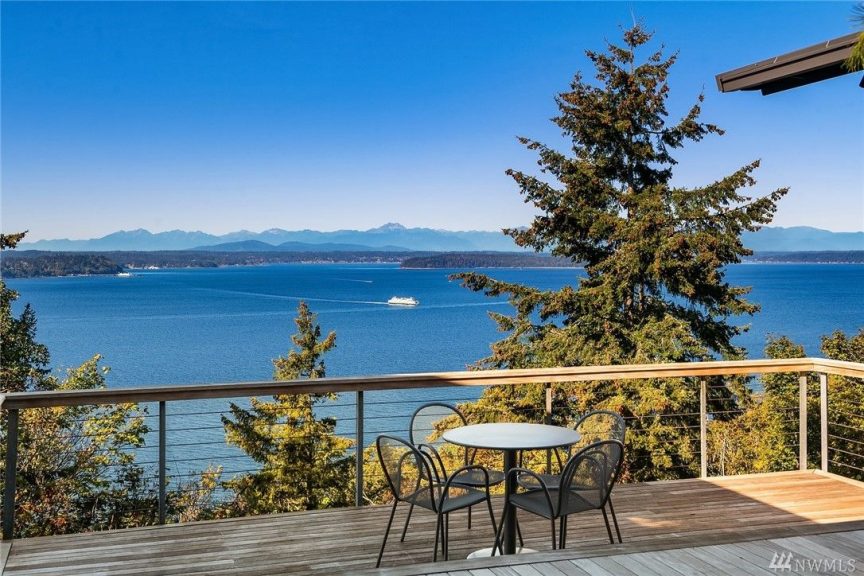 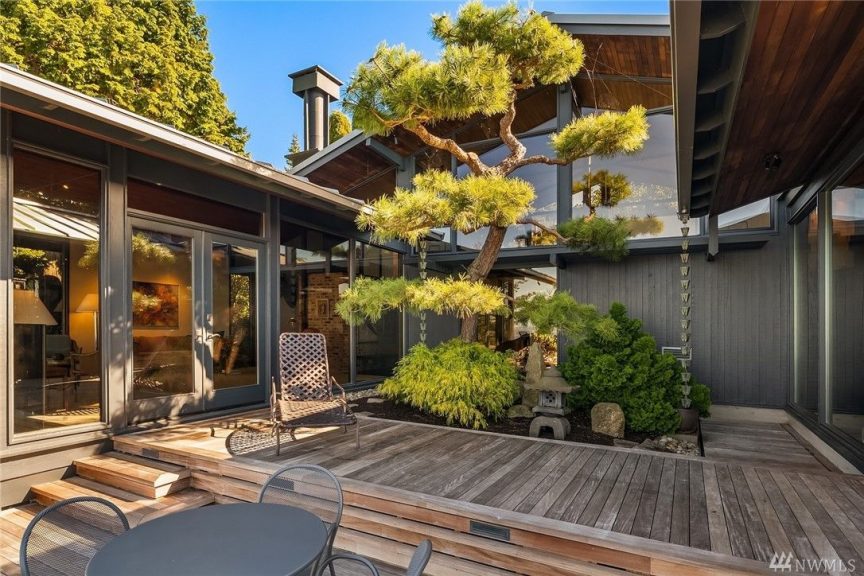 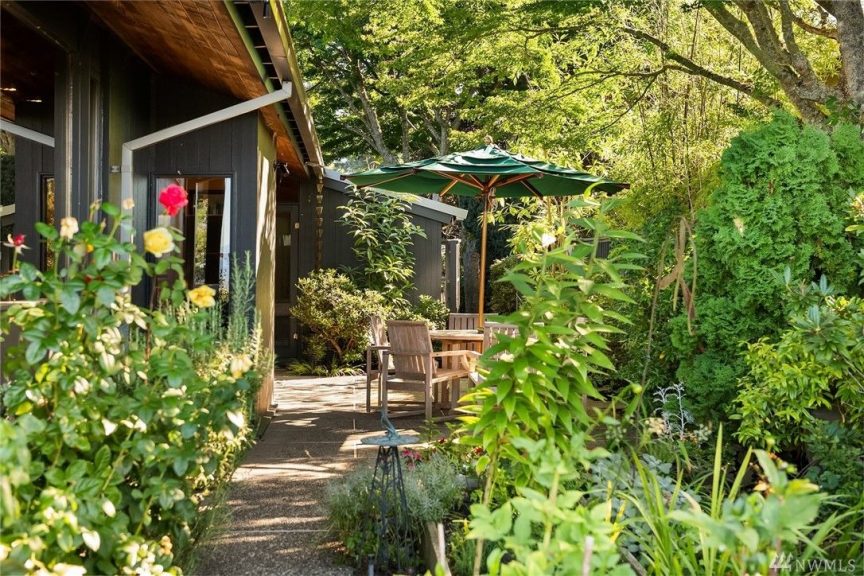 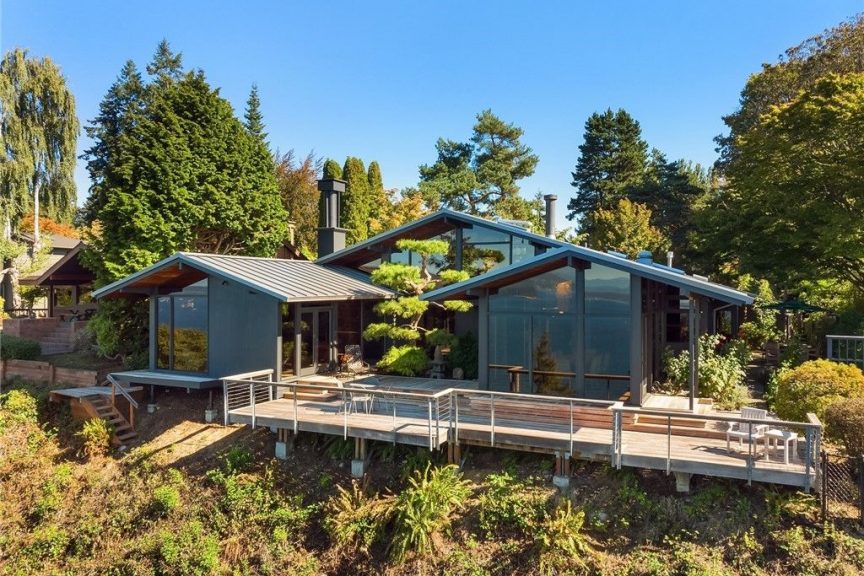 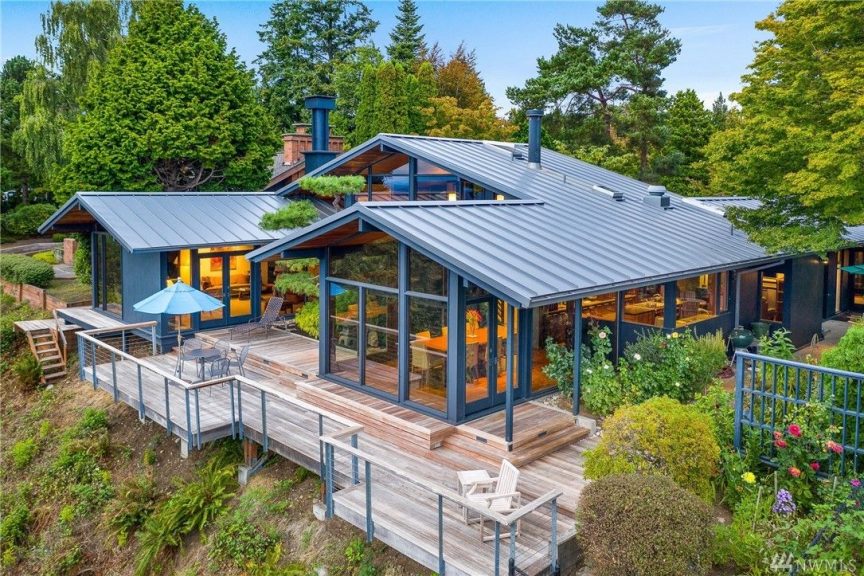 Sarah is a contributing writer to Urban Living. She can’t sell you a house, but she’ll talk about them for as long as anybody will listen.