Historic loft near Pike Place Market and the Seattle waterfront

1507 Western Ave. Unit R503 is a one-bedroom, loft-style home located in downtown’s historic Fix/Madore building. The Fix/Madore consists of two adjoining turn-of-the-century buildings that were transformed into lofts in the 1970s and 80s.

Nestled between Pike Place Market and the revamped waterfront, the building offers unbeatable proximity to some of Seattle’s most-loved amenities. Just steps from Olympic Sculpture Park, the Washington State Ferries terminal and the market’s fresh produce, fish and flowers, Unit R503 is a wonderful jumping off point for making the most of the city.

This 694-square-foot home, built in 1910, boasts exposed red brick, beautiful old-growth beams along the ceiling and a large private patio. Just inside the home, a sleek and modern kitchen was recently updated to include Bosch appliances, an induction cooktop, double-broiler oven and ceiling-height penny round backsplash. Opposite of the kitchen, French doors open onto a private 400-square-foot patio—prime outdoor living space in the heart of the city. Nearly doubling the home’s square footage, the patio is roomy enough to garden, entertain or any nearly any other activity to make the most of Seattle’s sunny days.

Back inside, the kitchen connects to a cozy, open living room and adjoining bedroom and full bathroom. Unit R503 comes with storage space, and the Fix/Madore building is pet-friendly. 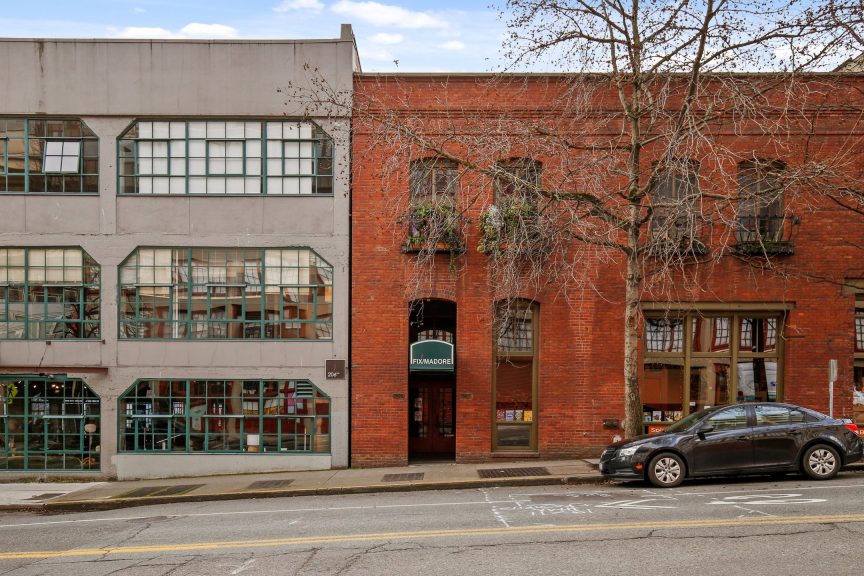 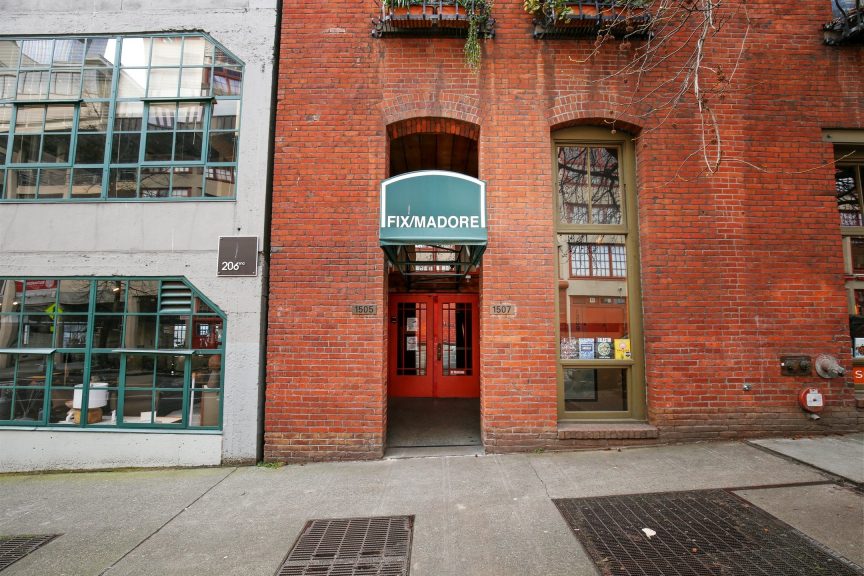 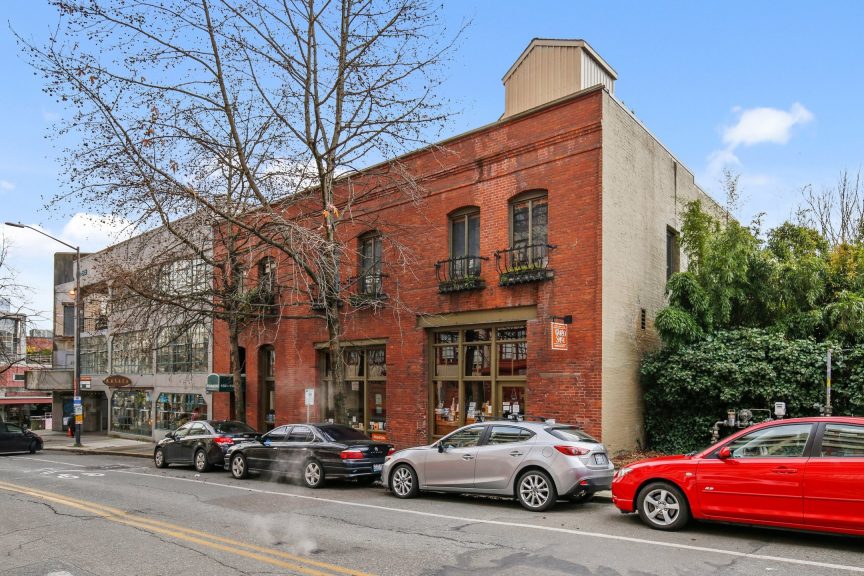 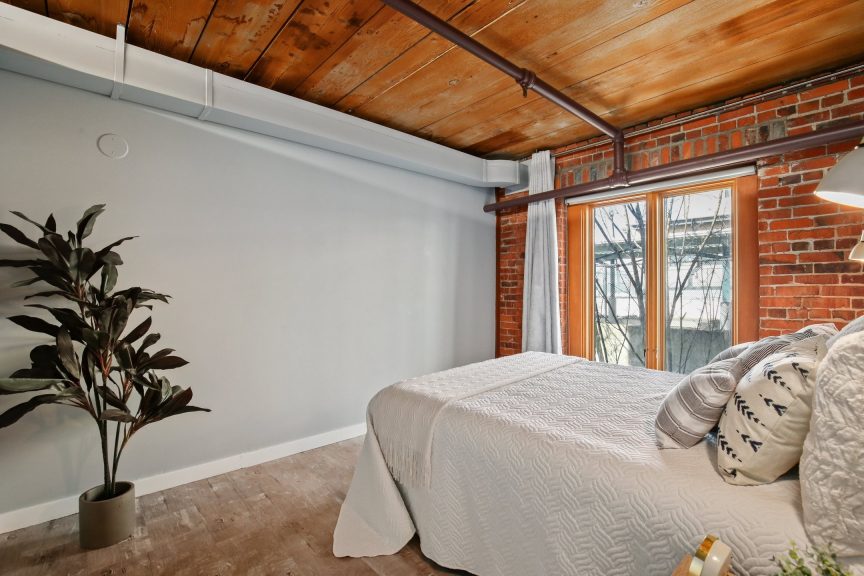 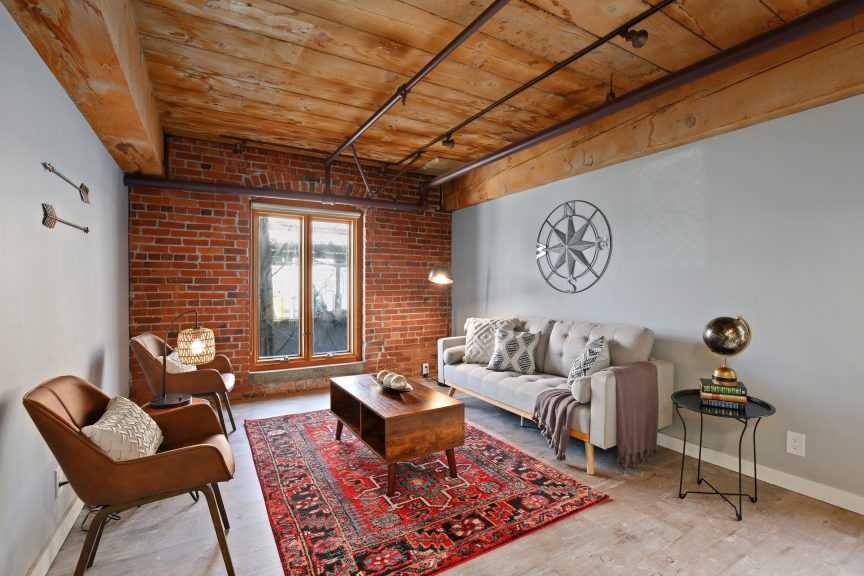 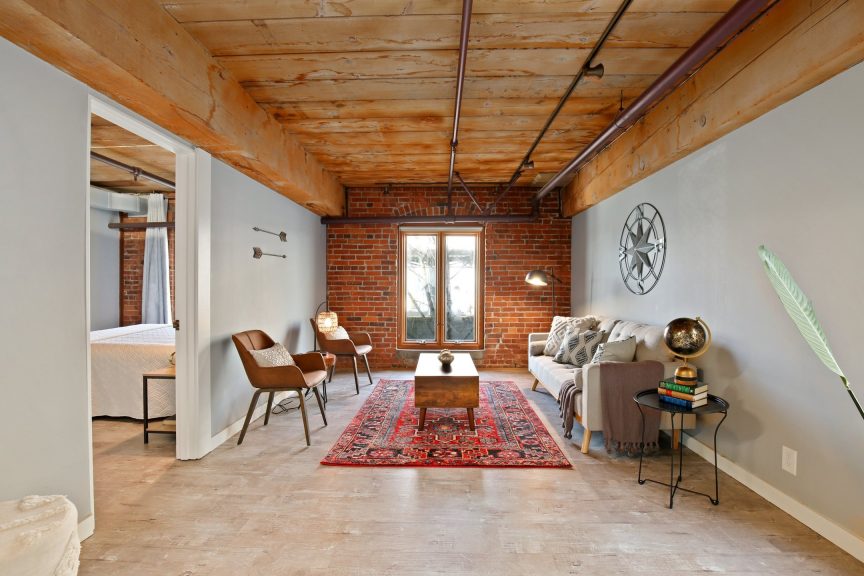 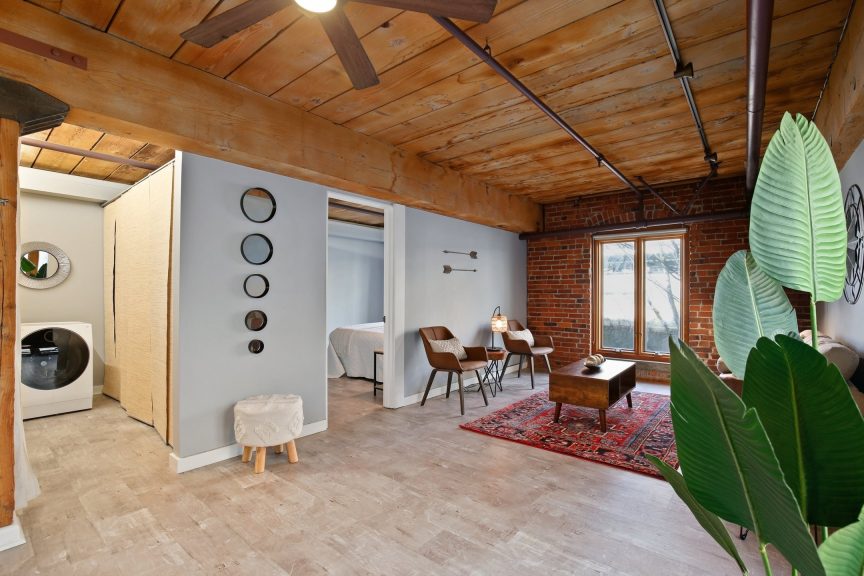 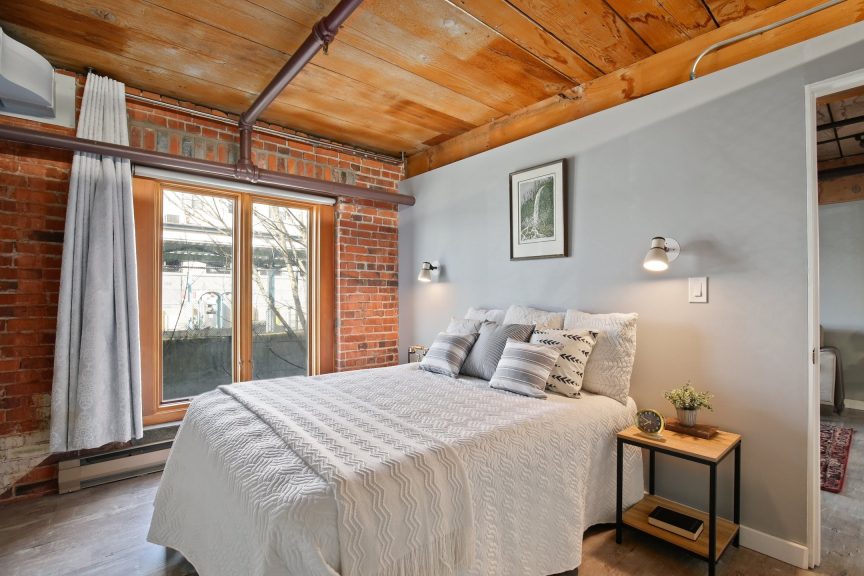 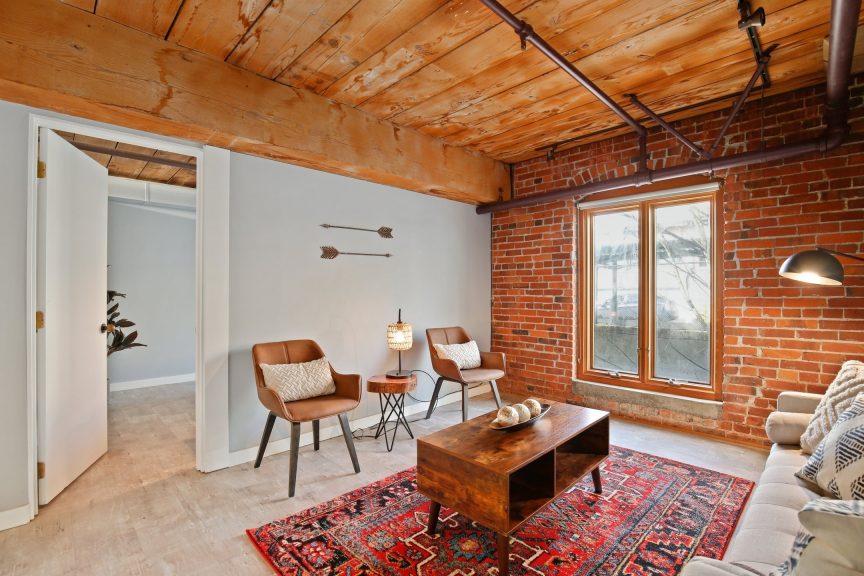 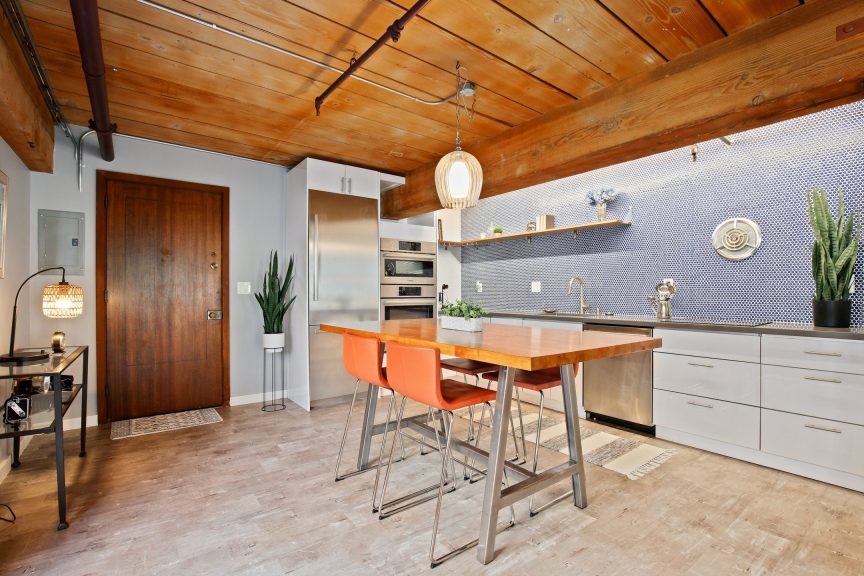 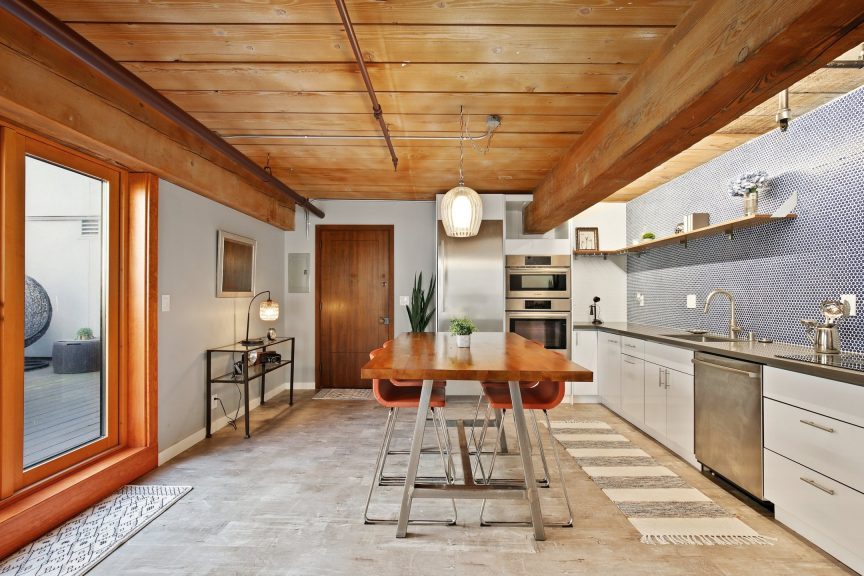 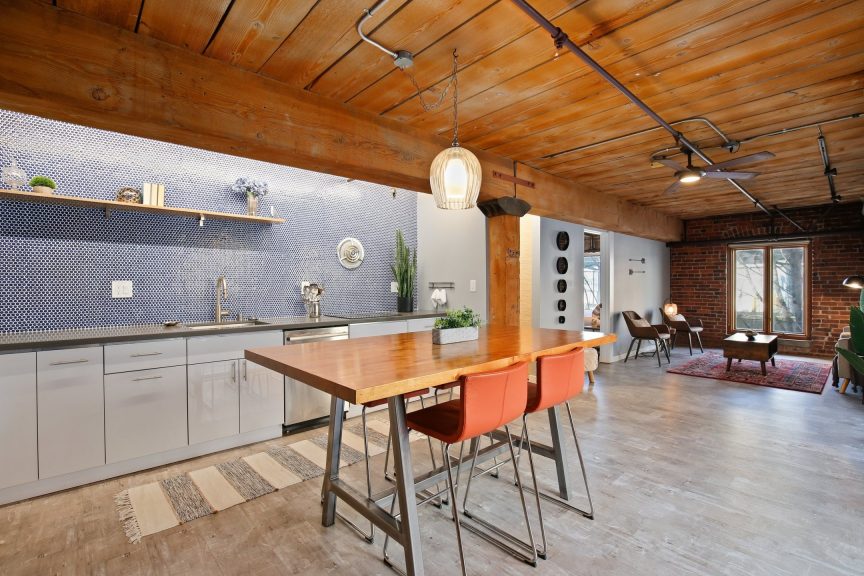 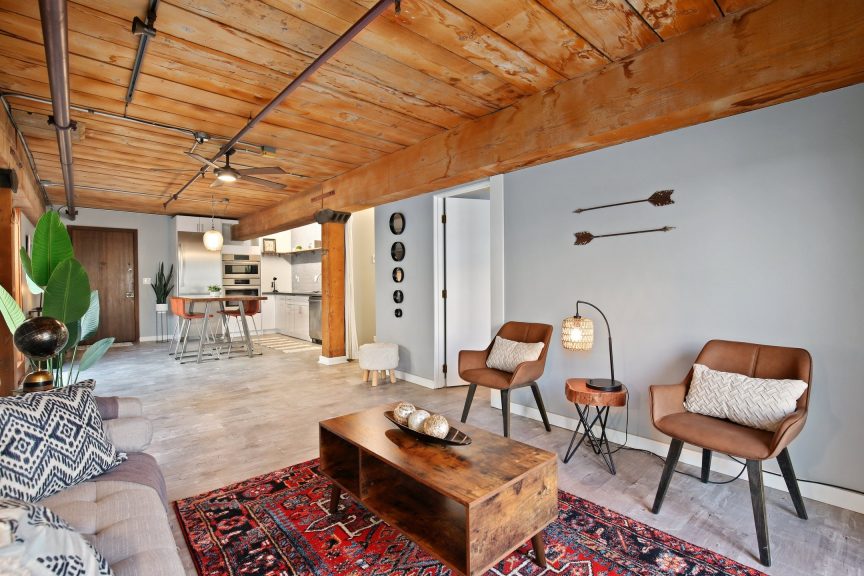 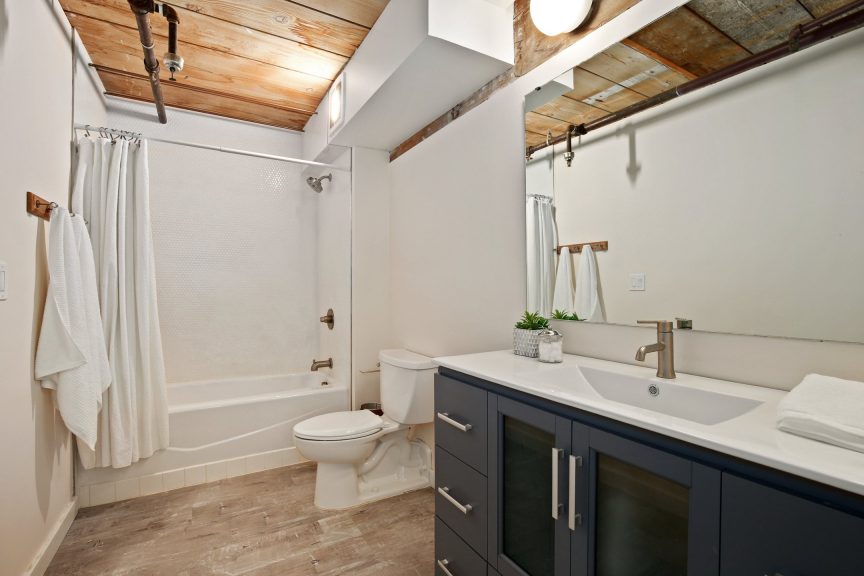 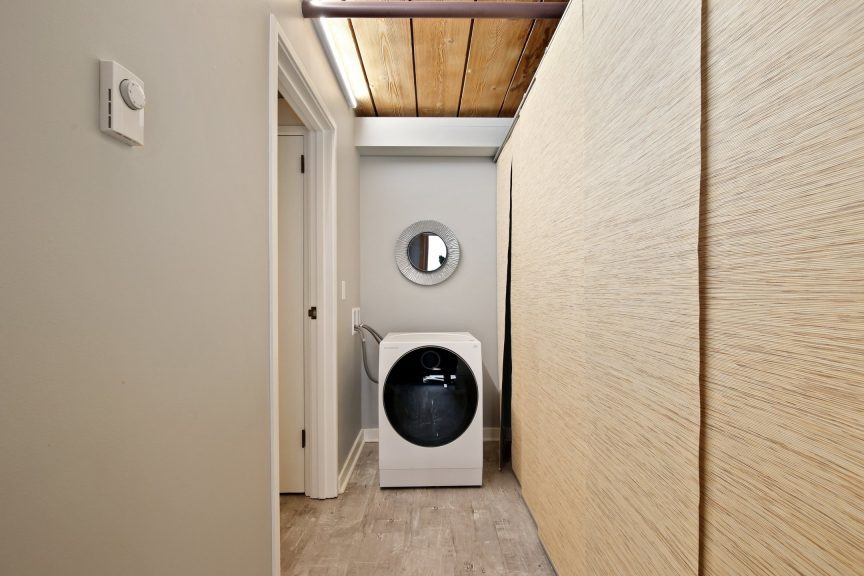 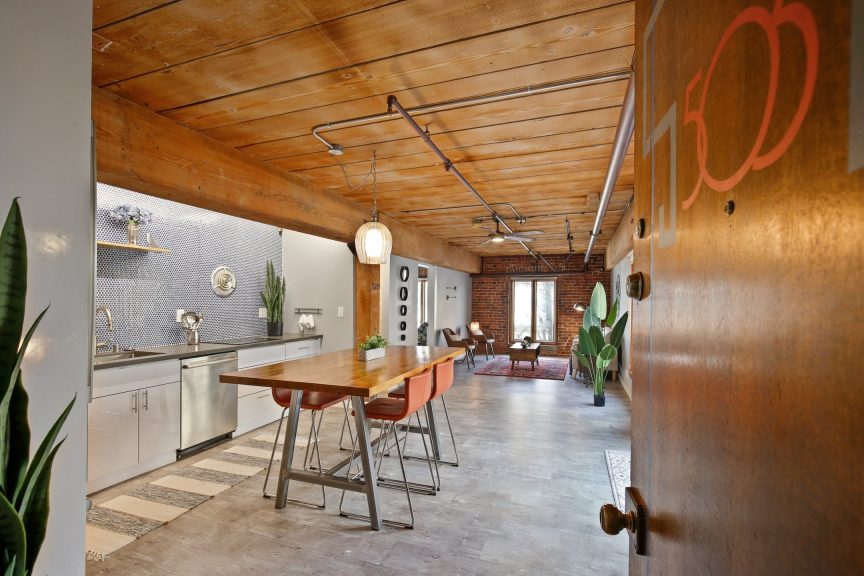 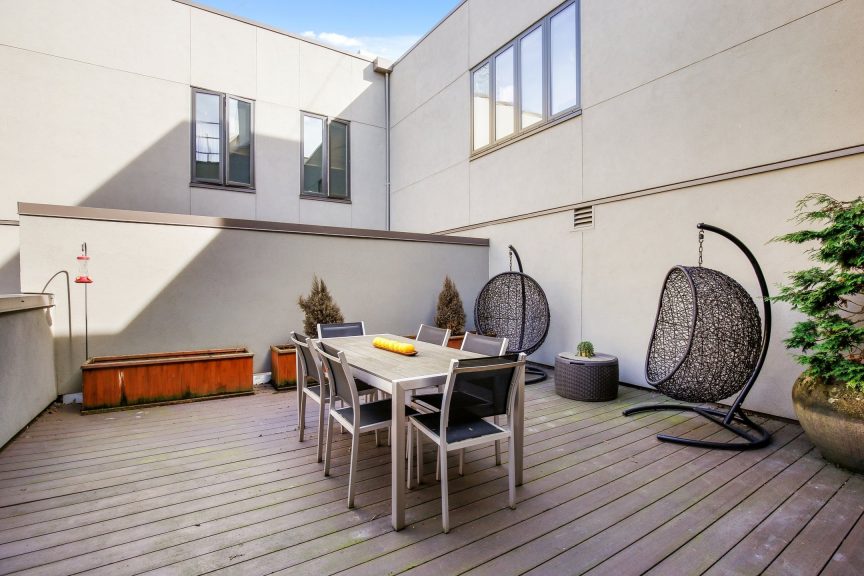 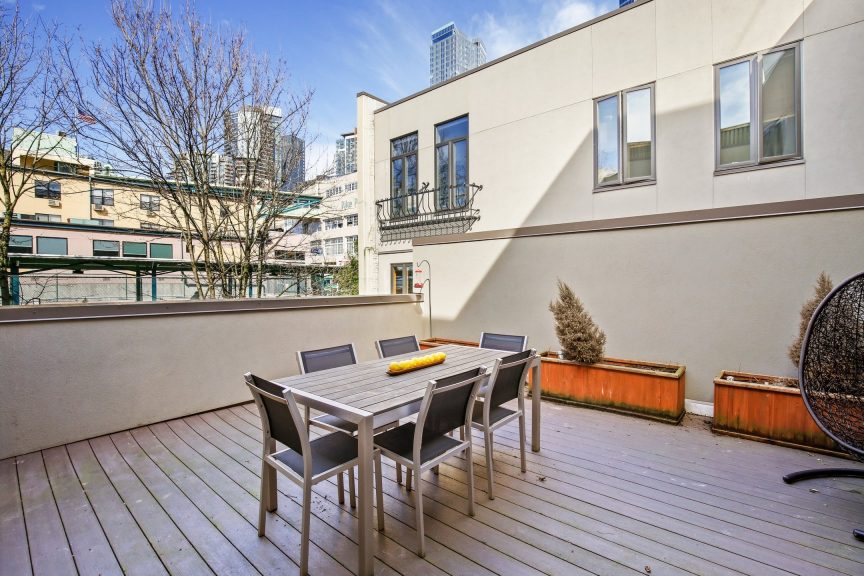 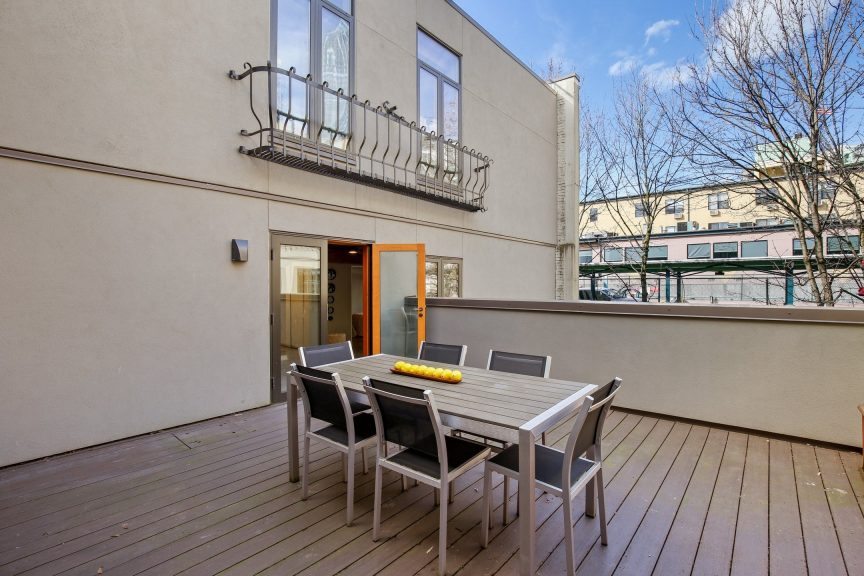 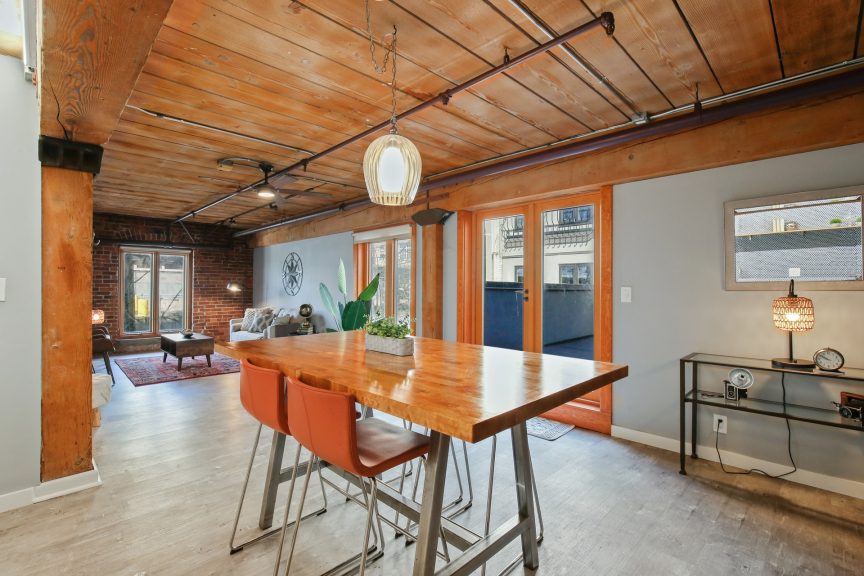