Photos of Ruby Condos on Eastlake 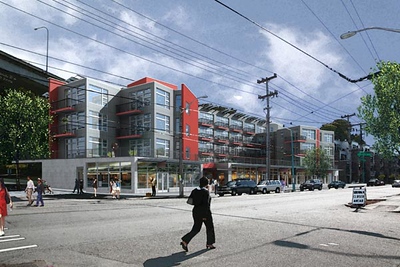 Ruby’s a 52 unit four story building at the north end of Eastlake. There’s six retails units on the ground floor that they’re selling through Laura Miller of Catalyst Commercial Partners. All the units are open one bedroom or one bedroom units. The building is being developed by Barrientos who has done a lot of projects such as Leona on Queen Anne, Pearl Apartments on Capitol Hill, Stadium Lofts in Pioneer Square, etc. The builder is Express Construction who built Eastlake Lofts, the 18 unit project, that Tanya last sold. The architect is Johnson Architecture and Planning who has worked with Barrientos in the past and also did Trace Lofts & Trace North where I live.

We walked through a lot of floor plans and most are pretty sensibly laid out. Surprisingly, because of their orientation some of the north units like the x01 are pretty nice. I liked ones with the washer and dryer tucked in the bathroom, there was lots of storage and the kitchens are full size. Appliance line is Whirlpool and the units have the necessary venting if you want to add your own air conditioner and there is a ceiling box ready for a fan. Yes, the units sport the usual engineered hardwood and granite counters but the kitchens are definitely a step up from the kitchens at the Meritage. I also liked the bathroom finishes with granite slab counter top and under mount sink. Floor tile was nice too. 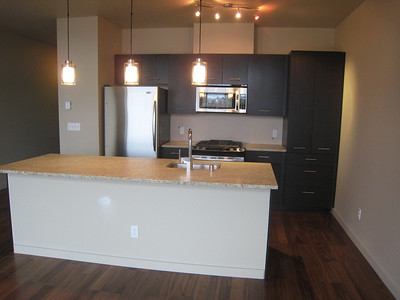 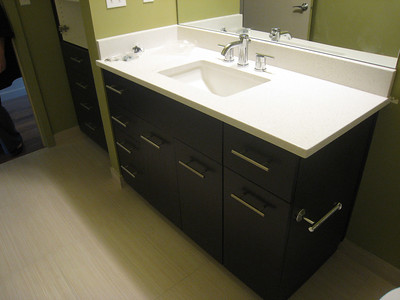 Buyers should be aware of two things about this building.

First is the noise as it’s right beside the I-5 freeway. They did design the building in such a way to minimize noise and were successful for many units. However, for some of the north units you’ll have to learn to love the roar of the freeway just like I’ve learned to sleep through all the sirens at 12th and Madison. Tanya did point me to the I-5 – Ship Canal Bridge Noise Study. Looks like they are actively working to reduce the noise impact of the bridge. 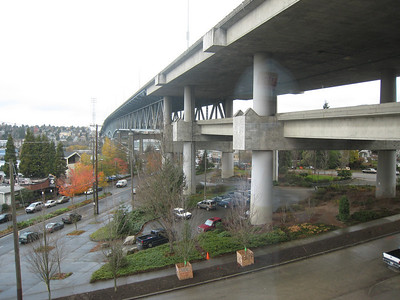 Second is that some of the water views may be endangered in the future if the Eastlake Bar & Grill site is developed. The good news is that a ten year lease there was just signed but as we all know, nothing is guaranteed so do your research on zoning. 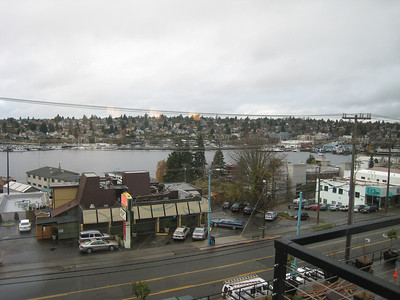 It’ll be interesting to see how sales go (they started mid-January) as compared to Equinox down the street. My guess is that Ruby will fare better given that they aren’t selling until the building is done and they certainly talk like they’re going to price realistically and will be targeting first time home buyers but we won’t be able to judge that until actual list prices are released.

View all my photos of Ruby Condos on Eastlake.

Ruby and Leona Sold Out