Burnaby, B.C.-based Bosa Development Corp. will start construction in the next two weeks on the first of what will be two 41-story, 335-unit condo towers in Seattle’s Denny Regrade.

We hear it could be as early as next week and will be finished in late 2014.

Anyone have a DJC subscription and willing to share the article with us? [email protected]

Update: The Seattle Times has an article that’ll appear in Friday’s paper with a lot more detail, 41-story condo tower ready to start in downtown Seattle:

He said the first phase will cost $180 to $200 million, and for now he is financing it himself. But he said four banks that have loaned money for his San Francisco condo project have indicated they will provide money for Insignia “whenever we are ready.”

A meeting Monday with a major Seattle lender also went well, Bosa said, although the lender made no commitment.

He wouldn’t say how much equity he plans to invest in Insignia, “but it will be a lot … 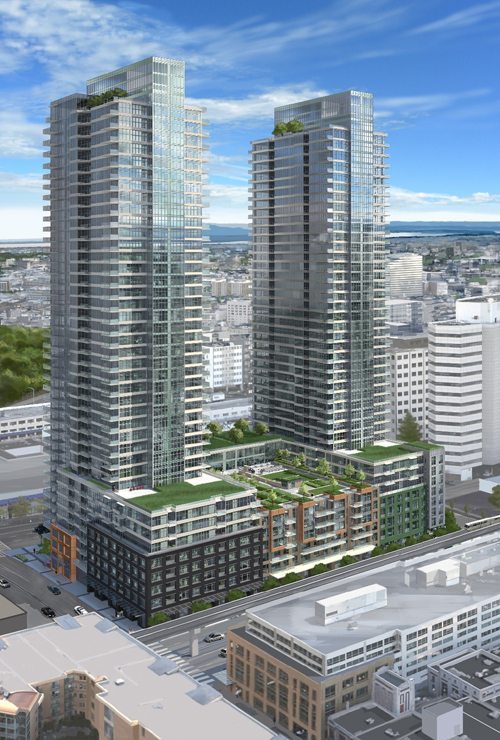