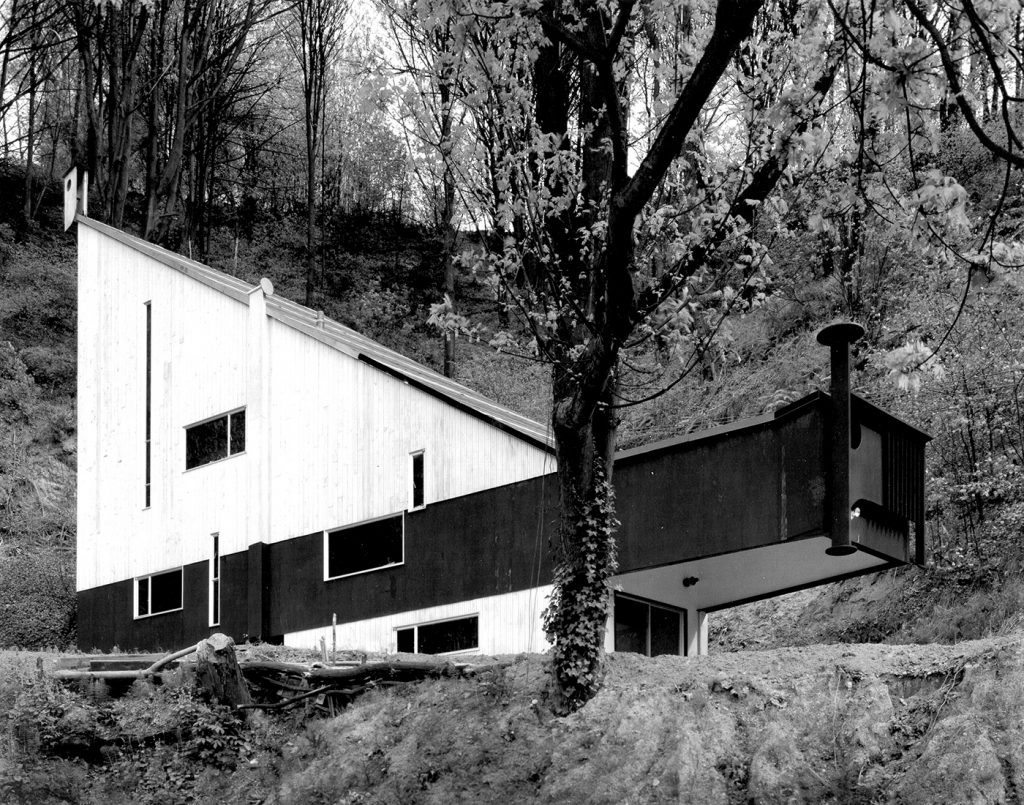 Here’s your chance to sneak a peek inside Lakeview Boulevard’s Egan House, on August 16th with Historic Seattle:

Come celebrate one of Seattle’s most unusual modernist residences (designated a City Landmark in 2009). Construction of the Egan House was completed in 1959, with the house nestled between Seattle’s Eastlake and Capitol Hill neighborhoods. At the time, it cost $10,762. Designed by architect Robert Reichert for Admiral Willard Egan, it is one of Reichert’s most notable residential designs. Its fame is based on two factors—the advanced design and the house’s relationship to the surrounding property. For these same reasons, the wooden triangular form on a rectilinear plane sitting atop a pier block is an easily recognizable landmark within the city. Though threatened with demolition in 1989, it survived four subsequent ownerships. When the Seattle Parks and Recreation Department purchased a large swath of land below St. Mark’s Cathedral in 1998, it included the Egan House.

Mark your calendars for the 2022 Seattle Home Fairs