A visit to Mosler Lofts

The other day a few of us from work hopped on the bus and headed down to our co-workers new loft at Mosler Lofts. 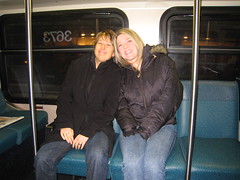 The interesting story about this loft isn’t the unit itself but rather Adam’s pre-sale experience. Adam purchased the loft twenty months ago with the intent of moving in. However, since signing the purchase and sale Adam went from being a single guy on Capitol Hill to being in a relationship to living with his girlfriend. Meanwhile Mosler pushed back the schedule several times. Once Adam did his first walk through it became pretty clear that the space (a very open one bedroom) wasn’t gotten to work for two people working different schedules. Adam’s now trying to rent the loft and may put it on the market in the new year. He certainly didn’t intend to flip the unit but now he’d very much like to.

Right off the bat the nice thing about the location, and this is true for most of Belltown, is that it is in the bus ride free zone making it easy to get to and from downtown. On the way we passed by Moda: 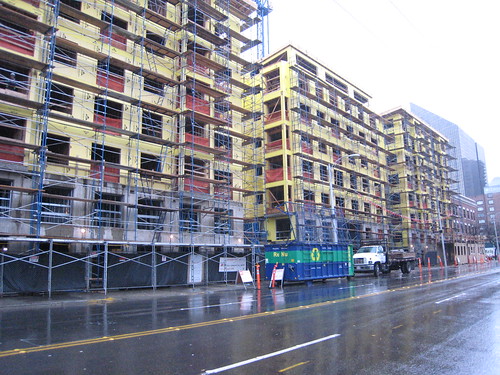 Like many condos Mosler has a lobby that feels dated in design even before its finished. Apparently the hanging rings were $50,000+. We all agreed it would have been better to have returned that money to the buyers and opted for a cheaper art installation. 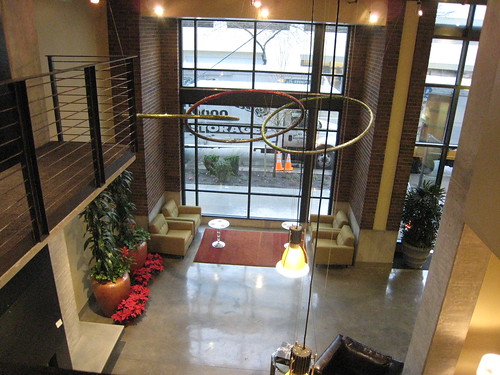 My favorite touch was the sticky note on the fire place indicating that it was hot. 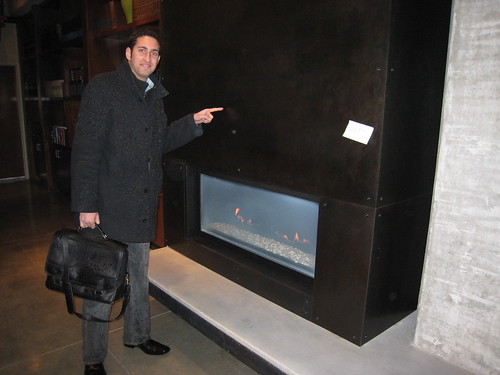 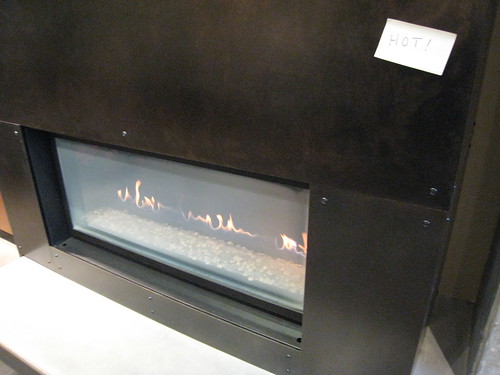 The kitchen turned out really nice (though I don’t know why this photo didn’t): 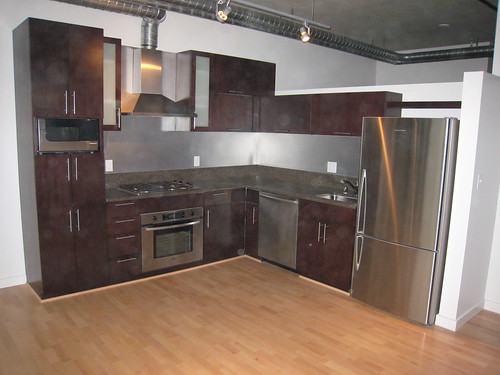 And as always the Mosler Lofts Blog provides good insight into the day to day happenings at Mosler:

Overall, I like Mosler Lofts but 650 square feet probably wouldn’t have been enough space for me my stuff. And hopefully Adam can find a tenant or a buyer (there is currently 8 units on the market.)